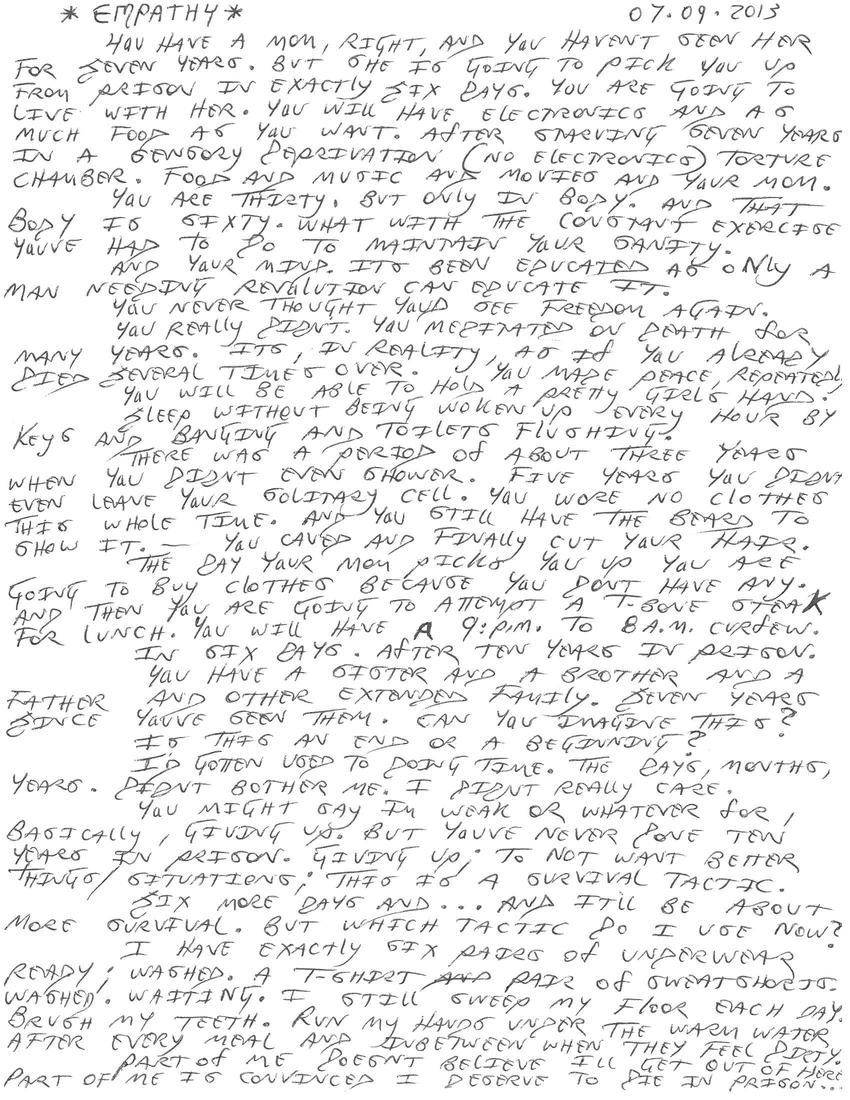 You have a mom, right, and you haven't seen her for seven years. But she is going to pick you up from prison in exactly six days. You are going to live with her. You will have electronics and as much food as you want. After starving seven years in a sensory deprivation (no electronics) torture chamber. Food and music and movies and your mom.

You are thirty. But only in body. And that body is sixty. What with the constant exercise you've had to do to maintain your sanity.

And your mind. Its been educated as only a man needing revolution can educate it.

You never thought you'd see freedom again. You really didn't. You meditated on death for many years. It's in reality as if you already died several times over. You made peace, repeatedly.

You will be able to hold a pretty girls hand! Sleep without being woken up every hour by keys and banging and toilets flushing.

There was a period of about three years when you didn't even shower. Five years you didn't even leave your solitary cell. You wore no clothes this whole time. And you still have the beard to show it. You caved and finally cut your hair.

In six days. After ten years in prison. You have a sister and a brother and a father and other extended family. Seven years since you've seen them. Can you imagine this?

Is this an end or a beginning?

I'd gotten used to doing time. The days, months, years. Didn't bother me. I didn't really care. You might say I'm weak or whatever for basically giving up. But you've never done ten years in prison. Giving up; to not want better things/situations; this is a survivial tactic. Six more days and...and it'll be about more survival. But which tactic do I use now?

I have exactly six pairs of underwear ready; washed. A t-shirt and pair of sweatshorts. Washed. Waiting. I still sweep my floor each day. Brush my teeth. Run my hands under the warm water after every meal and inbetween when they feel dirty.

Part of me doesn't believe I'll get out of here. Part of me is convinced I deserve to die in prison...