The Witness in Question 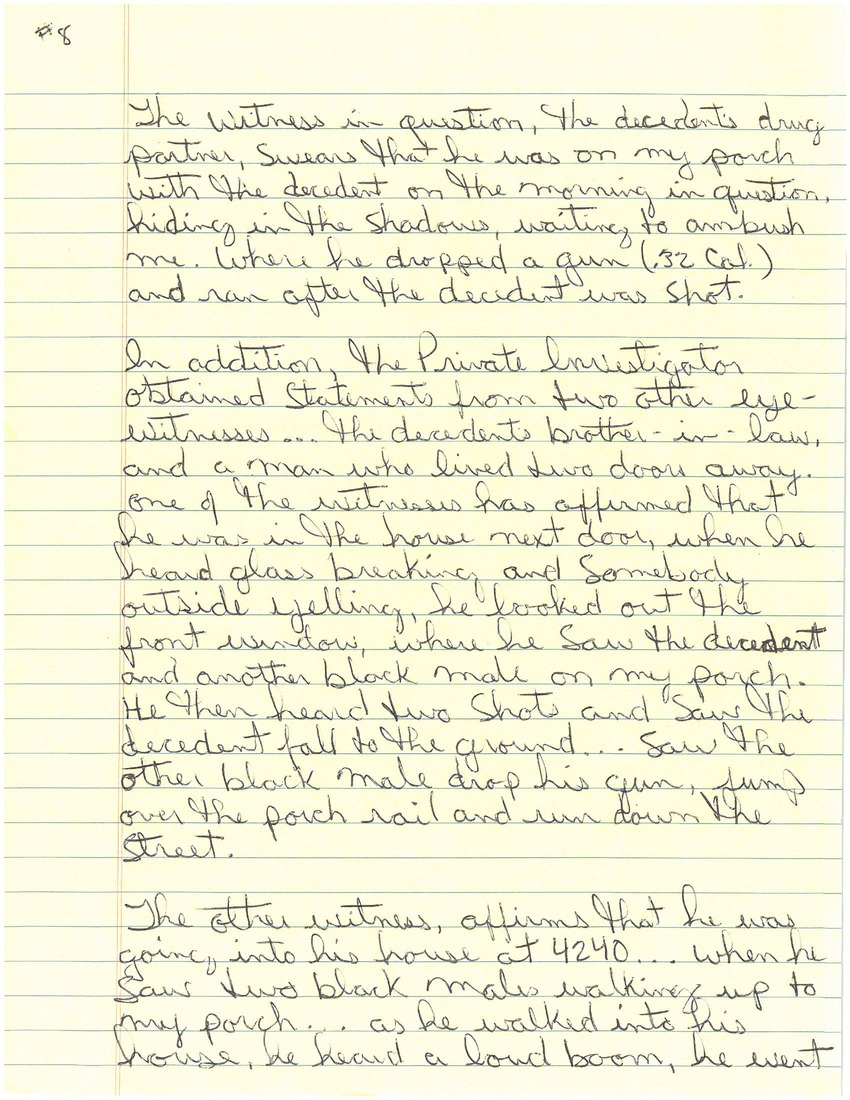 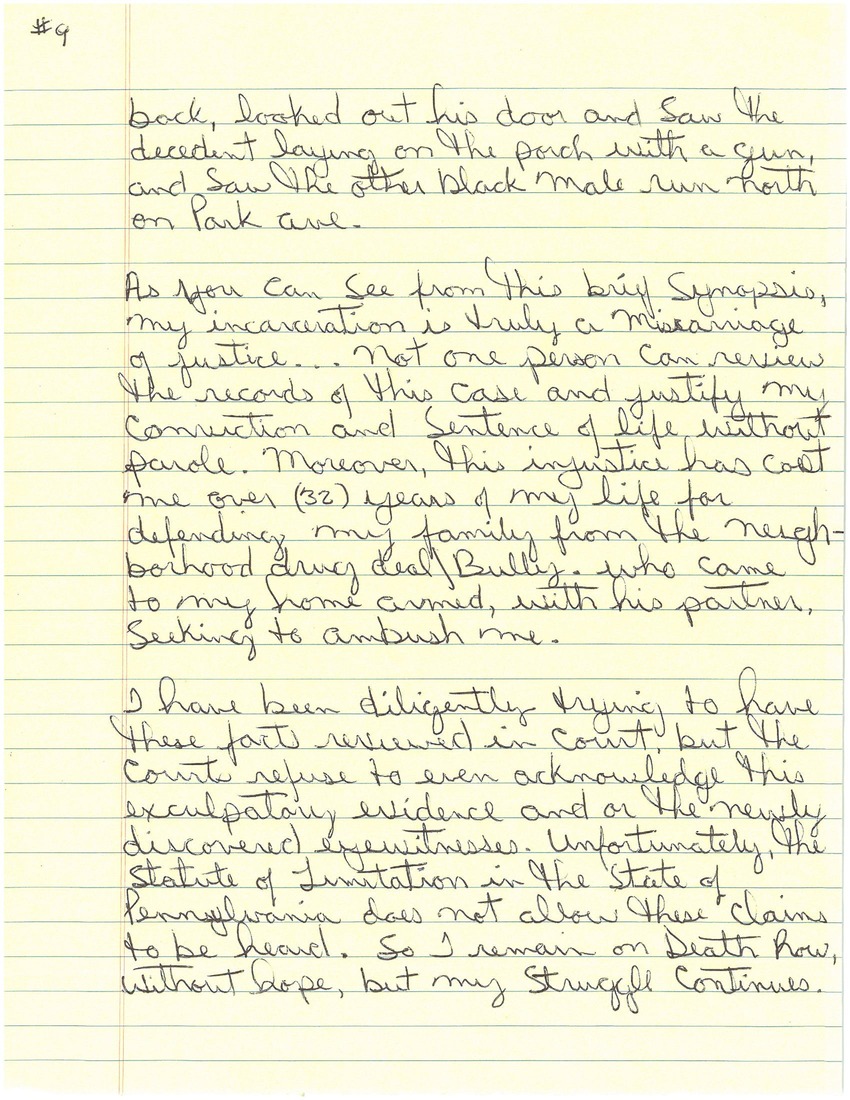 The witness in question, the decedent's drug partner, swears that he was on my porch with the decedent on the morning in question. Hiding in the shadows, waiting to ambush me. Where he dropped a gun (.32 Cal.) and ran after the decedent was shot.

In addition, the private investigator obtained statements from two other eye witnesses, the decedent's brother-in-law and a man who lived two doors away. One of the witnesses has affirmed that he was in the house next door when he heard glass breaking and somebody yelling outside. He looked out the front window when he saw the decedent and another black male on my porch. He then heard two shots and saw the decedent fall to the ground. Saw the other black male drip his gun, jump over the porch rail, and run down the street.

The other witness affirms that he was going into his house at 4240 when he saw two black males walking up to my porch. As he walked into his house, he heard a loud boom. He went back, looked out his door, and saw the decedent laying on the porch with a gun, and saw the other black male run forth on Park Ave.

As you can see from this brief synopsis, my incarceration is truly a miscarriage of justice. Not one person can review the records of this case and justify my parole. Moreover, this injustice has cost me over 32 years of my life for defending my family from the neighborhood drug deal/bully who came to my home, armed, with his partner. Seeking to ambush me.

I have been diligently trying to have these facts reviewed in court, but the court refuses to even acknowledge this exculpatory evidence and/or the newly discovered eye witnesses. Unfortunately, the statue of limitations in the state of Pennsylvania does not allow these claims to be heard. So I remain on death row without hope. But my struggle continues.