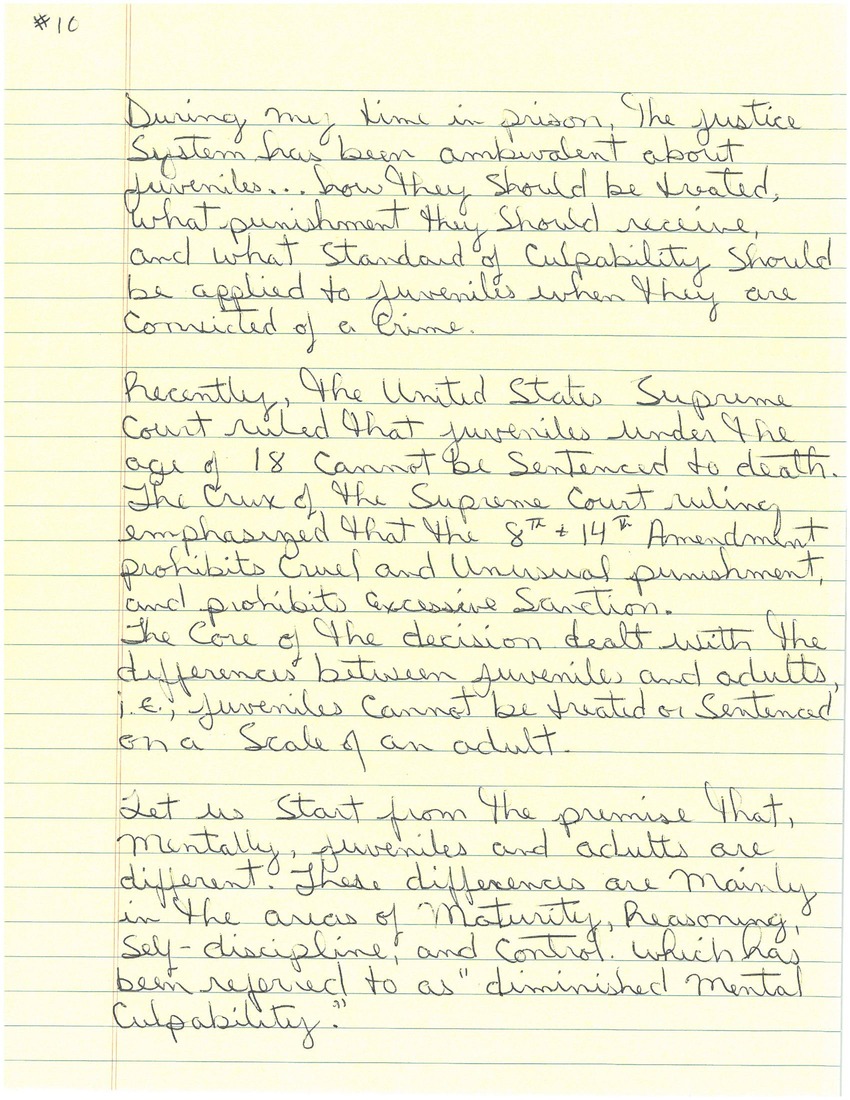 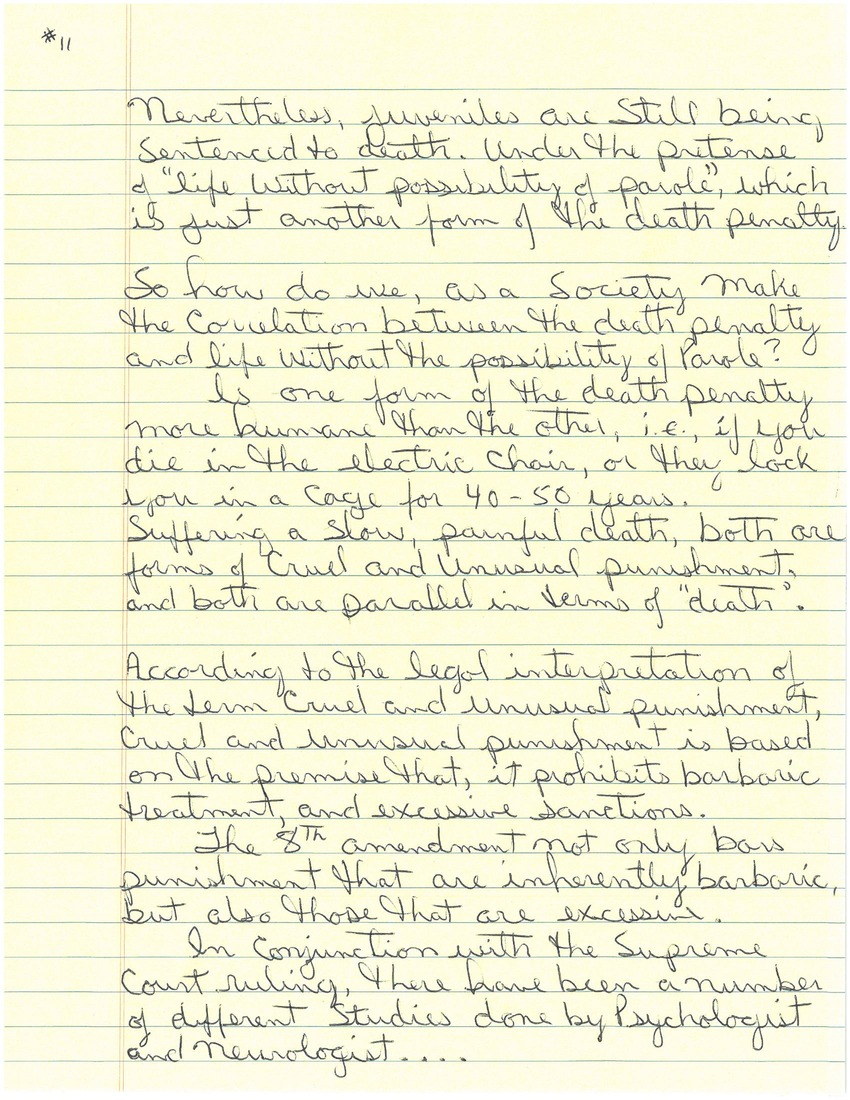 During my time in prison, the justice system has been ambivalent about juveniles. How they should be treated, what punishment they should receive, and what standard of culpability should be applied to juveniles when they are convicted of a crime.

Recently, the United States Supreme Court ruled that juveniles under the age of 18 cannot be sentenced to death. The crux of the Supreme Court ruling emphasized that the 8th and 14th Amendment prohibits cruel and unusual punishment, and exorcise sanction.

The core of the decision dealt with the differences between juveniles and adults, i.e. juveniles cannot be treated or sentenced on a scale of an adult.

Let us start from the promise that, mentally, juveniles and adults are different. These differences are mainly in the areas of maturity, reasoning, self-discipline, and control, which has been referred to as "diminished mental culpability."

Nevertheless, juveniles are still being sentenced to death under the pretense of life without possibility of parole, which is just another form of the death penalty.

So how do we, as a society, make the correlation between the death penalty and life without the possibility of parole? Is one form of the death penalty more humane than the other? Should you die in the electric chair or lock you up in a cage for 40 or 50 years, suffering a slow and painful death? Both are forms of cruel and unusual punishment, and both are parallel to the terms of death.

The 8th Amendment not only bans punishment that are inherently barbaric, but also those that are excessive.

In conjunction with the Supreme Court ruling, there have been a number of different studies done by psychologists and neurologists.