Crime and Punishment: the Conviction of an Innocent Child 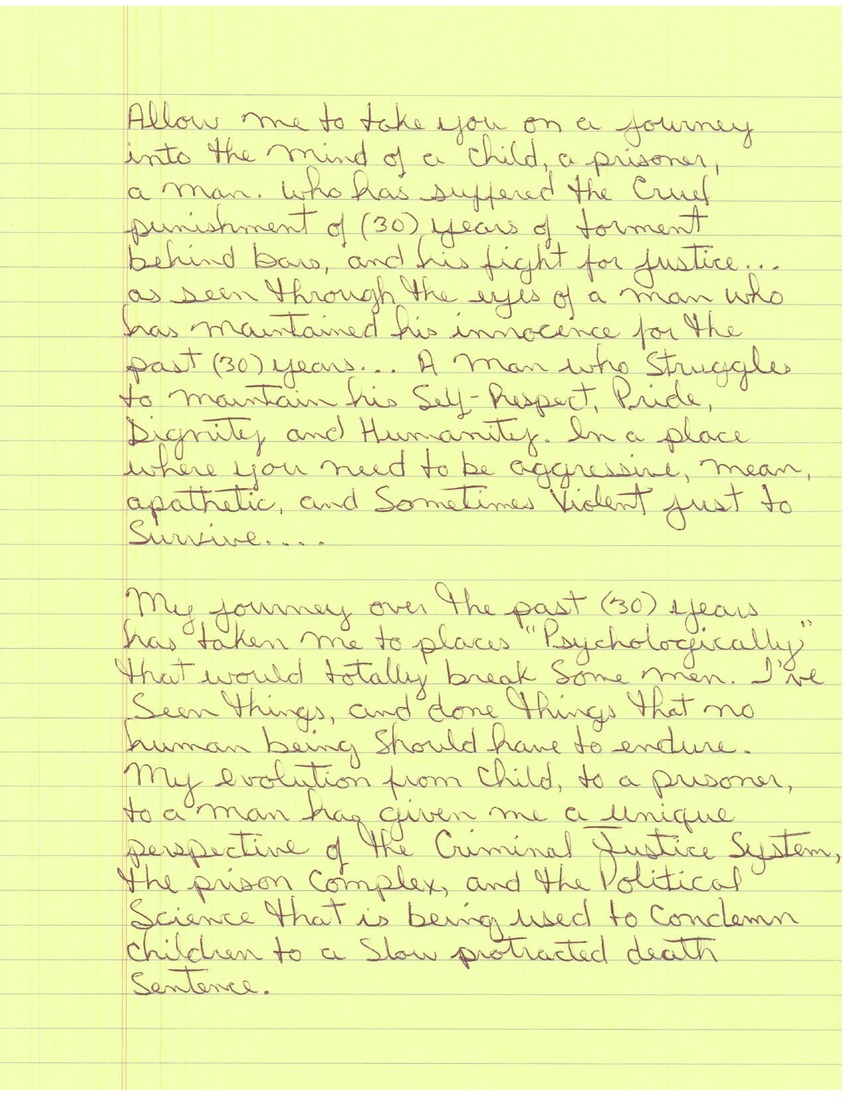 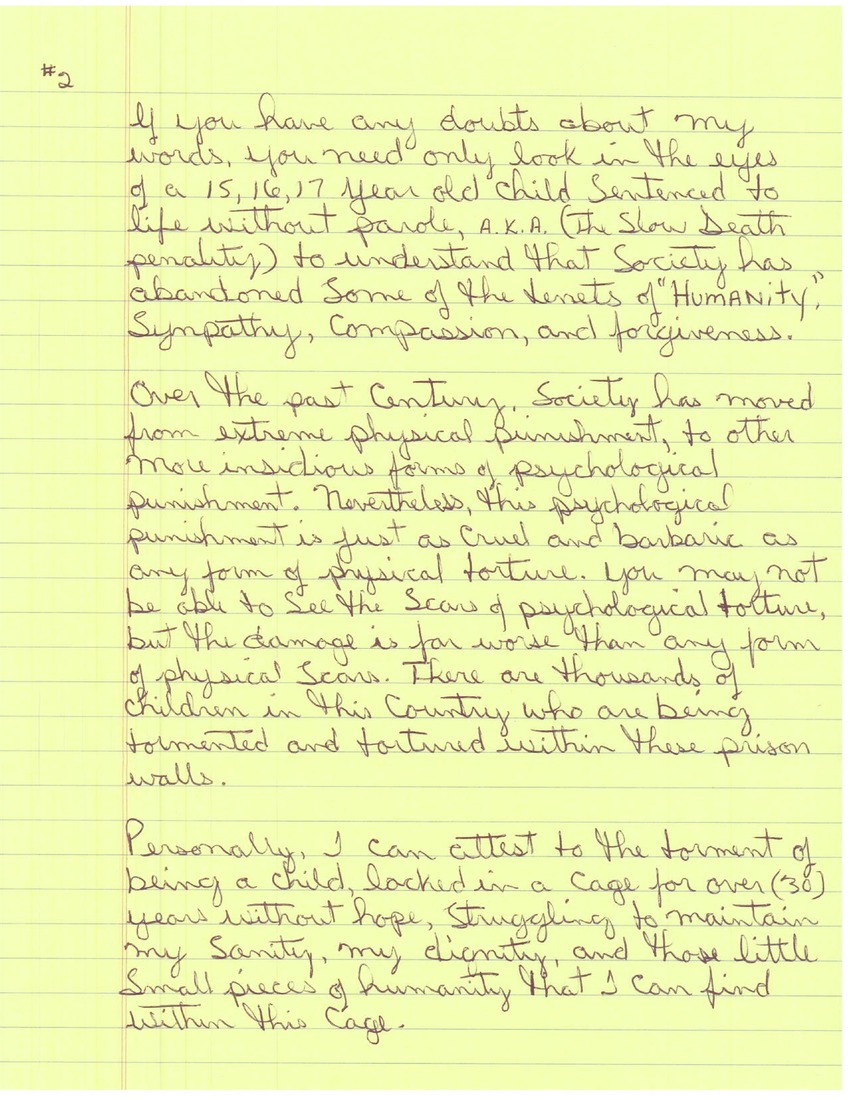 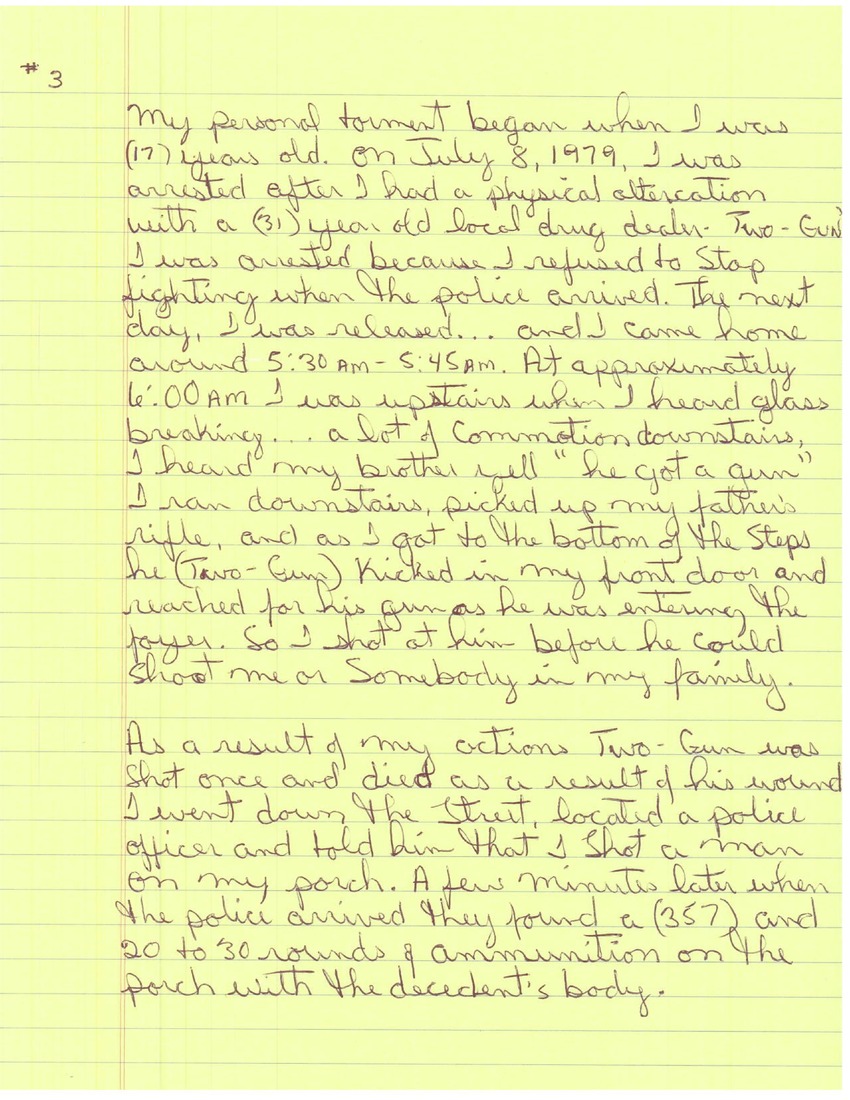 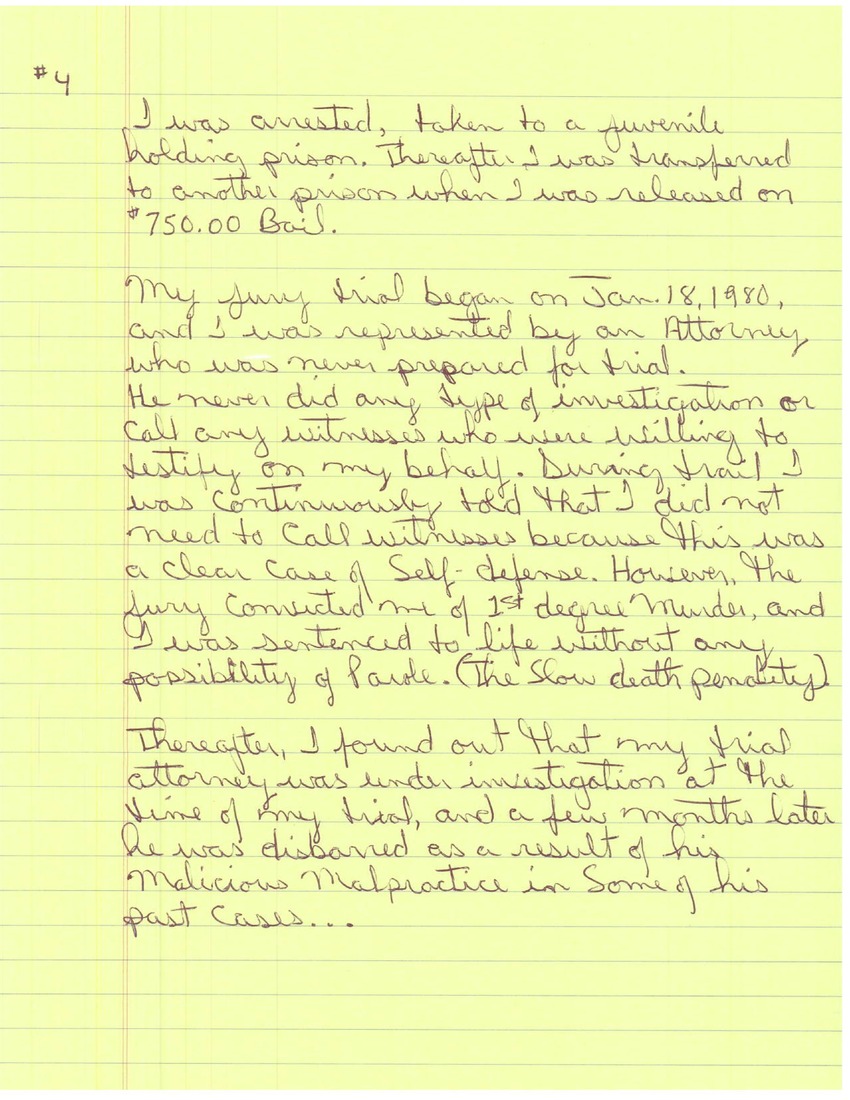 Allow me to take you on a journey into the mind of a child, a prisoner, a man. Who has suffered the cruel punishment of (30) years of torment behind bars, and his fight for justice... as seen through the eyes of a man who has maintained his innocence for the past (30) years... A man who struggles to maintain his self-respect, pride, dignity and humanity. In a place where you need to be aggressive, mean, apathetic, and sometimes violent just to survive...

My journey over the past (30) years has taken me to places "psychologically" that would totally break some man. I've seen things, and done things that no human being should have to endure. My evolution from child, to a prisoner, to a man has given me a unique perspective of the criminal justice system, the prison complex, and the political science that is being used to condemn children to a slow protracted death sentence.
#2
If you have any doubts about my words, you need only look in the eyes of a 15, 16, 17 year old child sentenced to life without parole, A.K.A (The Slow Death penalty) to understand that society has abandoned some of the tenets of "humanity", sympathy, compassion, and forgiveness.

Personally, I can attest to the torment of being a child, locked in a cage for over (38) years without hope, struggling to maintain my sanity, my dignity, and those little small pieces of humanity that I can find within this cage.
#3
My personal torment began when I Was (17) years old. On July 8, 1979, I was arrested after I had a physical altercation with a (31) year old local drug dealer. Two - Gun' I was arrested because I refused to stop fighting when the police arrived. The next day, I was released... and I came home around 5:30 AM- 5:45 AM. At approximately 6:00 AM I was upstairs when I heard glass breaking... a lot of commotion downstairs, I heard my brother yell "he got a gun" I ran downstairs, picked up my father's rifle, and as I got to the bottom of the steps he (Two-Gun) kicked in my front door and reached for his gun as he was entering the foyer. So I shot at him before he could shoot me or somebody in my family.

As a result of my actions Two-Gun was shot once and died as a result of his wound. I went down the street, located a police officer and told him that I shot a man on my porch. A few minutes later when the police arrived they found a (357) and 20 to 3 rounds & ammunition on the porch with the decedent's body. I was arrested, taken to a juvenile holding prison. Thereafter, I was transferred to another prison when I was released on $750.00 bail.

My jury trial began on Jan. 18, 1980 and I was represented by an attorney who was never prepared for trial.
He never did any type of investigation or call any witnesses who were willing to testify on my behalf. During trial I was continuously told that I did not need to cal witnesses because this was a clear case of self-defense. However, the jury convicted me of 1st degree murder, and I was sentenced to life without any possibility of parole. (The Slow Death Penalty).

Thereafter, I found out that my trial attorney was under investigation at the time of my trial, and a few months later he was disbarred as a result of his malicious malpractice in some of his past cases...