Thoughts From The Heart 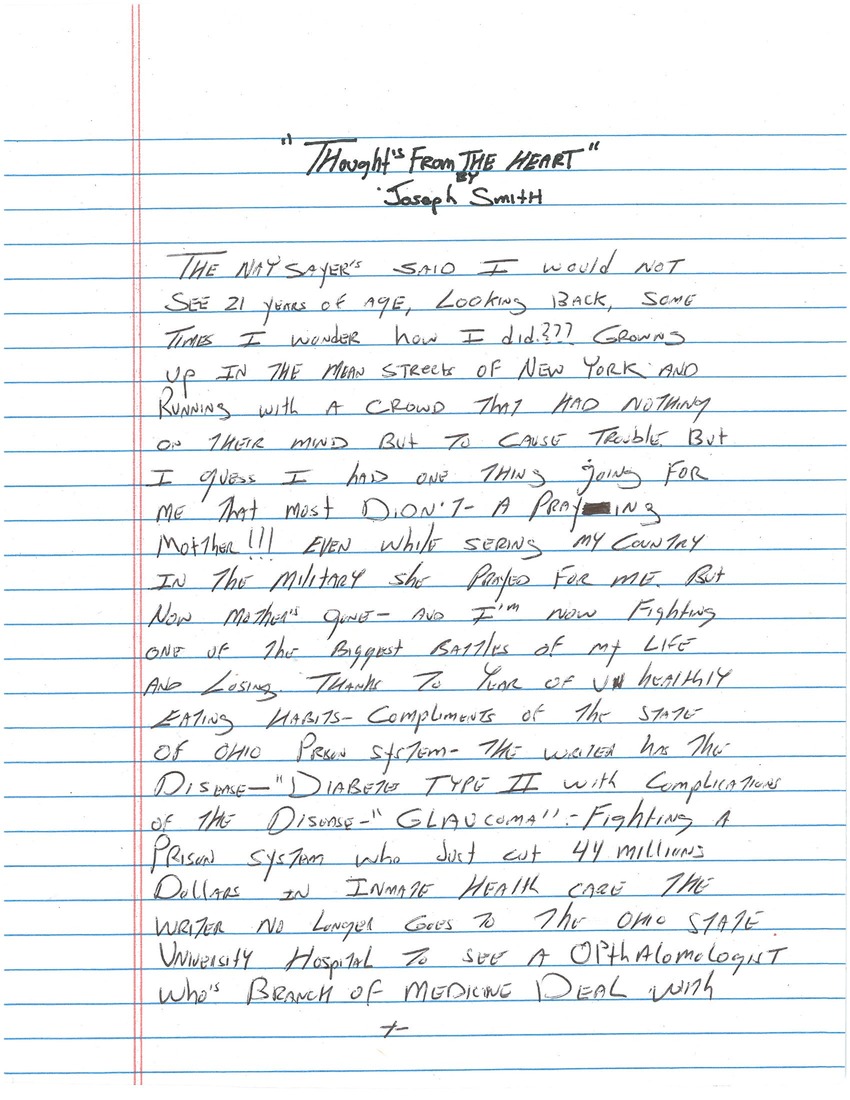 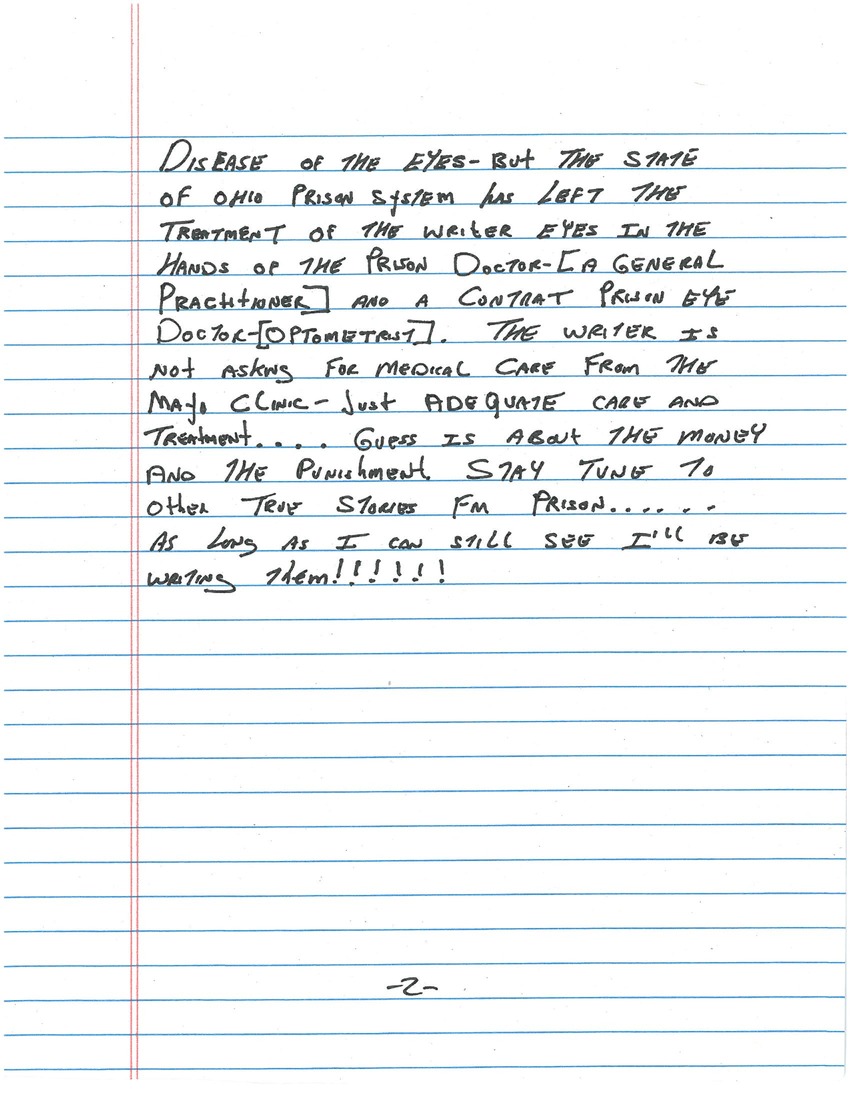 Thought from the Heart
Joseph Smith

The naysayers said I would not see 21 years of age. Looking back, sometimes I wonder how I did? Grown ups in the mean streets of New York and running around with a crowd that had nothing on their minds but to cause trouble. But I guess I have one thing going for me that most didn't—a praying mother! Even while serving my country in the military, she prayed for me.

But now Mother's gone—and now I'm fighting one of the biggest battles of my life and losing thanks to years of unhealthy living habits. Compliments to the state of Ohio prison system. The water has the disease—diabetes type II with complications of the disease glaucoma. Fighting a prison system who just cut 44 million dollars to inmate health care. The writer no longer goes to the Ohio State University Hospital to see a ophthalmologist whose branch of medicine deals with disease of the eyes. But the state of Ohio prison system has left the treatment of the writer's eyes in the hand of the prison doctor, a general practitioner, and a contract prison eye doctor (optometrist).

The writer is not asking for medical care from the Mayo Clinic—just adequate care and treatment. Guess it's about the money and the punishment.

Stay tuned to other true stories from prison. As long as I can still see, I'll be writing them!