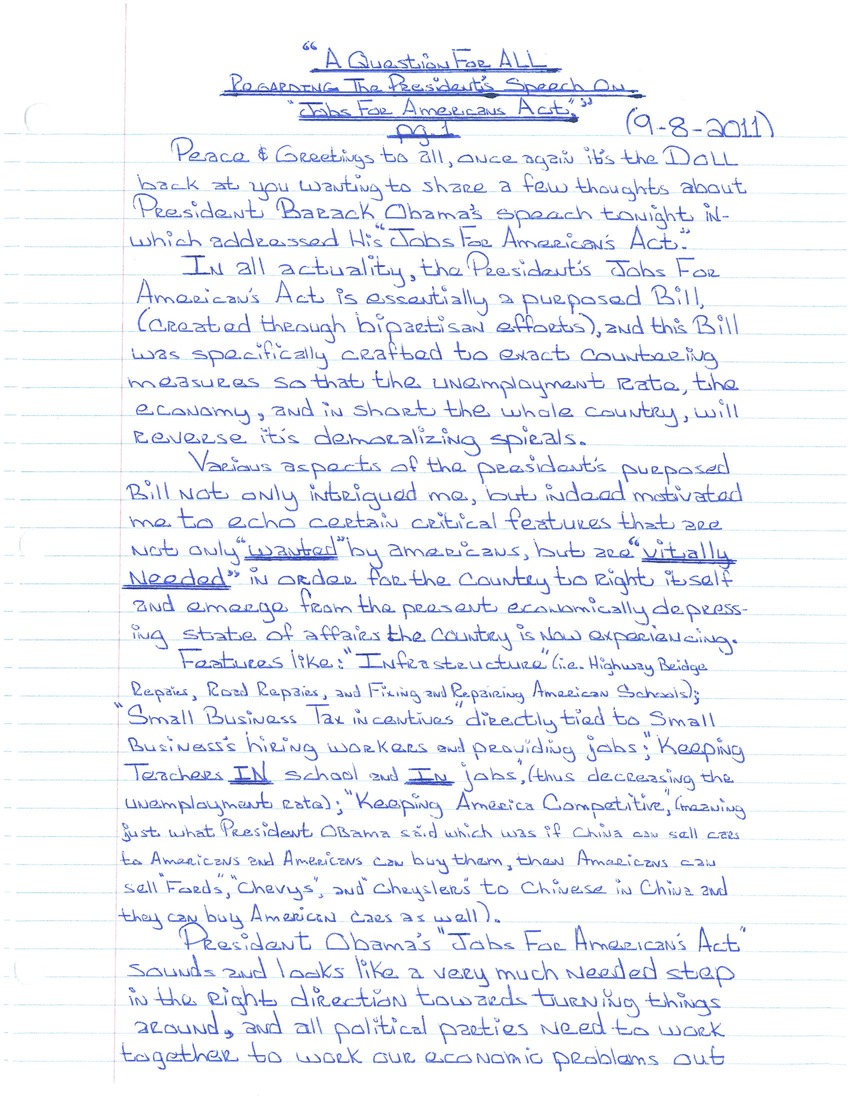 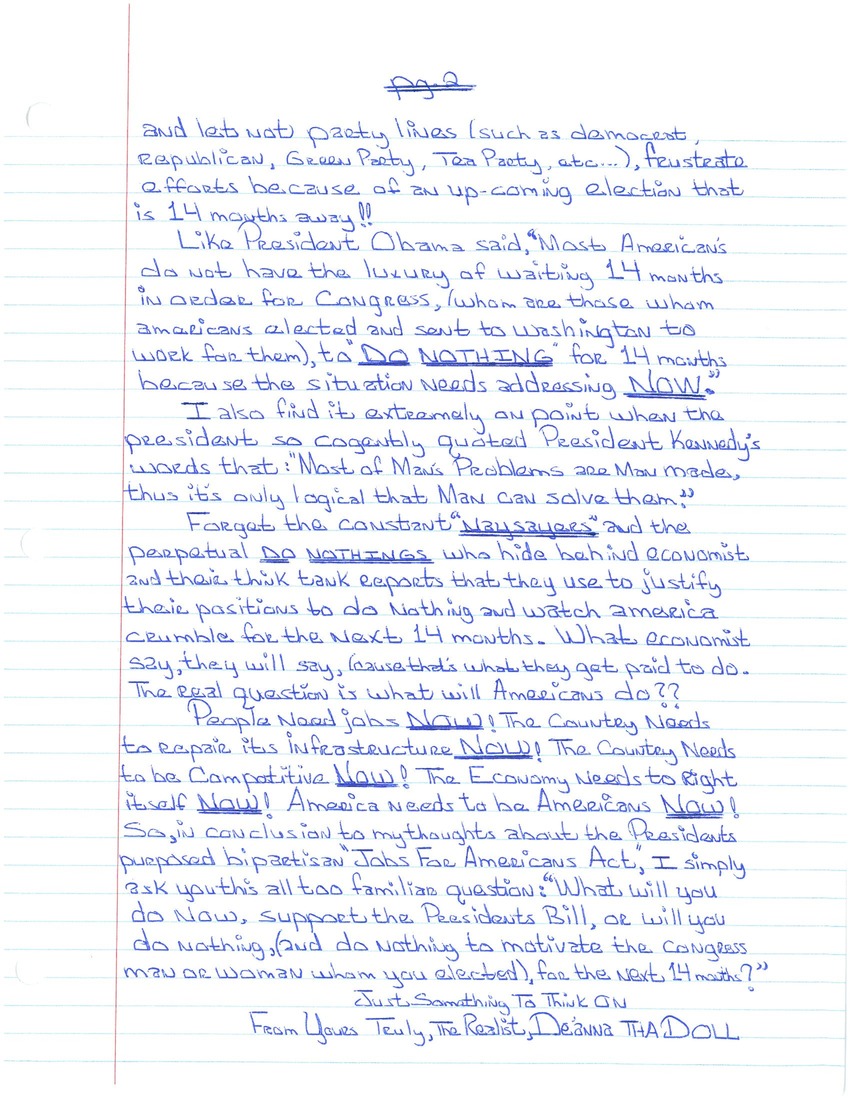 Peace and greetings to all. Once again, it's Doll back at you wanting to share a few thoughts about President Barack Obama's speech tonight in which addressed his Jobs for Americans Act.

In all actuality, the president's Job for Americans Act is essentially a purposed bill created through bipartisan efforts, and this bill was specifically created to exact counter measures so that the unemployment rate, the economy, and, in short, the whole county will reverse its demoralizing spiral.

Various aspects of the president's purposed bill not only intrigued me but motivated me to echo certain critical features that are not only wanted by Americans but are virtually needed in order for the country to right itself and emerge from the present economically depressing state of affairs the country is now experiencing.

Features like: infrastructure (i.e. highway bridge repairs, road repairs, fixing and repairing American schools); small business tax incentives directly tied to small businesses hiring workers and providing jobs; keeping teachers in school and in jobs, thus decreasing the unemployment rate; keeping America competitive (meaning just what President Obama said, which was if China can sell cars to America and Americans can buy them, then Americans can sell Fords, Chevys, and Chryslers to Chinese in China, and they can buy American cars as well).

President Obama's Jobs for Americans Act sounds and looks like a very much needed step in the right direction towards turning things around, and all political parties need to work together to work our economic problems out and not let party lines (Democrats, Republicans, Green Party, Tea Party, etc.) frustrate efforts because of an upcoming election that is fourteen months away!

Like President Oabma said, "Most Americans do not have the luxury of waiting fourteen months in order for Congress (whom are those whom Americans elected and sent to Washington to work for them) do NOTHING for fourteen months because the situation needs addressing NOW."

I also find it externally on point when the president so cogently quoted President Kennedy's words that: "Most of man's problems are man-made, thus it's only logical that man can solve them."

Forget the constant naysayers and the perpetual "do-nothings" who hide behind economists and their think-tank reports that they use to justify their positions to do nothing and watch America crumble for the next fourteen months. What economists say, they will say, 'cause that's what they're paid to do. The real question is what will Americans do?

Just something to think on.

From yours truly,
The realist, De'anna Tha Doll