"When Is Enough, Enough!" Bullying, poverty, and where do we go from here 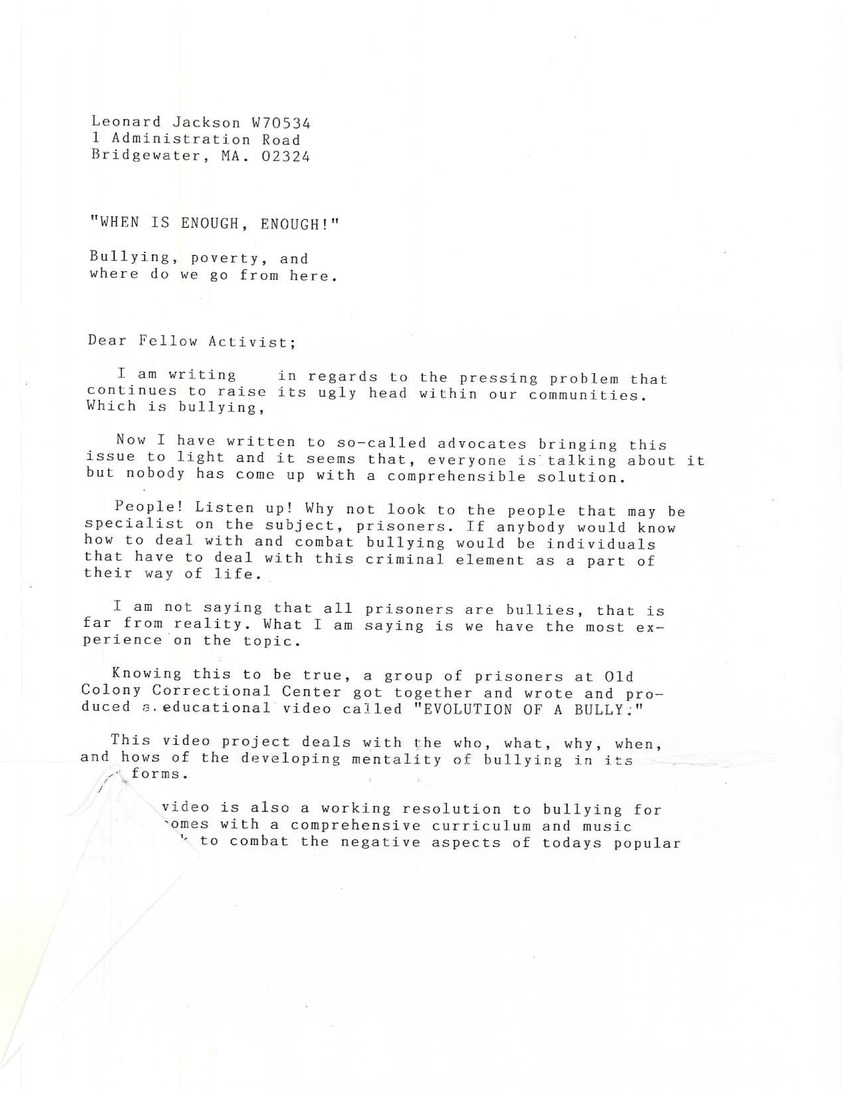 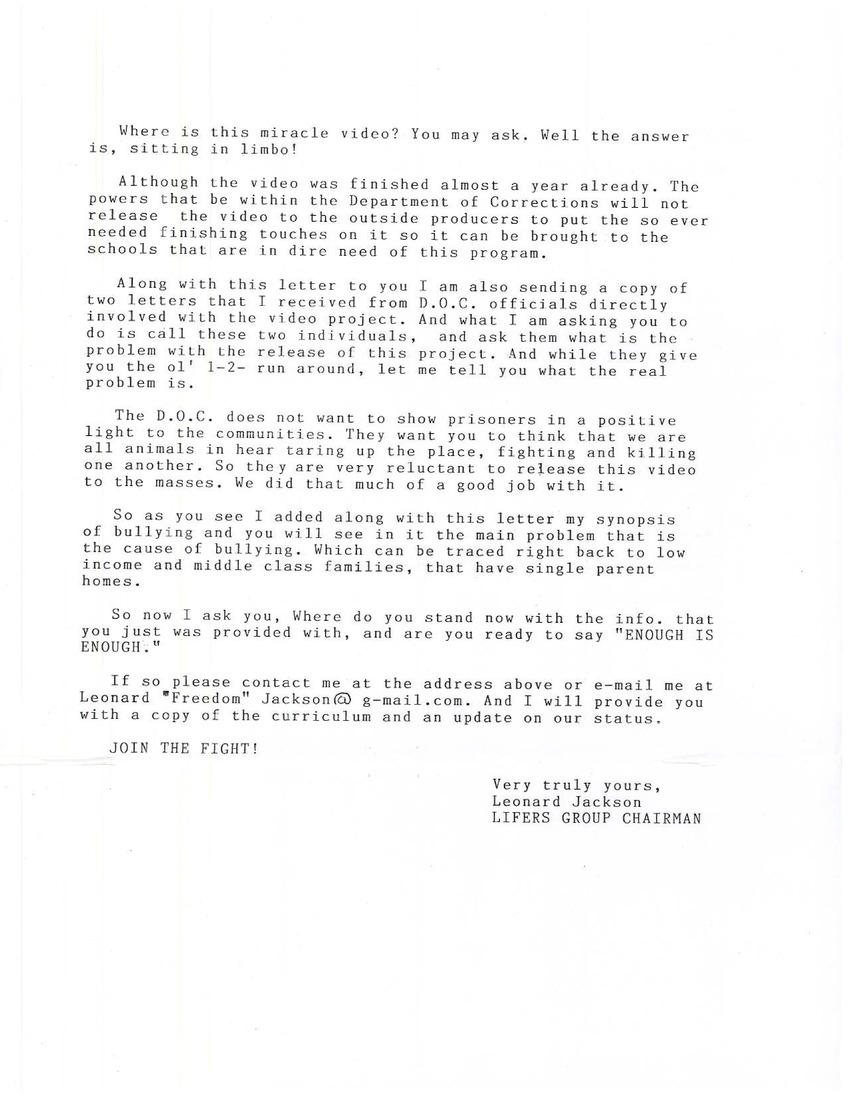 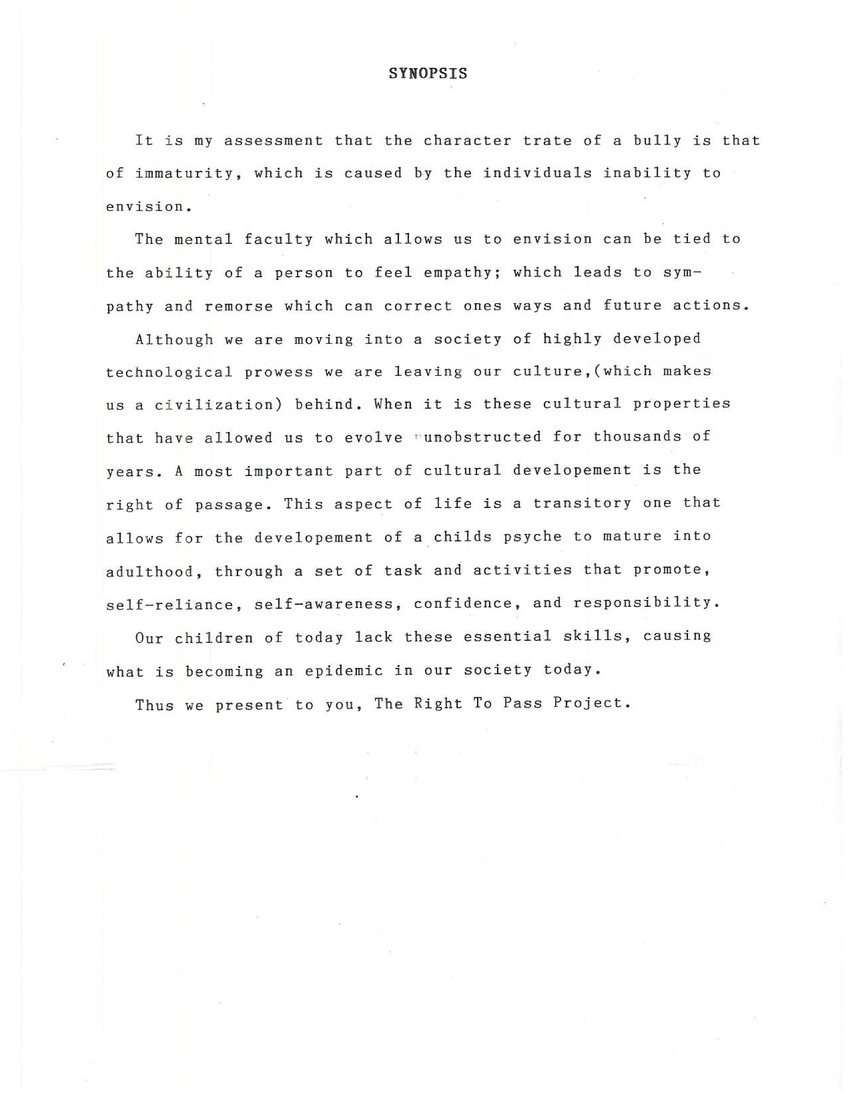 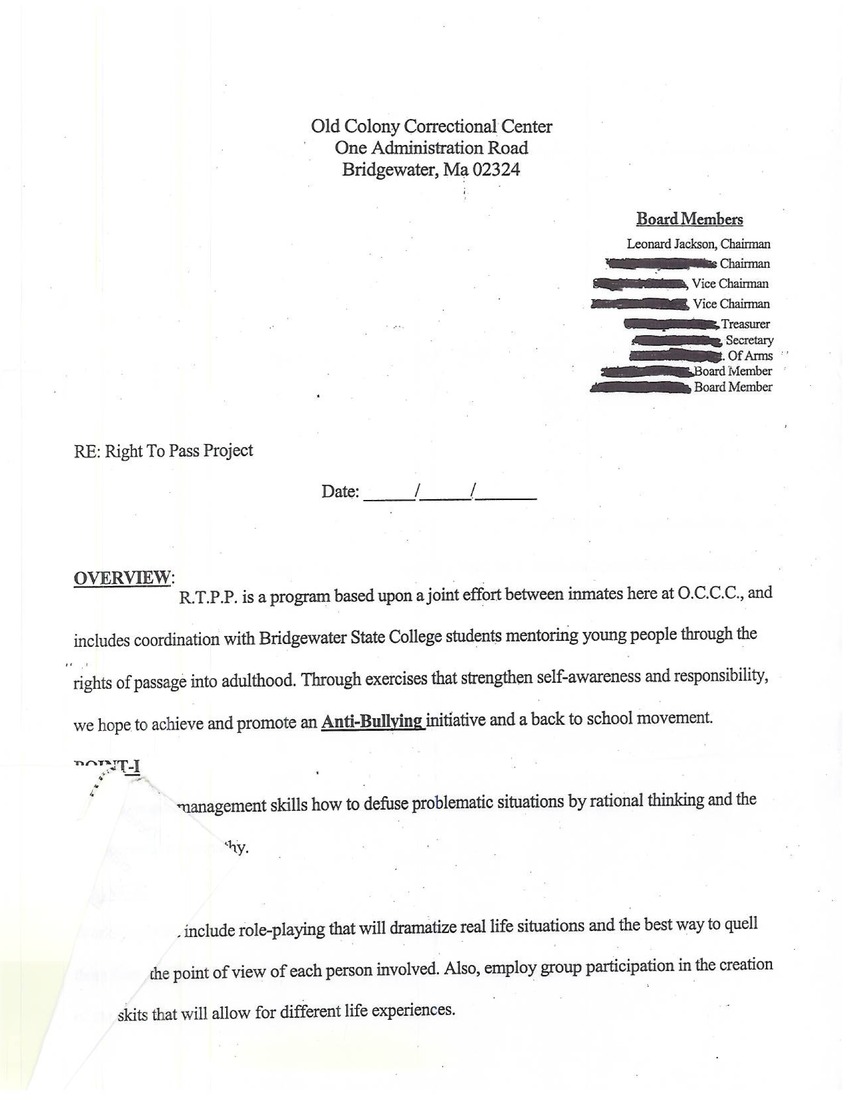 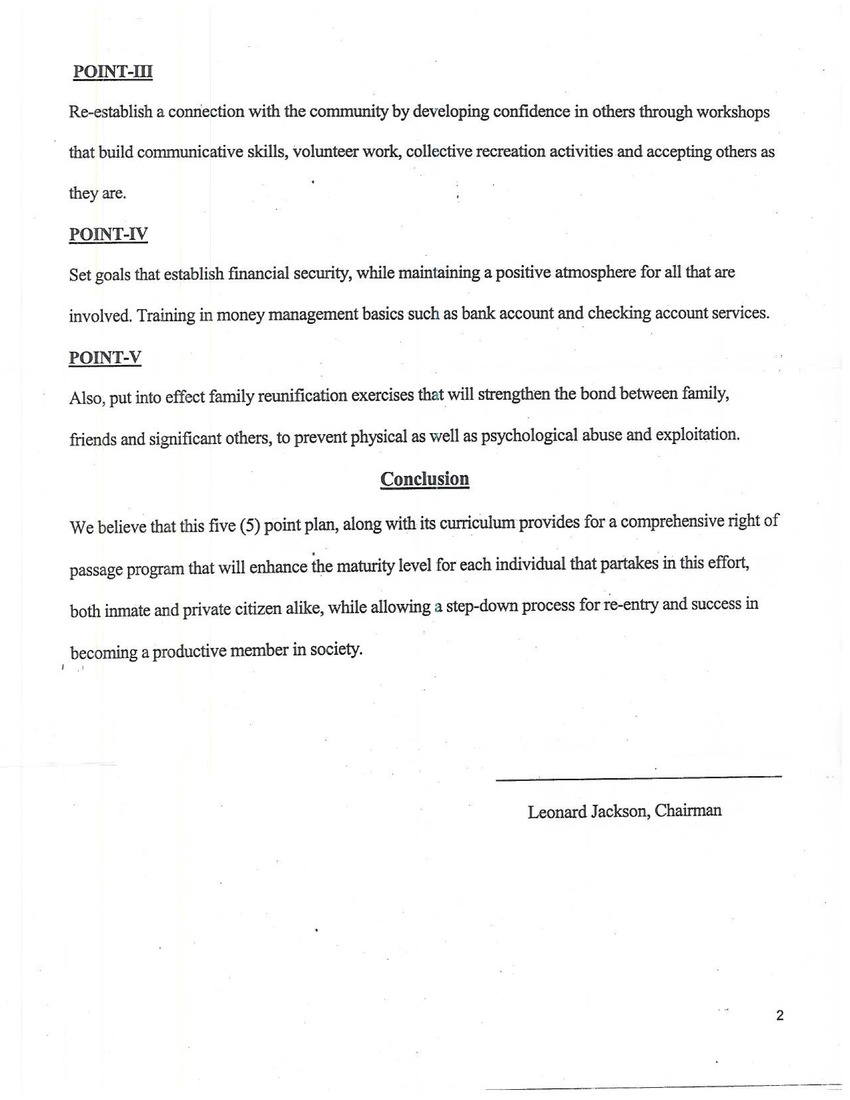 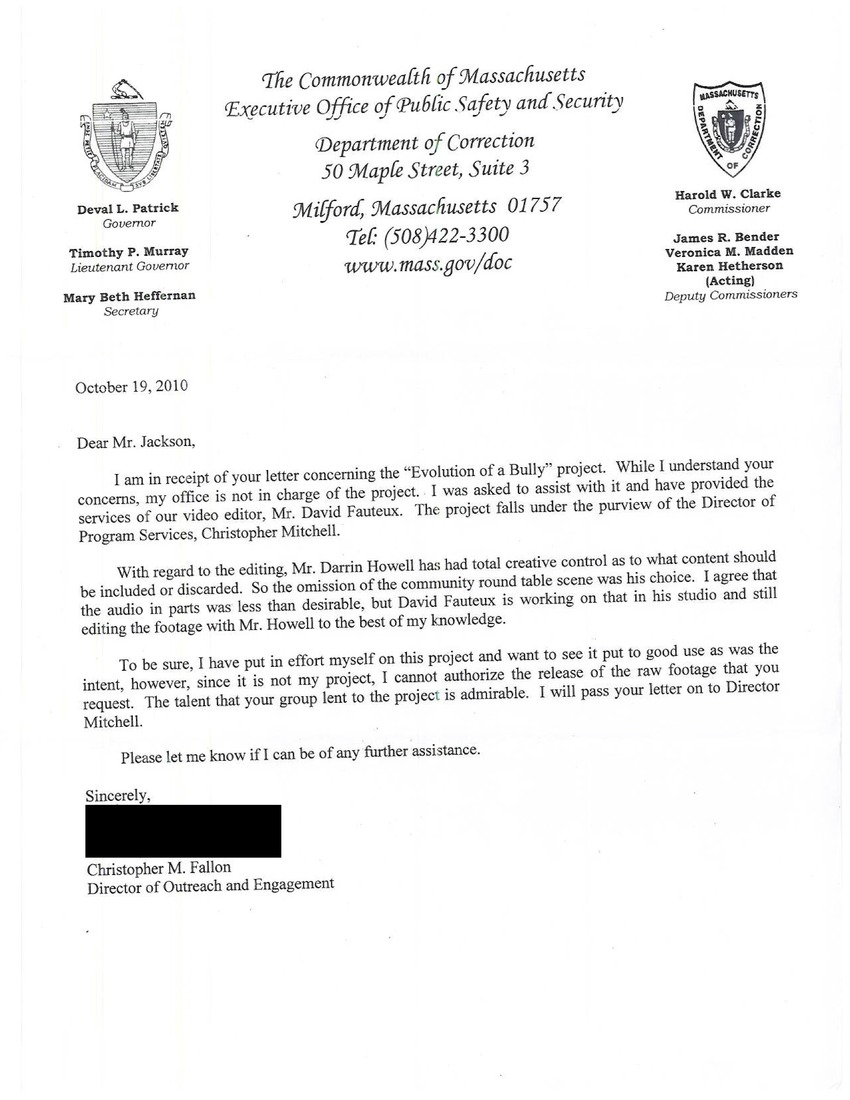 "WHEN IS ENOUGH ENOUGH!"

Bullying, poverty and we do we go from here.

I am writing in regards to the pressing problem that continues to raise its ugly head within our communities. Which is bullying.

Now I have written to so-called advocates bringing this issue to light and it seems that everyone is talking about it but nobody has come up with a comprehensible solution.

People! Listen up! Why not look to the people who may be specialist on the subject, prisoners. If anybody would know how to deal with and combat bullying it would be individuals that have to deal with this criminal element as a part of their way of life.

I am not saying that all prisoners are bullies, that is far from reality. What I am saying is we have the most experience on the topic.

Knowing this to be true, a group of prisoners at Old Colony Correctional Center got together and wrote and produced an educational video called "EVOLUTION OF A BULLY".

This video project deals with the who, what, why, when and hows of the developing mentality of bullying in its forms.

[curled page hides some of this paragraph] video is also a working resolution to bullying for... comes with a comprehensive curriculum and music... to combat the negative aspects of toay's popular...

Where is this miracle video? You may ask. Well the answer is sitting in limbo!

Although the video was finished almost a year already. The powers that be within the Department of Corrections will not release the video to the outside producers to put the so ever needed finishing touches on it so it can be brought to the schools that are in dire needs of this program.

Along with this letter to you I am also sending a copy of two letters that I received from D.O.C. officials directly involved with the video project. And what I am asking you to do is call these two individuals, and ask them what is the problem with the release of this project. And while they give you the ol' 1-2- run around, let me tell you what the real problem is.

The DOC does not want to show prisoners in a positive light to the communities. They want you to think that we are all animals in here tearing up the place, fighting and killing one another. So they are very reluctant to release this video to the masses. We did that much of a good job with it.

So as you can see I added along with this letter my synopsis of bullying and you will see in it the main problem that is the cause of bullying. Which can be traced right back to low income and middle class families that have single parent homes.

So now I ask you, where do you stand now with the info that you were just provided with? And are you ready to say "ENOUGH IS ENOUGH"?

If so please contact me at the address above or email me at leonard"freedom"jackson@g-mail.com and I will provide you with a copy of the curriculum and an update on our status.

It is my assessment that the character trait of a bully is that of immaturity, which is caused by the individuals' inability to envision.

The mental faculty which allows us to envision can be tied to the ability of a person to feel empathy; which leads to sympathy and remorse which can correct ones ways and future actions.

Although we are moving into a society of highly developed technological prowess we are leaving our culture, (which makes us a civilization) behind. When it is these cultural properties that have allowed us to evolve unobstructed for thousands of years. A most important part of cultural development is the right of passage. This aspect of life is a transitory one that allows for the development of a child's psyche to mature into adulthood, through a set of task and activities that promote self reliance, self-awareness, confidence, and responsibility.

Our children of today lack these essential skills, causing what is becoming an epidemic in our society today.

Thus we present to you, The Right To Pass Project.

Thanks for writing! I finished the transcription for your post.
Enough is enough. No matter how bad life gets or something bad happens, violence is never the answer.