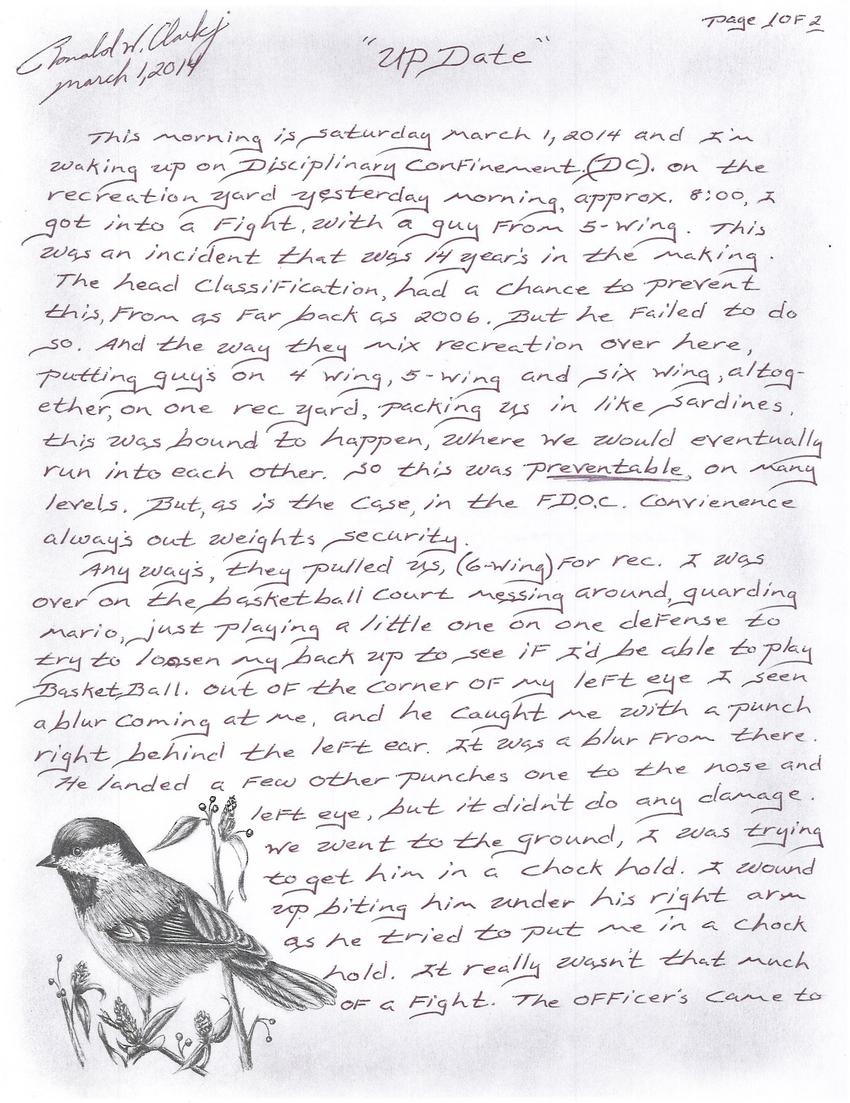 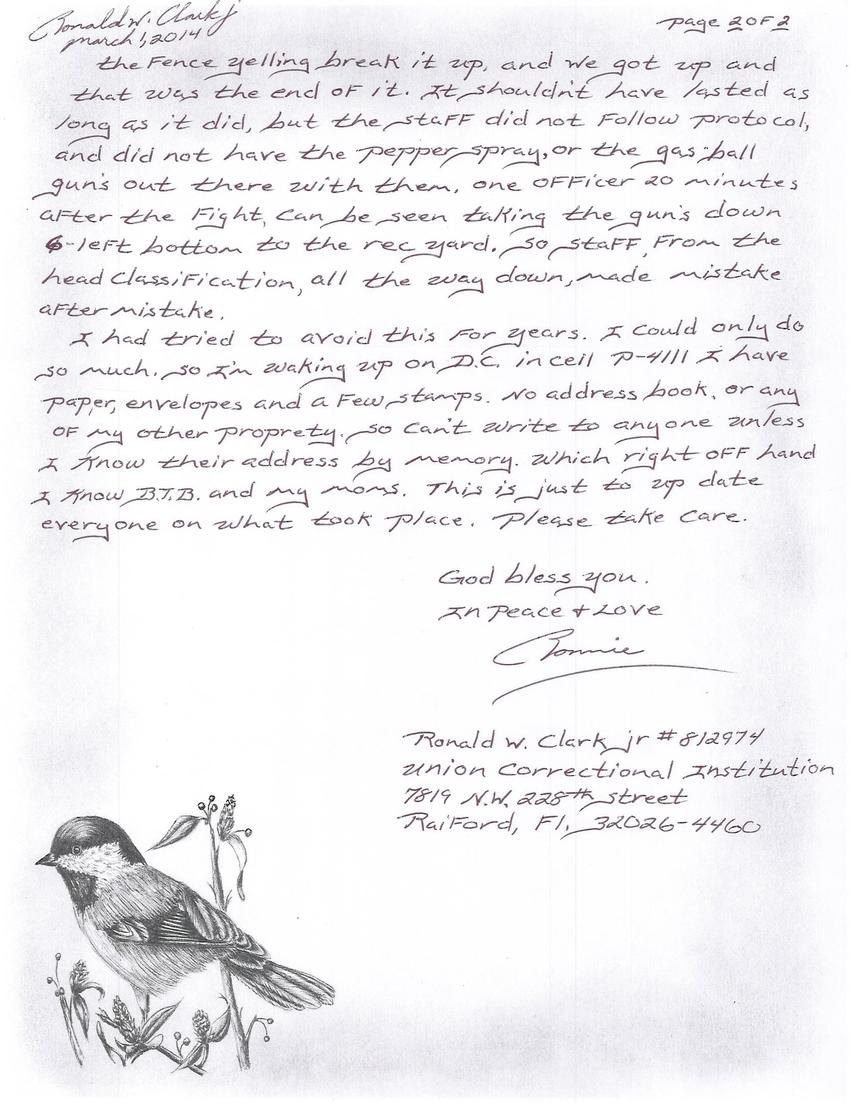 This morning is Saturday March 1,2014 and I'm waking up on Disciplinary Confinement (DC). on the recreation yard yesterday morning, approx. 8:00. I got into a Fight with a guy From 5-wing. This was an incident that was 14 years in the making.
The head classification, had a chance to prevent this, from as far back as 2006. But he failed to do so. And the way they mix recreation over here, putting guys on 4 wing, 5-wing and six wing, altogether, on one rec yard, packing us in like sardines. This was bound to happen, where we would eventually run into each other. So this was preventable, on many levels. But as is the case, in the FDOC Convenience always out weights security.

Any ways, they pulled us (6-wing) for rec. I was over on the basketball court messing around, guarding Mario, just playing a little one on one defense to try to loosen my back up to see if I'd be able to play Basketball. Out of the corner of my left eye I seen a blur coming at me, and he caught me with a punch right behind the left ear. It was a blur from there.
He landed a few other punches on to the nose and left eye, but it didn't do any damage. We went to the ground, I was trying to get him in a chock hold. I wound up biting him under his right arm as he tried to put me in a chock hold. It really wasn't that much of a fight. The officer's came to the fence yelling break it up and we got up and that was the end of it. It shouldn't have lasted as long as it did, but the staff did not follow protocol, and did not have the pepper spray, or the gas ball guns out there with them. One officer 20 minutes after the fight can be seen taking the gun's down 6-left bottom to the rec yard. So staff from the head classification, all the way down, made mistake after mistake.

I had tried to avoid this for years. I could only do so much. So I'm waking up on D.C. in cell P-4111 I have paper, envelopes and a few stamps. No address book, or any of my other proprety. So can't write to anyone unless I know their address by memory. Which right off hand, I know B.T.B and my moms. This is just to up date everyone on what took place. Please take care.

Here we go again.........always someone else to blame. If they let you recreate on your own that would also be a problem. Would you have been happy to report that they pepper-sprayed you and everyone else on the yard or that you were hit by a gas ball gun?

Stand up and take responsibility for once. DOC didn't create your problem with the other inmate.

Unfortunately, the reality is that 50% of the time it is someone else's fault. Just because this man is a prisoner it doesn't mean that he is a bad man and you can assume that he is lying about the events that have taken place.
Bethanie11

Yes, things happen in prison and it can be dangerous. But most men I know (I worked with folks in prison) learned ways to avoid problems. Especially as they got older.

It's true that you can't control anyone else. But you can control yourself and there are often many ways to stop a disagreement (especially if it is fomenting over many years).

Even in prison.
I understand that.

I just felt that by that comment, this man was stereotyped.
@Bethanie11, I can only assume by your comment that you are not familiar with Mr. Clark and his cases. He was not stereotyped (or is profiled the new hip expression.)
Perhaps a little research would open your mind to the possibility that he is trying to shift responsibility (again). He has a history of blaming others.
(scanned reply – view as blog post)
uploaded April 10, 2014.  Original (PDF) 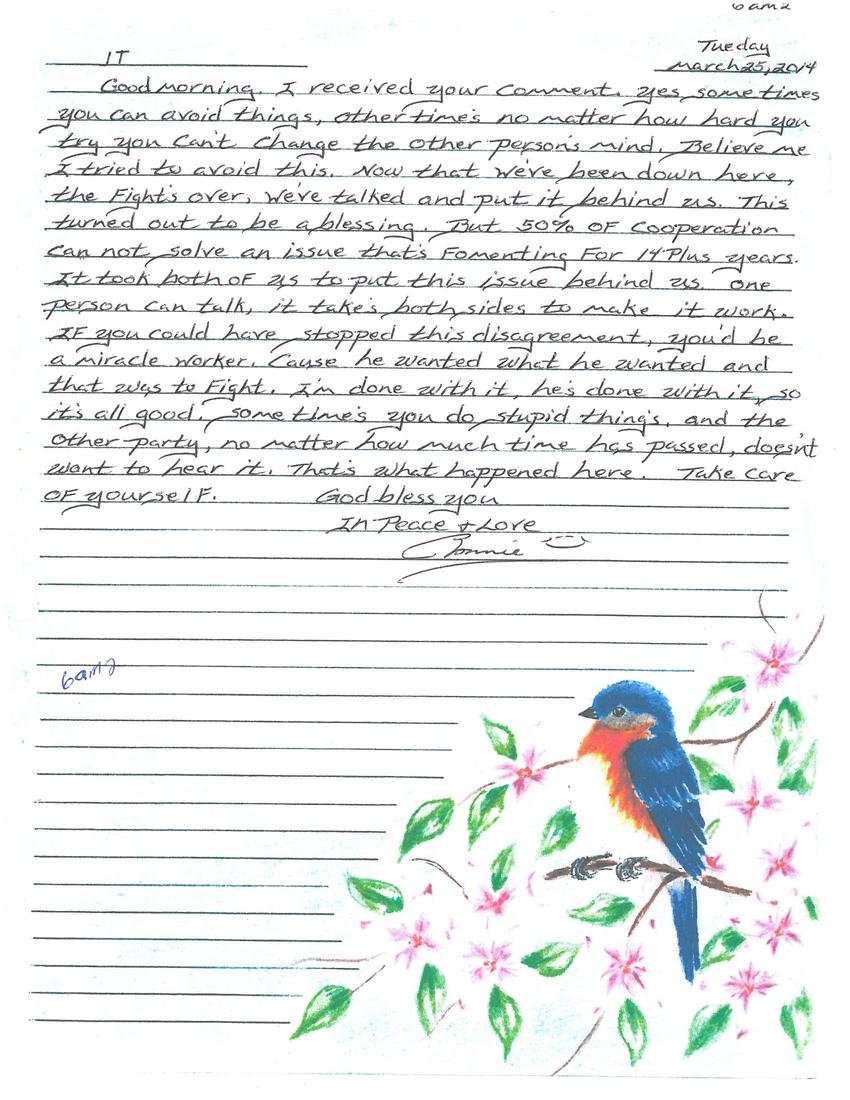 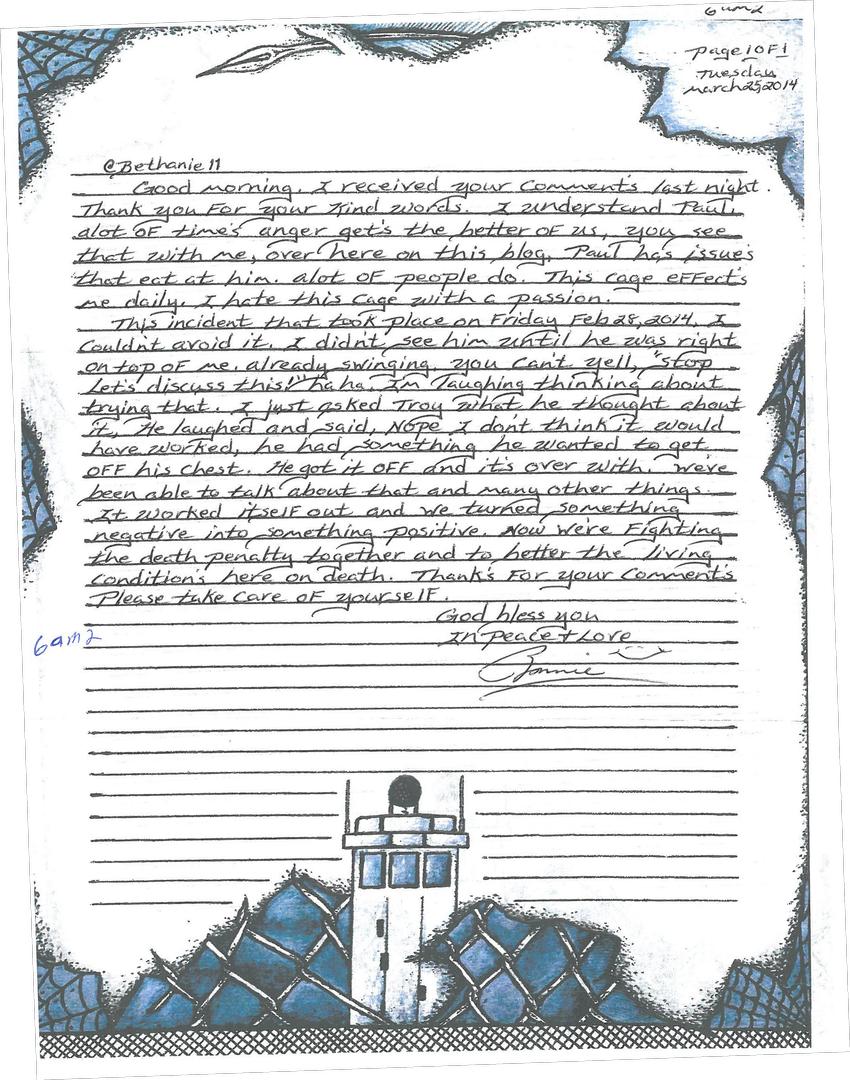 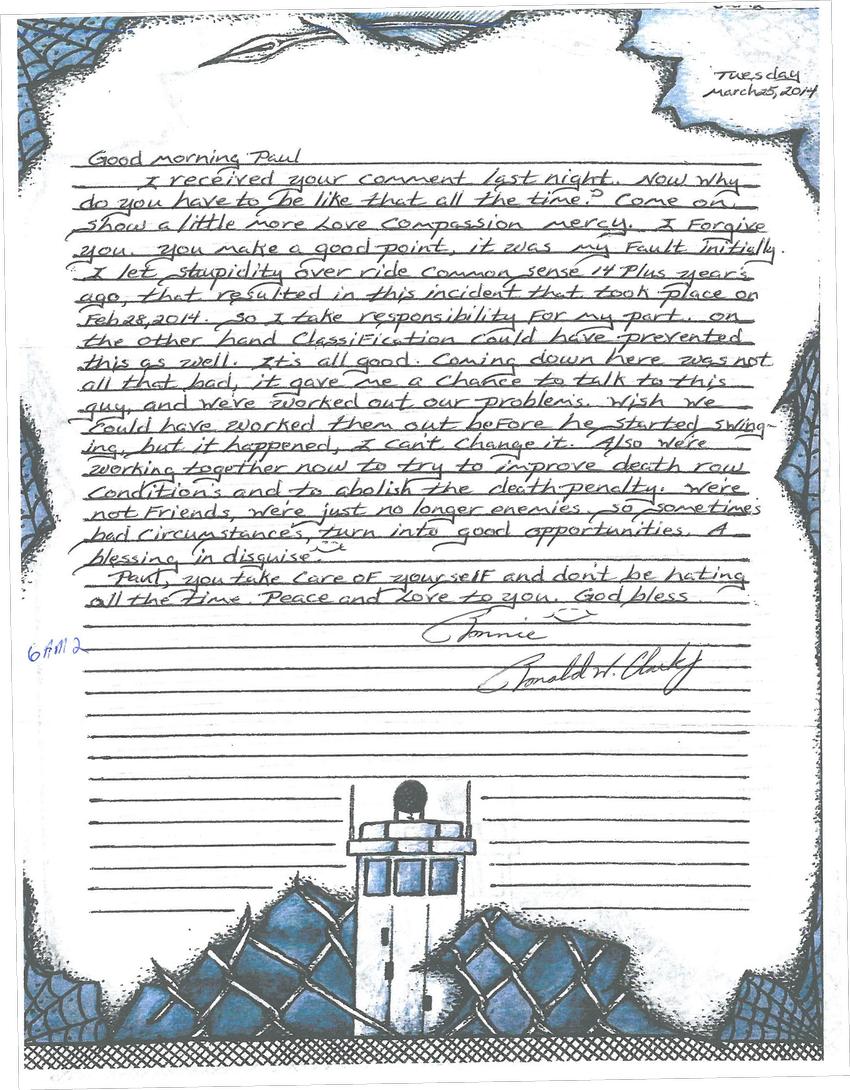