The Teaching Of The New Nation 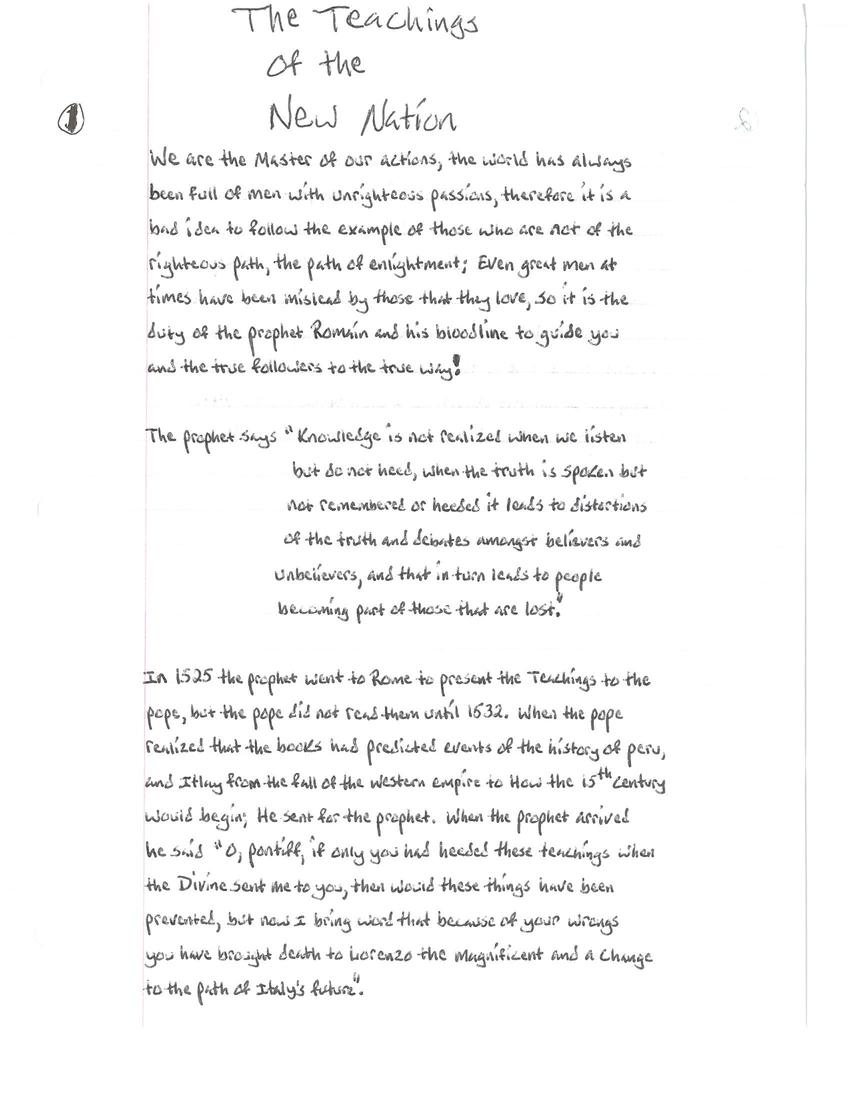 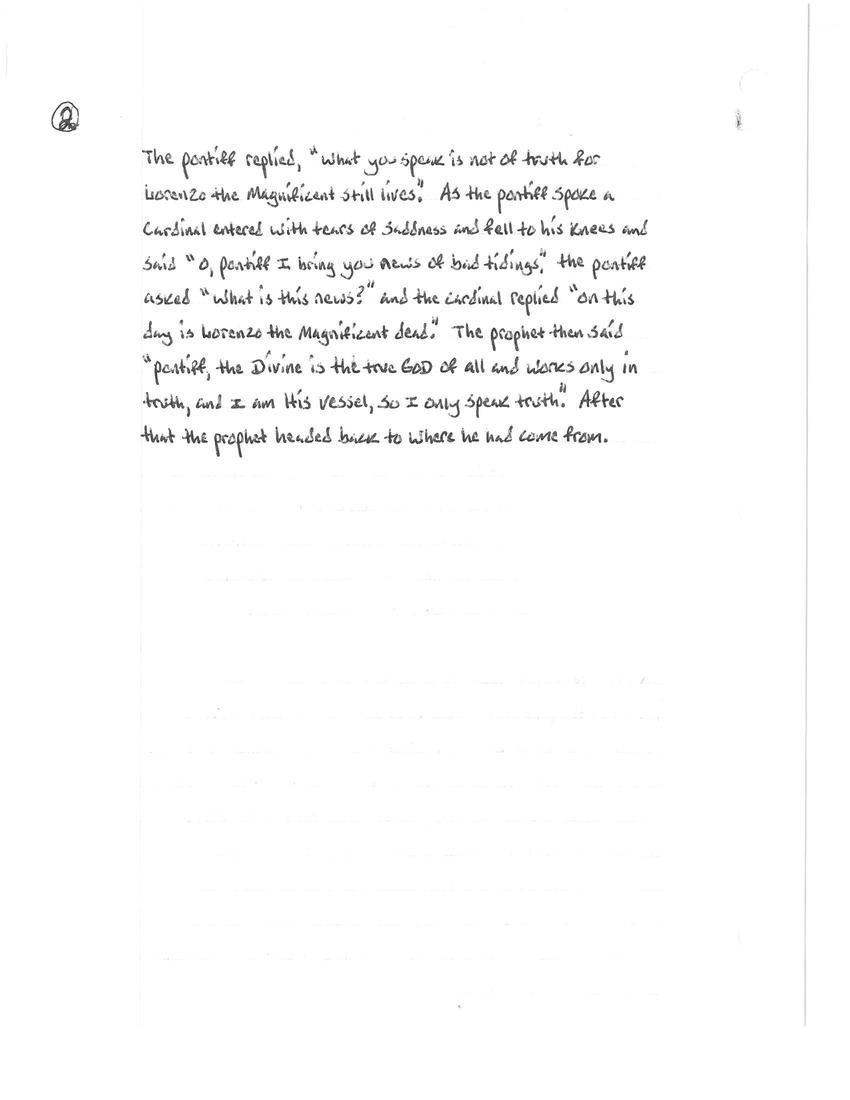 The Teachings of the New Nation

We are the Master of our actions, the world has always
been full of men with unrighteous passions, therefore it is a
bad idea to follow the example of those who are not of the
righteous path, the path of enlightment; Even great men at
times have been mislead by those that they love, so it is the
duty of the prophet Romain and his bloodline to guide you
and the true followers to the true way!

The prophet says "Knowledge is not realized when we listen
but du not heed, when the truth is spoken but
not remembered or heeded it leads to distortions
of the truth and debates amongst believers and
unbelievers, and that in turn leads to people
becoming part of those that are lost."

In 1525 the prophet went to Rome to present the Teachings to the
pope, but the pope did not read them until 1532. When the pope
realized that the books had predicted events of the history of peru (?not sure if I read that word correctly),
and Italy from the full of the western empire to How the 15th century
would begin; He sent for the prophet. When the prophet arrived
he said "O, pontiff, if only you had heeded these teachings when
the Divine sent me to you, then would these things have been
prevented, but now I bring word that because of your wrongs
you have brought death to Lorenzo the magnificent and a change
to the path of Italy's future".

The pontiff replied, "what you speak is not of truth for
Lorenzo the Magnificent still lives." As the pontiff spoke a
Cardinal entered with tears of saddness and fell to hin knees and
said "O, Pontiff I bring you news of bad tidings", the pontiff
asked "What is this news?" and the cardinal replied "on this
day is Lorenzo the Magnificent dead." The prophet then said
"pontiff, the Divine is the true GOD of all and works only in
truth, an I am HIS vessel, so I only speak truth". After
that the prophet headed back to where he had come from.