This Is Your Government! 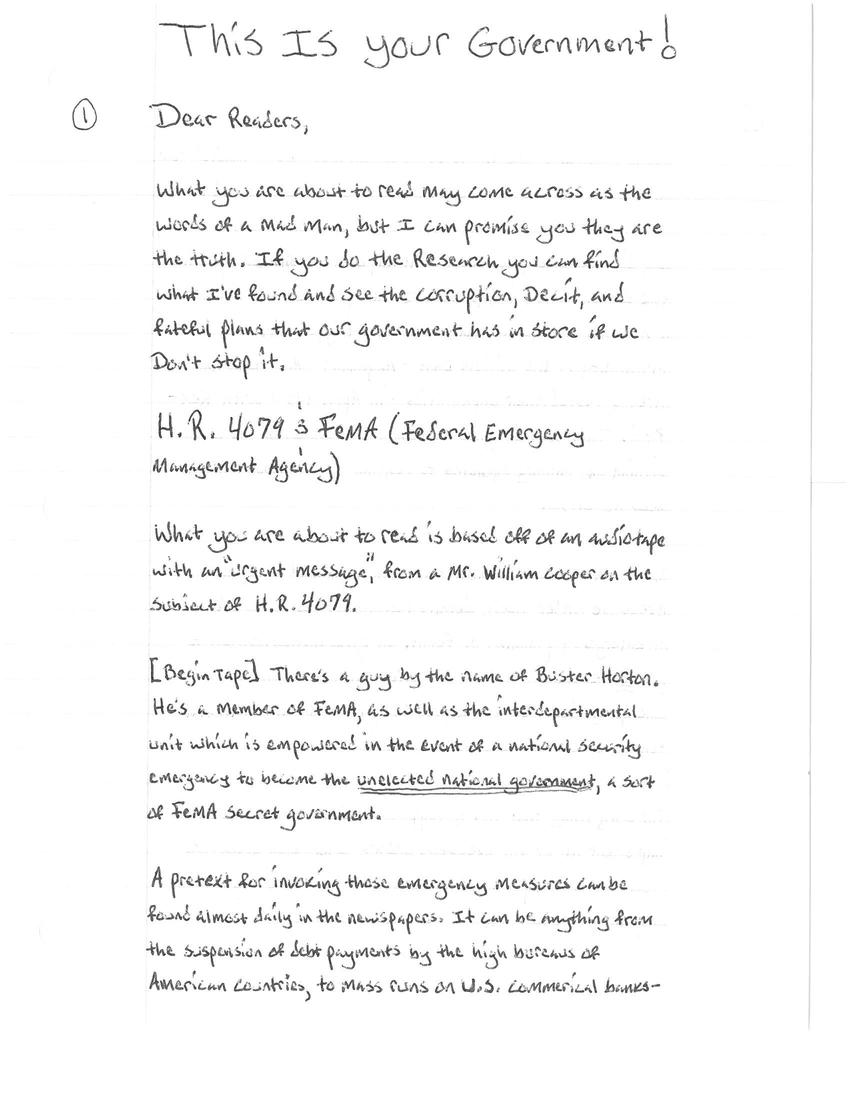 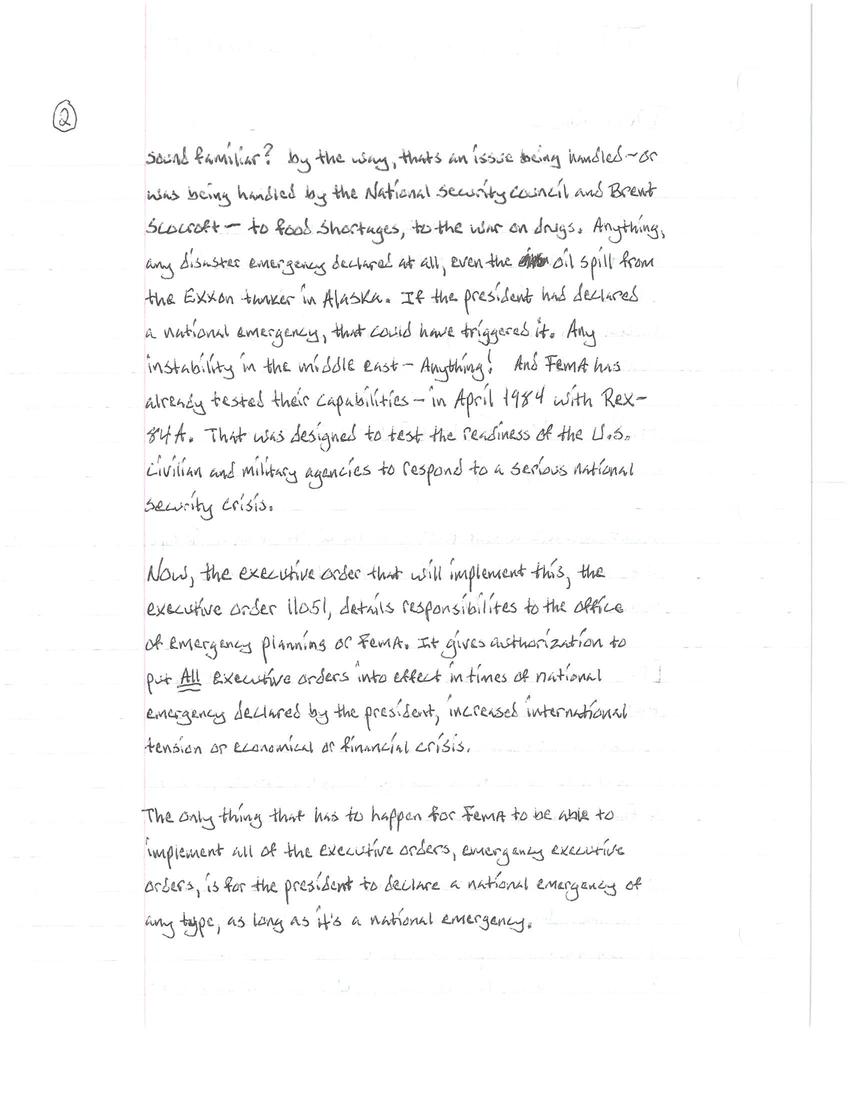 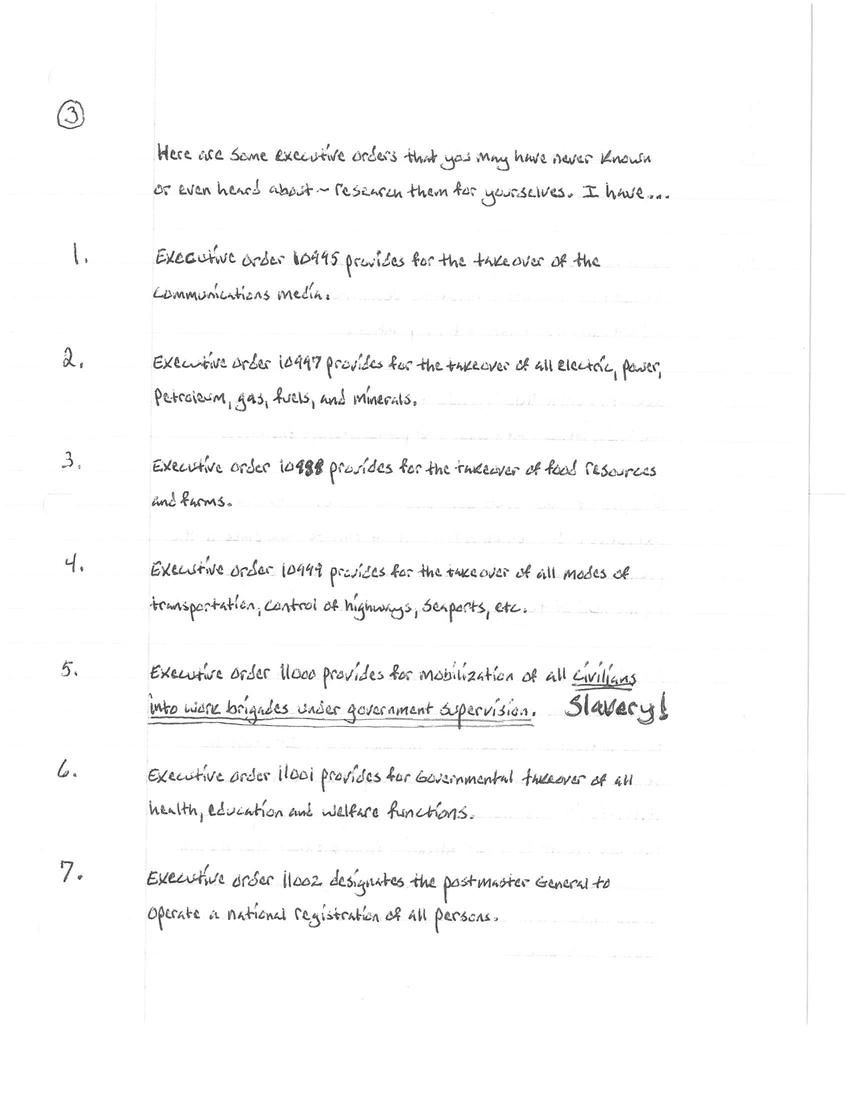 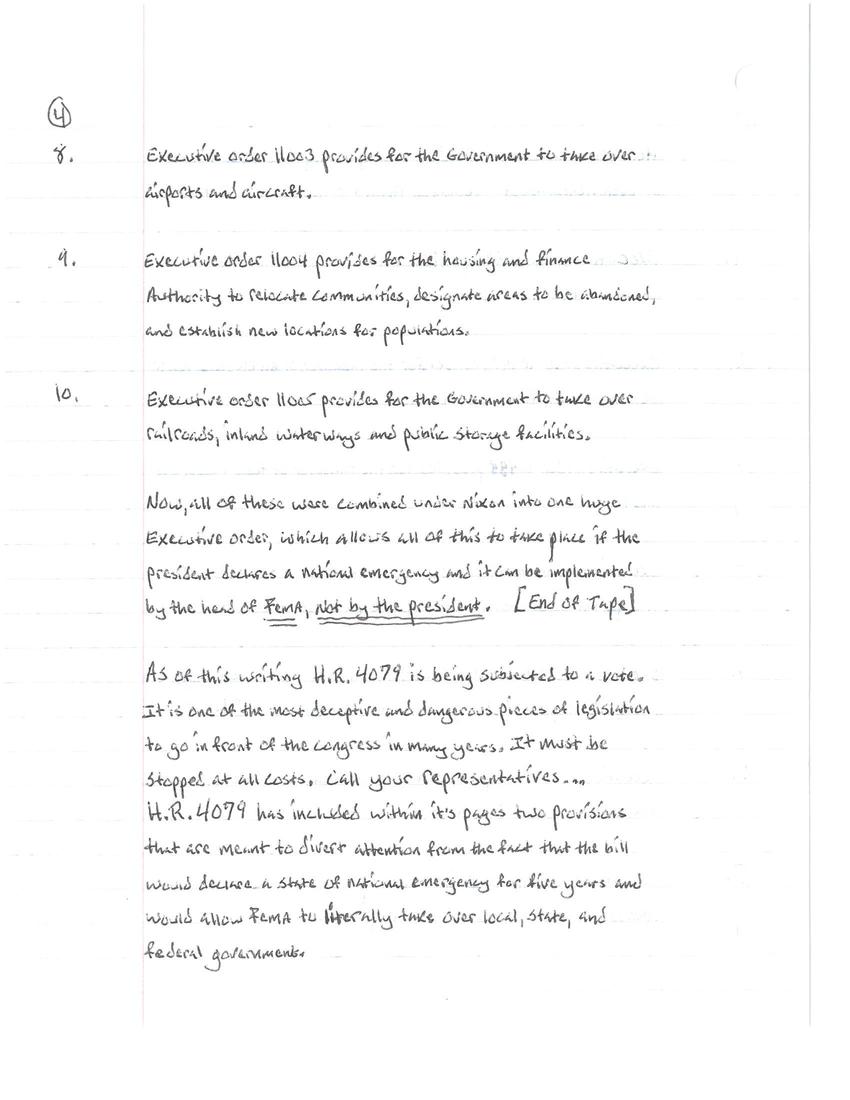 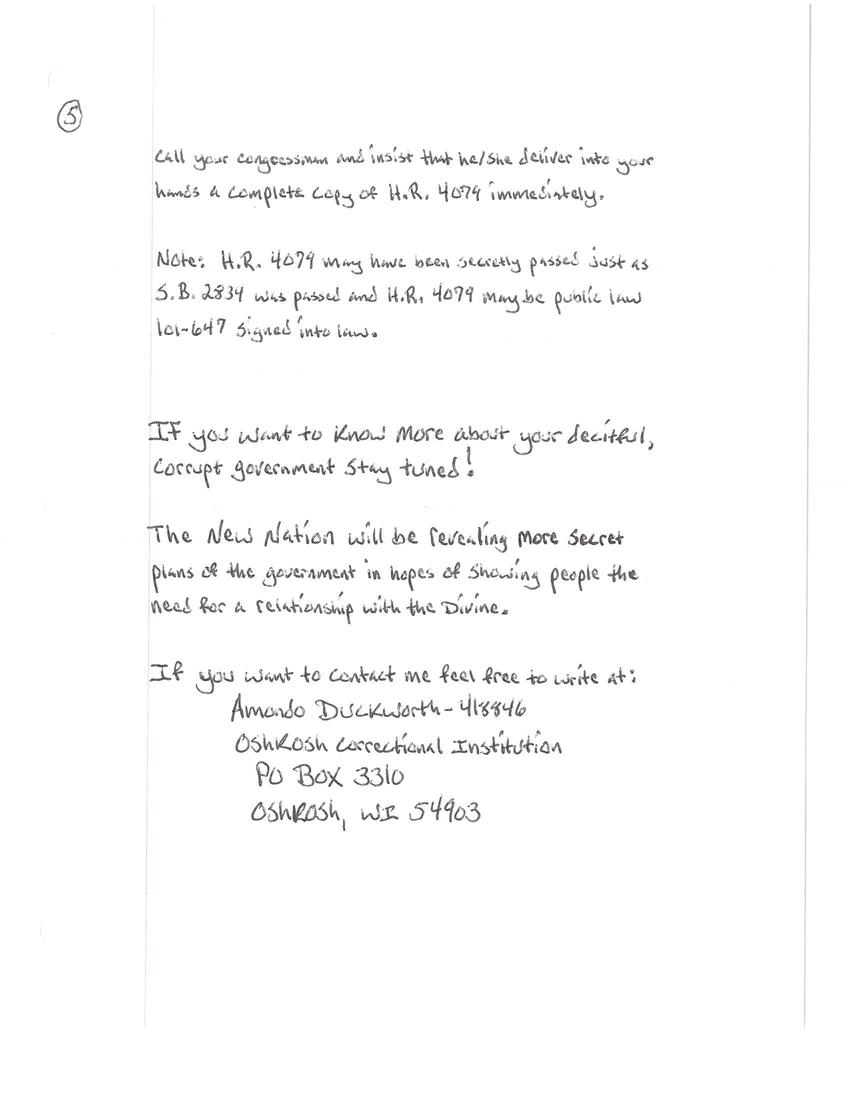 THIS IS YOUR GOVERNMENT!

What you are about to read may come across as the words of a mad man, but I can promise you they are the truth. If you do the research you can find what I've found and see the corruption, deceit, and fateful plans that our government has in store if we don't stop it.

What you are about to read is based off an audiotape with and "urgent message", from Mr. William Cooper on the subject of H.R. 4079

[Begin Tape] There's a guy by the name of Buster Horton. He's a member of FEMA, as well as the interdepartmental unit which is empowered in the event of a national security emergency to become the UNELECTED NATIONAL GOVERNMENT, a sort of FEMA secret government.

A pretext for invoking those emergency measures can be found almost daily in the newspapers. It can be anything from the suspension of debt payments by the high bureaus of American countries, to mass runs on U.S. commercial banks - sound familiar? By the way, that's an issue being handled, or was being handled by the National Security Council and Brent Scowcroft, to food shortages, to the war on drugs. Anything, any disaster emergency declared at all, even the oil spill from the Exxon tanker in Alaska. If the President had declared a national emergency, that could have triggered it. Any instability in the Middle East, anything! And FEMA has already tested their capabilities, in April 1984 with Rex-84A. That was designed to test the readiness of the U.S. civilian and military agencies to respond to a serious national security crisis.

Here are some executive orders that you may have never known or even heard about. Research them for yourselves. I have...

1. Executive order 10995 which provides for the takeover of the communication media.

2. Executive order 10997 provides for the takeover of all electric, power, petroleum, gas, fuels and minerals.

3. Executive order 10988 provides for the takeover of food resources and farms.

4. Executive order 10999 provides for the takeover of all modes of transportation, control and highways, seaports, etc.

6. Executive order 11001 provides for governmental takeover of all health, education and welfare functions.

7. Executive order 11002 designates the postmaster general to operate national registration of all persons.

8. Executive order 11003 provides for the government to take over airports an aircraft.

9. Executive order 11004 provides for the housing and finance authority to relocate communities, designate areas to be abandoned, and establish new locations for populations.

10. Executive order 11005 provides for the government to take over railroads, inland waterways and public storage facilities.

Now, all of these were combined under Nixon into one huge executive order, which allows all of this to take place if the President declares a national emergency and it cam be implemented by the head of FEMA, NOT BY THE PRESIDENT. [End of Tape]

As of this writing H.R. 4079 is being subjected to a vote. It is one of the most deceptive and dangerous pieces of legislation to go in front of Congress in many years. It must be stopped at all costs. Call your Representatives...H.R.4079 has included within it's pages two provisions that are meant to divert attention from the fact that the bill would declare a state of national emergency for fie years and would allow FEMA to literally take over local,state and federal governments.

Call your Congressman and insist that he/she deliver into your hands a complete copy of H.R. 4079 immediately.

If you want to know more about your deceitful, corrupt government stay tuned!

The New Nation will be revealing more secret plans of the government in hopes of showing people the need for a relationship with the Divine.

If you want to contact me feel free to write at: