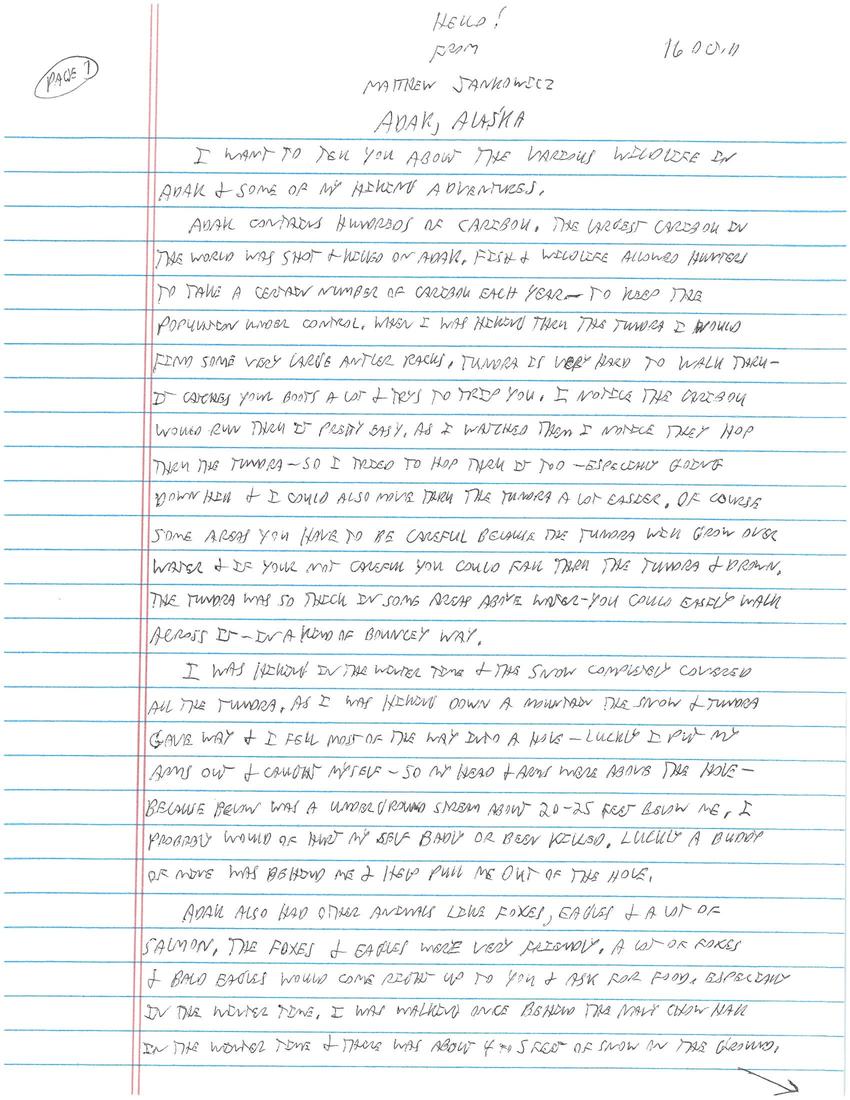 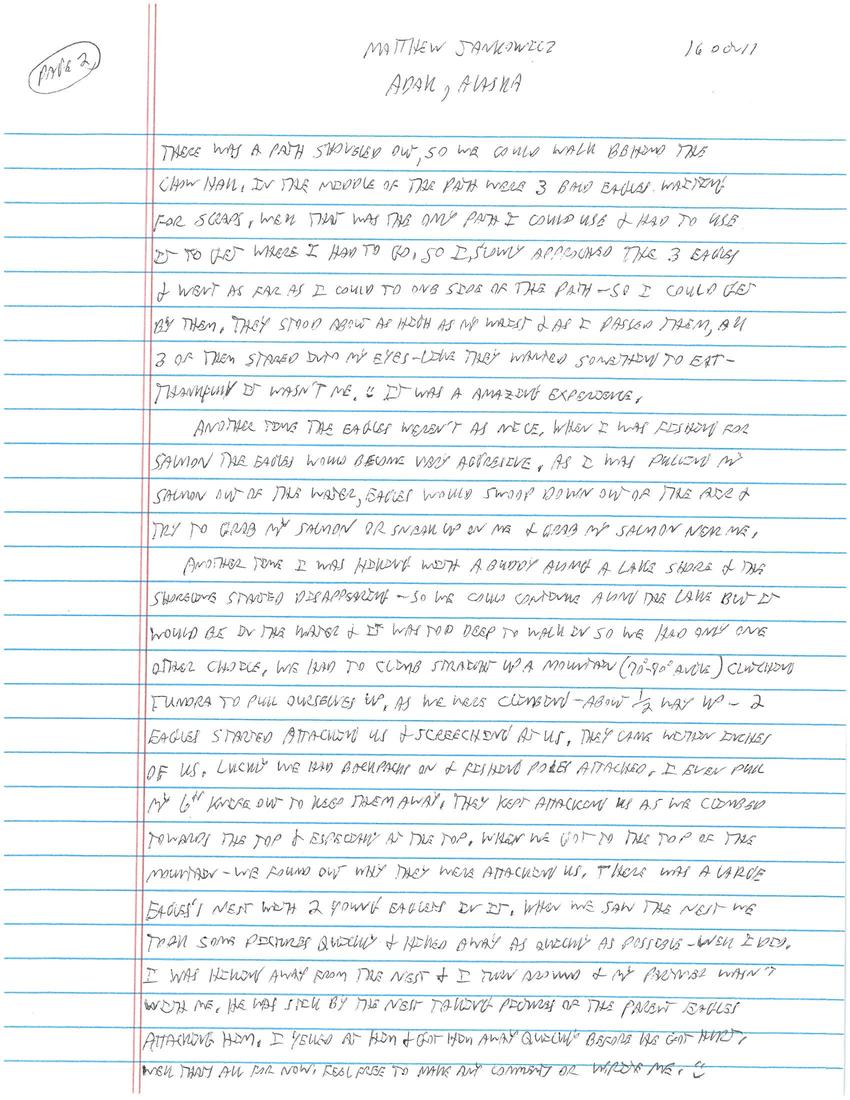 I want to tell you about the various wildlife in Adak and some of my hiking adventures.

Adak contains hundreds of caribou. The largest caribou of the world was shot and killed on Adak. Fish and wildlife allowed hunters to take a certain number of caribou each year. To keep the population under control. When I was hiking there then, the tundra I would find some very large antler racus. Tundra is very hard to walk through. Clings to your boots a lot and tries to trip you.

I was hiking in the wintertime and the snow completely covered all the tundra. As I was hiking down a mountain, the snow and tundra gave way, and I fell most of the way into a hole. Luckily, I put my arms out and caught myself. So my head and arms were above the hole. Below was an underground stream about 20-25 feet below me. I probably would of hurt myself badly or been killed. Luckily a buddy of mine was behind me and help pull me out of the hole.

Adak also had other animals like foxes, eagles, and a lot of salmon. The foxes and eagles were very friendly. A lot of foxes and bald eagles would come right up to you and ask for food. Especially in the wintertime.

I was walking once behind the navy chow hall in the wintertime, and there was about four to five feet of snow on the ground there was a path shoveled out. We could walk behind the chow hall. In the middle of the path were three bald eagles, waiting for scraps. Well, that was the only path I could use and had to use it to get where I had to go. So I slowly approached the three eagles and went as far as I could to one side of the path so I could get by them. They stood about as high as my waist. As I passed them, all three of them stared into my eyes like they wanted something to eat. Thankfully, it wasn't me. :) It was an amazing experience.

Another time I was hiking with a buddy along a lake shore, and the shoreline started disappearing. We could continue along the lane but it would be in the water. It was too deep to walk in so we had only one other choice: we had to climb straight up a mountain at a 70-80 degree angle. Including the tundra to pull ourselves up. As we climbed up about half way, two eagles started attacking us and screeching at us. They came within inches of us. Luckily, we had backpacks on and fishing poles attached. I even pulled my sixth knife out to keep them away.

They kept attacking us as we combed towards the top and especially at the top. When we got to the top of the mountain, we found out why they were attacking us. There was a large eagle nest with two young eagles in it. When we saw the nest, we quickly took some pictures and hiked away as quickly as possible. Well, I wish I was hiking away from the nest. I turned around and my partner wasn't with me. He was still by the nest taking pictures of the parent eagles attacking him. I yelled at him to get away before he got hurt.

Well, that's all for now. Feel free to make any comments or write me. :)