It's Time to End the Death Penalty 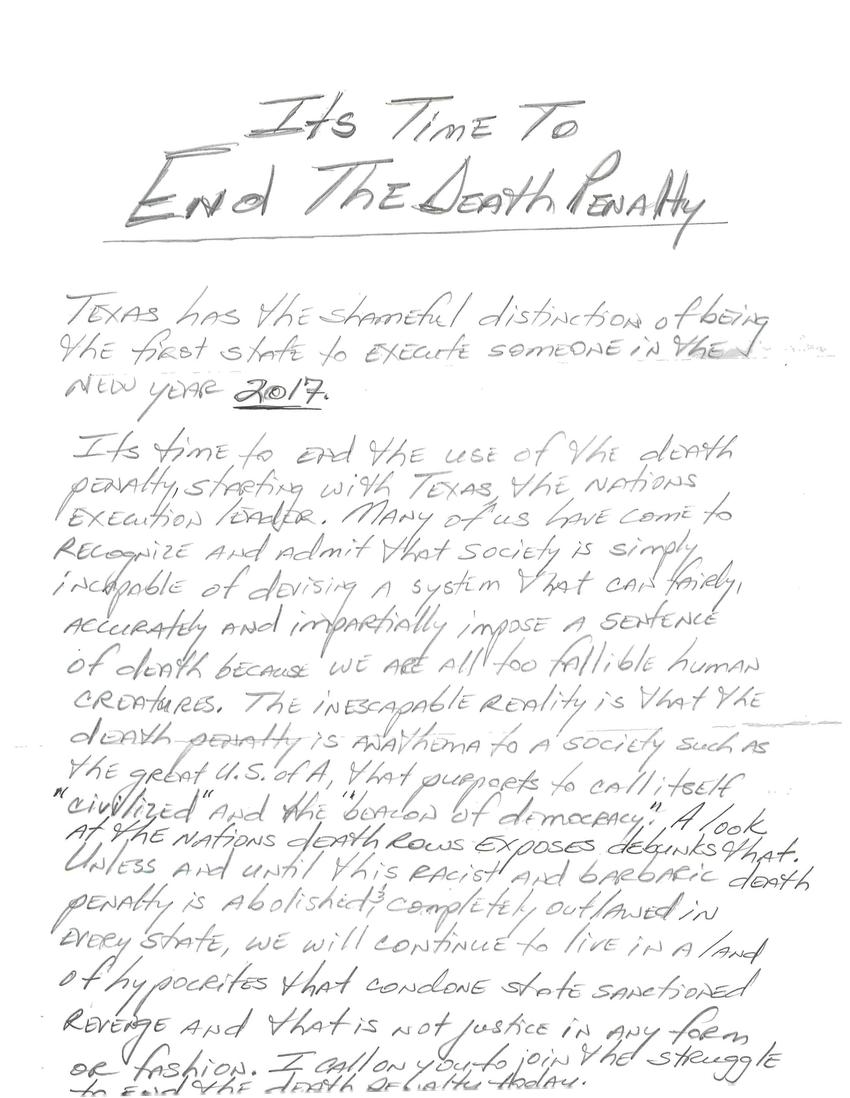 Its Time To
End The Death Penalty (this line is underlined)

Texas has the shameful distinction of being the first state to execute someone in the New Year 2017.

Its time to end the use of the death penalty starting with Texas, the nation's execution leader. Many of us have come to recognize and admit that society is simply incapable of devising a system that can fairly, accurately and impartially impose a sentence of death because we are all too fallible human creatures. The inescapable reality is that the death penalty is anathema to a society such as the great U.S. of A. that purports to call itself "civilized" and the "beacon of democracy." A look at the nation's death row exposes debunks that. Unless and until this racist and barbaric death penalty is abolished & completely outlawed in every state, we will continue to live in a land of hypocrites that condone state sanctioned revenge and that is not justice in any form or fashion. I call on you to join the struggle to end the death penalty today.

Great article! Got your letter date February 28th. Just letting you know since the letter I sent out today (March 6) says I hadn't gotten any response yet. Will look it over and get back to you. -jc
(scanned reply – view as blog post)
uploaded June 6, 2017.  Original (PDF) 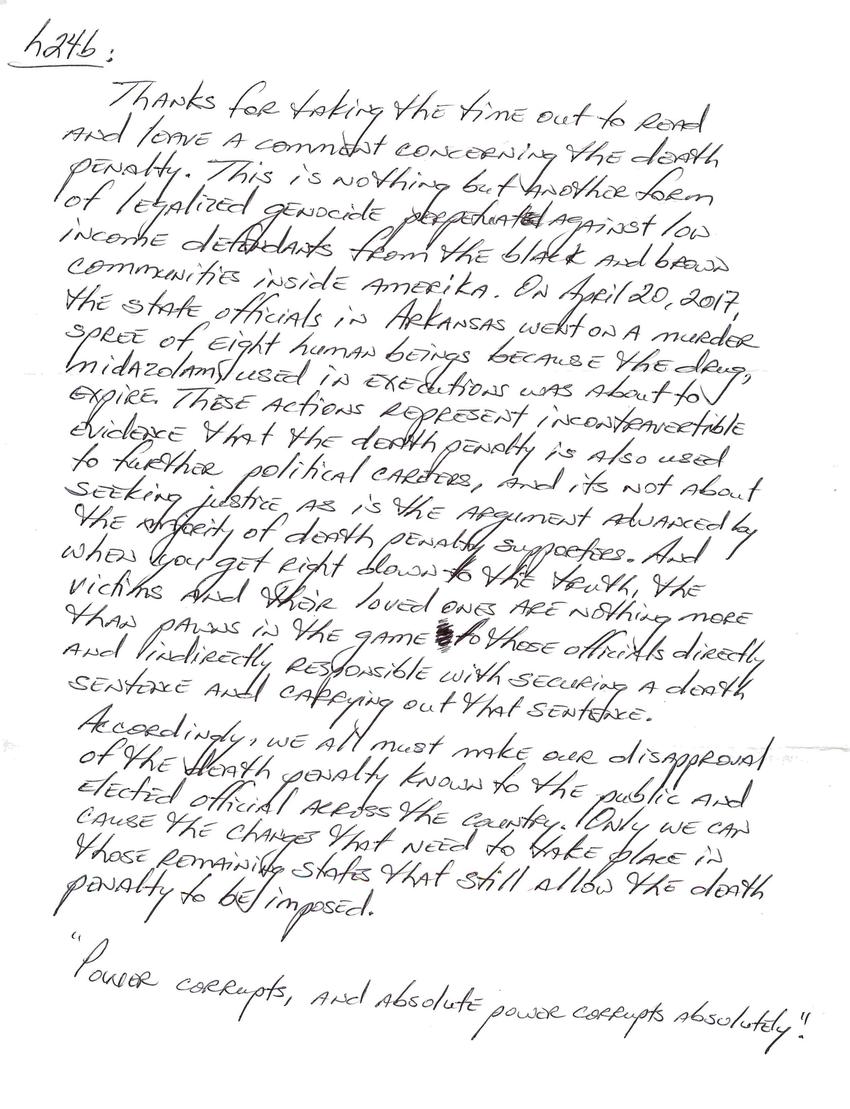