Reply ✍ Transcribed
From L.A.O.S. (Live As One Strong) by Souvannaseng Boriboune (author's profile)
Share this:
uploaded May 12, 2017.  Original (PDF) 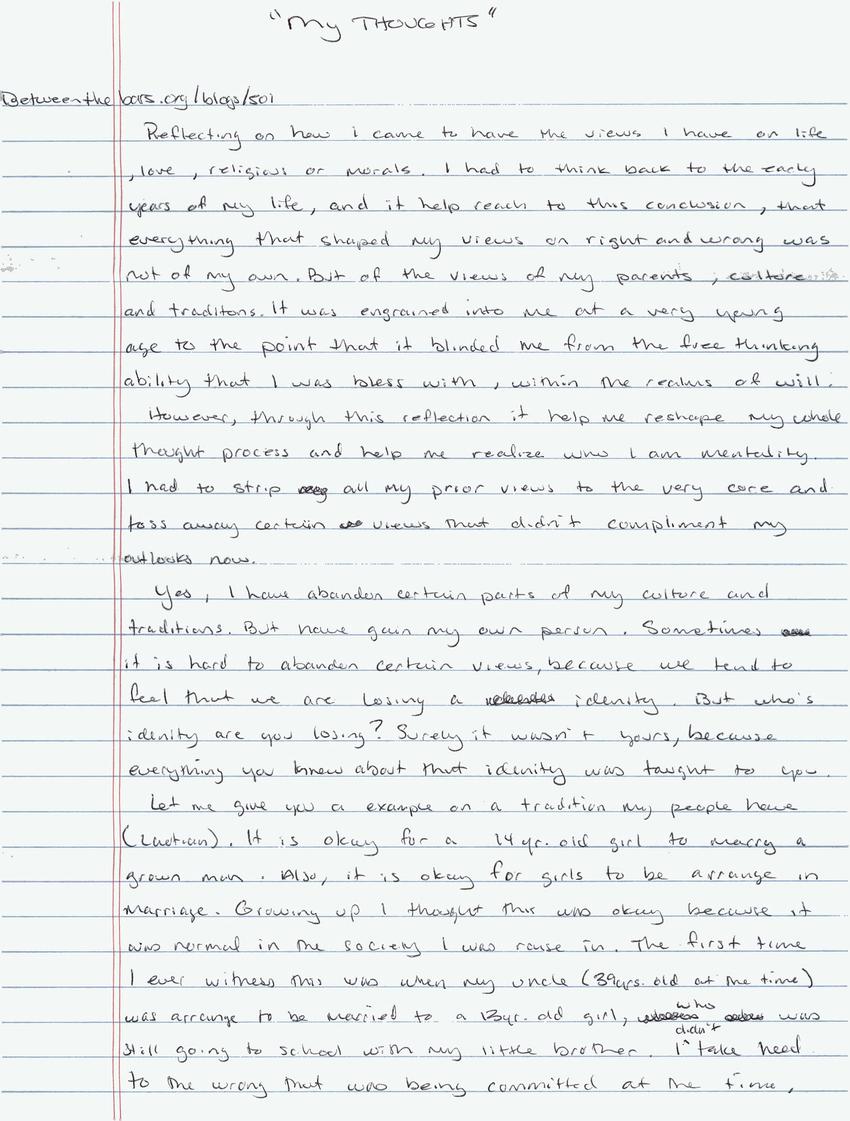 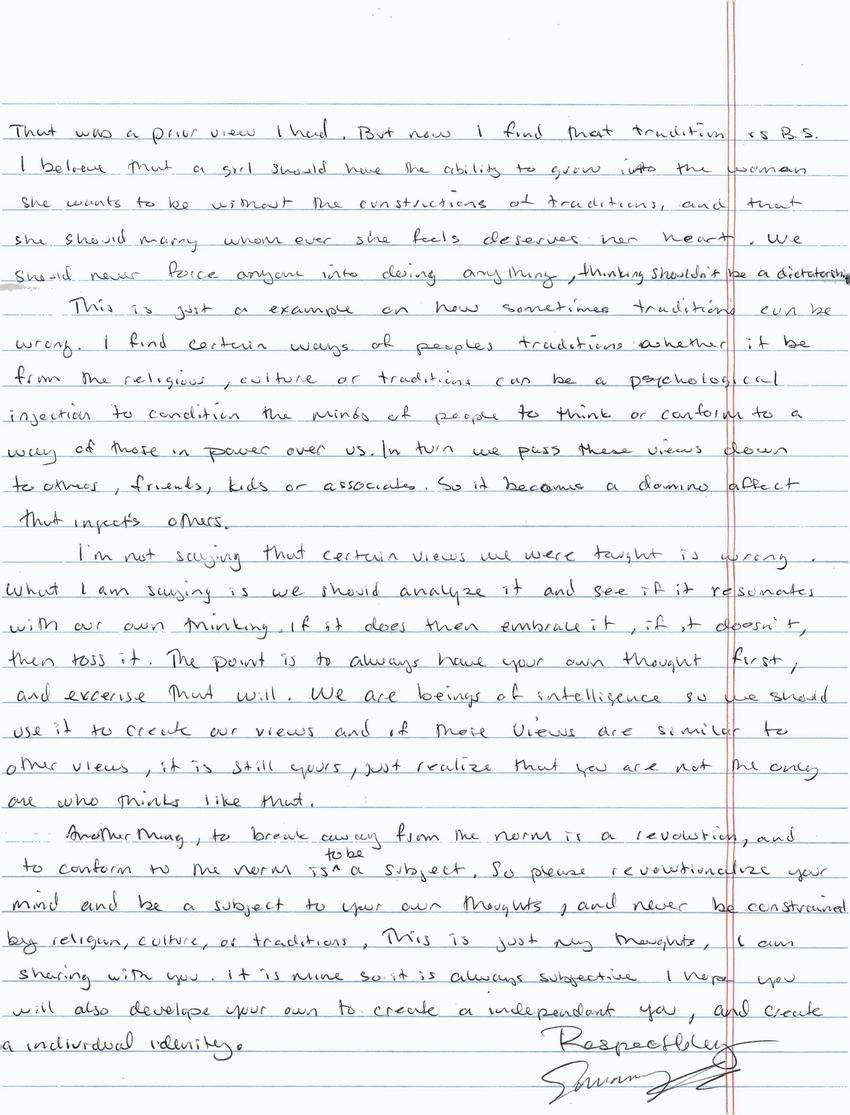 Reflecting on how I came to have the views I have on life, love, religions or morals. I had to think back to the early years of my life, and it helps reach to this conclusion that everything that shaped my views on right and wrong were not my own but of the view of my parents, culture, and traditions. It was ingrained into me at a very young age to the point that it blinded me from the free thinking ability that I was blessed with within the realms of my will.

However, through this reflection, it helps me reshape my whole thought process and helped me realize who I am mentally. I had to strip all my prior views to the very core and toss away certain views that didn't compliment my current outlook.

Yes, I have abandoned certain parts of my culture and traditions, but I have gained my own person. Sometimes it is hard to abandon certain views because we tend to feel that we are losing an identity. But who's identity are you losing? surely it wasn't yours because everything you knew about that identity was taught to you.

Let me give you an example on a tradition my people have (Zaotian): It is okay for a fourteen-year-old girl to marry a grown man. Also it is okay for girls to be arranged to marry. Growing up, I thought this was okay because it was normal the society I was raised in. The first time I ever witnessed this was when my uncle (39 years old at the time) was arranged to be married to a thirteen-year-old girl who was still going to school with my little brother. I didn't take heed to the wrong that was being committed at the time.

That was a prior view I had. But now I find that tradition is BS. I believe that a girl should have the ability to grow into the woman she wants to be without the constrictions of tradition, and that she should marry whomever she feels deserves her heart. We should never force anyone into doing anything, thinking shouldn't be a dictatorship.

This is just an example on how sometimes traditions can be wrong. I find certain people's traditions, whether it be from religion, culture, or tradition, can be a psychological injection to condition the minds of people to think or conform to a way of those in power over us. In turn, we pass these views down to others, friends, kids, or associates. So it became a domino effect that infects others.

I'm not saying that certain views we were taught are wrong. What I am saying is we should analyze them and see if they resonate with our own thinking. If they do, then embrace them. If they don't, then toss them. The point is to always have your own thoughts first and exercise that will. We are beings of intelligence so we should use it to create our views. If more views are similar to other views, it is still yours. Just realize that you are not the only one who thinks like that.

Another thing: to break away from the norm is a revolution and to conform is the norm, to be a subject. So please revolutionize your mind and be a subject to your own thoughts. Never be constrained by religion, culture, or traditions. This is just my thoughts, and I am sharing with you. It is mine so it is always subjective. I hope you will also develop your own to create an independent you and create an individual identity.