Why are these SOBs protesting the flag? 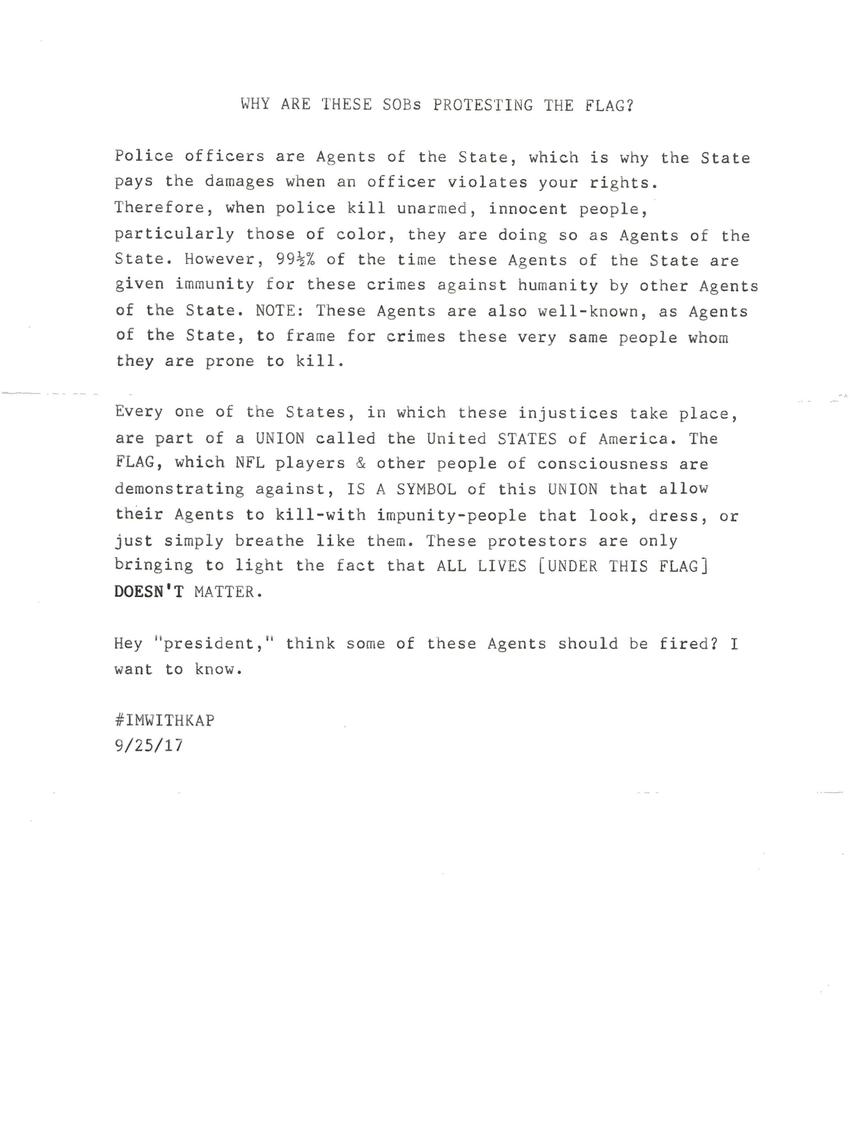 Why Are These SOBs Protesting the Flag?

Police officers are agents of the state, which is why the state pays the damage when an officer violates your rights. Therefore, when police kill unarmed, innocent people, particularly those of color, they are doing so as agents of the state.

Every one of the states, in which these injustices take place, are part of a union called the United States of America. The flag, which NFL players and other people of consciousness are demonstrating against, is a symbol of this nation that allowed their agents to kill—with impunity—people that look, dress, or just simply breathe like them. These protesters are only bringing to light the fact that ALL LIVES [UNDER THIS FLAG] DON'T MATTER.

Hey, "President", think some of these agents should be fired? I want to know.