My Awesome Ability to Screw Up 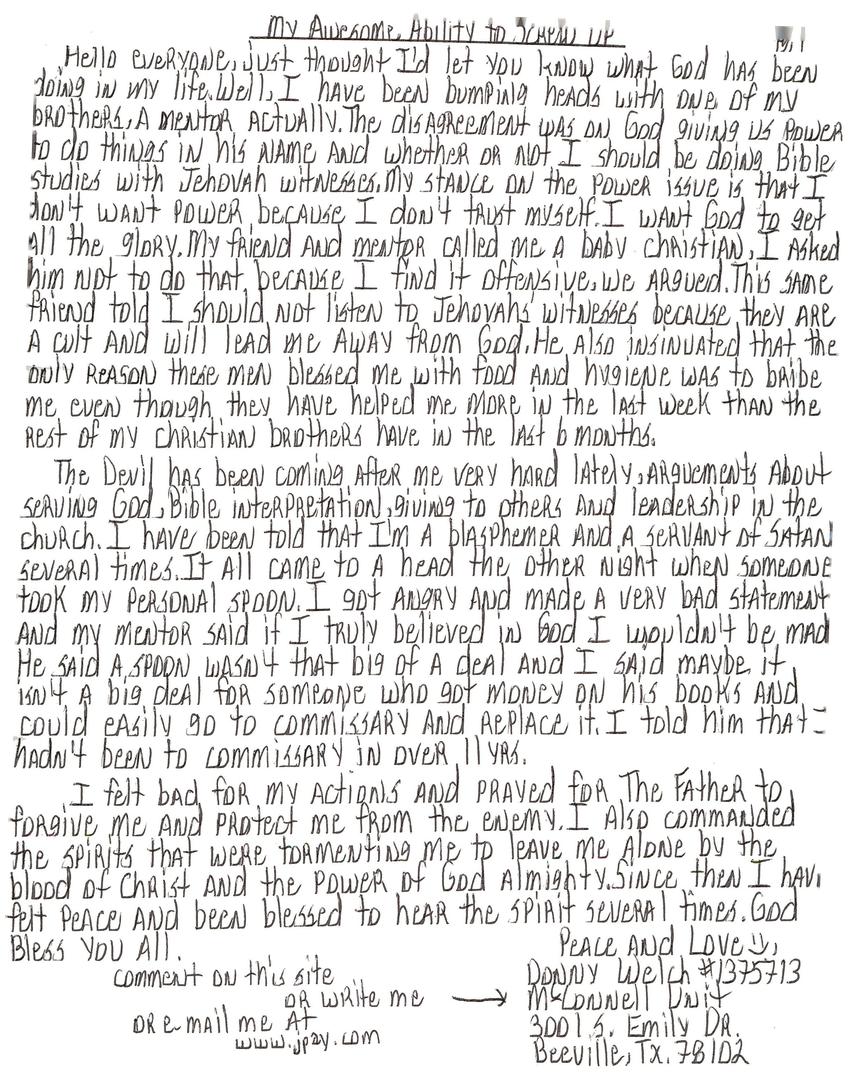 My Awesome Ability to Screw Up

Hello, everyone. Just thought I'd let you know what God has been doing in my life.

Well, I have been butting heads with one of my brothers, a mentor actually. The disagreement was on God giving us power to do things in his name and whether or not I should be doing Bible studies with Jehovah Witnesses. My stance on the power issue is that I don't want power because I don't trust myself. I want God to get all the glory. My friend and mentor called me a baby Christian. I asked him not to do that because I find it offensive. We argued.

This same friend told me I should not listen to Jehovah's Witnesses because they are a cult and will lead me away from God. He also insinuated that the only reason these men blessed me with food and hygiene was to bribe me, even though they have helped me more in the last week than the rest of my Christian brothers have in the last six months.

The Devil has been coming after me very hard lately. Arguments about serving God, Bible interpretation, giving to others and leadership in the church. I have been told that I'm a blasphemer and a servant of Satan several times. It all came to a head the other night when someone took my personal spoon. I got angry and made a very bad statement. My mentor said if I truly believed in God, I wouldn't be mad. He said a spoon wasn't that big of a deal. I said maybe. It isn't a big deal for someone who's got money on his books and could easily go to commissary to replace it. I told him that I hadn't been to commissary in over 11 years.

I felt bad for my actions and prayed for the Father to forgive and protect me from the enemy. I also commanded the spirits that were tormenting me to leave me alone by the blood of Christ and the power of God Almighty. Since then, I have felt peace and been blessed to hear the Spirit several times. God bless you all.

Or email me at www.jpay.com

Hi Donny! My name is Lin, and I live in the state of Virginia. I’m sorry to hear you’ve been having some struggles recently, but I think that, as long as you repent and pray for forgiveness, you aren’t an agent of Satan. I think it makes sense that you would get angry over someone taking your spoon, and I agree with what you said to your mentor when he told you not to get so upset over it. I’m glad to hear you’ve been feeling better recently though! I truly believe that God is with you, and I hope He watches over you in these coming times.
Sending love, peace, and joy!
-Lin
(scanned reply – view as blog post)
uploaded May 15, 2018.  Original (PDF) 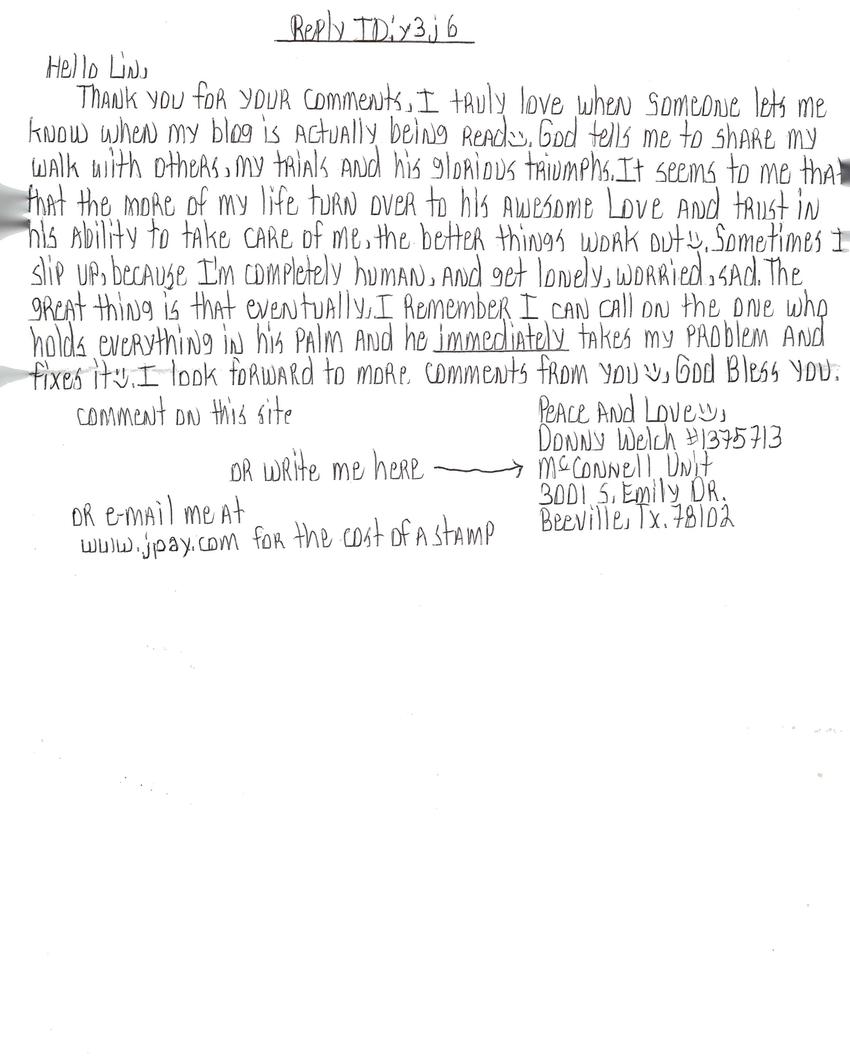