Why Can't We Just Do the Right Thing 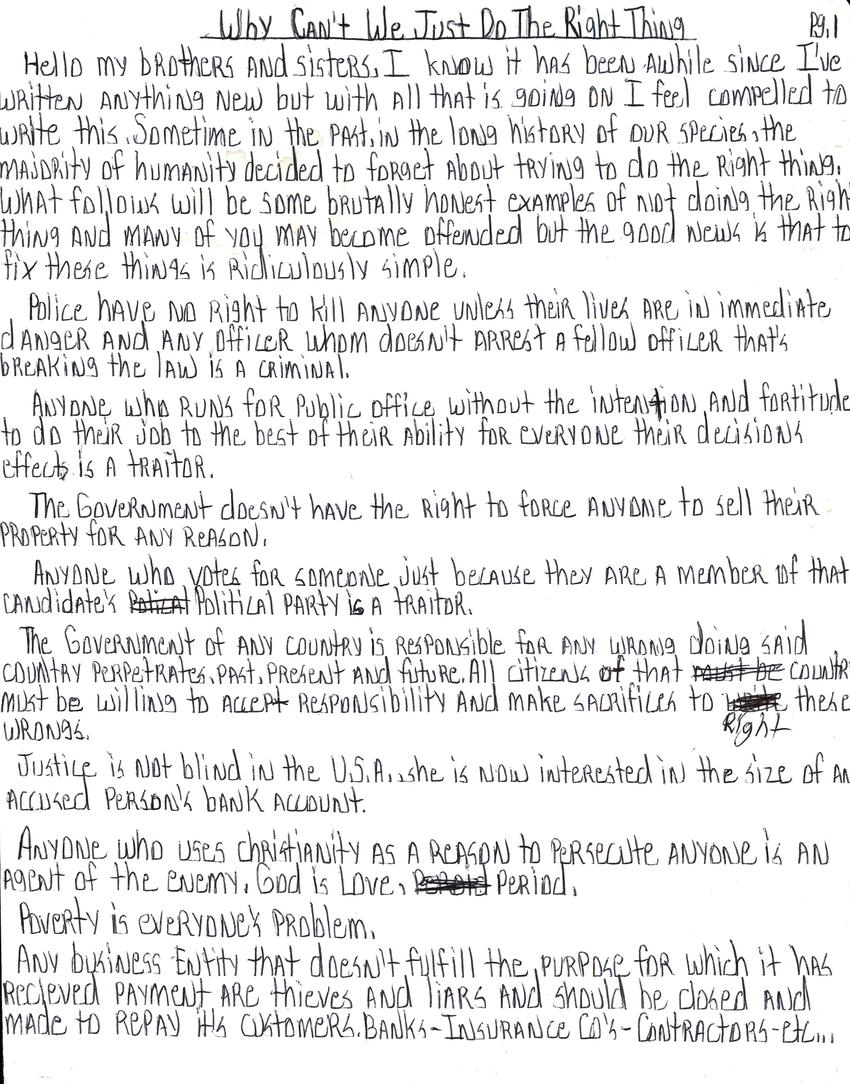 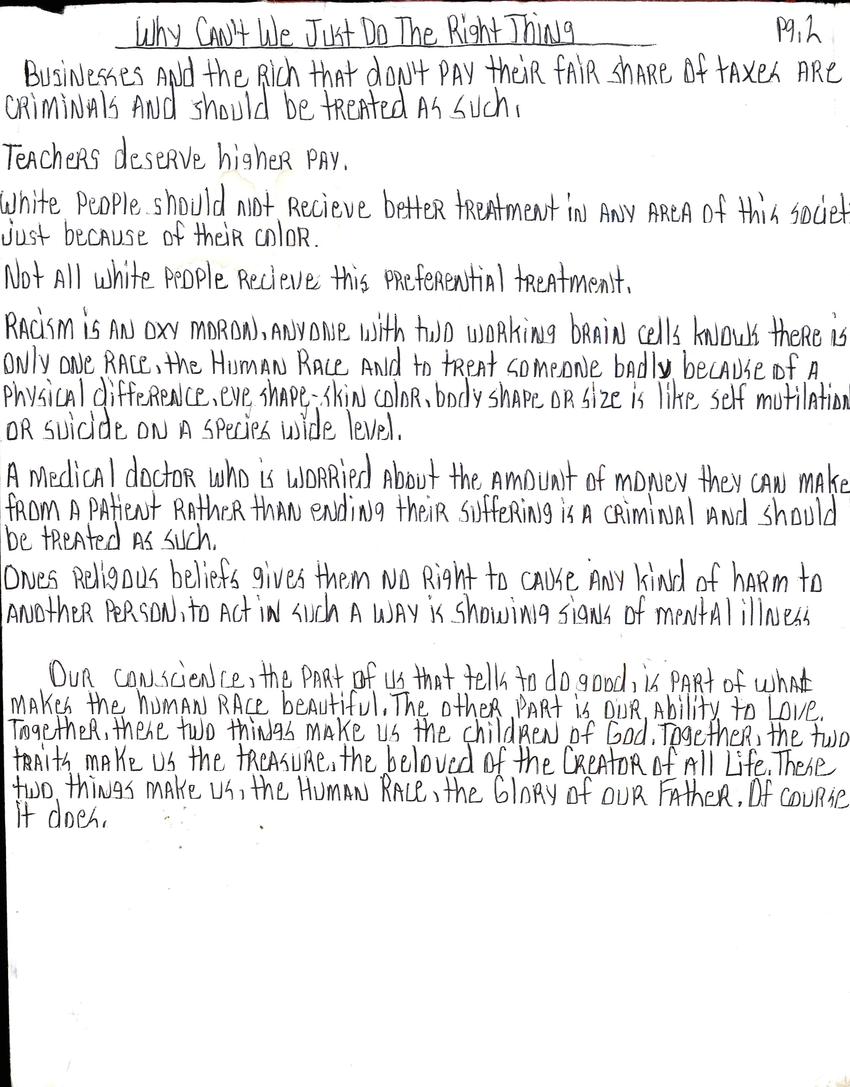 Why Can't We Just Do The Right Thing Pg. 1
Hello my brothers and sisters, I know it has been awhile since I've
written anything new but with all that is going on I feel compelled to
write this. Sometime in the past, in the long history of our species, the
majority of humanity decided to forget about trying to do the right thing.
What follows will be some brutally honest examples of not doing the right
thing and many of you may become offended but the good news is that to
fix these things is ridiculously simple.
Police have no right to kill anyone unless their lives are in immediate
danger and any officer whom doesn't arrest a fellow officer that's
breaking the law is a criminal.
Anyone who runs for public office without the intention and fortitude
to do their job to the best of their ability for everyone their decisions
effects is a traitor.
The Government doesn't have the right to force anyone to sell their
property for any reason.
Anyone who votes for someone just because they are a member of that
candidate's Political party is a traitor.
The Government of any country is responsible for any wrong doing said
country perpetrates, past, present and future. All citizens of that country
must be willing to accept responsibility and make sacrifices to right these
wrongs.
Justice is not blind in the U.S.A, she is now interested in the size of an
accused person's bank account.
Anyone who uses christianity as a reason to persecute anyone is an
agent of the enemy. God is Love, period.
Poverty is everyone's problem.
Any business Entity that doesn't fulfill the purpose for which it has
recieved payment ar thieves and liars and should be closed and
made to repay it's customers. Banks - Insurance Co's - Contractors - etc...

Why Can't We Just Do The Right Thing Pg. 2
Businesses and the rich that don't pay their fair share of taxes are
criminals and should be treated as such.
Teachers deserve higher pay.
White people should not recieve better treatment in any area of this society
just because of their color.
Not all white people recieve this preferential treatment.
Racism is an oxymoron, anyone with two working brain cells knows there is
only one race, the Human Race and to treat someone badly because if a
physical difference, eye shape - skim color, body shape or size is like self mutilation
or suicide on a species wide level.
A medical doctor who is worried about the amount of money they can make
from a patient rather than ending their suffering is a criminal and should
be treated as such.
Ones Religious beliefs gives them no right to cause any kind of harm to
another person, to act in such a way is showing signs of mental illness.
Our conscience, the part of us that tells us to do good, is part of what
makes the human race beautiful. The other part is our ability to Love.
Together, these two things make us the children of God. Together, the two
traits make us the treasure, the beloved of the Creator of all Life. These
two things make us, the Human Race, the Glory of our Father. Of course
it does.