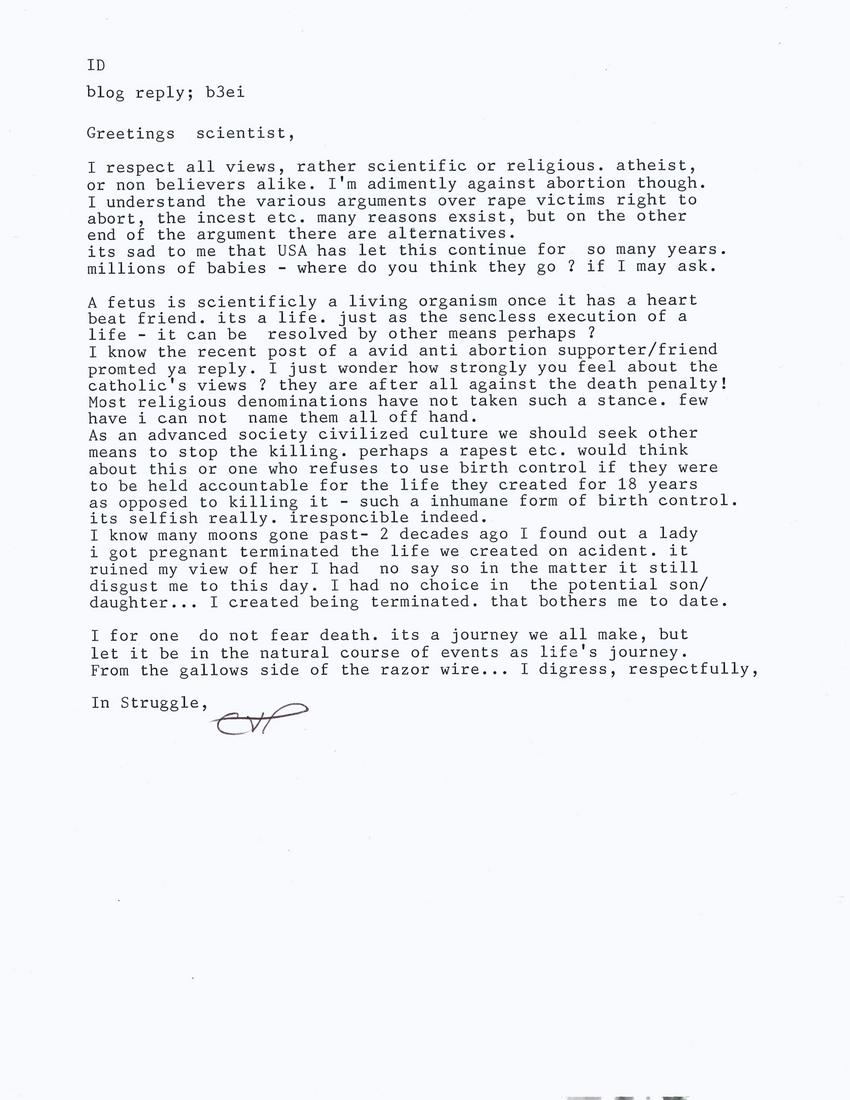 I respect all views, scientific or religious, atheist or non-believers alike. I'm adamantly against abortion though. I understand the various arguments over rape victims' right to abort, the incest, etc. Many reasons exist. But on the other hand, it's sad to me that USA has let this continue for so many years. Millions of babies, where do you think they go if I may ask.

A fetus is scientifically a living organism once it has a heartbeat, friend. It's a life. Just as a senseless execution of a life that can perhaps be resolved by other means.

I know the recent post of an avid anti-abortion supporter and friend promoted your reply. I just wonder how strongly you feel about the Catholic's views. They are, after all, against the death penalty! Most religious denominations have not taken such a stance. Few that I know; I cannot name them all offhand.

As an advanced society and civilized culture, we should seek other means to stop the killing. Perhaps a rapist, someone who refuses to use birth control (and so on) would think about this or if they were to be held accountable for the life they created for eighteen years as opposed to killing it. Such an inhumane form of birth control. It's selfish really. Irresponsible indeed.

I know many moons gone past. Two decades ago, I found out a lady I got pregnant terminated the life we created on accident. It ruined my view of her. I had no say so in the matter. It still disgusts me to this day. I had no choice in the potential son or daughter I created being terminated. That bothers me even today.

I, for one, do not fear death. It's a journey we all make. But let it be in the natural course of events, as life's journey. From the gallows side of the razor wire... I digress, respectfully.