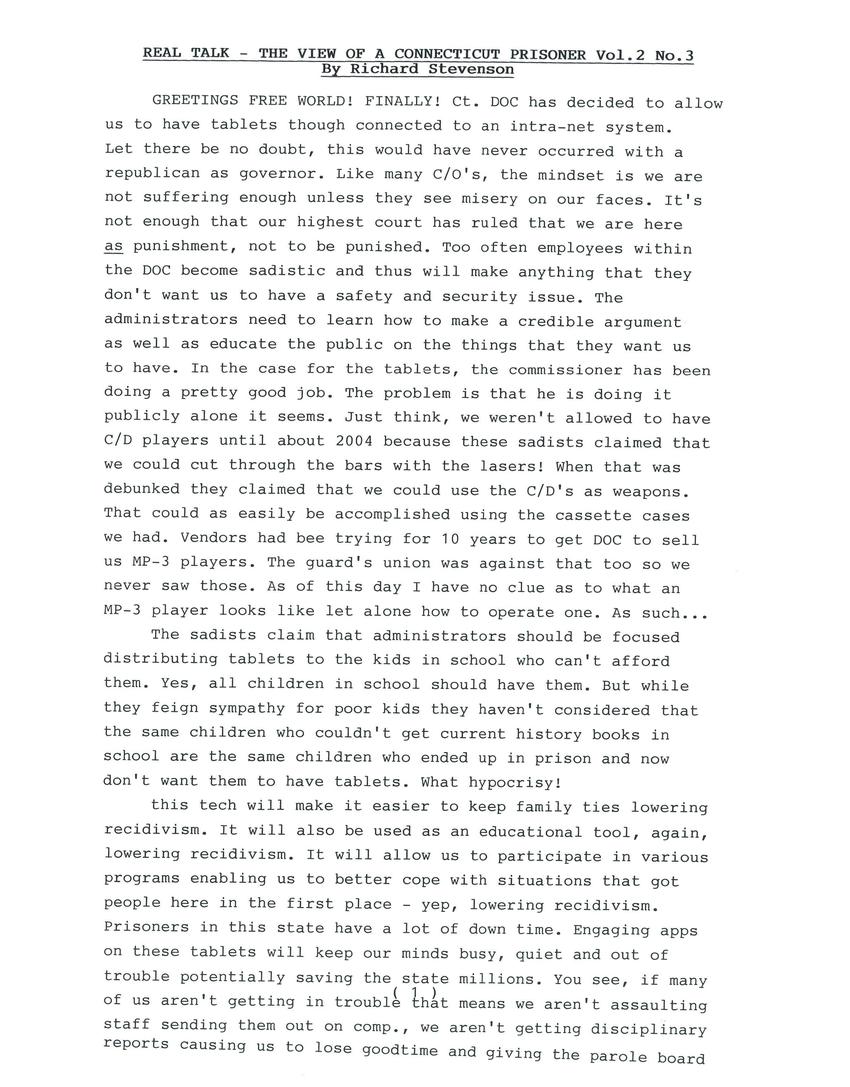 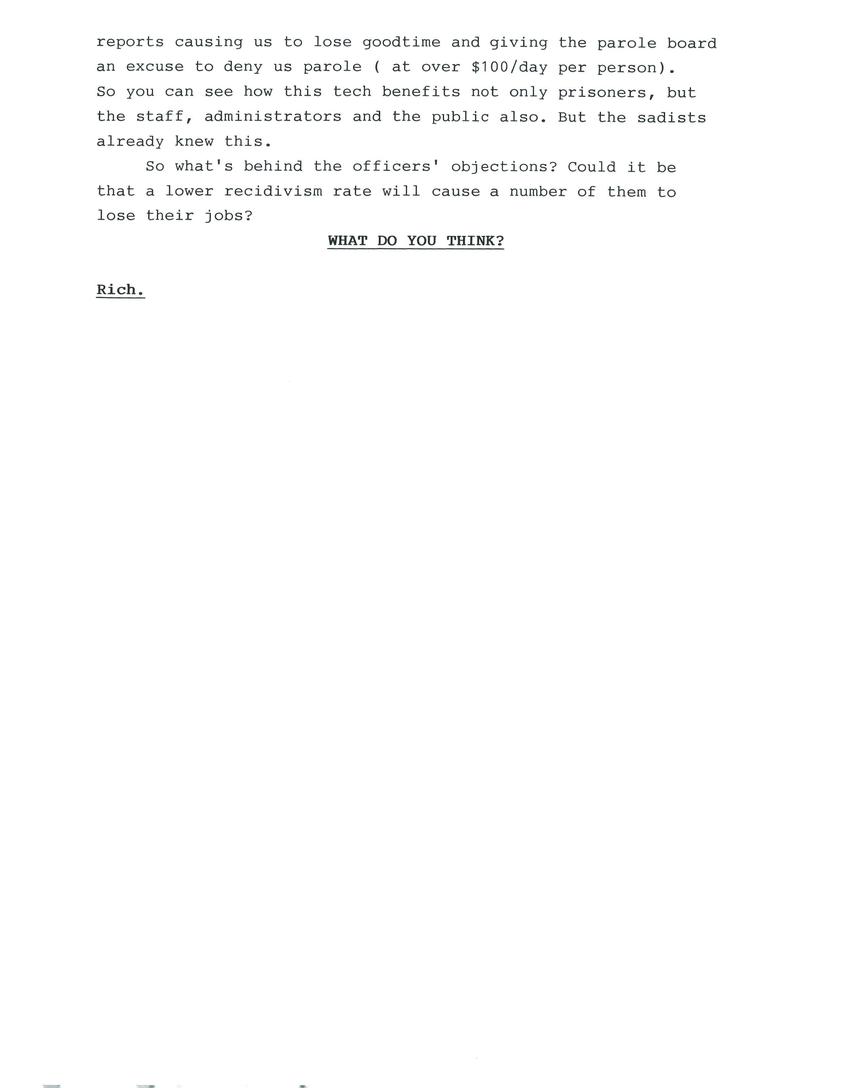 REAL TALK - THE VIEW OF A CONNECTICUT PRISONER Vol.2 No.3
By Richard Stevenson

Finally! Ct. DOC has decided to allow us to have tablets connected to an intra-net system. Let there be no doubt, this would have never occurred with a Republican as governor. Like many COs, the mindset is we are not suffering enough unless they see misery on our faces. It's not enough that our highest court has ruled that we are here as punishment, not to be punished. Too often employees within the DOC become sadistic and thus will make anything that they don't want us to have a safety and security issue. The administrators need to learn how to make a credible argument as well as educate the public on the things that they want us to have.

In the case for the tablets, the commissioner has been doing a pretty good job. The problem is that he is doing it publicly alone it seems. Just thing, we weren't allowed to have CD players until about 2004 because these sadists claimed that we could cut through the bars with the lasers! When that was debunked they claimed that we could use the CDs as weapons. That could as easily be accomplished using the cassette cases we had. Vendors had been trying for 10 years to get DOC to sell us mp3 players. The guards' union was against that too, so we never saw those. As of this day, I have no clue as to what an mp3 player looks like let alone how to operate one.

As such... the sadists claim that administrators should be focused distributing tablets to the kids in school who can't afford them. Yes, all children in school should have them. But while they feign sympathy for poor kids, they haven't considered that the same children who couldn't get current history books in schools are the same children who ended up in prison and now don't want them to have tablets. What hypocrisy!

So what's behind the officers' objections? Could it be that a lower recidivism rate will cause a number of them to lose their jobs?

WHAT DO YOU THINK?