Get Busy Livin' Or Get Busy Dying! 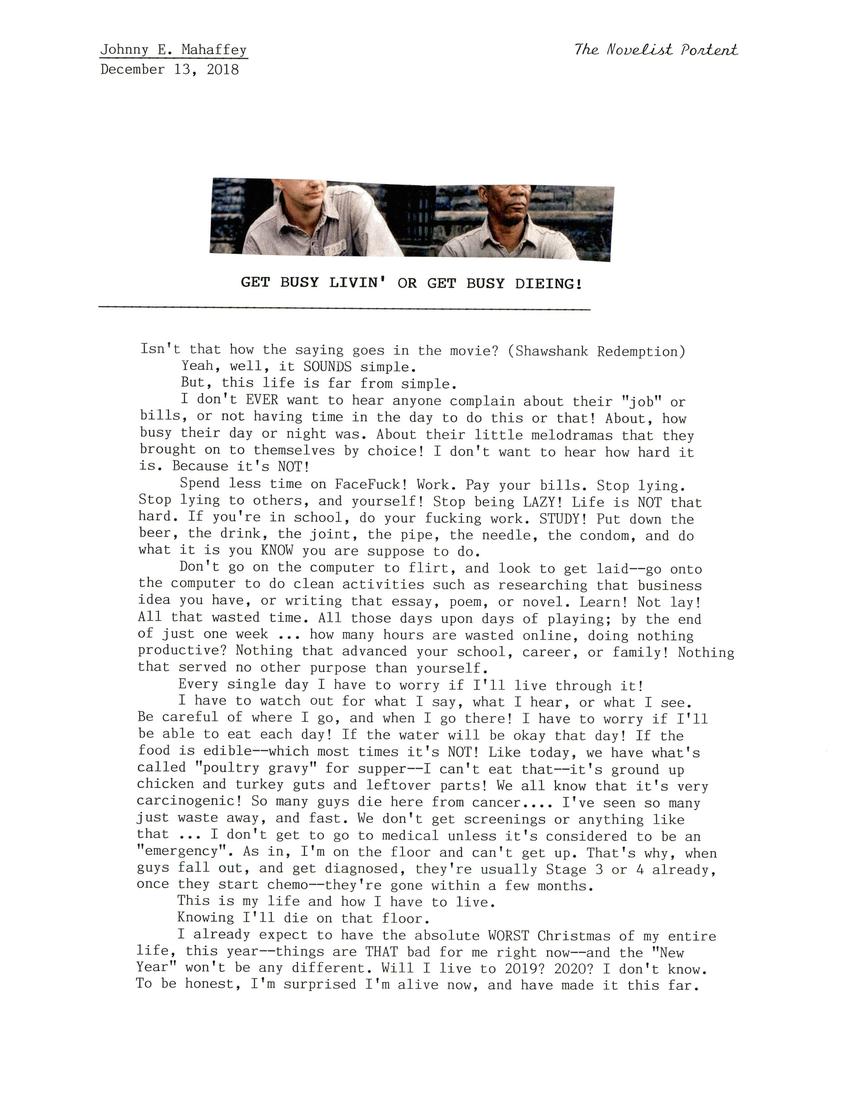 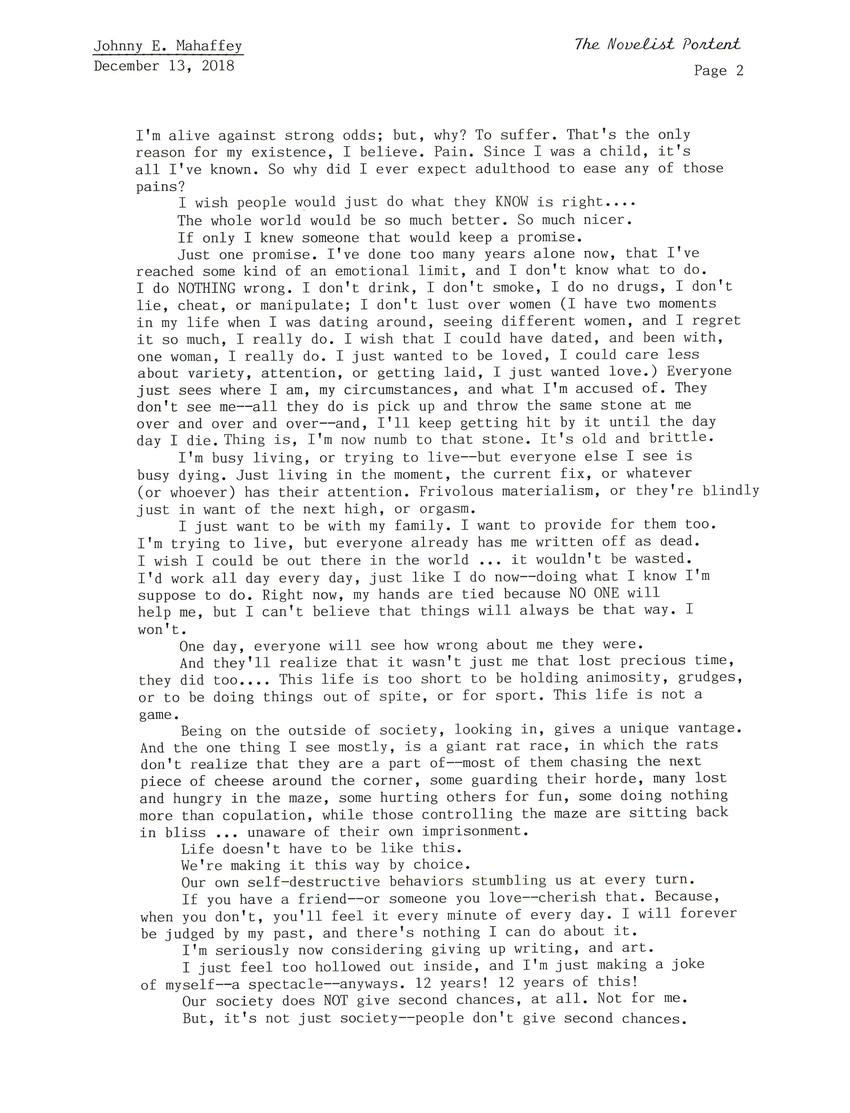 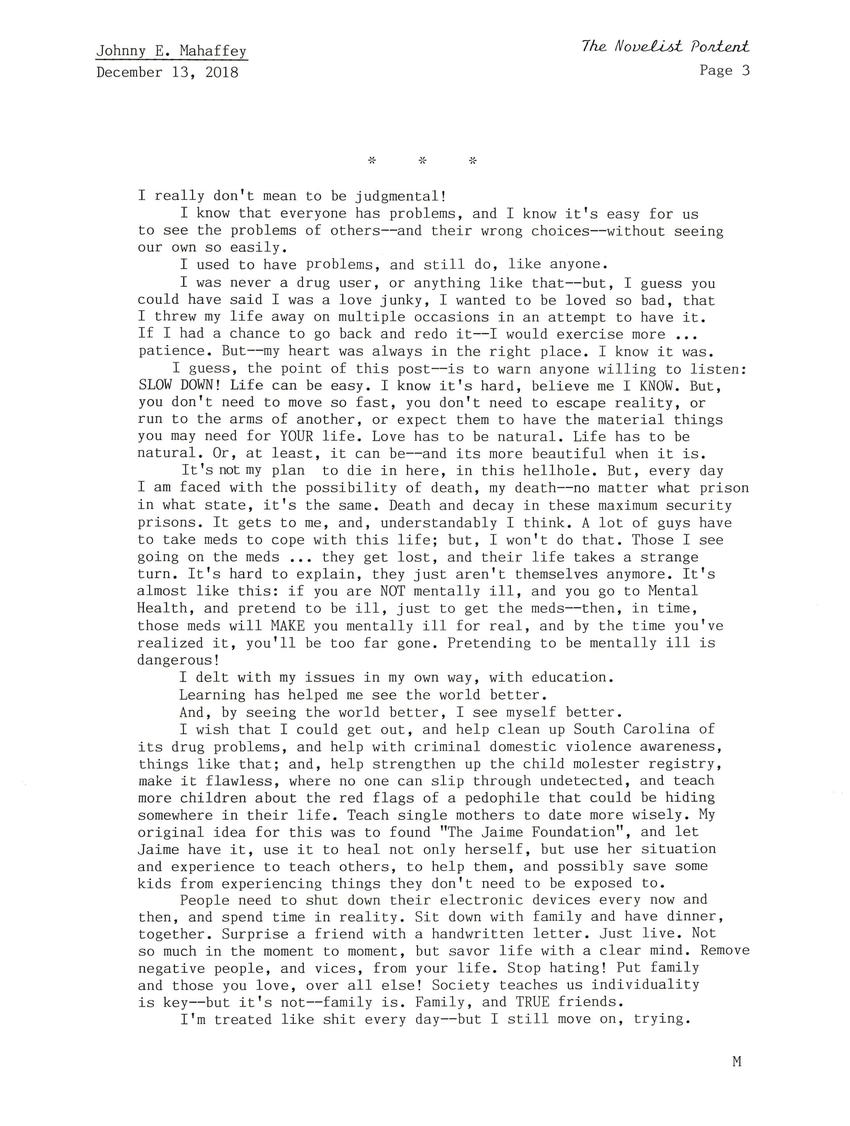 Honestly I wish you were closer. I would come see you. As it is I would have to drive 12 hours one way. I never thought you were a bad person just a god awful husband and you forgot to be a dad while chasing your whores. You were young and stupid in that way.
You seem to have such good taste in women. I know much about your Jaime. She is Jaime Shirley in Anderson and what u Americans call a loose girl. U can do better. Maybe she change, but probably not for long long time. U move on.