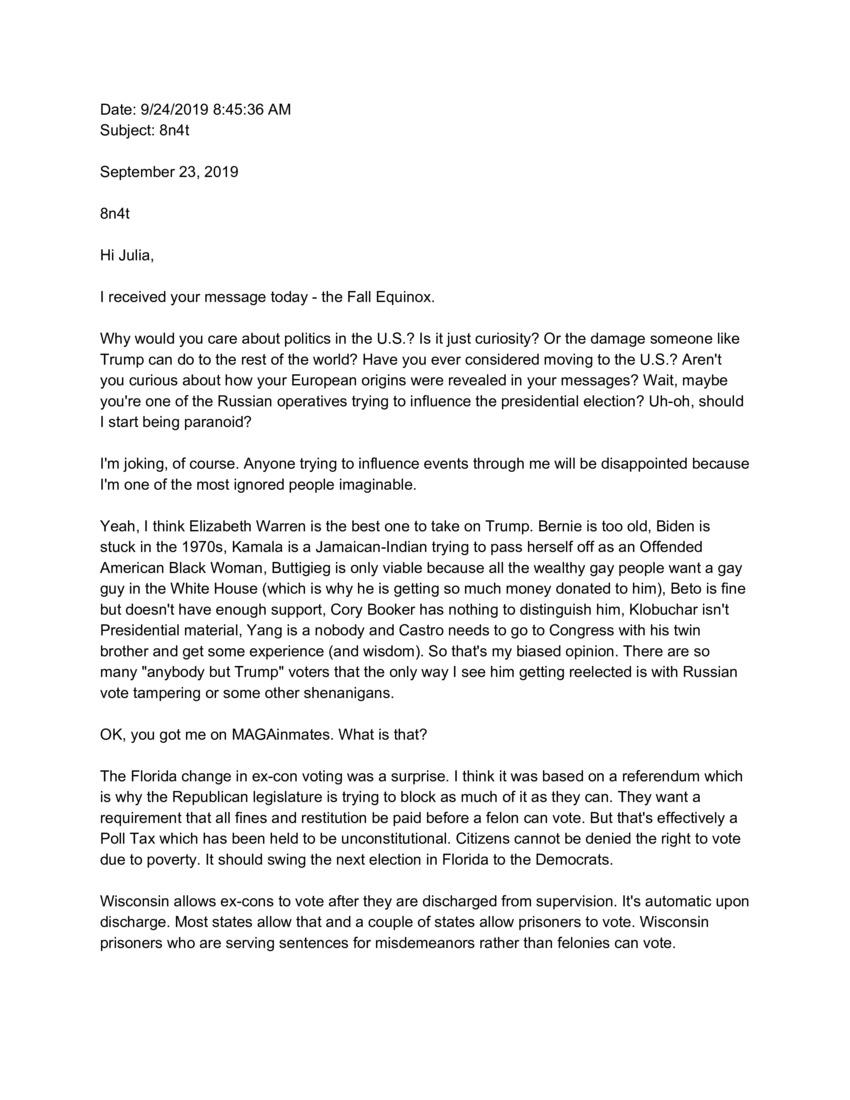 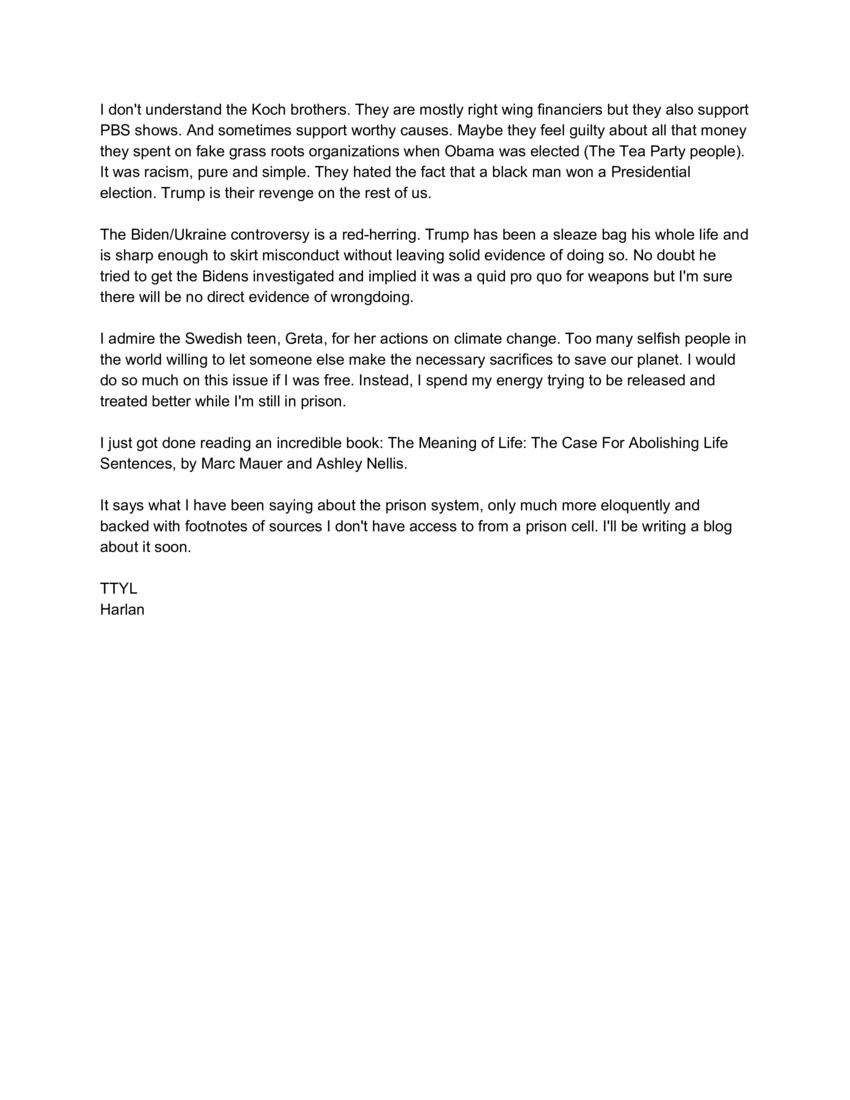 Why would you care about politics in the U.S.? Is it just curiosity? Or the damage someone like Trump can do to the rest of the world? Have you ever considered moving to the U.S.? Aren't you curious about how your European origins were revealed in your messages? Wait, maybe you're one of the Russian operatives trying to influence the presidential election? Uh oh, should I be paranoid?

I'm joking, of course. Anyone trying to influence events through me will be disappointed because I'm one of the most ignored people imaginable.

Yeah, I think Elizabeth Warren is the best one to take on Trump. Bernie is too old, Biden is stuck in the 1970s, Kamala is a Jamaican-Indian trying to pass herself of as an offended American black woman, Buttigieg is only viable because all the wealthy gay people want a gay guy in the White House (which is why he is getting so much money donated to him), Beto is fine but doesn't have enough support, Cory Booker has nothing to distinguish him, Klobuchar isn't presidential material, Yang is a nobody and Castro needs to go to Congress with his twin brother and get some experience (and wisdom).

So, that's my biased opinion. There are so many "anybody but Trump" voters that the only way I see him getting reelected is with Russian vote tampering or some other shenanigans.

Okay, you got me on MAGAinamtes. What is that?

The Florida change in ex-con voting was a surprise. I think it was based on a referendum which is why the Republican legislature is trying to block as much of it as they can. They want a requirement that all fines and restitution be paid before a felon can vote. But that's effectively a Poll Tax which has been held to be unconstitutional. Citizens cannot be denied the right to vote due to poverty. It should swing the next election in Florida to the Democrats.

Wisconsin allows ex-cons to vote after they are discharged from supervision. It's automatic upon discharge. Most states allow that and a couple states allow prisoners to cote. Wisconsin prisoners who are serving sentences for misdemeanors rather than felonies can vote.

I don't understand the Koch brothers. They are mostly right wing financiers but they also support PBS shows. And sometimes support worthy causes. Maybe they feel guilty about all the money they spent on fake grass roots organizations when Obama was elected (The Tea Party people). It was racism, pure and simple. They hated the fact that a black man won a presidential election. Trump is their revenge on the rest of us.

The Biden/Ukraine controversy is a red herring. Trump has been a sleazebag his whole life, and he is sharp enough to skirt misconduct without leaving solid evidence of doing so. No doubt he tried to get the Bidens investigated and implied it was a quid pro quo for weapons, but I'm sure there will be no direct evidence of wrongdoing.

I admire the Swedish teen, Greta, for her actions on climate change. Too many selfish people in the world willing to let someone else make the necessary sacrifices to save our planet. I would do so much on this issue if I were free. Instead, I spend my energy trying to be released and treated better while I'm still in prison.

I just got done reading an incredible book: The Meaning of Life: The Case For Abolishing Life Sentences by Marc Mauer and Ashley Nellis.

It says what I have been saying about the prison system, only much more eloquently and backed with footnotes of sources I don't have access to from a prison cell. I'll be writing a blog post about it soon.