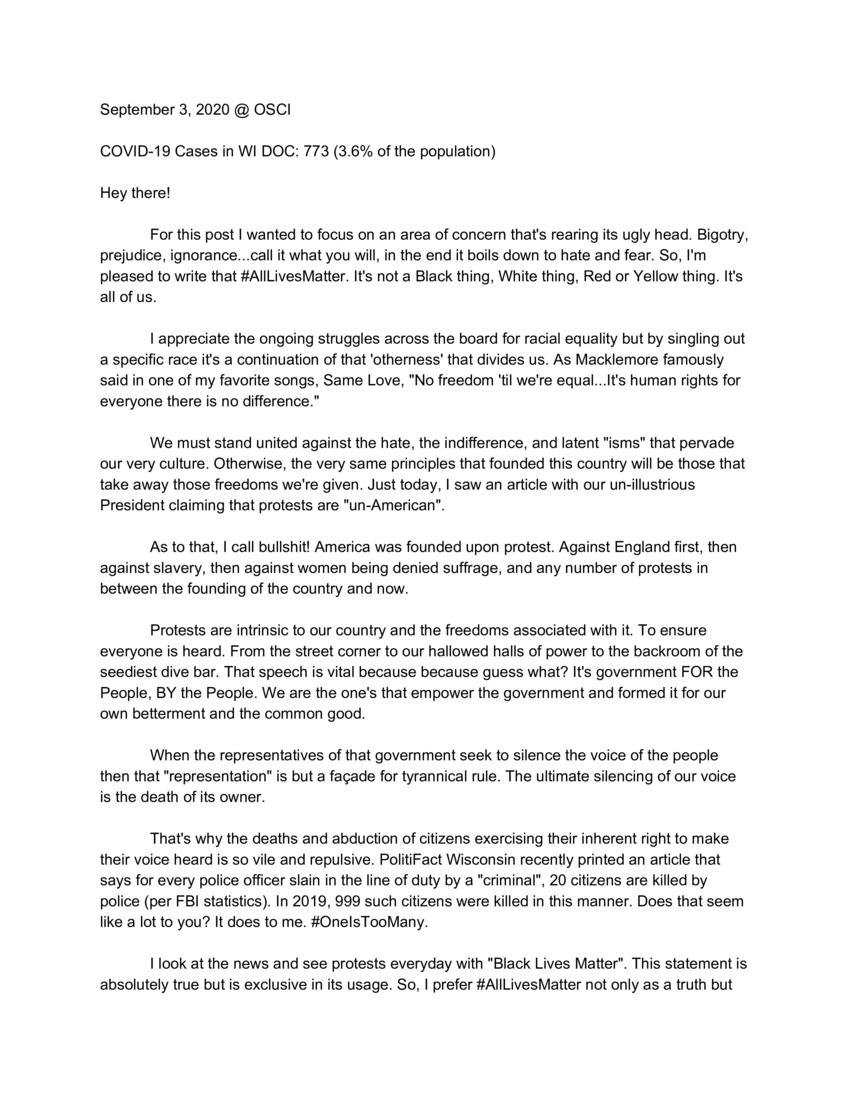 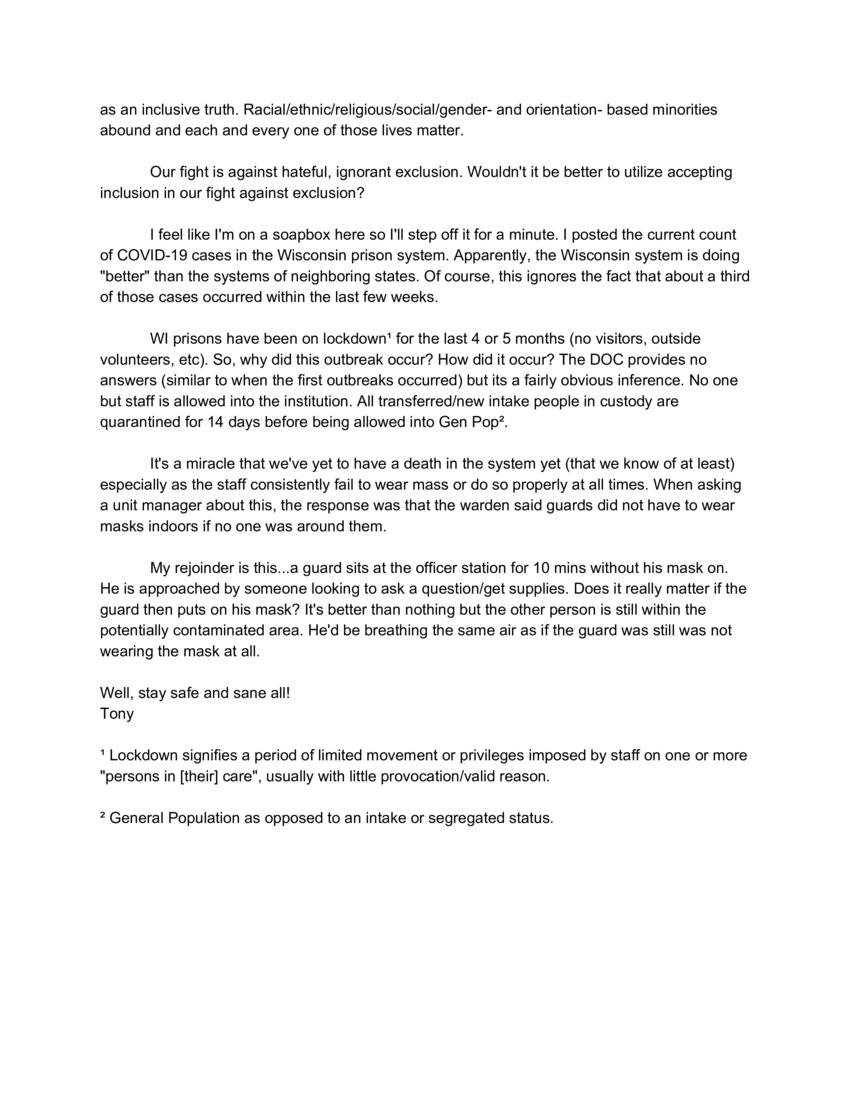 For this post I wanted to focus on an area of concern that's rearing its ugly head. Bigotry, prejudice, ignorance...call it what you will, in the end it boils down to hate and fear. So, I'm pleased to write that #AllLivesMatter. It's not a Black thing, White thing, Red or Yellow thing. It's all of us.

I appreciate the ongoing struggles across the board for racial equality but by singling out a specific race it's a continuation of that "otherness" that divides us. As Macklemore famously said in one of my favorite songs, Same Love, "No freedom 'til we're equal...It's human rights for everyone there is no difference."

We must stand against the hate, indifference, and latent "isms' that pervade our very culture. Otherwise, the very same principles that founded this country will be those that take away those freedoms we're given. Just today, I saw an article with our un-illustrious President claiming that protests are "un-American."

As to that, I call bullshit! America was founded upon protest. Against England first, then against slavery, then against women being denied suffrage, and any other number of protests in between the founding of the country and now.

Protests are intrinsic to our country and the freedoms we associated with it. To ensure everyone is heard. From the street corner to our hallowed halls of power to the backroom of the seediest dive bar. That speech is vital because because guess what? It's government FOR the People, BY the People. We are the one's that empower the government and formed it for our own betterment and the common good.

When the representatives of that government seek to silence the voice of the people then that "representation" is but a façade for tyrannical rule. The ultimate silencing of our voice is the death of its owner.

That's why the deaths and abduction of citizens exercising their inherent right to make their voice heard is so vile and repulsive. PolitiFact Wisconsin recently printed an article that says for every police officer slain in the line of duty by a "criminal", 20 citizens are killed by police (per FBI statistics). In 2019, 999 such citizens were killed in this manner. Does that seem like a lot to you? It does to me. #OneIsTooMany.

I look at the news and see protests everyday with "Black Lives Matter"". The statement is absolutely true but is exclusive in its usage. So, I prefer #AllLivesMatter not only as a truth but an an inclusive truth. Racial/ethnic/religious/social/gender- and orientation- based minorities abound and each and every one of those lives matter.

Our fight is against hateful, ignorant exclusion. Wouldn't it be better to utilize accepting inclusion in our fight against exclusion?

I feel like I'm on a soapbox here so I'll step off of it for a minute. I posted the current count of COVID-19 cases in the Wisconsin prison system. Apparently, the Wisconsin system is doing "better" than the systems of neighboring states. Of course, this ignores the fact that about a third of those occurred within the last few weeks.

WI prisons have been on lockdown (1) for the last 4 to 5 months (no visitors, outside volunteers, etc.). So, why did this first outbreak occur? How did it occur? The DOC provides no answers (similar to when the first outbreaks occurred) but its a fairly obvious inference. No one but staff is allowed into the situation.. All transferred/new intake people in custody are quarantined for 14 days before being allowed into Gen Pop (2).

It's a miracle that we've yet to have a death in the system yet (that we know of at least) especially as the staff consistently fail to wear mass or do so properly at all times. When asking a unit manager about this, the response was that the warden said guards did not have to wear masks indoors if no one was around them.

My rejoinder is this...a guard sits at the officer station 10 mins without a mask on. He is approached by someone looking to ask a question/get supplies. Does it really matter if the guard then puts his mask on? It's better than nothing but the other people is still within the potentially contaminated area. He'd be breathing the same air as if the guard was still was not wearing the mask at all.

(1) Lockdown signifies a period of limited movement privileges imposed by staff on one or more "persons in [their] care," usually with little provocation/valid reason.

(2) General Population as opposed to an intake or segregated status.