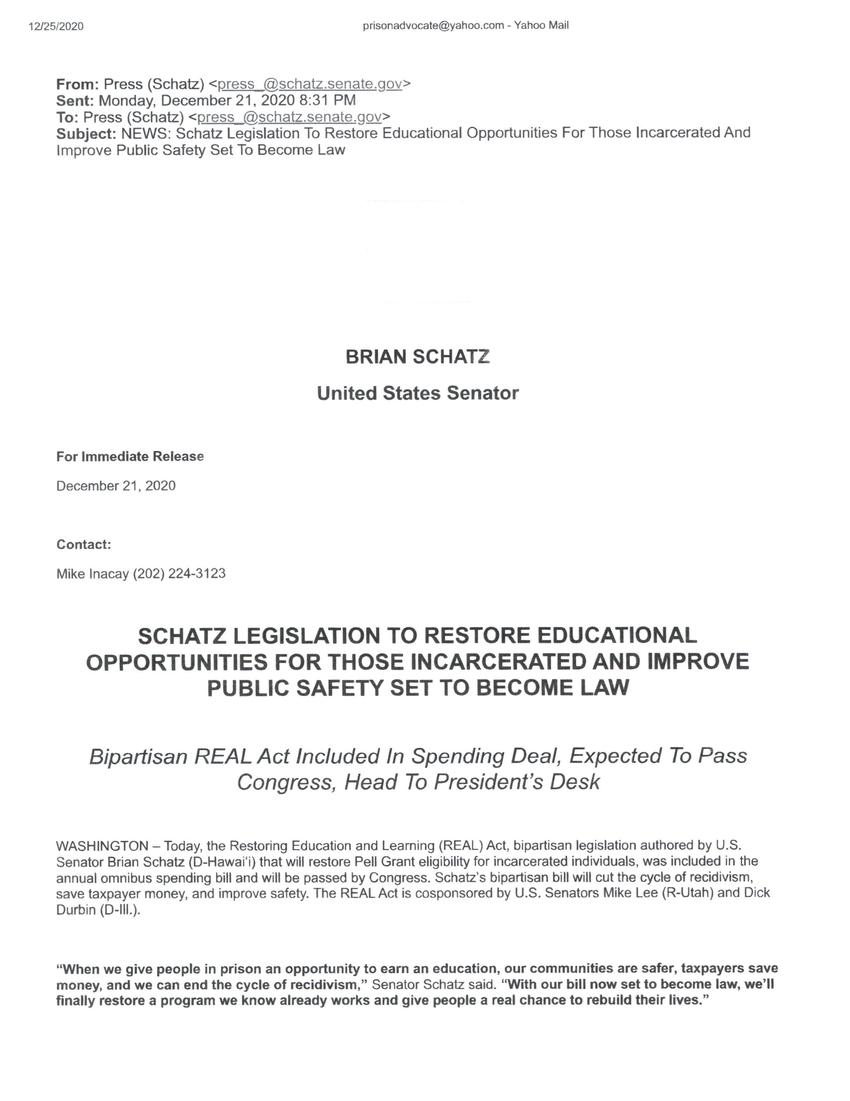 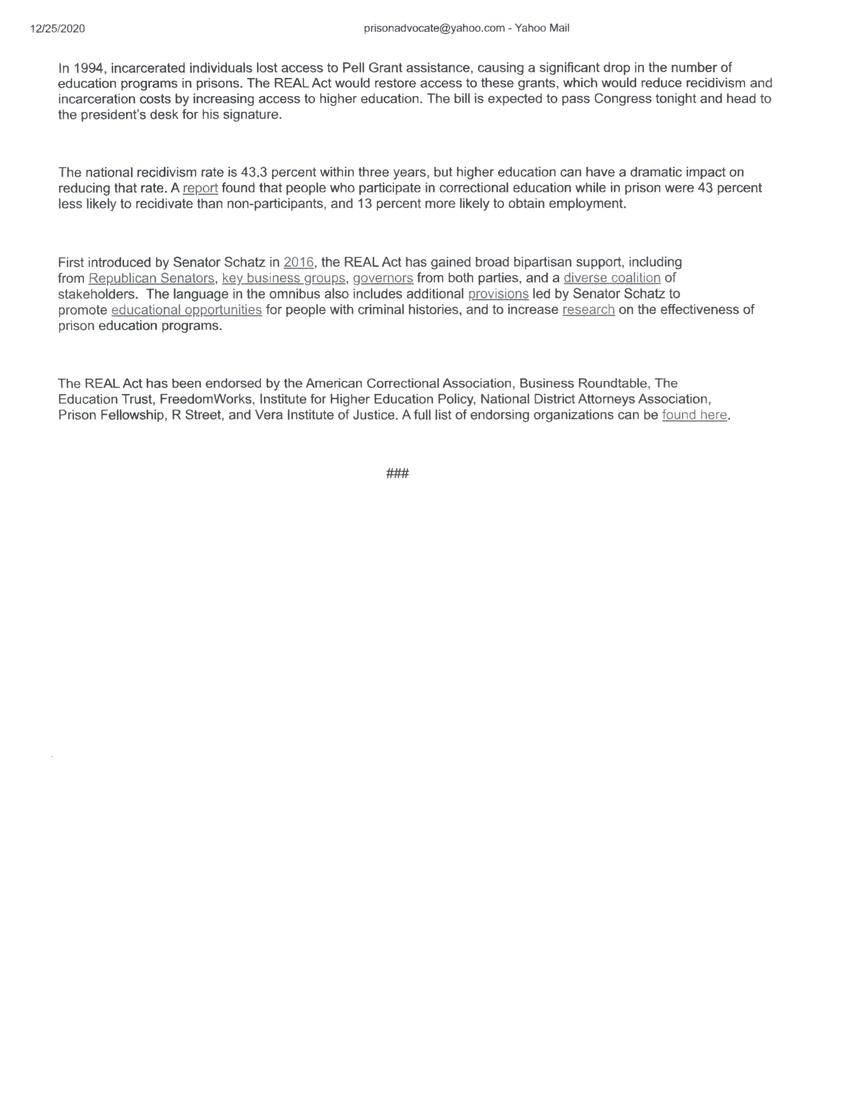 WASHINGTON - Today, the Restoring Education and Learning (REAL) Act, bipartisan legislation authored by U.S.Senator Brian Schatz (D-Hawai'i) that will restore Pell Grant eligibility for incarcerated individuals, was included in the annual omnibus spending bill and will be passed by Congress. Schatz's bipartisan bill will cut the cycle of recidivism, save taxpayer money, and improve safety. The REAL Act is cosponsored by U.S. Senators Mike Lee (R-Utah) and Dick Durbin (D-Ill.).

"When we give people in prison an opportunity to earn an education, our communities are safer, taxpayers save money, and we can end the cycle recidivism," Senator Schatz said. "With our bill now set to become law, we'll finally restore a program we know already works and give people a real chance to rebuild their lives."

In 1994, incarcerated individuals lost access to Pell Grant assistance, causing a significant drop in the number of education programs in prison. The REAL Act would restore access to these grants, which would reduce recidivism and incarceration costs by increasing access to higher education. The bill is expected to pass Congress tonight and head to the president's desk for his signature.

The national recidivism rate is 43.3 percent within three years, but higher education can have a dramatic impact on reducing that rate. A report found that people who participate in correctional education while in prison were 43 percent less likely to recidivate than non-participants, and 13 percent more likely to obtain employment.

First introduced by Senator Schatz in 2016, the REAL Act has gained broad bipartisan support, including from Republican Senators, key business groups, governors from both parties, and a diverse coalition of stakeholders. The language in the omnibus also includes additional provisions led by Senator Schatz to promote educational opportunities for people with criminal histories, and to increase research on the effectiveness of prison education programs.