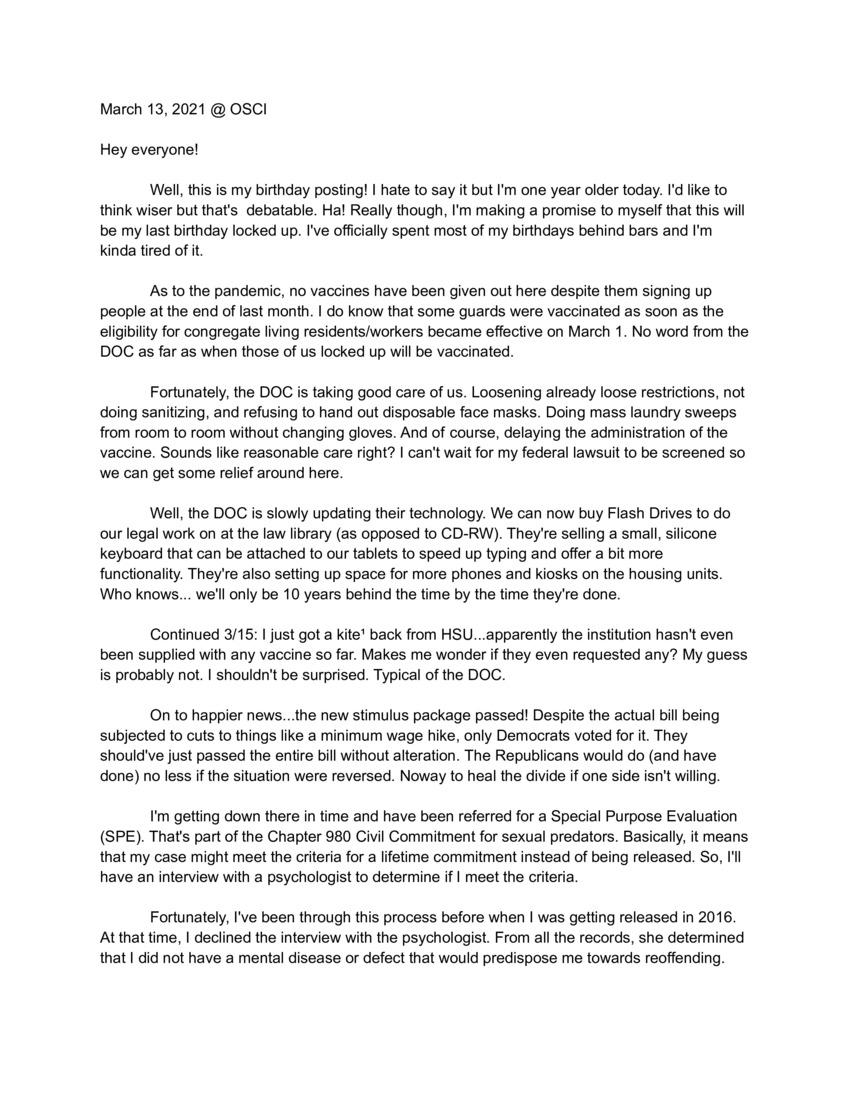 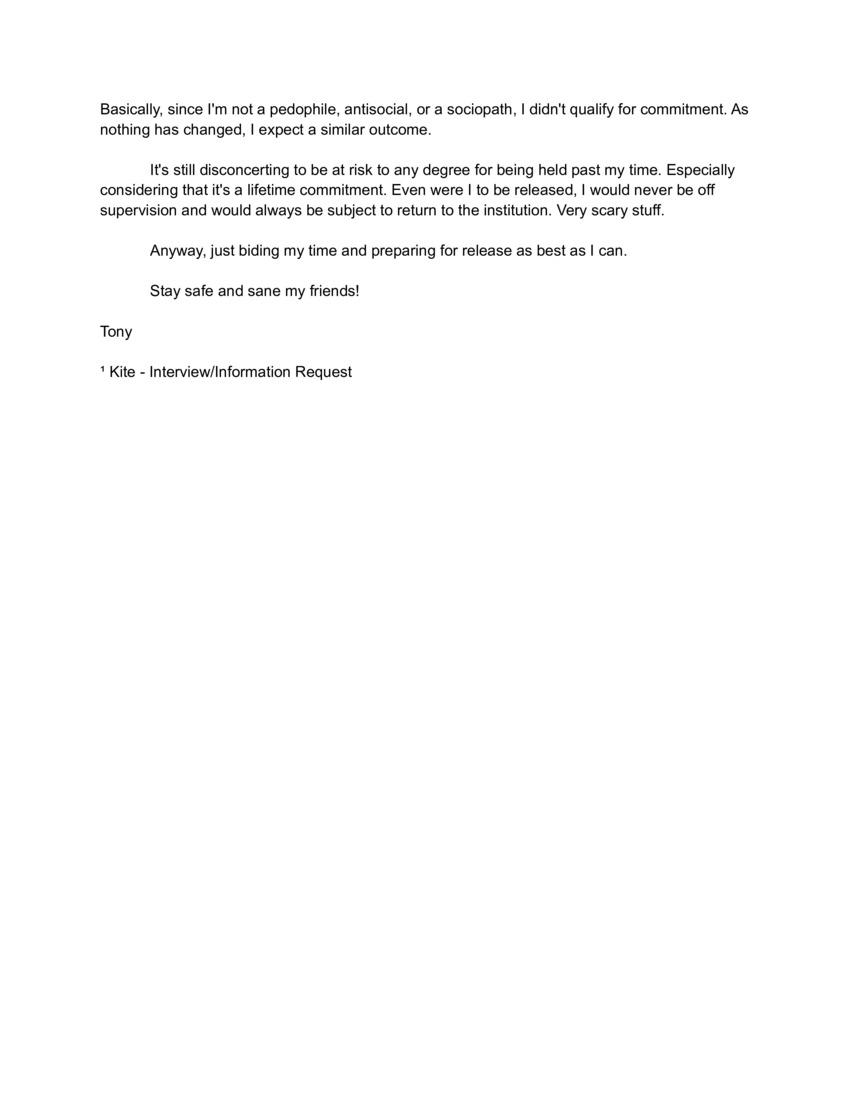 Well, this is my birthday posting! I hate to say it but I'm one year older today. I'd like to think wiser but that's debatable. Ha! Really though, I'm making a promise to myself that this will be my last birthday locked up. I've officially spent most of my birthdays behind bars and I'm kinda tired of it.

As to the pandemic, no vaccines have been given out here despite them signing up people at the end of last month. I do know that some guards were vaccinated as soon as the eligibility for congregate living residents/workers became effective on March 1. No word from the DOC as far as when those of us locked up will be vaccinated.

Fortunately, the DOC is taking good care of us. Loosening already loose restrictions, not doing sanitizing, and refusing to hand out disposable face masks. Doing mass laundry sweeps from room to room without changing gloves. And of course, delaying the administration of the vaccine. Sounds like reasonable care right? I can't wait for my federal lawsuit to be screened so we can get some relief around here.

Well, the DOC is slowly updating their technology. We can now buy Flash Drives to do our legal work on at the law library (as opposed to CD-RW). They're selling a small, silicone keyboard that can be attached to our tablets to speed up typing and offer a bit more functionality. They're also setting up space for more phones and kiosks on the housing units. Who knows... we'll only be 10 years behind the time by the time they're done.

Continued 3/15: I just got a kite back from HSU...apparently the institution hasn't even been supplied with any vaccine so far. Makes me wonder if they even requested any? My guess is probably not. I shouldn't be surprised. Typical of the DOC.

On to happier news...the new stimulus package passed! Despite the actual bill being subjected to cuts to things like a minimum wage hike, only Democrats voted for it. They should've just passed the entire bill without alteration. The Republicans would do (and have done) no less if the situation were reversed. Noway to heal the divide if one side isn't willing.

I'm getting down there in time and have been referred for a Special Purpose Evaluation (SPE). That's part of the Chapter 980 Civil Commitment for sexual predators. Basically, it means that my case might meet the criteria for a lifetime commitment instead of being released. So, I'll have an interview with a psychologist to determine if I meet the criteria.

Fortunately, I've been through this process before when I was getting released in 2016. At that time, I declined the interview with the psychologist. From all the records, she determined that I did not have a mental disease or defect that would predispose me towards reoffending.

Basically, since I'm not a pedophile, antisocial, or a sociopath, I didn't qualify for commitment. As nothing has changed, I expect a similar outcome.

It's still disconcerting to be at risk to any degree for being held past my time. Especially considering that it's a lifetime commitment. Even were I to be released, I would never be off supervision and would always be subject to return to the institution. Very scary stuff.

Anyway, just biding my time and preparing for release as best as I can.

Stay safe and sane my friends! 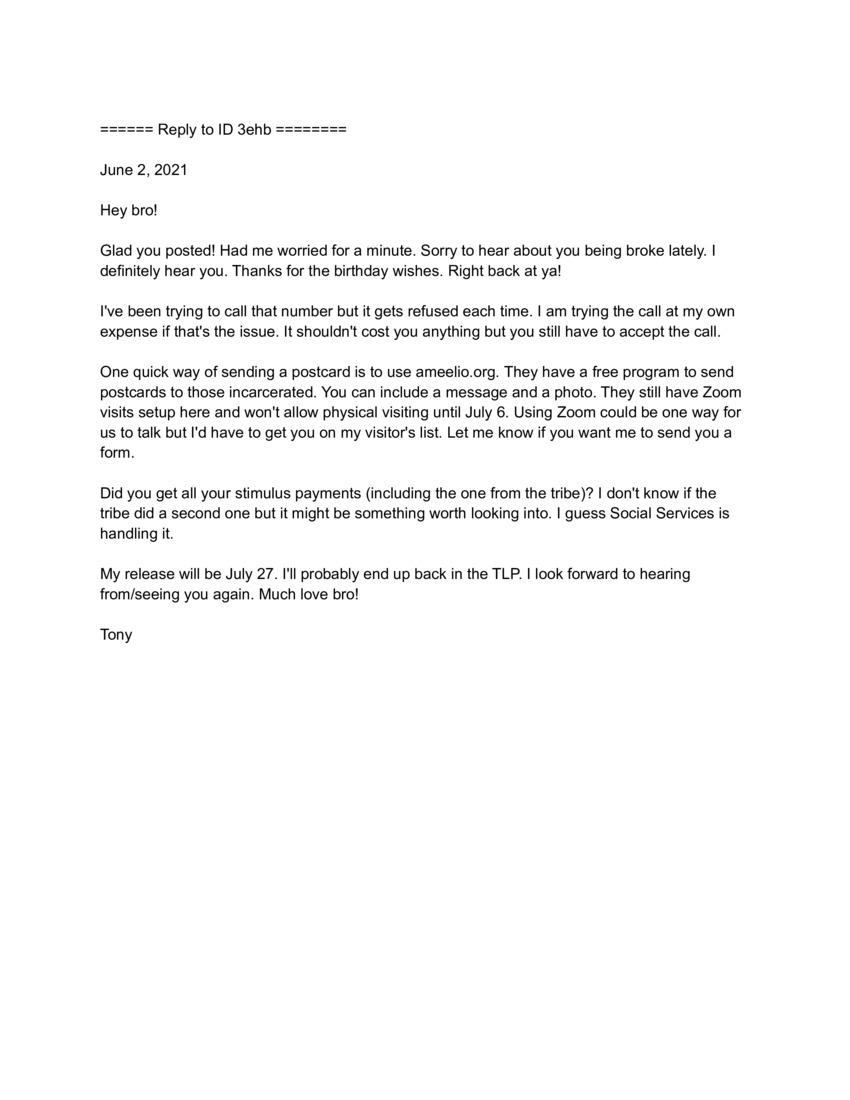