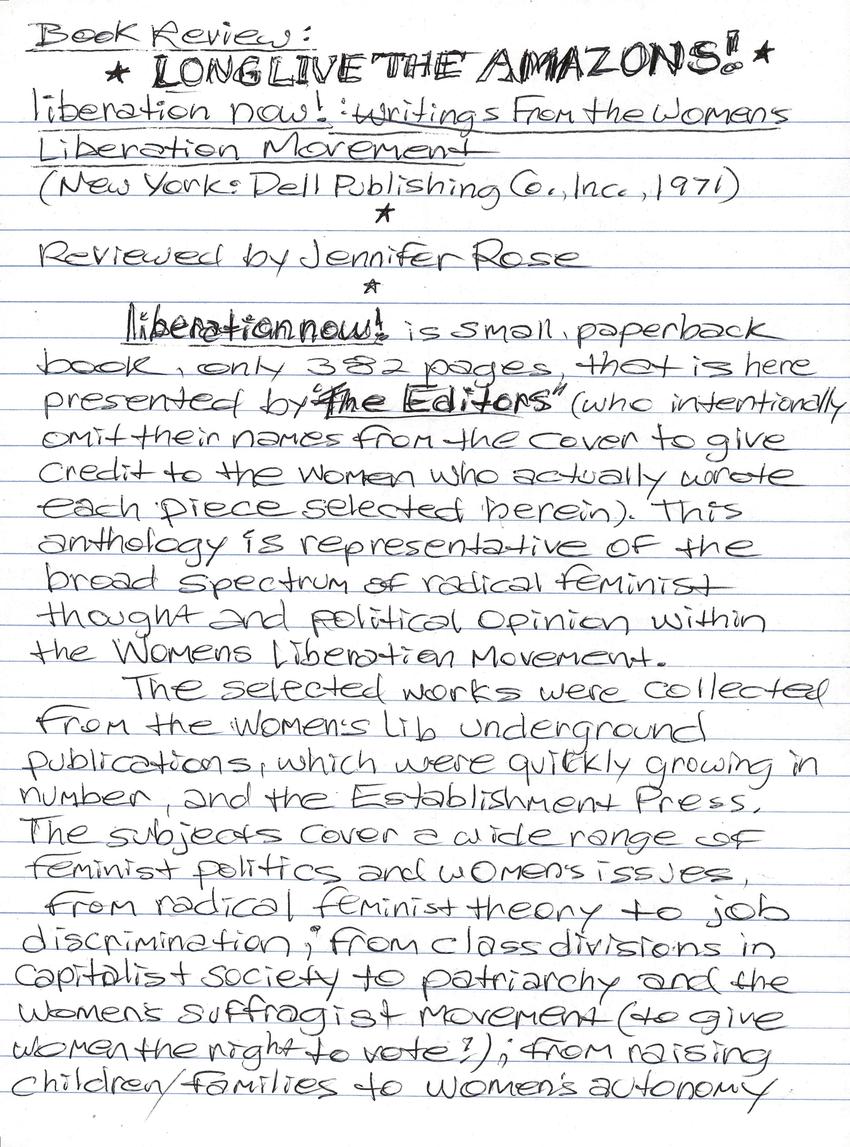 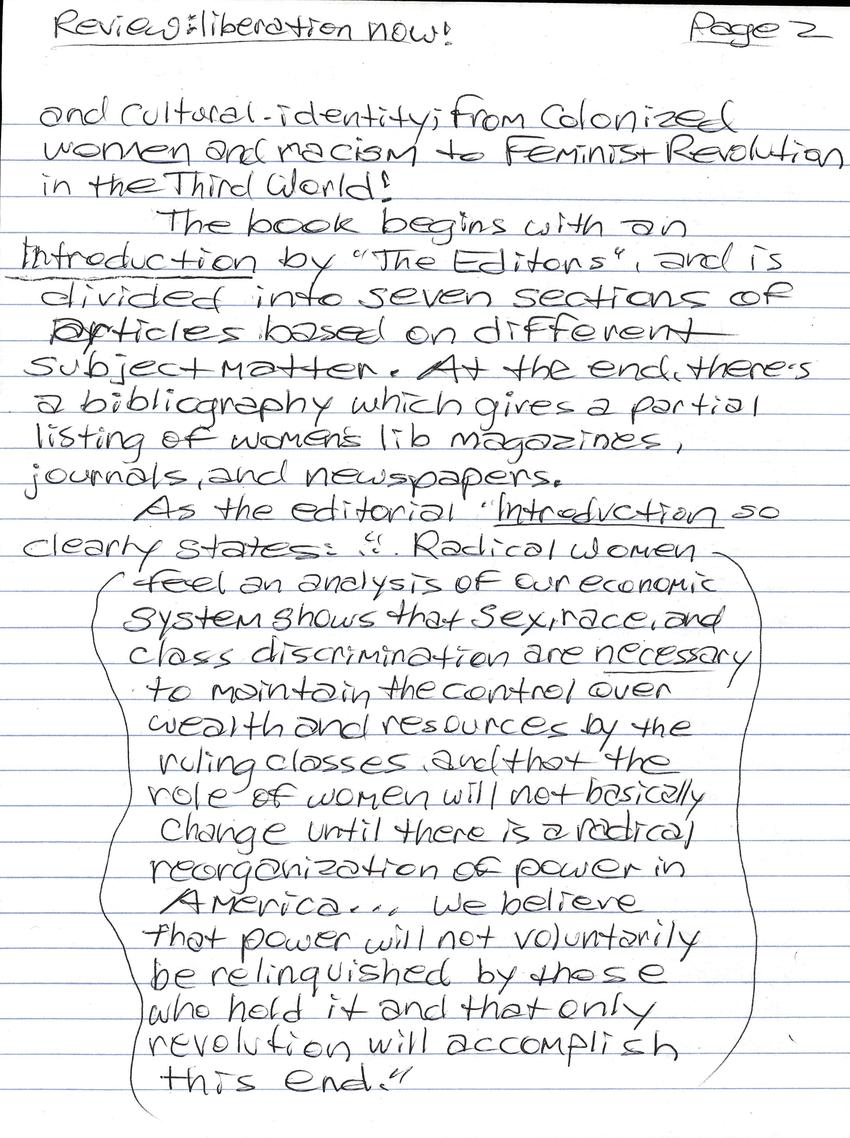 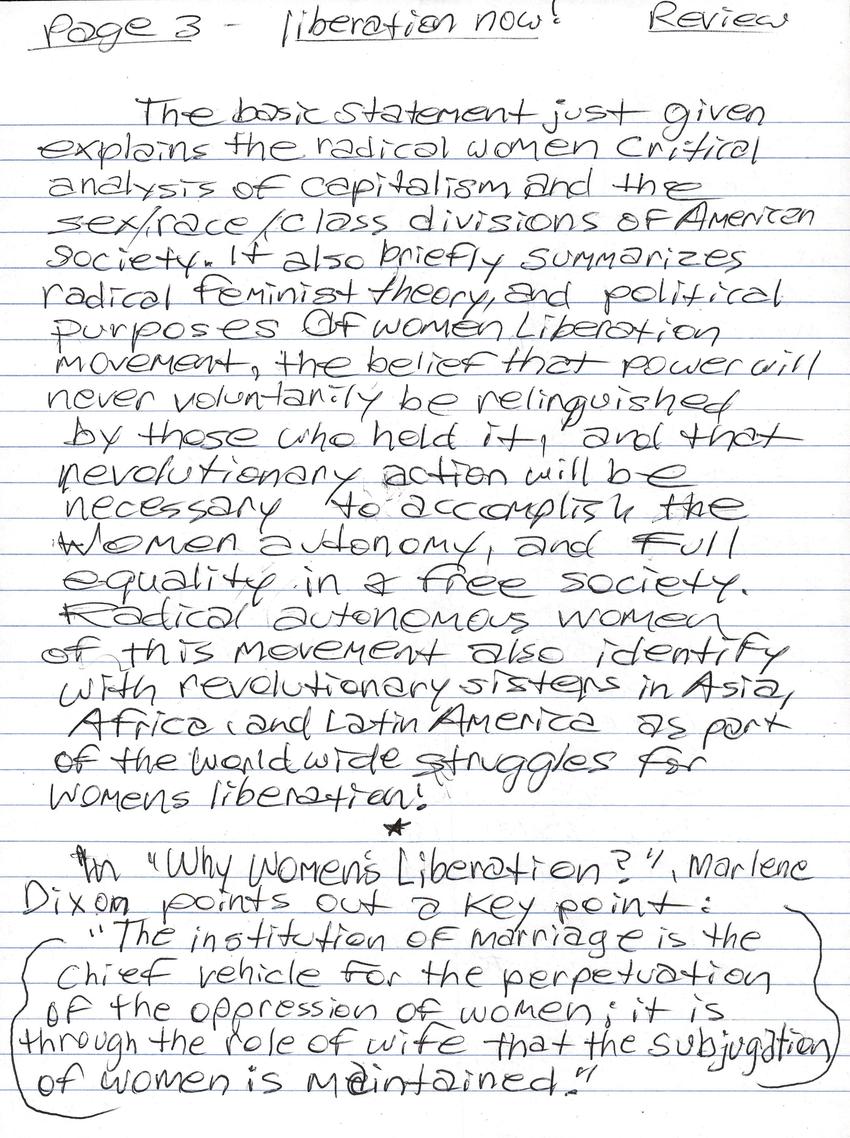 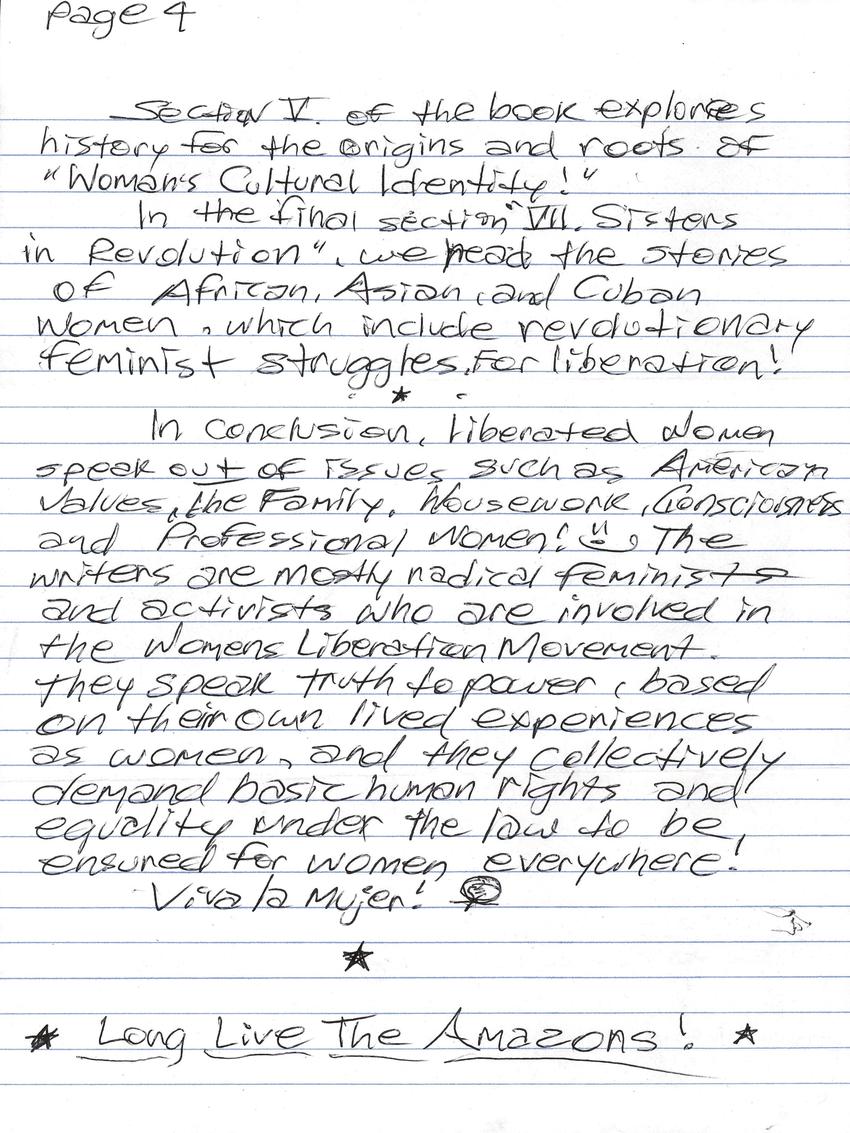 Liberation now! is a small, paperback book, only 382 pages, that is here presented by "The Editors" (who intentionally omit their names from the cover to give credit to the women who actually wrote each piece selected herein). This anthology is representative of the broad spectrum of radical feminist thought and political opinion within the Womens Liberation Movement.
The selected works were collected from the Women's Lib Underground publications, which were quickly growing in number, and the Establishment Press. The subjects cover a wide range of feminist politics and women's issues, from radical feminist theory to job discrimination; from class divisions in capitalist society to patriarchy and the women's suffrogist movement )to give women the right to vote!); from raising children/families to women's autonomy and cultural identity; from colonized women and racism to Feminist Revolution in the Third World!
The book begins with an Introduction by "The Editors", and is divided into seven sections of articles based on different subject matter. At the end, there's a bibliography which gives a partial listing of women's lib magazines, journals, and newspapers.
As the editorial Introduction so clearly states: "Radical women feel an analysis of our economic system shows that sex, race, and class discrimination are necessary to maintain control over wealth and resources by the ruling classes, and that the role of women will not basically change until there is a radical reorganization of power in America... We believe that power will not voluntarily be relinquished by those who hold it and that only revolution will accomplish this end."
The basic statement just given explains the radical women critical analysis of capitalism and the sex/race/class divisions of American society. It also briefly summarizes radical feminist theory, and political purposes of Women Liberation Movement, the belief that power will never voluntarily be relinquished by those who hold it, and that revolutionary action will be necessary to accomplish the women autonomy, and Full equality in a free society. Radical autonomous women of this movement also identify with revolutionary sisters in Asia, Africa, and Latin America as part of the worldwide struggles for Womens liberation!
In "Why Women's Liberation?", Marlene Dixon points out a key point: "The institution of marriage is the chief vehicle for the perpetuation of the oppression of women; it is through the role of wife that the subjugation of women is maintained."
Section V of the book explores history for the origins and roots of "Woman's Cultural Identity!"
In the final section "VII. Sisers in Revolution", we read the stories of African, Asian, and Cuban women, which include the revolutionary feminist struggles. For liberation!
In conclusion, liberated women speak out of issues, such as American values, the Family, Housework, Consciousness, and Professional Women! :-) The writers are mostly radical feminists and activists who are involved in the Womens Liberation Movement. They speak truth to power, based on their own lived experiences as women, and they collectively demand basic human rights and equality under the law to be ensured for women everwhere!
Viva la mujer! (female symbol)

Thanks for writing! I finished the transcription for your post. This was such an amazing read - I enjoyed reading your review so much and I'm so glad you enjoyed the anthology. As a younger feminist myself, reading this review makes me want to do more reading on these topics and educate myself even more. I love your passion for feminism. Hope you're doing well :)
~Lauren