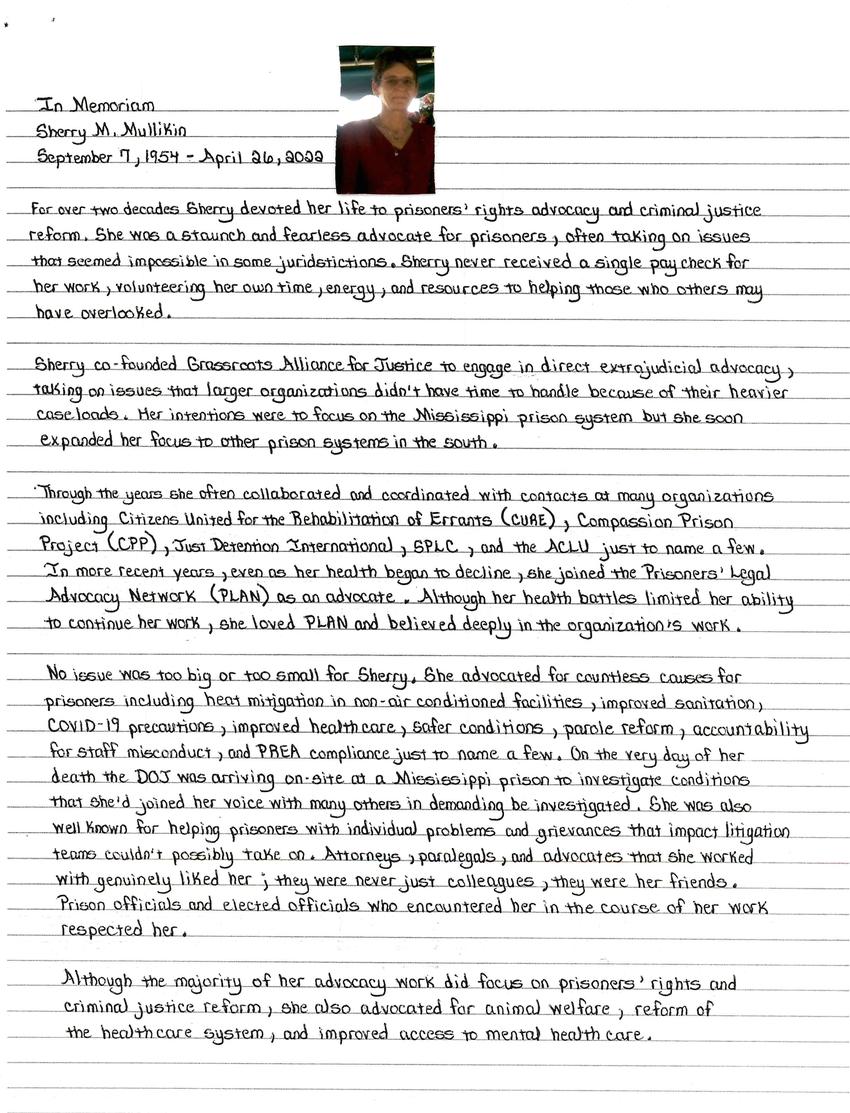 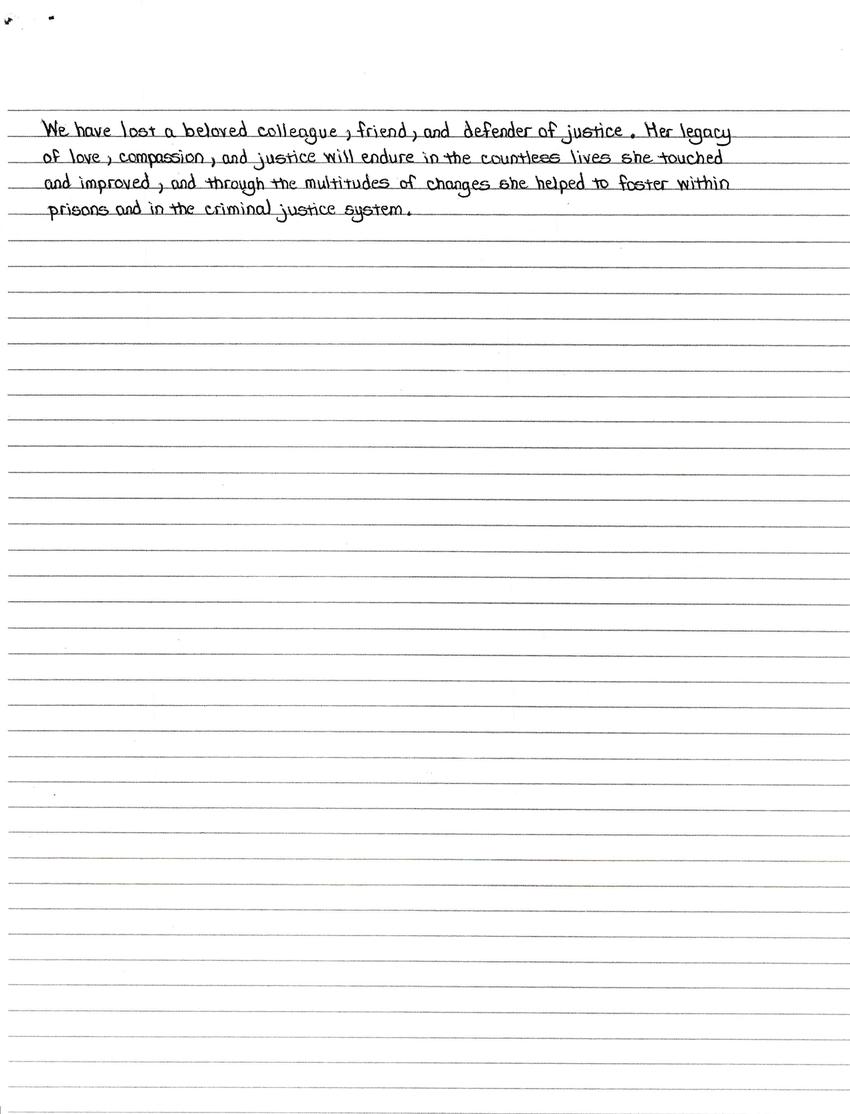 For over two decades Sherry devoted her life to prisoners' rights, advocacy and criminal justice reform. She was a staunch and fearless advocate for prisoners, often taking on issues that seemed impossible in some jurisdictions. Sherry never received a single pay check for her work, volunteering her own time, energy and resources to helping those who others may have overlooked.

Sherry co-funded Grassroots Alliance for Justice to engage in direct extrajudicial advocacy, taking on issues that larger organisations didn't have time to handle because of their heaver case loads. Her intentions were to focus on the Mississippi prison system but she soon expanded her focus to other prison systems in the South.

Through the years she often collaborated and coordinated with contacts at many organisations including Citizens United for the Rehabilitation of Errants (CURE), Compassion Prison Projects (CPP), Just Detention International, SPLC, and the ACLU just to name a few. In more recent years, even as her health began to decline, she joined the Prisoner's Legal Advocacy Network (PLAN) as an advocate. Although her health battles limited her ability to continue her work, she loved PLAN and believed deeply in the organisation's work.

No issue was too big or too small for Sherry. She advocated for countless causes for prisoners including heat mitigation in non-air conditioned facilities, improved sanitation, COVID-19 precautions, improved healthcare, safer conditions, parole reform, accountability for staff misconduct, and PREA compliance just to name a few. On the very day of her death the DOJ was arriving on-site at a Mississippi prison to investigate conditions that she'd joined her voice with many others in demanding to be investigated. She was also well known for helping prisoners with individual problems and grievances that impact litigation teams couldn't possibly take on. Attorneys, paralegals and advocates that she worked with genuinely liked her; they were never just colleagues, they were her friends. Prison officials and elected officials who encountered her in the course of her work respected her.

Although the majority of her advocacy work did focus on prisoner's rights and criminal justice reform, she also advocated for animal welfare, reform of the healthcare system, and improved access to mental health care.

We have lost a beloved colleague, friend, and defender of justice. Her legacy of love, compassion and justice will endure in the countless lives she touched and improved, and through the multitudes of changes she helped to foster within prisons and in the criminal justice system.