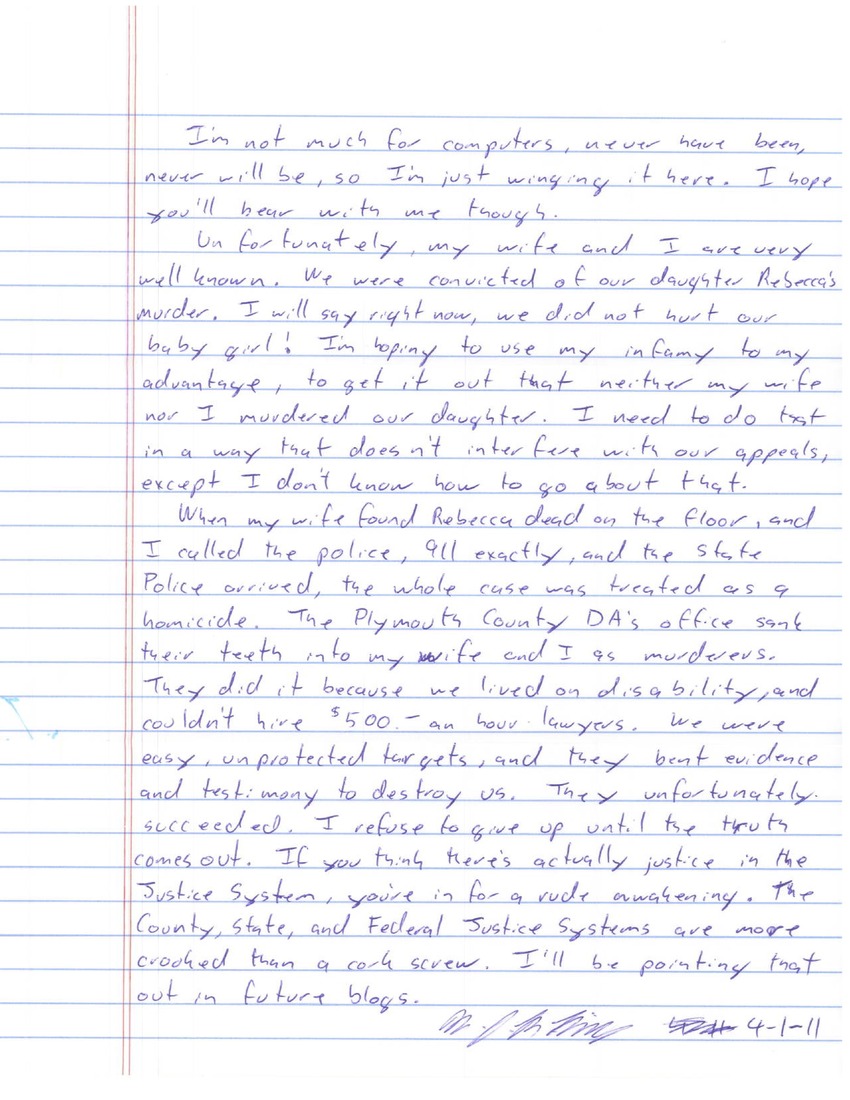 I'm not much for computers, never have been, never will be, so I'm just winging it here. I hope you'll bear with me though.

Unfortunately, my wife and I are very well known. We were convicted of our daughter Rebecca's murder. I will say right now, we did not hurt our baby girl! I'm hoping to use my infamy to my advantage, to get it out that neither my wife nor I murdered our daughter. I need to do that in a way that doesn't interfere with our appeals, except I don't know how to go about that.

When my wife found Rebecca dead on the floor, and I called the police, 911 exactly, and the state Police arrived, the whole case was treated as a homicide. The Plymouth County DA's office sank their teeth into my wife and I as murderers. They did it because we lived on disability, and couldn't hire $500 an hour lawyers. We were easy, unprotected targets, and they bent evidence and testimony to destroy us. They unfortunately succeeded. I refuse to give up until the truth comes out. If you think there's actually justice in the Justice System, you're in for a rude awakening. The County, State, and Federal Justice Systems are more crooked than a cork screw. I'll be pointing that out in future blogs.