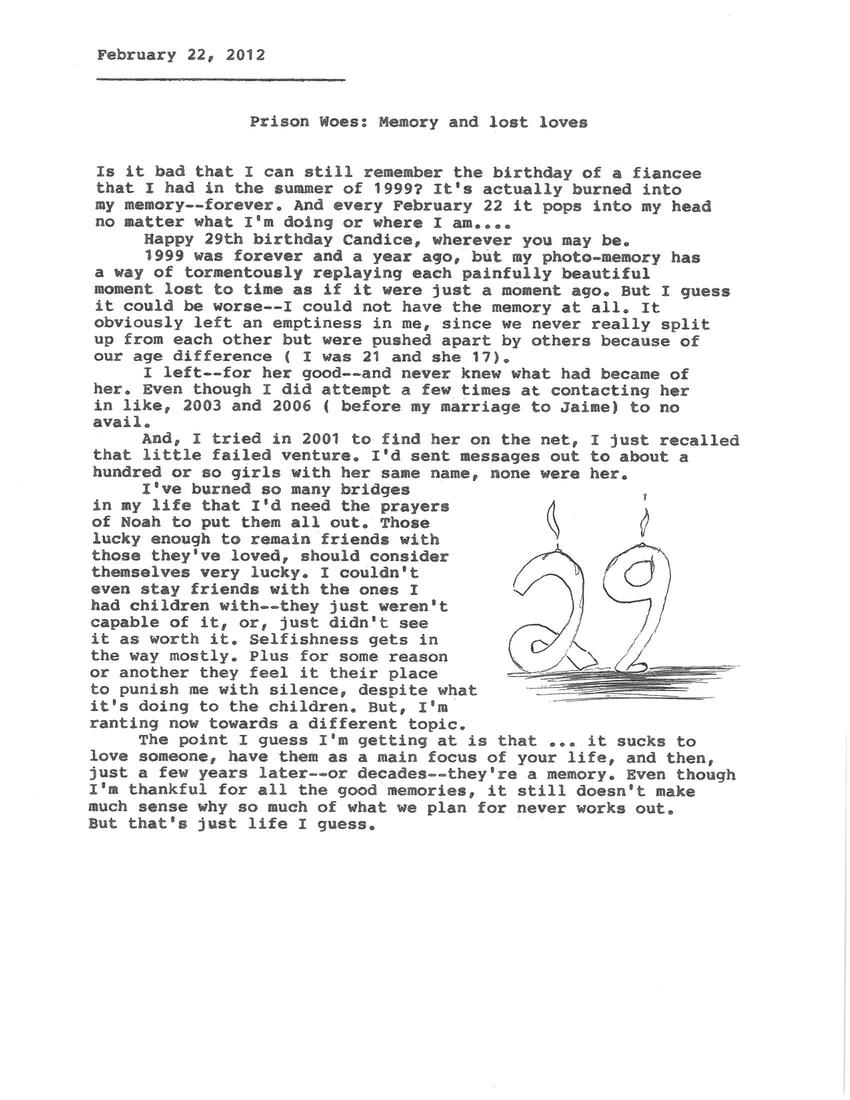 Is it bad that I can still remember the birthday of a fiancée I had in the summer of 1999? It's actually burned into my memory—forever. Every February 22 it pops into my head, no matter what I'm doing or where I am.

Happy 29th birthday, Candice, wherever you may be.

1999 was forever and a year ago, but my photo memory has a way of tormenting me and replaying each painfully beautiful moment lost to time as if it were just a moment ago. But I guess it could be worse. I could not have the memory at all. It obviously left an emptiness in me since we never really split up from each other but pushed apart by others because of our age differences (I was 21 and she was 17). I left her—for good—and never knew what had became of her. Even though I did attempt to contact her a few times in, like, 2003 and 2006 (before my marriage to Jaime) to no avail.

And I tried in 2001 to find her on the net. I just recalled that little failed venture. I'd sent messages out to about a hundred or so girls with her same name. None were her.

I've burned so many bridges in my life that I'd need the prayers of Noah to put them all out. Those lucky enough to remain friends with those they've loved should consider themselves very lucky. I couldn't even stay friends with the ones I had children with. They just weren't capable of it or just didn't see it as worth it. Plus for some reason or another, they feel it's their place to punish me with silence, despite what it's doing to the children. But I'm ranting now towards a different topic.

The point I guess I'm getting at is it sucks to love someone, have them as a main focus of your life, and then, just a few years later—or decades—they're a memory. Even though I'm thankful for all the good memories, it still doesn't make much sense why so much of what we plan for never works out. But that's just life, I guess.

Why dont u wright about Mama?Don't let her know i now can replie to u.She no like me even egnoliging you.Im so sorry but I lost ur Tin Hous books duringthe move.We now live in TN again.Well good night I Love You

We have a computer now. So I Read your blogs.I will check them more often now.I hope you had a good Easter. And I hope all that paper work got where it needed to go.Ron and I are taking computer classes now. Your writing is very good. I enjoy reading them. 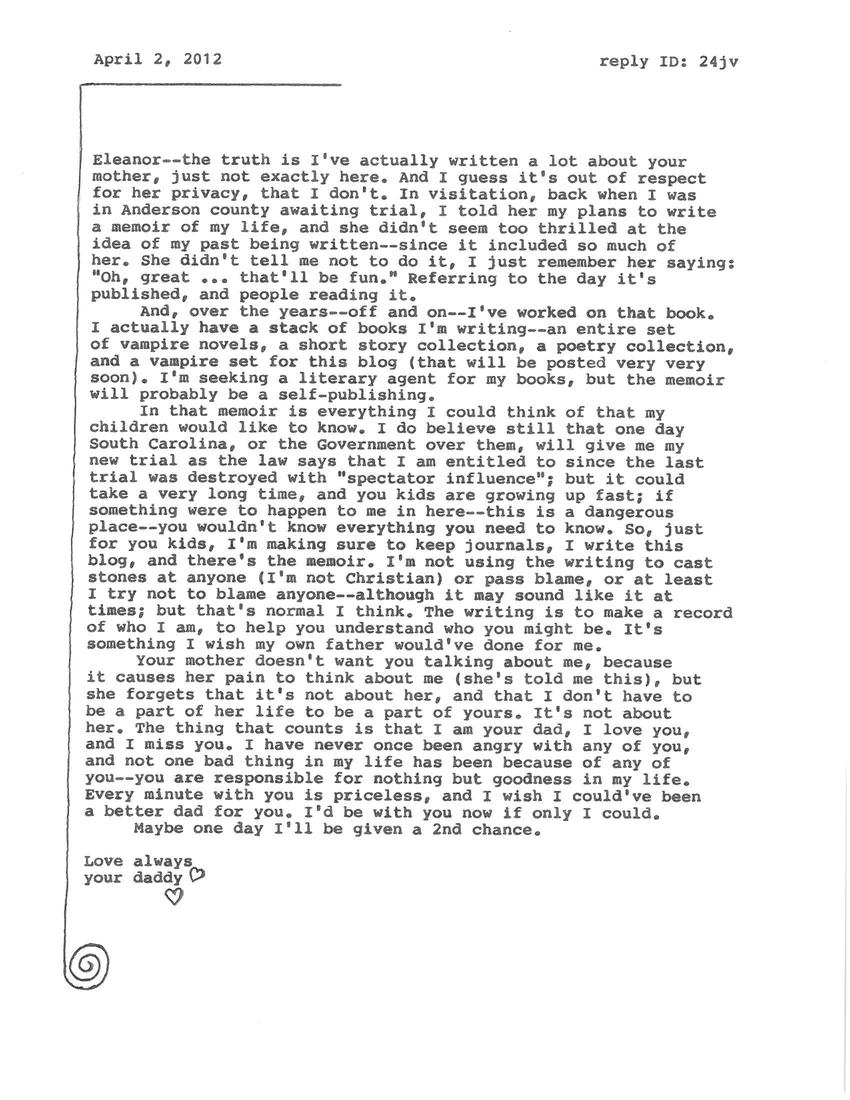 I'm sorry to see that you've been spending quite some time in prison. I'm not sure if you actually committed the crimes you were sentenced for but it's heartbreaking and frightening to see where you've landed.

I'm glad that you are finding happiness with your wife but I was a little disturbed to see this post even though it is now over 6 years old. Please don't ever write about me again. I am doing fine. I have 2 kids of my own and am married to a wonderful man.

I also received word from Opal that you were spreading nasty rumors about me to your friends and exes. I certainly don't appreciate that.

Please take care of yourself and know that I am fine and my life is great. 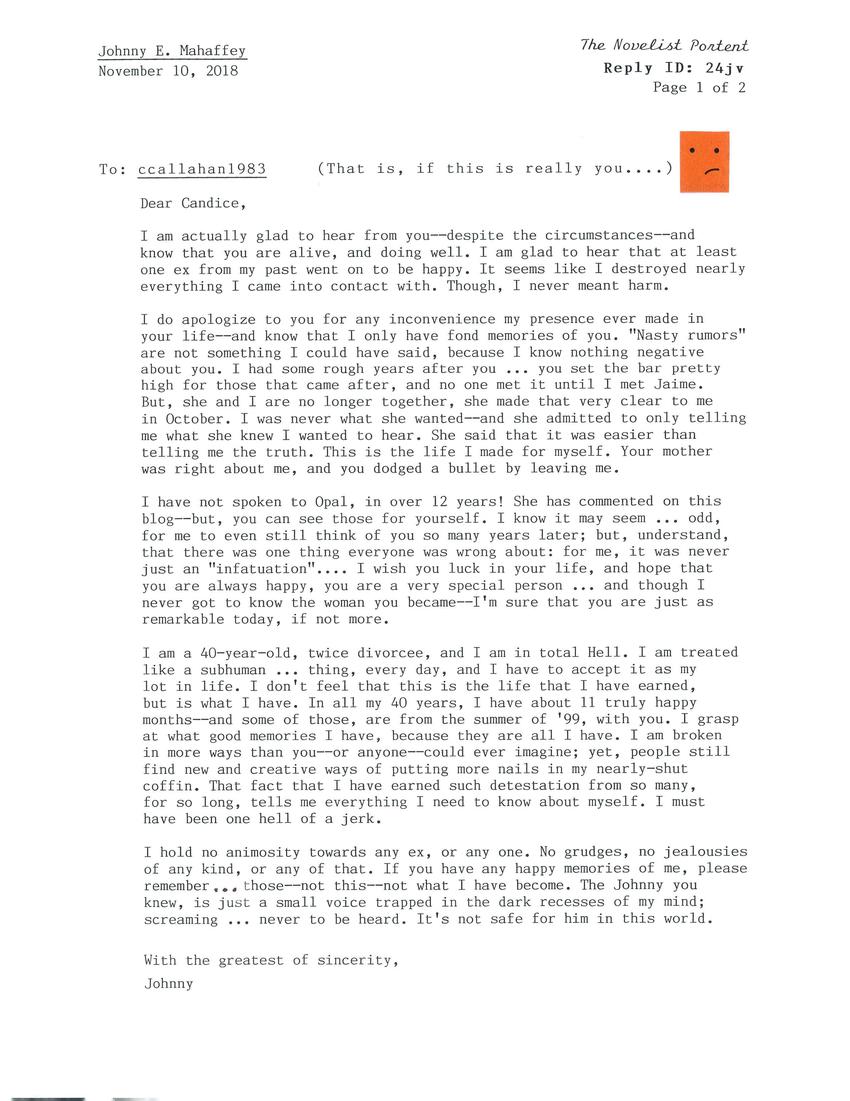 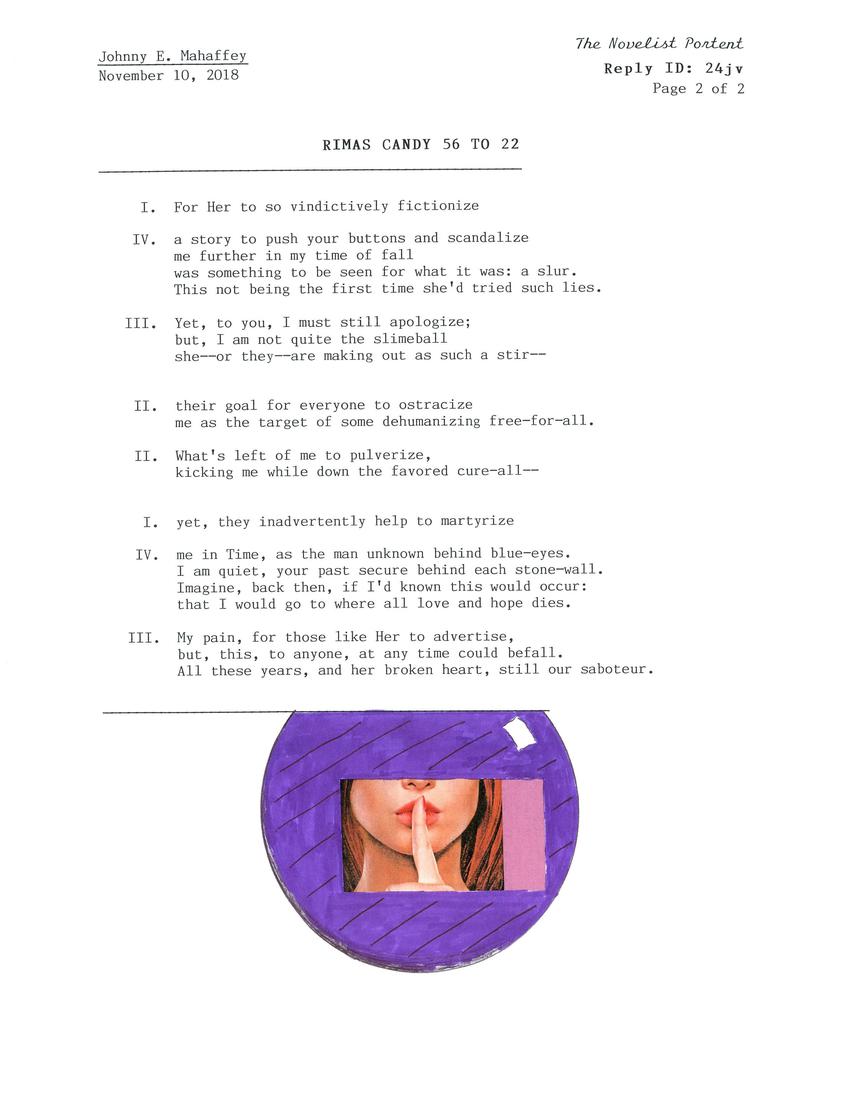