Prison Must Cope With Surge In Elderly Inmates 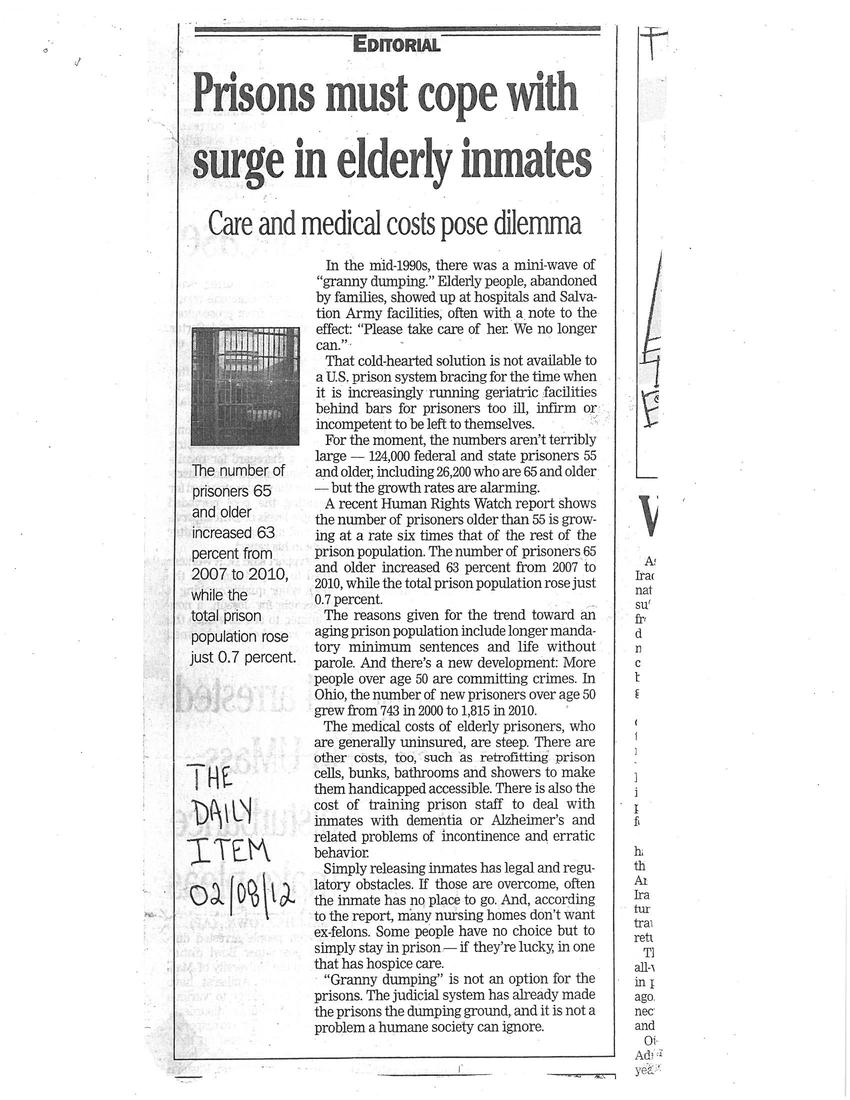 Prisons must cope with surge in elderly inmates

In the mid-1990's, there was a mini-wave of "granny dumping". elderly people, abandoned by families, showed up at hospitals and Salvation Army facilities, often with a note to the effect: "Please take care of her: We no longer can".

That cold-hearted solution is not available to a US prison system bracing for the time when it is increasingly running geriatric facilities behind bars for prisoners too ill, infirm or incompetent to be left to themselves.

The reasons given for the trent toward an aging prison population include longer mandatory minimum sentences and life without parole. And there's a new development: More people over the age 50 are committing crimes. In Ohio, the number of new prisoners over the age 50 grew from 743 in 2000 to 1,815 in 2010.

The medical costs of elderly prisoners, who are generally uninsured, are steep. There are other costs, too, such as retrofitting prison cells, bunks, bathrooms and showers tomake them handicapped accessible. There is also the cost of training prison staff to deal with inmates with dementia or Alzheimer's andrelated problems of incontinence and erratic behavior.

Simply releasing inmates has legal and regulatory obstacles. If those are overcome, often the inmate has no place to go. And, according to the report, many nursing homes don't want ex-felons. Some people have no choice but to simpy stay in prison -if they're lucky, in one that has hospice care.

"Granny dumping" is not an option for the prisons. The judicial system has alrady made the prisons the dumping ground, and it is not a problem a humane society can ignore.