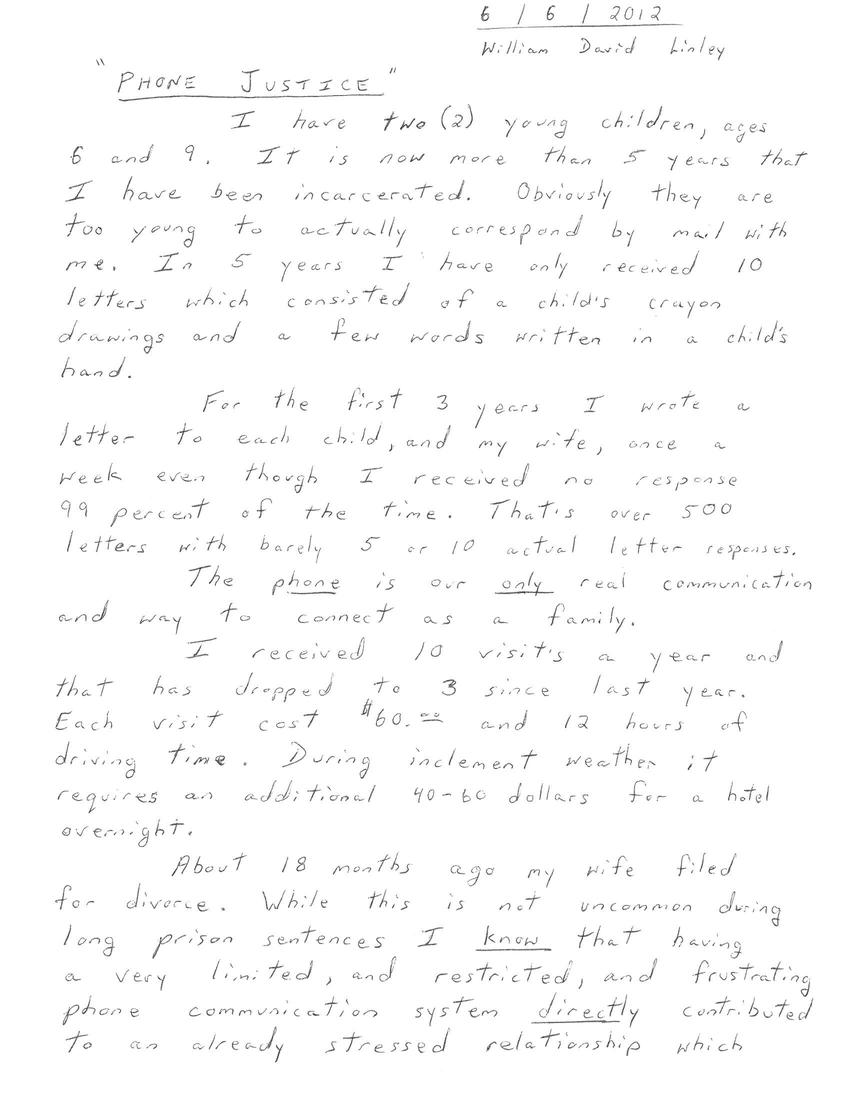 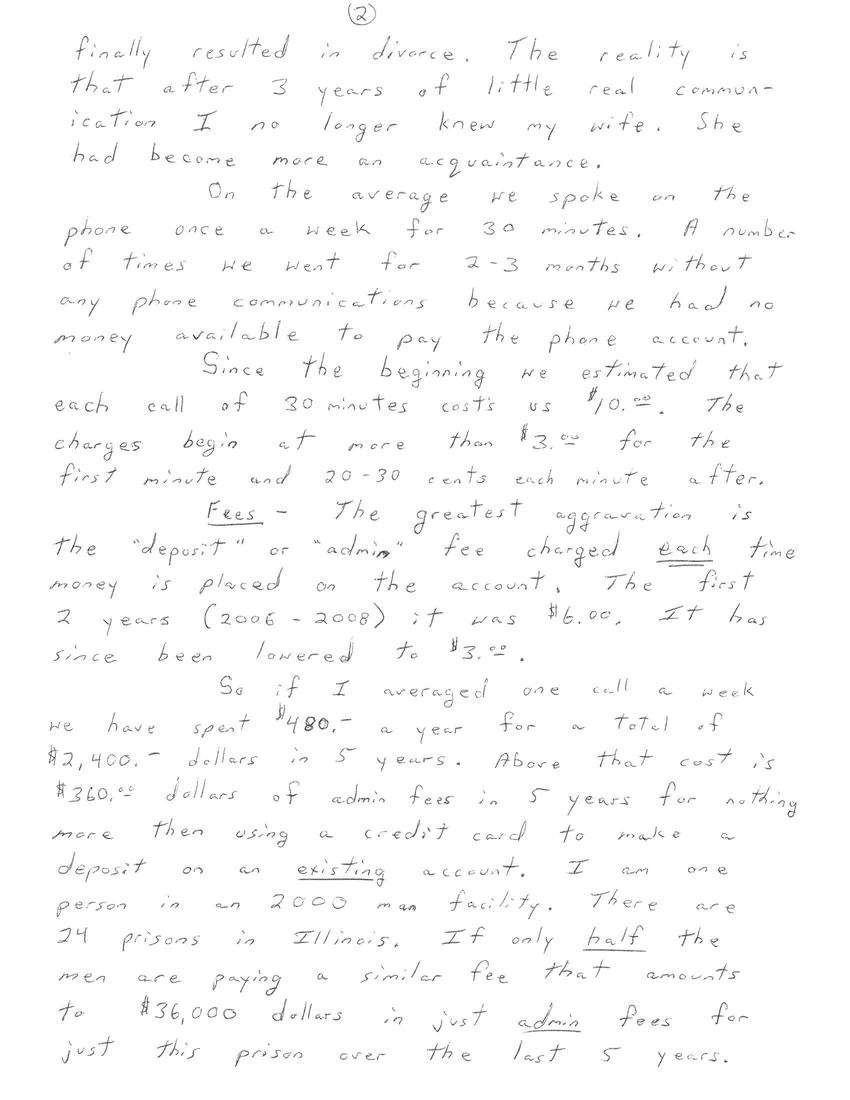 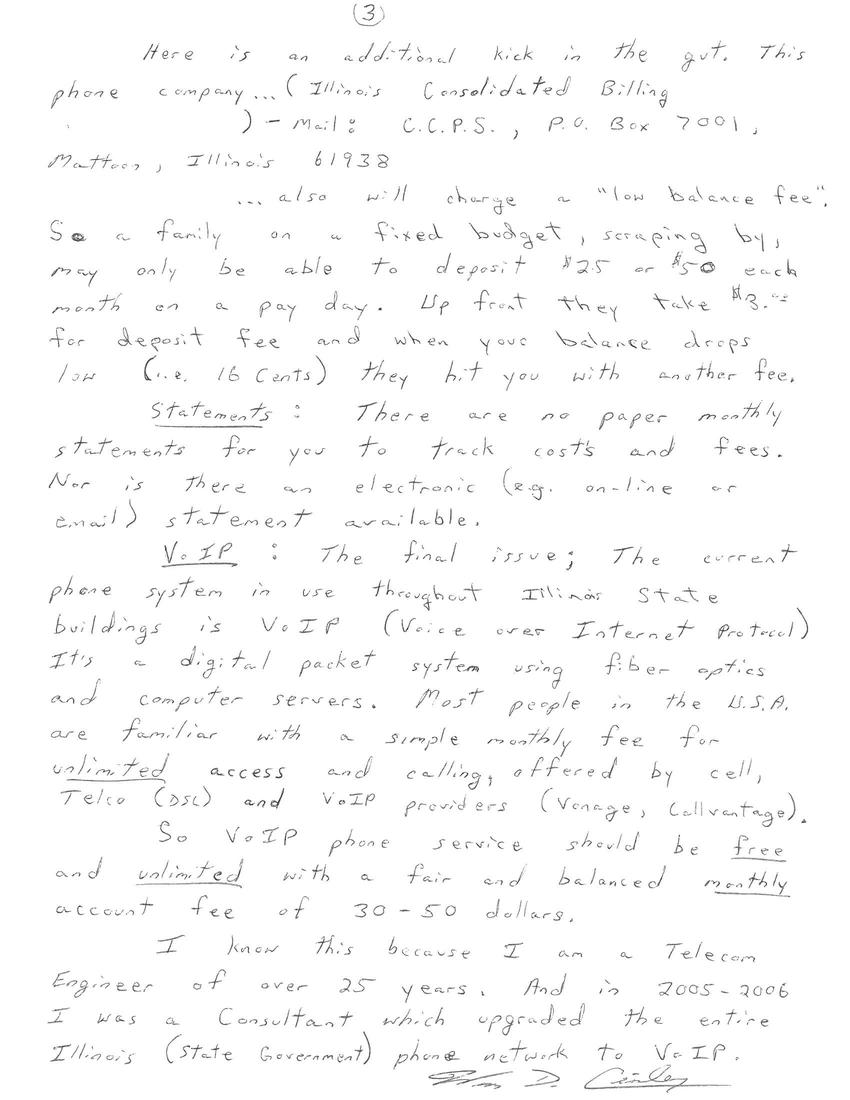 I have two (2) young children, ages 6 and 9. It is no more than 5 years that I have been incarcerated. Obviously they are too young to actually correspond by mail with mail. In 5 years I have only received 10 letters which consisted of a child's crayon drawings and a few words written in a child's hand.

For the first 3 years I wrote a letter to each child, and my wife, once a week even though I received no response 99 percent of the time. That's over 500 letters with barely 5 or 10 actual letter responses.

The phone is our only real communication and way to connect as a family.

I received 10 visits a year and that has dropped to 3 since last year. Each visit cost $60.00 and 12 hours of driving time. During inclement weather it requires an additional 40-60 dollars for a hotel overnight.

About 18 months ago my wife filed for divorce. While this is not uncommon during long prison sentences I know that having a very limited, and restricted, and frustrating phone communication system directly contributed to an already stressed relationship which finally resulted in divorce. The reality is that after 3 years of little real communication I no longer knew my wife. She had become more an acquaintance.

On the average we spoke the phone once a week for 30 minutes. A number of times we went for 2-3 months without any phone communications because we had no money available to pay the phone account.

Since the beginning we estimated that each call of 30 minutes costs us $10.00. The charges begin at more than $3.00 for the first minute and 20-30 cents each minute after.

Statements: There are no paper monthly statements for you to track costs and fees. Nor is there an electronic (e.g. online or email) statement available.

VoIP: The final issue; the current phone system in use throughout Illinois State buildings is VoIP (Voice over Internet Protocol). It's a digital packet system using fiber optics and computer servers. Most people in the USA are familiar with a simply monthly fee for unlimited access and calling, offered by cell, Telco (DSL) and VoIP providers (Vonage, Callvantage).

So VoIP phone service should be free and unlimited with a fair and balanced monthly account fee of 30-50 dollars.

I know this because I am a Telecom Engineer of over 25 years. And in 2005-2006 I was a Consultant which upgraded the entire Illinois (State Government) phone network to VoIP.