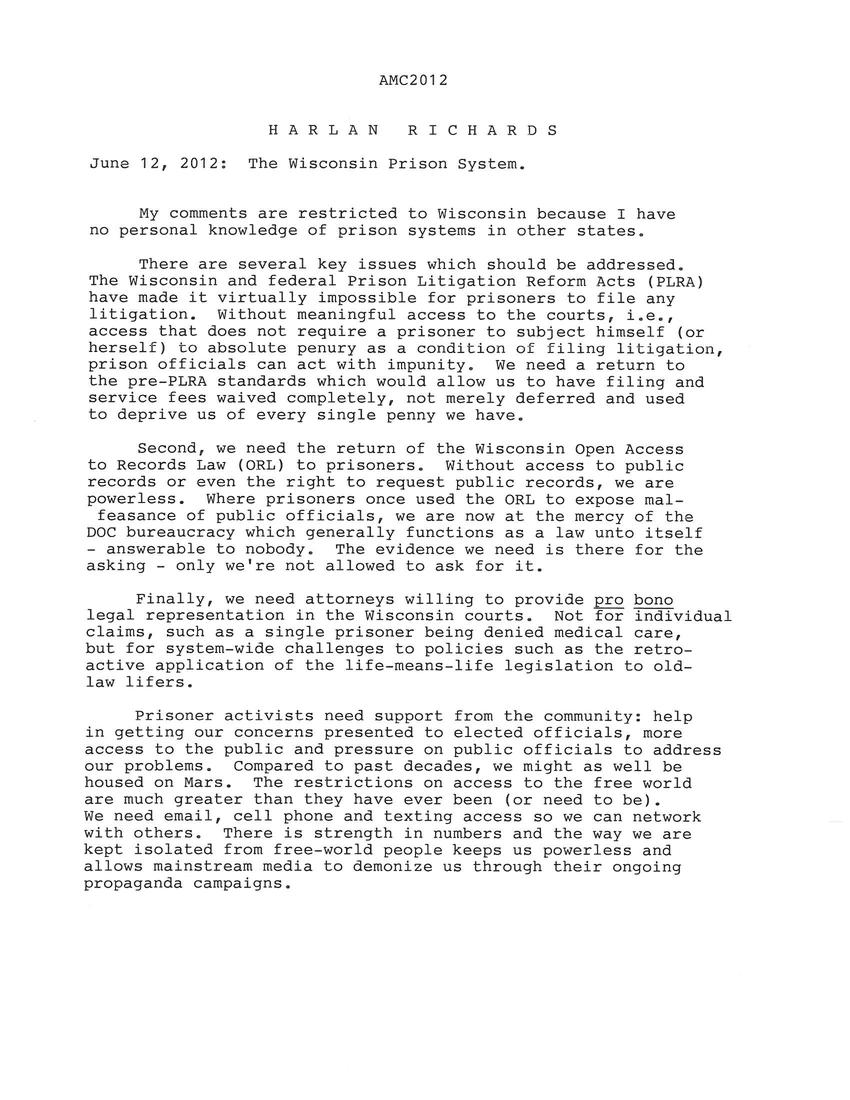 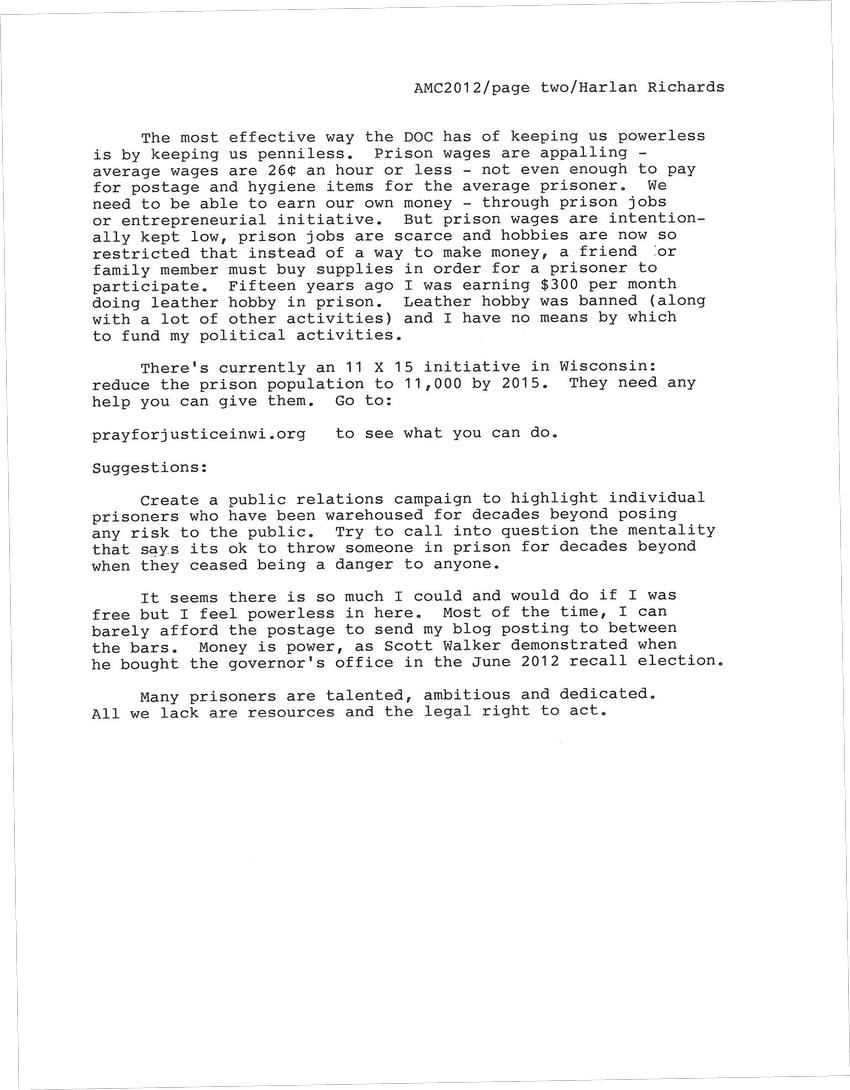 My comments are restricted to Wisconsin because I have no personal knowledge of prison systems in other states.

There are several key issues which should be addressed. The Wisconsin and Federal Prison Litigation Reform Acts (PLRA) have made it virtually impossible for prisoners to file any litigation. Without meaningful access to the courts, i.e. access that does not require a prisoner to subject himself (or herself) to absolute penury as a condition of filing litigation, prison officials can act with impunity. We need a return to the pre-PLRA standards which would allow us to have filing and service fees waived completely, not merely deferred and used to deprive us of every single penny we have.

Second, we need the return of Wisconsin Open Access to Records Law (ORL) to prisoners. Without access to public records or even the right to request public records, we are powerless. Where prisoners once used the ORL to expose malfeasance of public officials, we are now t the mercy of the DOC bureaucracy which generally functions as a law unto itself - answerable to nobody. The evidence we need is there for the asking - only we're not allowed to ask for it.

Finally, we need attorneys willing to provide PRO BONO legal representation in the Wisconsin courts. Not for individual claims, such as a single prisoner being denied medical care, but for system-wide challenges to policies such as the retroactive application of the life-means-life legislation to old-law lifers.

Prisoner activists need support from the community: help in getting our concerns presented to elected officials, more access to the public and pressure on public officials to address our problems. Compared to past decades, we might as well be housed on Mars. The restrictions on access to the free world are much greater than they have ever been (or need to be). We need email, cell phone and texting access so we can network with others. There is strength in numbers and the way we are kept isolated from free-world people keeps us powerless and allows mainstream media to demonize us through their ongoing propaganda campaigns.

The most effective way the DOC has of keeping us powerless is by keeping us penniless. Prison wages are appalling - average wages are 26c an hour or less - not even enough to pay for postage and hygiene items for the average prisoner. We need to be able to earn our own money - through prison jobs or entrepreneurial initiative. But prison wages are intentionally kept low, prison jobs are scarce and hobbies are now so restricted that instead of a way to make money, a friend or family member must buy supplies in order for a prisoner to participate. fifteen years ago I was earning $300 per month doing leather hobby in prison. Leather hobby was banned (along with a lot of other activities) and I have no means by which to fund my political activities.

prayforjusticeinwi.org to see what you can do.

Create a public relations campaign to highlight individual prisoners who have been warehoused for decades beyond posing any risk to the public. Try to call into question the mentality that says it's OK to throw someone in prison for decades beyond when they ceased being a danger to anyone.

It seems there is so much I could and would do if I was free but I feel powerless in here. Most of the time, I can barely afford the postage to send my blog posting to Between the Bars. Money is power, as Scott Walker demonstrated when he bought the governor's office in the June 2012 recall election.

Many prisoners are talented, ambitious and dedicated. All we lack are resources and the legal right to act.