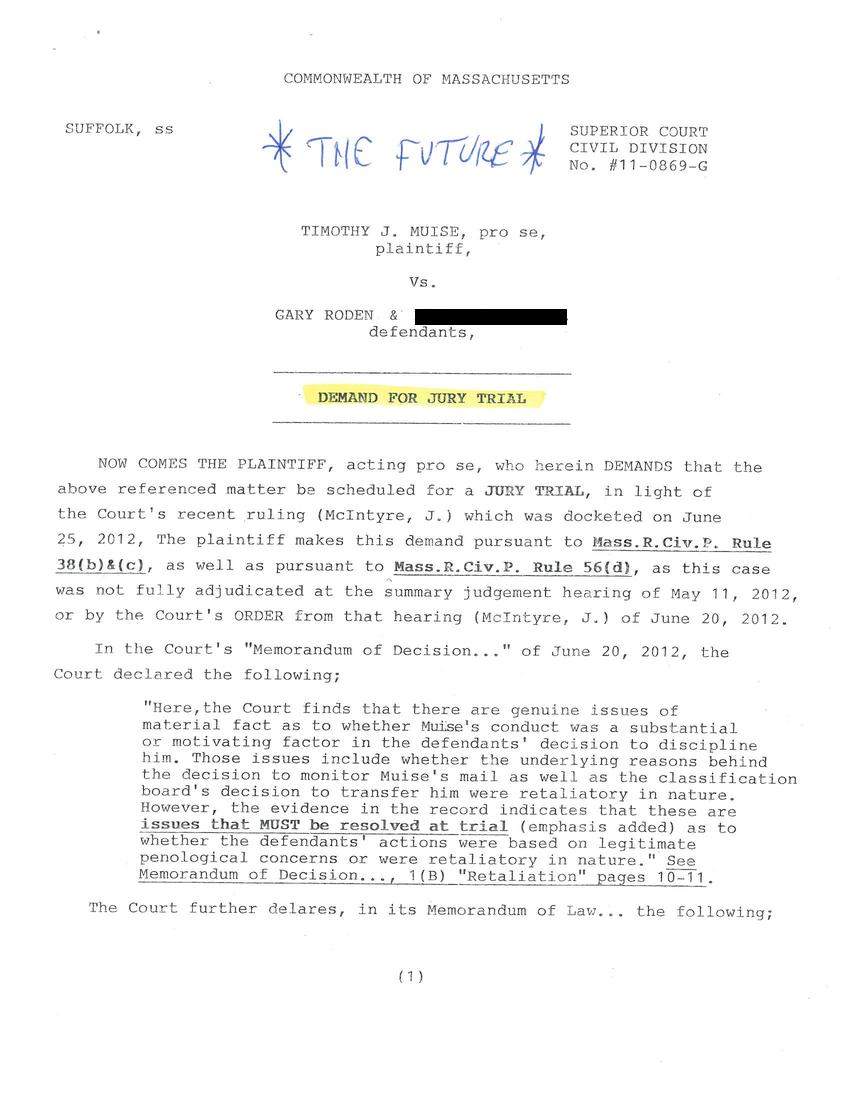 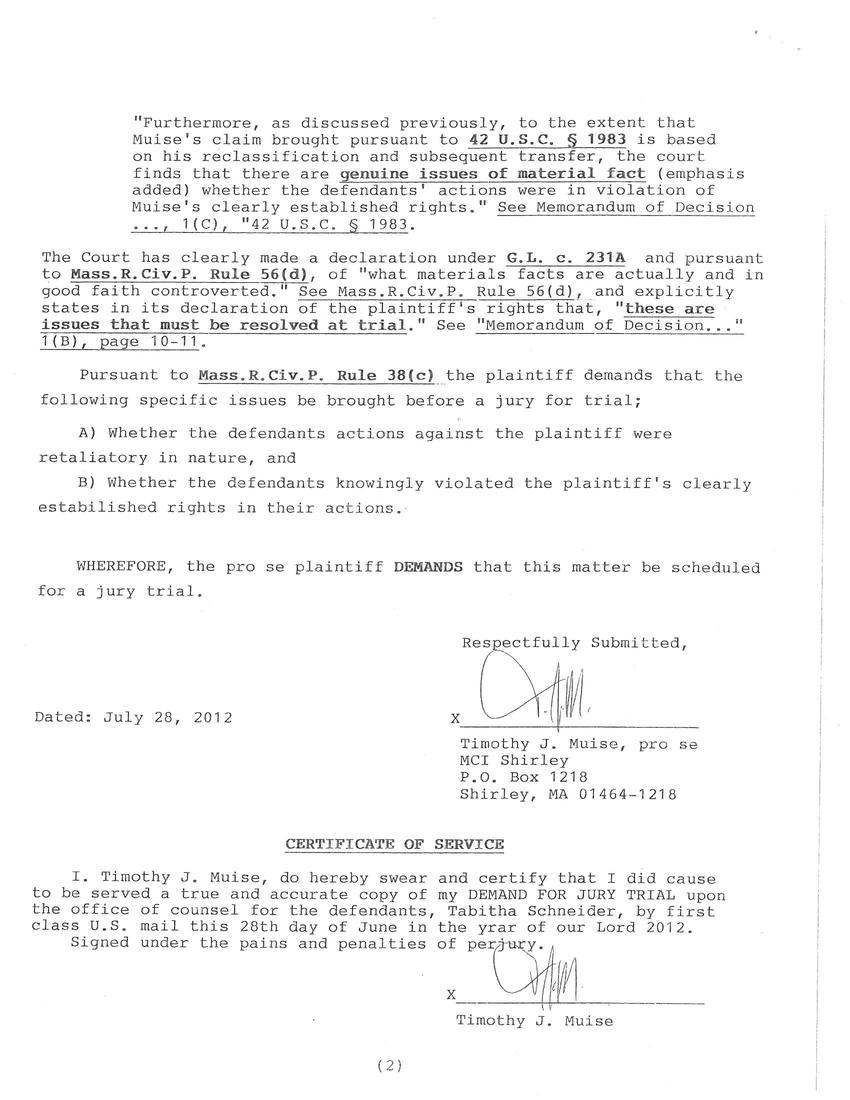 NOW COMES THE PLAINTIFF, acting pro se, who herein DEMANDS that the above referenced matter be scheduled for a JURY TRIAL, in light of the Court's frecent ruling ()(McIntyre, J) which was docketed on June 25, 2012, the plaintiff makes thi demand pursuant to Mass R Civ P Rule 38 (b) & (c), as well as pursuant to MASS R Civ P Rule 56 (d), as this case was not fully adjudicated at the summary judgment hearing of May 11, 2012, or by the Court's ORDER from that hearing (McIntyre, J) ofJune 20, 2012.

"Here, the Court finds that there are genuine issues of material fact as to whether Muise's conduct was a substantial or motivating factor in te defendants' decision to discipline him. Those issues inclue whehter the undrlying reasons behind the decision to transfer him were retaliaory in nature. However, the evidence in the record indicates that these are issues that MUST be reloved at trial (emphasis added) as to whether the defendants' actions were based on legitimate penological concerns or were retaliatory in nature." See Memorandum of Decision..., 1 (B) "Retaliation" pages 10-11.

The Court further declares, in it's Memorandum of Law...the following;

"Furthermore, as discussed previously, to the extent that Muise's claim brought pursuant to 42 U S C 1983 is based on his reclassification and subsequent transfer, the court finds that there are genuine issues of material fact (emphasis added), whether the defendents' actions were in violation of Muise's clearly established rights." See Memorandum of Decision ..., 1 (C). "42 U S C 1983.

The Court has clearly made a declaration under G L c 231A and pursuant to Mass r Civ P Rule 56 (d), of "what materials facts are actually and in good faith controverted." See Mass R Civ P Rule 56 (d), and explicitly states in its ddclaration of the plaintiff's rights that, "these are isues that must be resolved at trial." See "Memorandum of Decision..." 1 (B), page 10-11.

Pursuant to Mass R Civ P Rule 38 (c) the plaintiff demands that the following specific issues be brought before a jury for trial;

A) Whether the defendents actions against the plaintiff were retaliatory in nature, and

B) Whether the defendents knowingly violated the plaintiff's clearly established rights in their actions.

WHEREFORE, the pros plaintiff DEMANS that this matter be scheduled for jury trial

I Timothy J Muise, do hereby swear and certify that I did cause to be served a true and accurate copy of my DEMAND FOR JURY TRIAL upon the office of counsel for the defendents, Tabitha Schneider, by first class U s mail this 28th day of June in the year of our Lord 2012.

Signed under the pains and penalties of perjury.