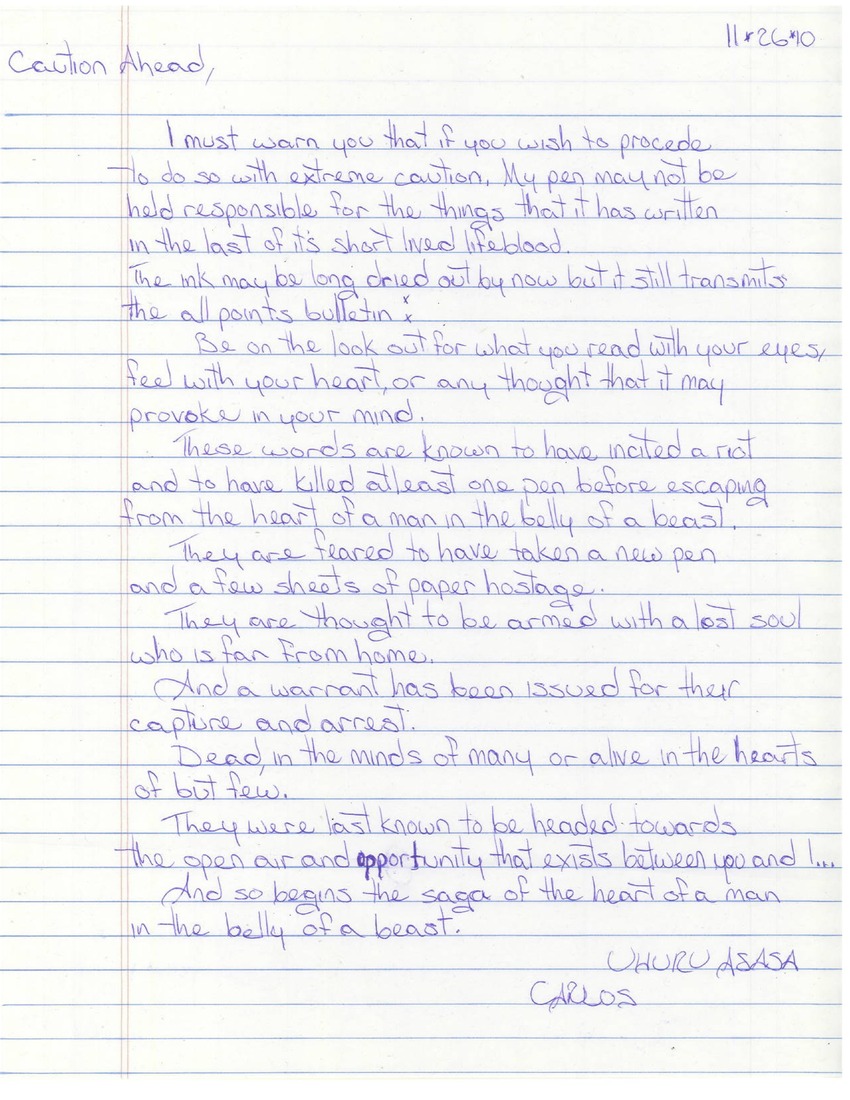 I must warn you that if you wish to proceed to do so with extreme caution. My pen may not be held responsible for the things that it has written in the last of its short lived lifeblood. The ink may be long dried out by now but it still transmits the all points bulletin:

Be on the look out for what you read with your eyes, feel with your heart, or any thought that it may provoke in your mind.

These words are known to have incited a riot and to have killed at least one pen before escaping from the heart of a man in the belly of a beast.

They are feared to have taken a new pen and a few sheets of paper hostage.

They are thought to be armed with a lost soul who is far from home.

And a warrant has been issued for their capture and arrest.

Dead, in the minds of many or alive in the hearts of but few.

They were last known to be headed towards the open air and opportunity that exists between you and I...

And so begins the saga of the heart of a man in the belly of a beast.