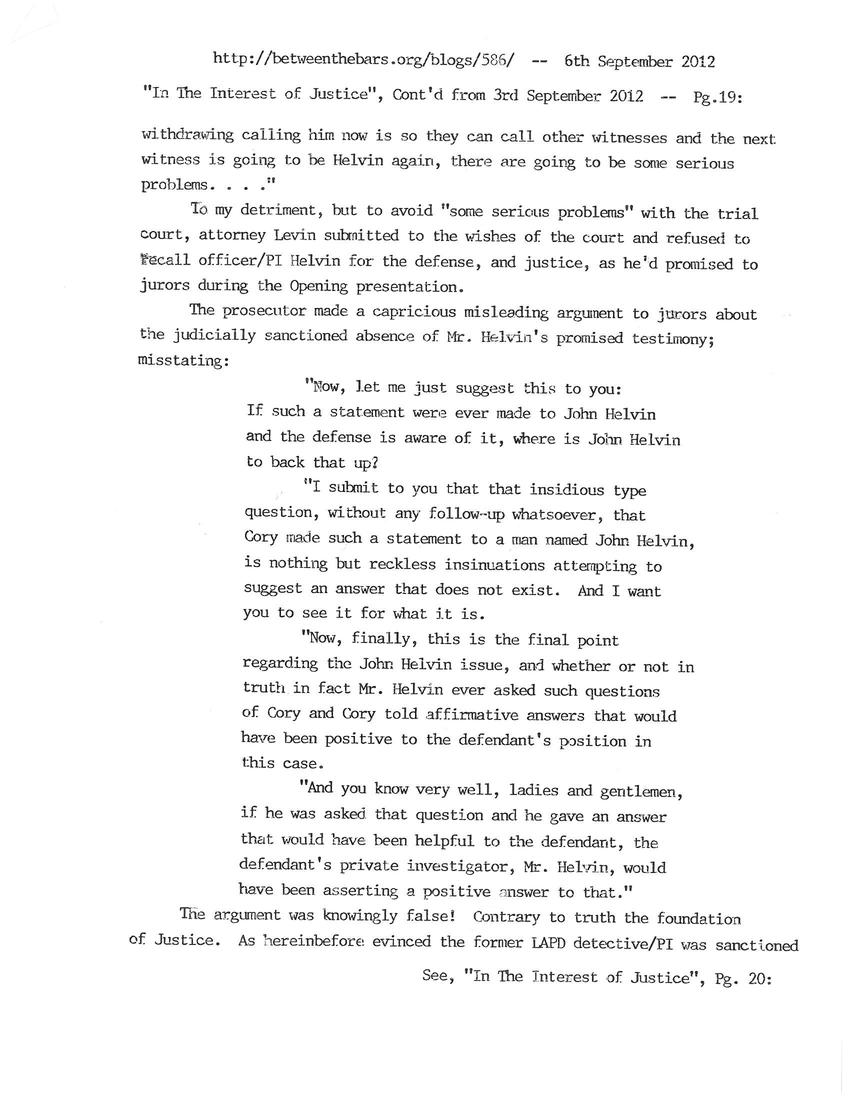 To my detriment, but to avoid "some serious problems" with the trial court, attorney Levin submitted to the wishes of the court and refused to recall officer/PI Helvin for the defense, and justice, as he'd promised to jurors during the Opening presentation.

The prosecutor made a capricious misleading argument to jurors about the judicially sanctioned absence of Mr. Helvin's promised testimony; misstating:

"Now, let me just suggest this to you: If such a statement were ever made to John Helvin and the defense is aware of it, where is John Helvin to back that up?

"I submit to you that that insidious type question, without any follow-up whatsoever, that Cory made such a statement to a man named John Helvin, is nothing but reckless insinuations attempting to suggest an answer that does not exist. And I want you to see it for what it is.

"Now, finally, this is the final point regarding the John Helvin issue, and whether or not in truth in fact Mr. Helvin ever asked such questions of Cory and Cory told affirmative answers that would have been positive to the defendant's position in this case.

The argument was knowingly false! Contrary to truth the foundation of Justice. As hereinbefore evinced the former LAPD detective/PI was sanctioned