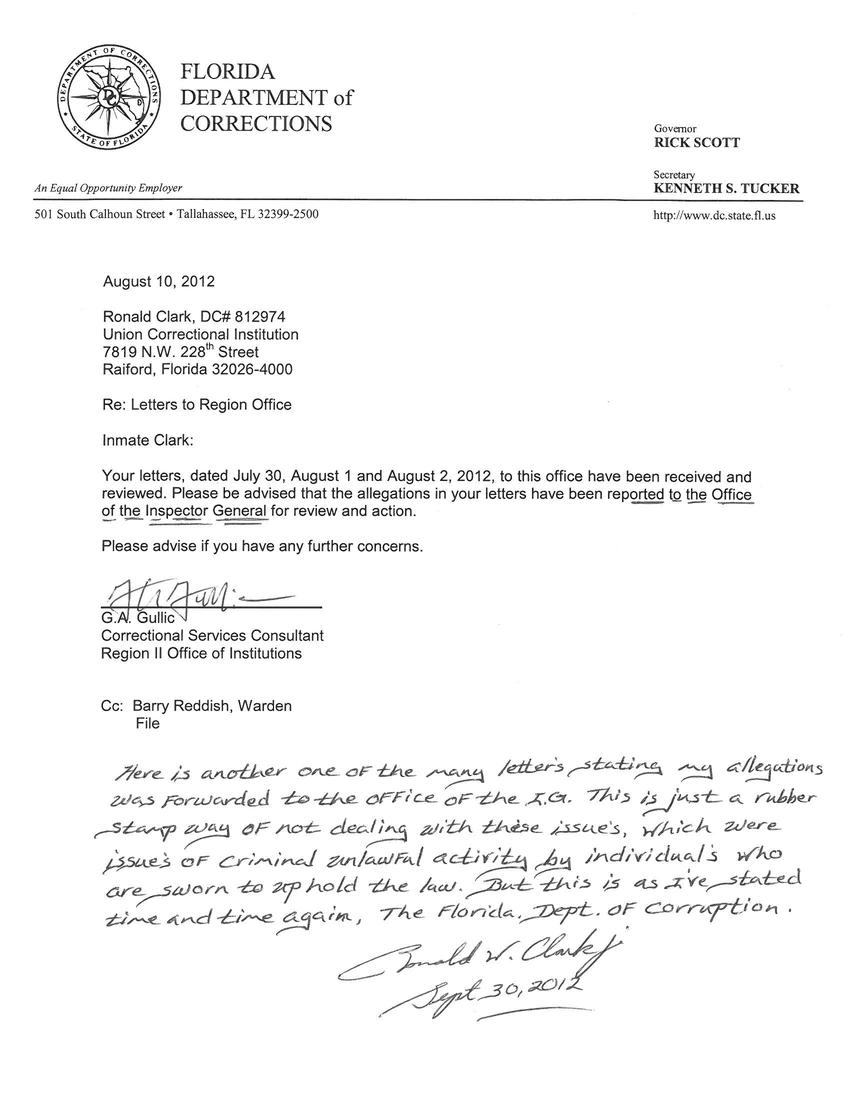 Re: Letters to Region Office

Your letters, dated July 30, August 2, 2012, to this office have been received and reviewed. Please be advised tha the allegations in your letters have been reported to the Office of the Inspector General for review and action.

Please advise if you have any further concerns.

Here is another one of the many letter's stating my allegations was forwarded to the office of the I G. This is just a rubber stamp way of not dealing with these issues, which were issues of criminal unlawful activity by individuals who are sworn to uphold the law. But this is as I've stated time aand time again. The Florida Dept of Corruption.

Thanks for writing! I finished the transcription for your post.
(scanned reply – view as blog post)
uploaded Dec. 10, 2012.  Original (PDF) 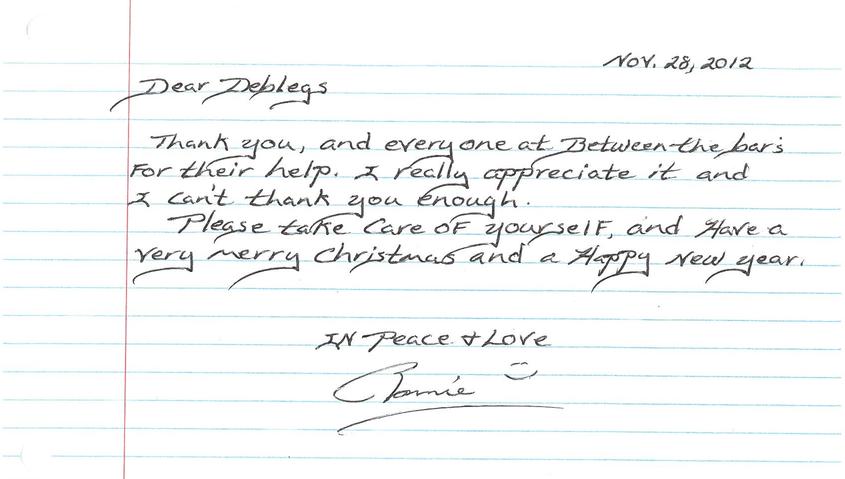