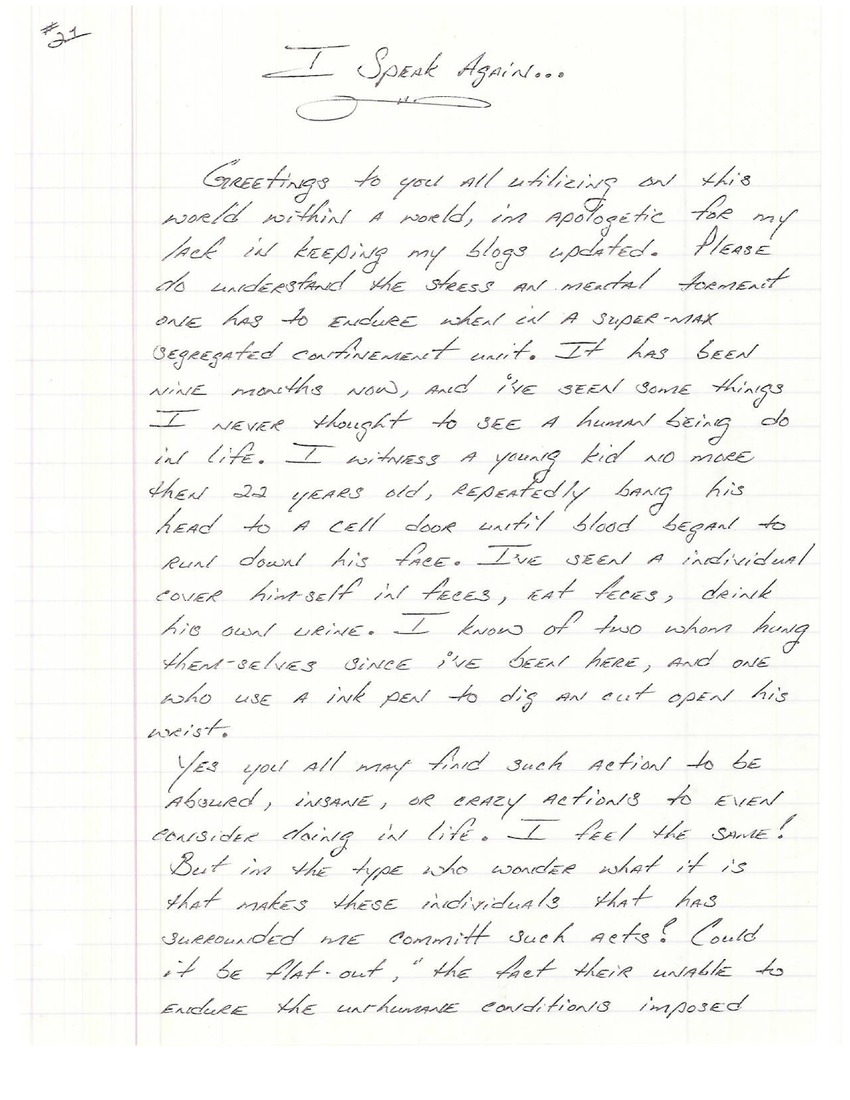 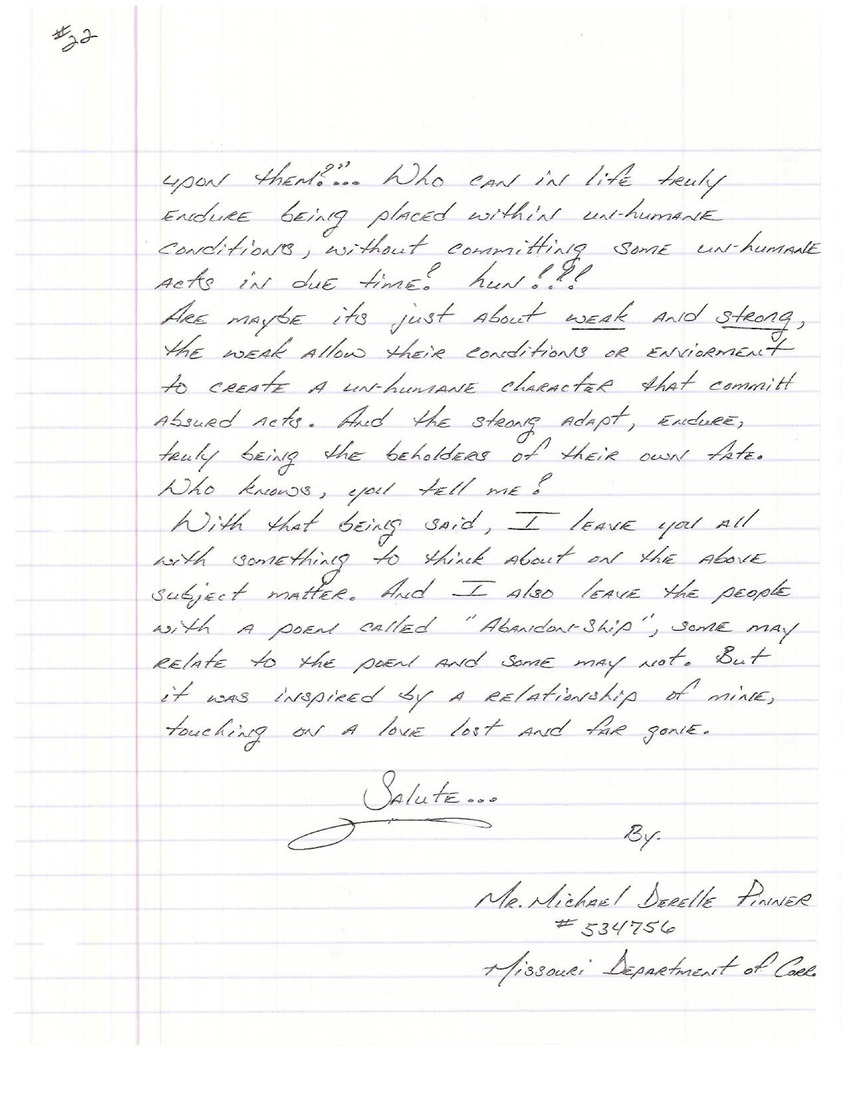 Greetings to you all utilizing this world within a world. I'm apologetic for my lack of updates. Please do understand the stress and mental torment one has to endure when in a super-max segregated confinement unit.

It has been nine months now, and I've seen some things I never thought to see a human being do in life. I witnessed a young kid no more than 22 years old repeatedly bang his head to a cell door until blood began to run down his face. I've seen an individual cover himself in feces, eat feces, and drink his own urine. I know of two whom hung themselves since I've been down here, and one who used an ink pen to dig out and cut his own wrist.

Yes, you all may find such actions to be arbored, insane, or crazy to even consider doing in life. I feel the same!

But I'm the type who wonders what it is that makes these individuals around me commit such acts! Could it be, flat-out, the fact they're unable to endure the inhumane conditions imposed on them? Who can in life truly endure being placed within inhumane conditions without committing some inhumane acts in due time? Hun!

Or maybe it's just about weak and strong. The weak allow their conditions or environment to create an inhumane character who commits absurd acts. And the strong adapt, endure, truly be the beholders of their own fates. Who knows? You tell me!

With that being said, I leave you all with something to think about on the above subject. And I also leave the people with a poem called Abandon-Ship. Some may relate to the poem and some may not. But it was inspired by a relationship of mine, touching on a love lost and far gone.