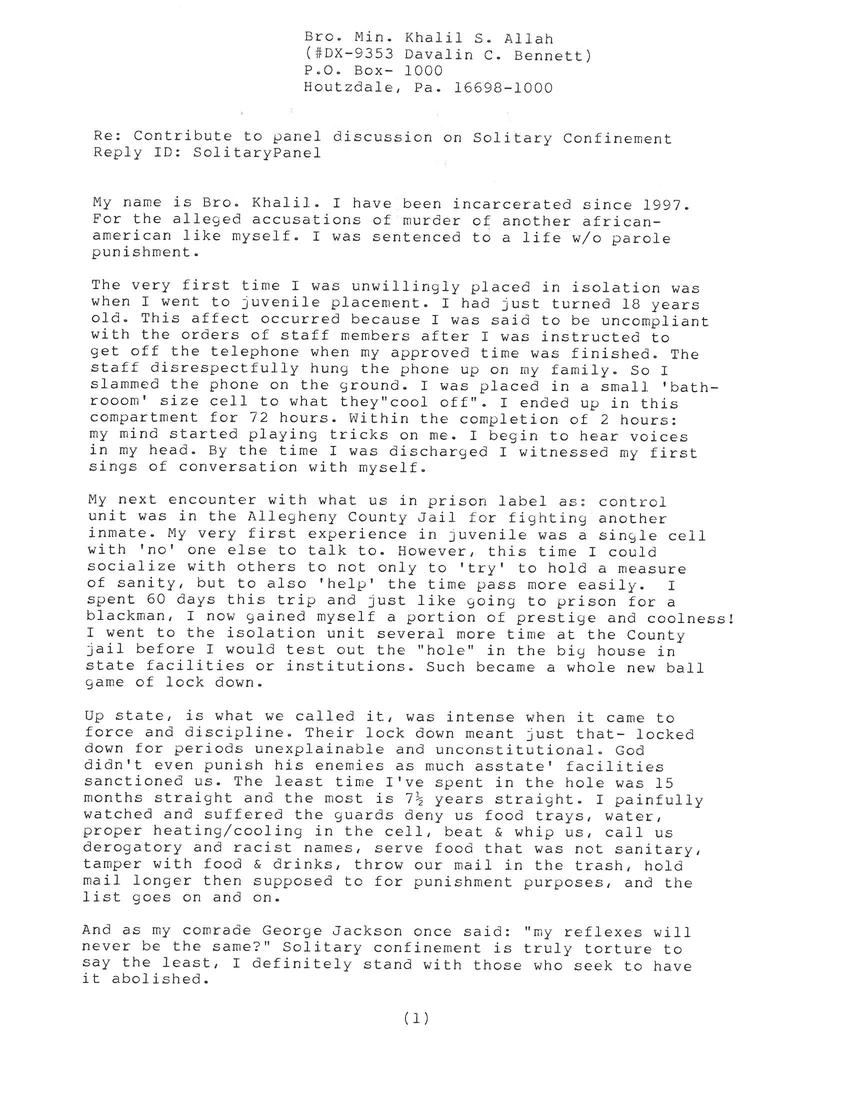 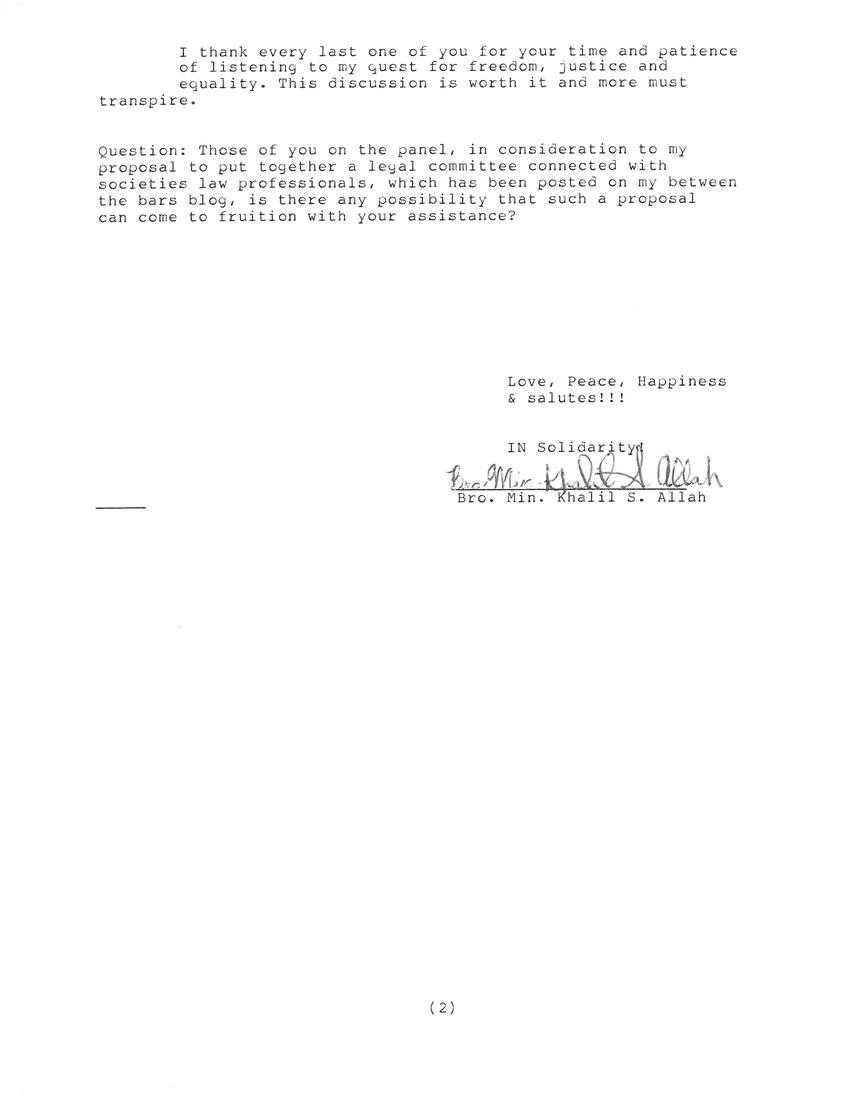 Mr name is Bro. Khalil. I have been incarcerated since 1997 for the alleged accusations of murder of another African-American like myself, I was sentence to a life without parole as punishment.

The very first time I was unwillingly placed in isolation was when I went to juvenile placement. I had just turned 18 years old. This event occurred because I was said to be uncompliant with the orders of staff members after I was instructed to get off the telephone when my approved time was finished. The staff disrespectfully hung the phone up on my family, so I slammed the phone on the ground. I was placed in a small 'bathroom' sized cell to do what they called "cool off." I ended up in this compartment for 72 hours. Upon the completion of 2 hours: my mind started playing tricks on me. I began to hear voices in my head. By the time I was discharged I witnessed my first signs of conversation with myself.

My next encounter with what us in prison label as 'control unit' was in the Allegheny County Jail for fighting another inmate. My very first experience in juvenile was a single cell with no-one else to talk to. However, this time I could socialise with others to not only 'try' to hold a measure of sanity, but to also 'help' the time pass more easily. I spent 60 days on this trip and just like going to prison for a Black man, I had gained myself a portion of prestige and coolness! I went to the isolation unit several more times at the County Jail before I would test out the "hole" in the big house in state facilities or institutions. Such began a whole new ball game of lock-down.

Up state, as we called it, was intense when it came to force and discipline. Their lock-down meant just that - locked down for periods that were unexplainable and unconstitutional. God didn't even punish his enemies as much as state facilities sanctioned us. The minimum time I spent in the hole was 15 months straight and the most was 7 1/2 years straight. I watched and suffered painfully as the guards denied us food trays, water, proper heating/cooling in the cell, beat and whipped us, called us derogatory and racist names, served food that was not sanitary, tampered with food and rinks, threw our mail in the trash, held mail longer than they were supposed to for punishment purposes...the list goes on and on.

And as my comrade George Jackson once said: "My reflexes will never be the same." Solitary confinement is truly torture to say the least. I will definitely stand with those who seek to have it abolished.

I thank every last one of you for your time and patience for listening to my quest for freedom, justice and equality. This discussion is worth it and more must transpire.

Question: Those of you on the panel, in consideration to put together a legal committee connected with society's law professionals - which has been posted on my Between the Bars blog - is there any possibility that such a proposal can come to fruition with your assistance?

Wow, life without parole is crazy. I'm surprised they didn't give you like 25 years or something. That's a damn shame. You seem very intelligent, I enjoyed reading what you wrote.