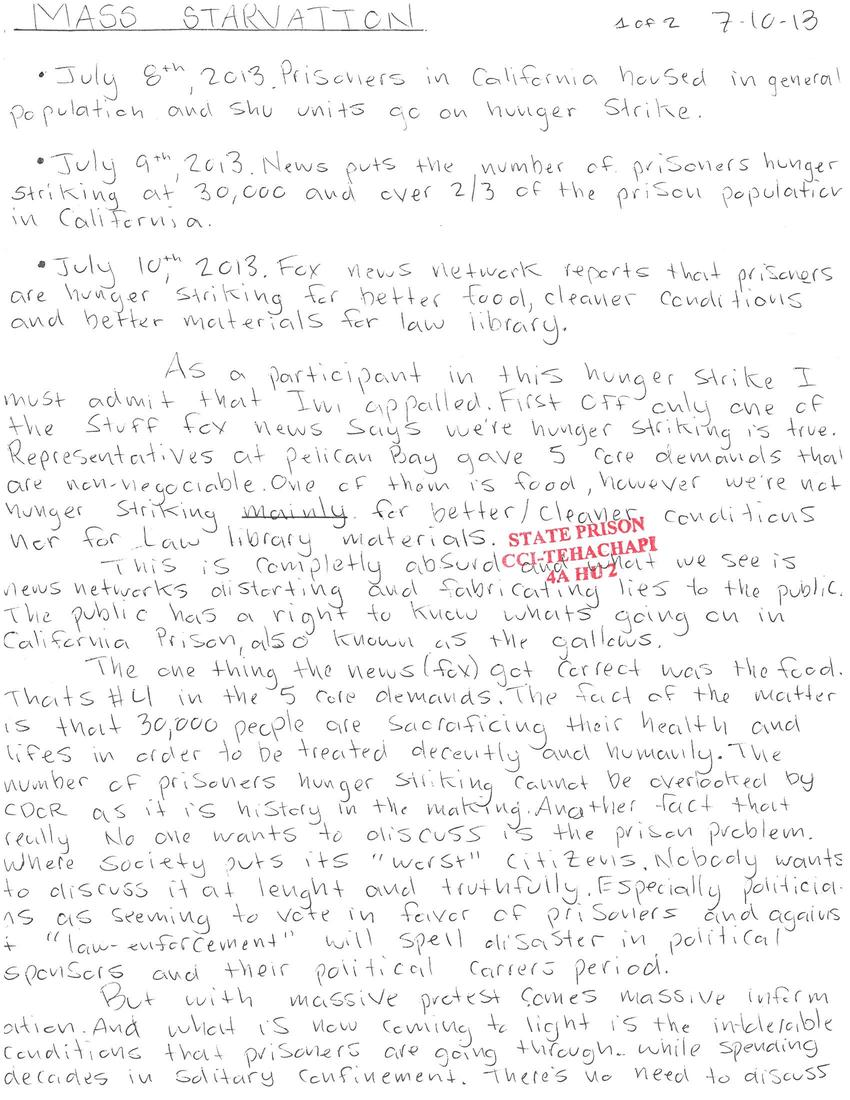 As a participant in this hunger strike I must admit that I'm appalled. First off only one of the stuff Fox News says we're hunger striking for is true. Representatives at Pelican Bay gave 5 core demands that are non-negotiable. One of them is good, however we're not hunger striking mainly for better/ cleaner conditions nor for law library materials.
This is completely absurd and what we see is news networks distorting and fabricating lies to the public. The public has a right to know what's going on in California Prison, also known as The Gallows.
The one thing the news (Fox) got correct was the food. That's #4 in the 5 core demands. The fact of the matter is that 30,000 people are sacrificing their health and lives in order to be treated decently and humanly. THe number of prisoners hunger striking cannot be overlooked by CdCr as it's history in the making. Another fact that really no one wants to discuss is the prison problem. Where society puts its "worst" citizens. Nobody wants to discuss it at length and truthfully. Especially politicans as seeming to vote in favour of prisoners and against "law-enforcement" will spell disaster in political sponsors and their political careers period.
But with massive protest comes massive information. And wha is now coming to light is the intolerable conditions that prisoners are going through while spending decades in solitary confinement. There's no need to discuss the trauma it causes, it's not my pointin this writing. The point is that this massive hunger strike is trying to be covered up and twisted into something else.
However, what do the citizens of America have to say?

I know. I look up the news everyday (online) and the misinformation is disturbing. There have been a few 'good' stories - factual ones - but they are few and far between.

I've signed the petition going to the Gov and send my support!