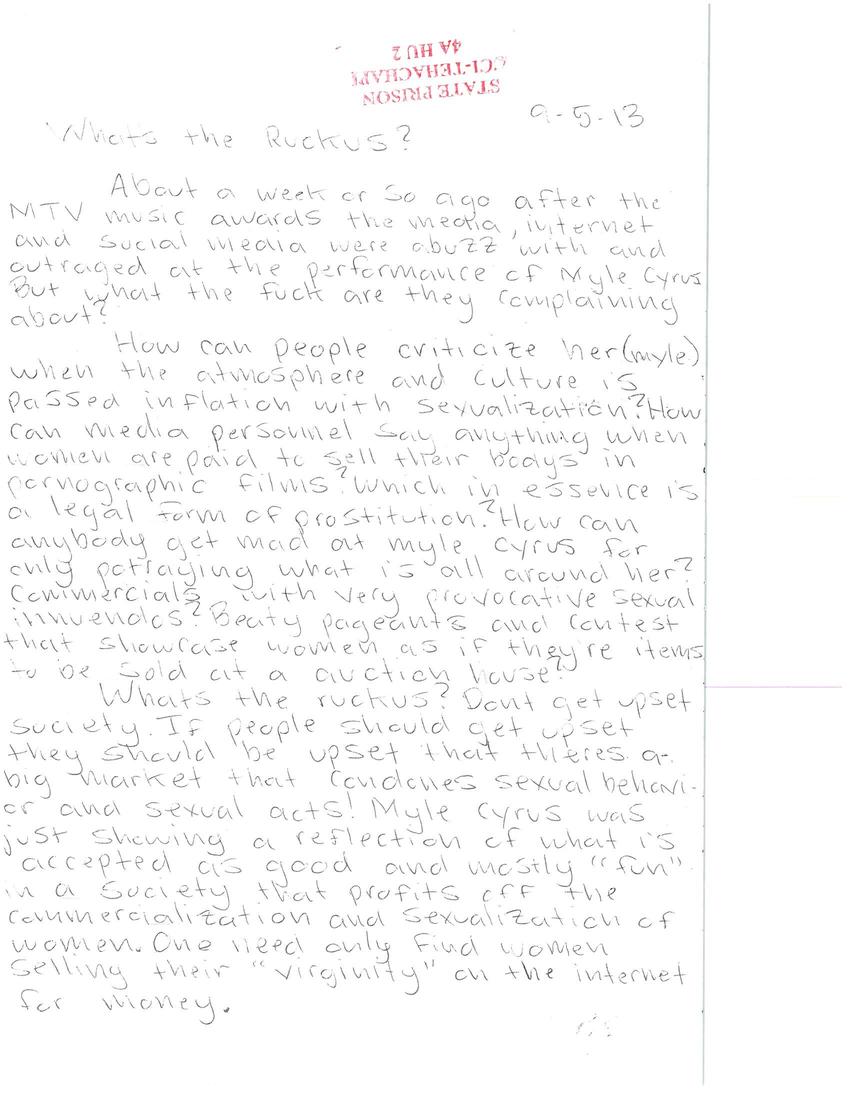 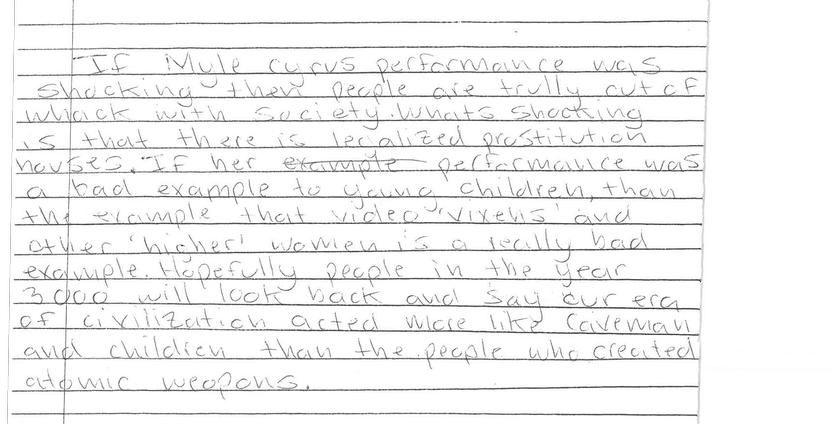 About a week or so ago after the MTV Music Awards, the media, internet and social media were abuzz with and outraged at the performance of Miley Cyrus. But what the fuck are they complaining about?

How can people criticize her (Miley) when the atmosphere and culture is passed inflation with sexualization? How can media personnel say anything when women are paid to sell their bodies in pornographic films? Which in essence is a legal form of prostitution? How can anybody get mad at Miley Cyrus for only portraying what is all around her? Commercials with very provocative sexual innuendos? Beauty pageants and contest that showcase women as if they're items to be sold at an auction house?

What's the ruckus? Don't get upset, society. If people should get upset they should be upset that there's a big market that condones sexual behavior and sexual acts! Miley Cyrus was just showing a reflection of what is accepted as good and mostly "fun" in a society that profits off the commercialization and sexualization of women. One need only find women selling their "virginity" on the internet for money.

If Miley Cyrus' performance was shocking then people are truly out of whack with society. What's shocking is that there is legalized prostitution houses. If her performance was a bad example to young children, then the example that video 'vixens' and other 'higher' women is a really bad example. Hopefully people in the year 3000 will look back and say that our era of civilization acted more like cavemen and children than the people who created atomic weapons.

And I sure don't give they guy she danced with a buy on this - he did the wrong thing, too.

I don't have a lot of money, but I dedicate my time and effort to helping people. 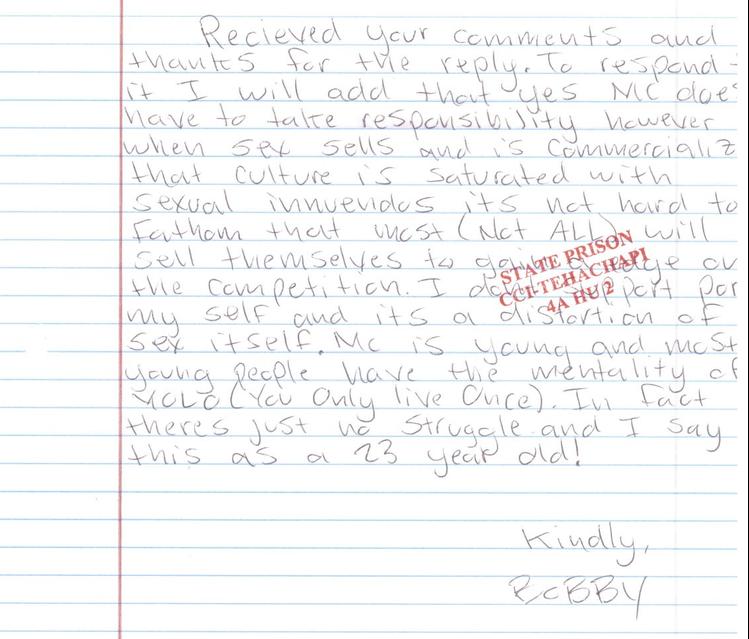 I totally agree. She's young and has a lot of growing up to do. It's hard enough finding yourself - but she is doing that with a team of handlers and fans who are hanging on every word. It's real (in that it's her real life), but it's not *real*.

On the other hand, at 23 I had graduated college and was working. I would never have done what she did. I'm not a prude - in fact, I'm a pretty liberal democrat. But I wanted to do something good in the world. And I valued kindness.

We all make mistakes. I made a whole bunch. But when I made them, I was self aware enough to know what they were. I get it that the culture supports her behavior (it sure does money wise!). But I hold her responsible because it's the only thing that will help her. (That and rehab, which I suspect is coming....) 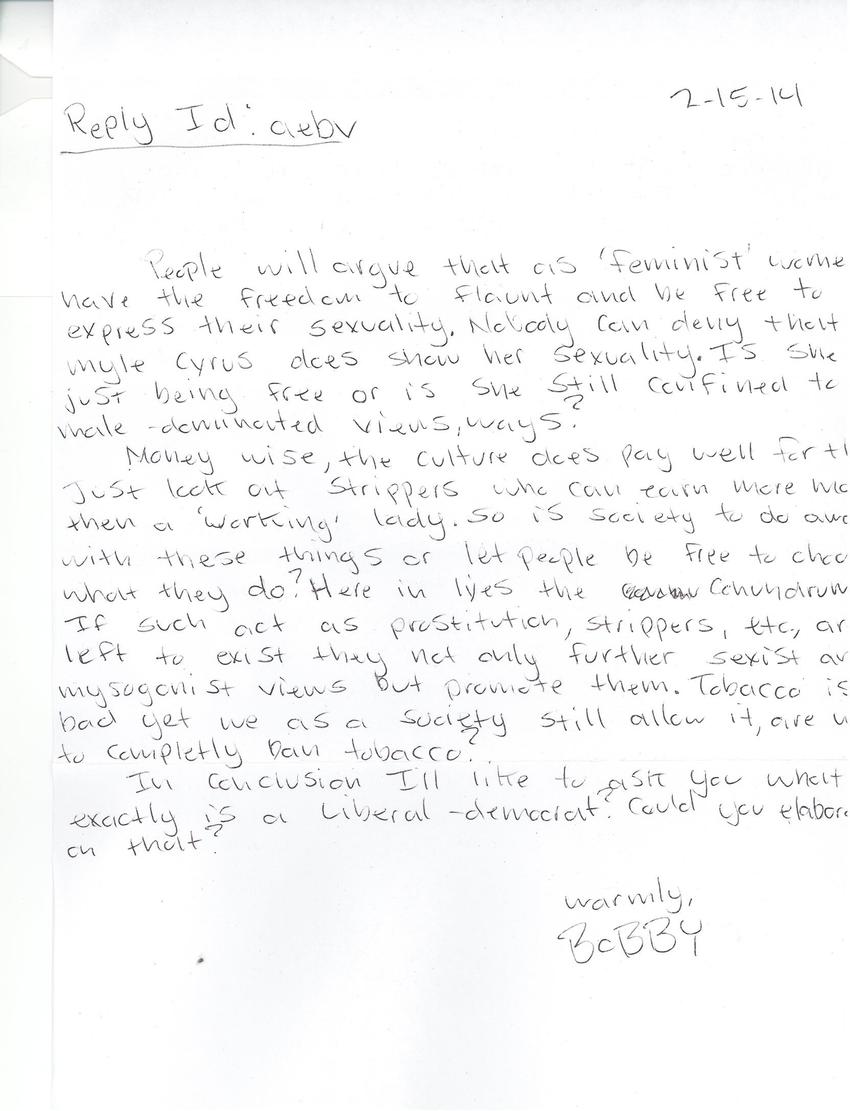 Thanks for writing! I finished the transcription for your post.
Those are so complicated! I see myself as a feminist (I remember when it was a good way to describe yourself!).

I've worked with lots of folks who did that (strip, prostitute) and they were abused, drug addicted - and really struggled in life. Nothing was good about that whole 'scene.'

That was their lowest point. Always.

I just know that it hurts people. And that makes me terribly sad.