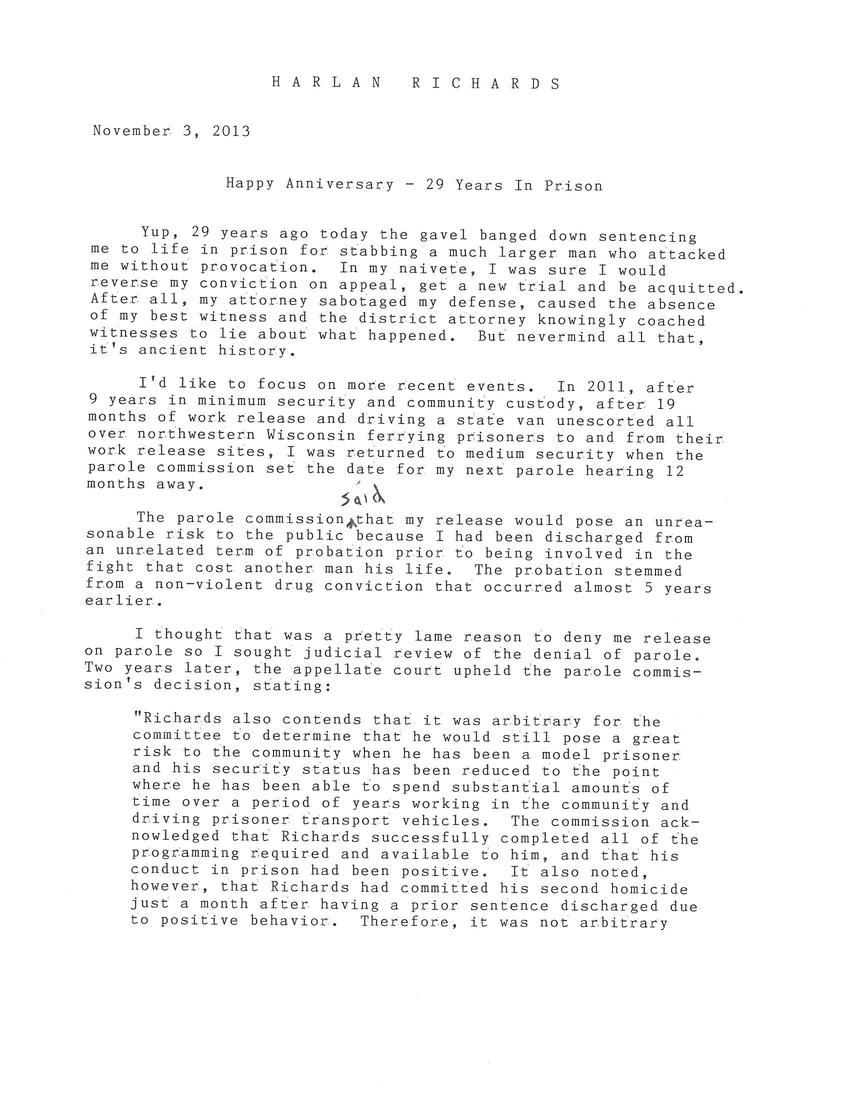 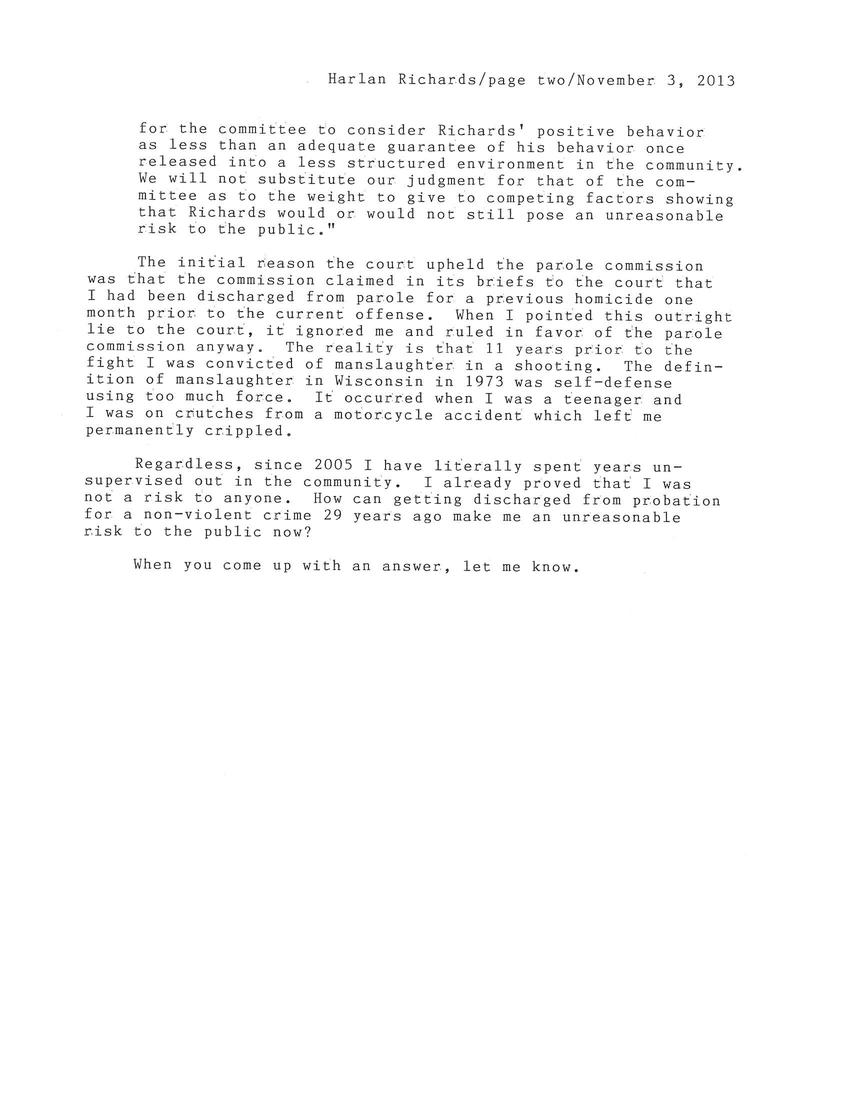 Yup, 29 years ago today the gavel banged down sentencing me to life in prison for stabbing a much larger man who attacked me without provocation. In my naivete, I was sure I would reverse my conviction on appeal, get a new trial and be acquitted. After all, my attorney sabotaged my defense, caused the absence of my best witness and the district attorney knowingly coached witnesses to lie about what happened. But nevermind all that, it's ancient history.

I'd like to focus on more recent events. In 2011, after 9 years in minimum security and community custody, after 19 months of work release and driving a state van unescorted all over northwestern Wisconsin ferrying prisoners to and from their work release sites, I was returned to medium security when the parole commission set the date for my next parole hearing 12 months away.

The parole commission said that my release would pose an unreasonable risk to the public because I had been discharged from an unrelated term of probation prior to being involved in the fight that cost another man his life. The probation stemmed from a non-violent drug conviction that occurred almost 5 years earlier.

I thought that was a pretty lame reason to deny my release on parole so I sought judicial review of the denial of the parole. Two years later, the appellate court upheld the parole commission's decision, stating:

"Richards also contends that it was arbitrary for the committee to determine that he would still pose a great risk to the community when he has been a model prisoner and his security status has been reduced to the point where he has been able to spend substantial amounts of time over a period of years working in the community and driving prisoners transport vehicles. The commission acknowledged that Richards successfully completed all of the programming required and available to him, and that his conduct in prison had been positive. It also noted, however, that Richards had committed his second homicide just a month after having a prior sentence discharged due to positive behavior. Therefore, it was not arbitrary for the committee to consider Richards' positive behavior as less than an adequate guarantee of his behavior once released into a less structured environment in the community. We will not substitute our judgement for that of the committee as to the weight to give competing factors showing that Richards would or would not still pose unreasonable risk to the public."

The initial reason the court upheld the parole commission was that the commission claimed in its briefs to the court that I had been discharged from parole for a previous homicide on month prior to the current offence. When I pointed this outright lie to the court, it ignored me and ruled in favor of the parole commission anyway. The reality is that 11 years prior to the fight I was convicted of manslaughter in Wisconsin in 1973 was self-defense using too much force. It occurred when I was a teenager and I was on crutches from a motorcycle accident which left me permanently crippled.

Regardless, since 2005 I have literally spent years unsupervised out in the community. I have already proved that I was not a risk to anyone. How can getting discharged from probation for a non-violent crime 29 years ago make me an unreasonable risk to the public now?

When you come up with an answer, let me know.

Still no accountability!!! Everyone else's fault! You didn't do anything.... How sad! Stop blaming everyone take some ownership to fact you took a life! A son , a husband, a father, a brother, a friend. You changed your life that day and changed the life of many other people! Life is not fair! We all live it everyday! We learn from our mistakes. We ask forgiveness. We forgive. We do better!!
I have been following your life since you changed mine.
Without provication.... please. Did you kill your brother without provocation as well! Take responsibility of your own horrific actions. There is no excuse for stabbing a man over and over and over again, especially at the point where he became defenseless. You took a father from a 12 year old girl in cold blood. Fortunately my mother would not allow me to go to the trial as she wanted to shield me from the horrific details of what you did, but unfortunately that has left me with many questions and no closure. The biggest question being how does one man consciously take another mans life, let alone two, and wake up every morning feeling as if he has a right to live???? 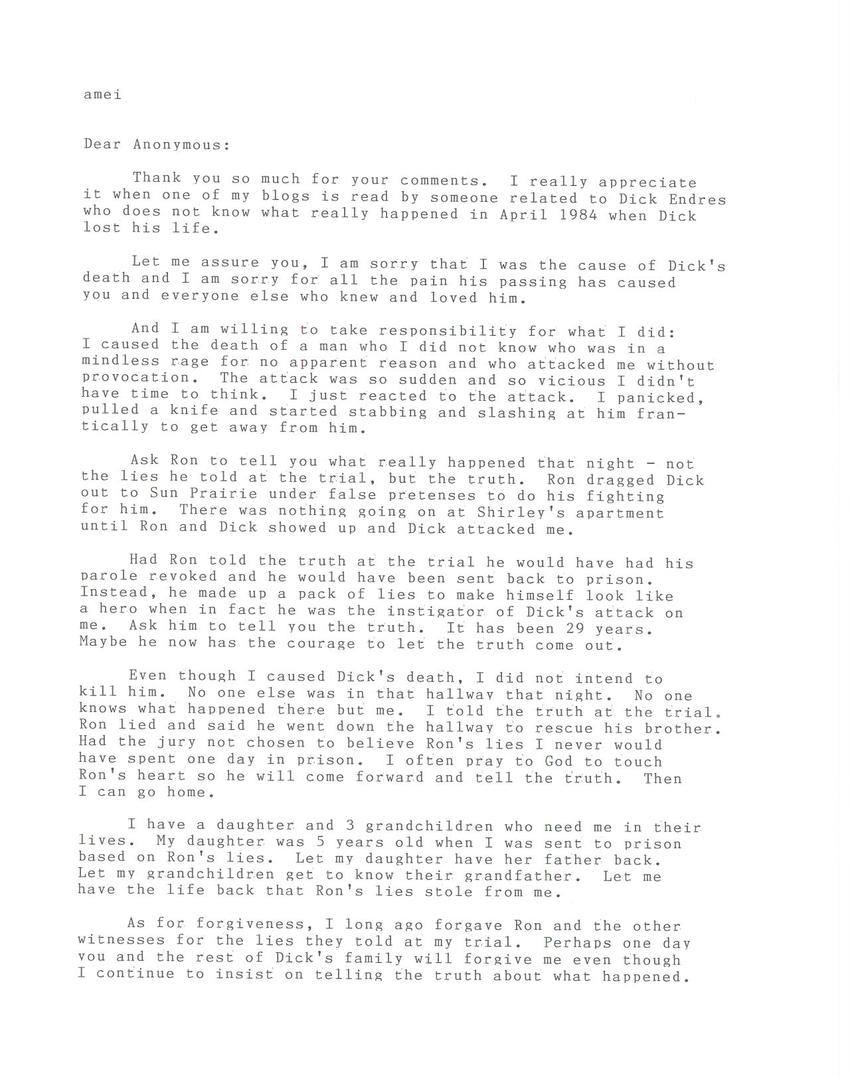 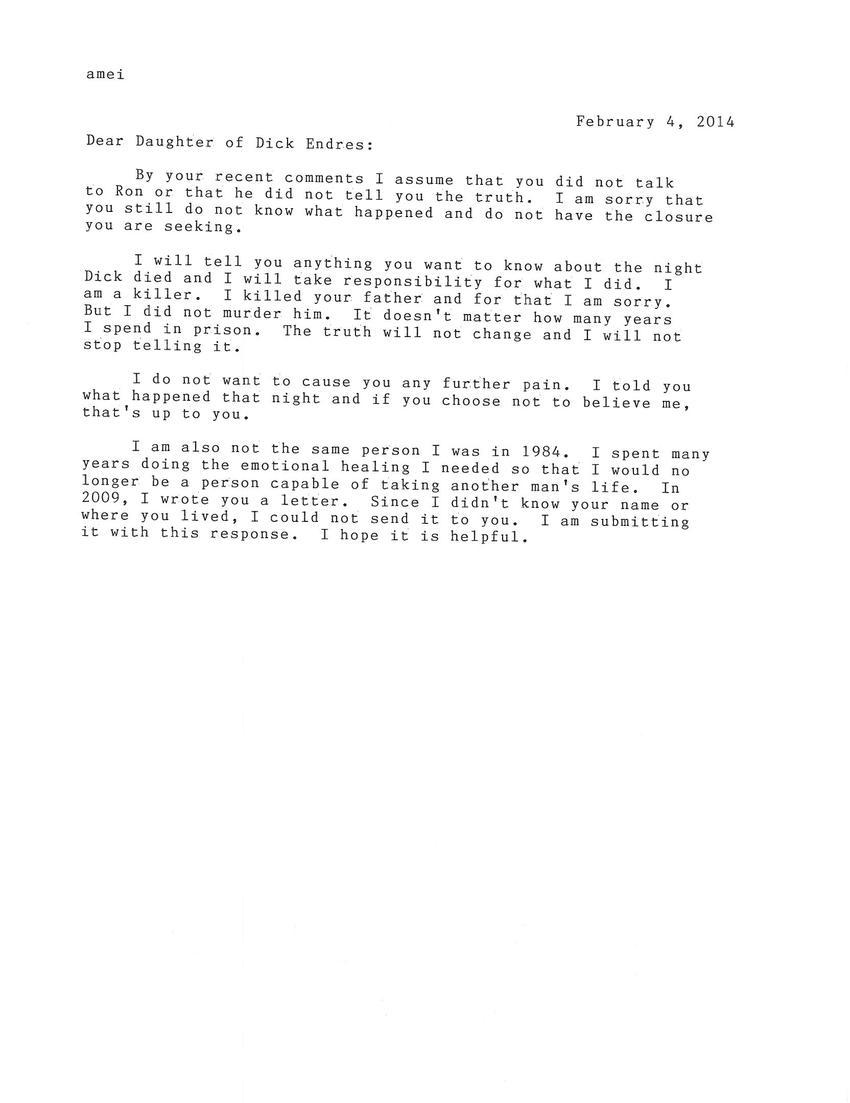 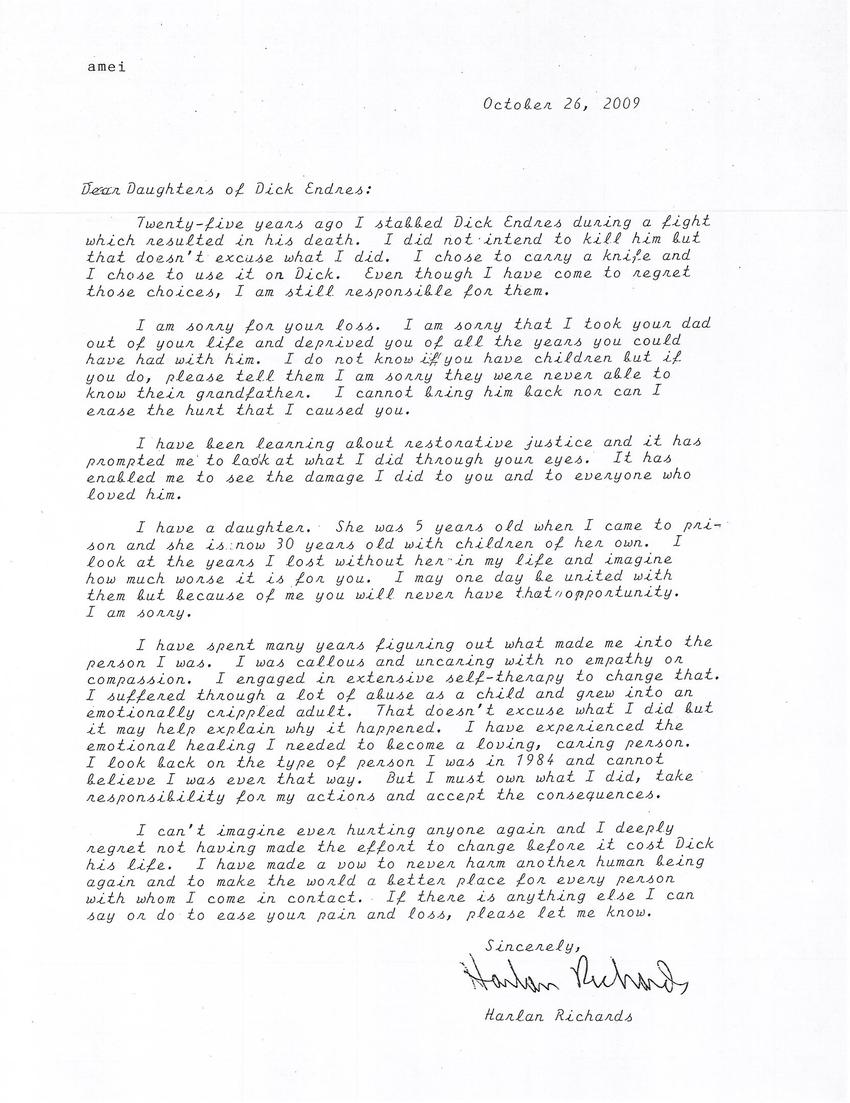