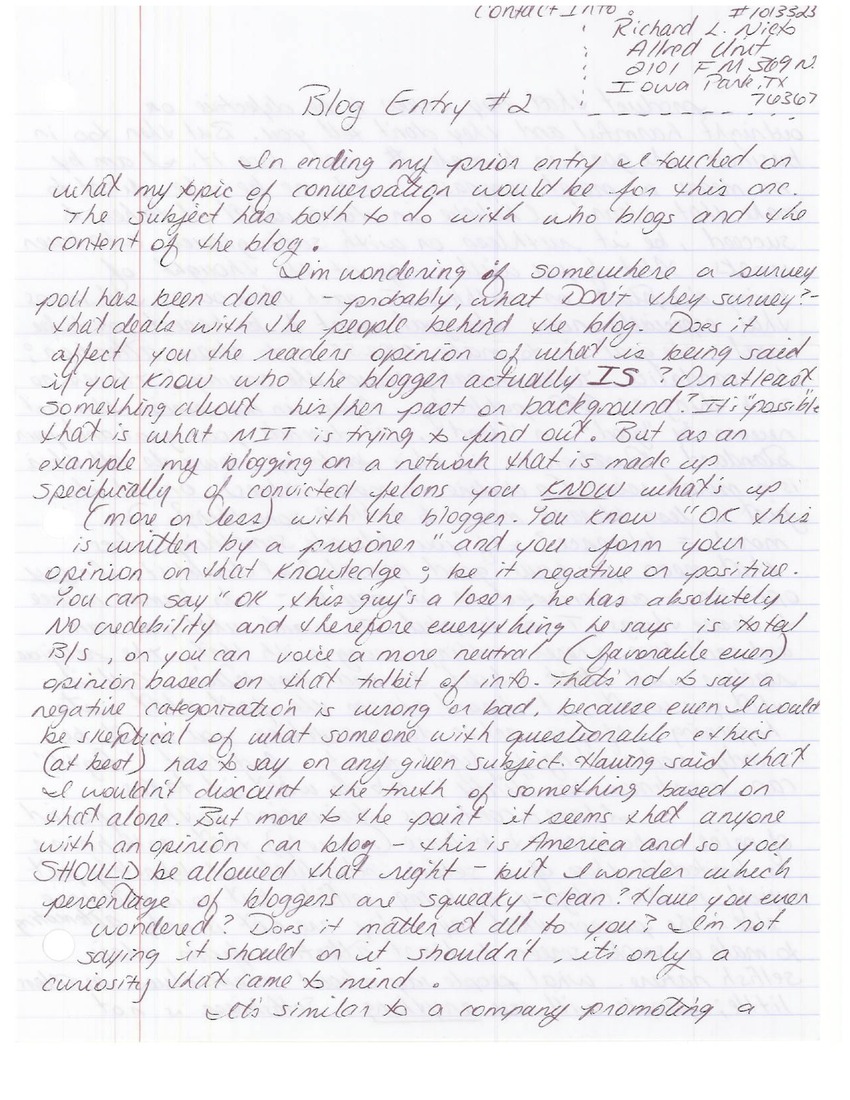 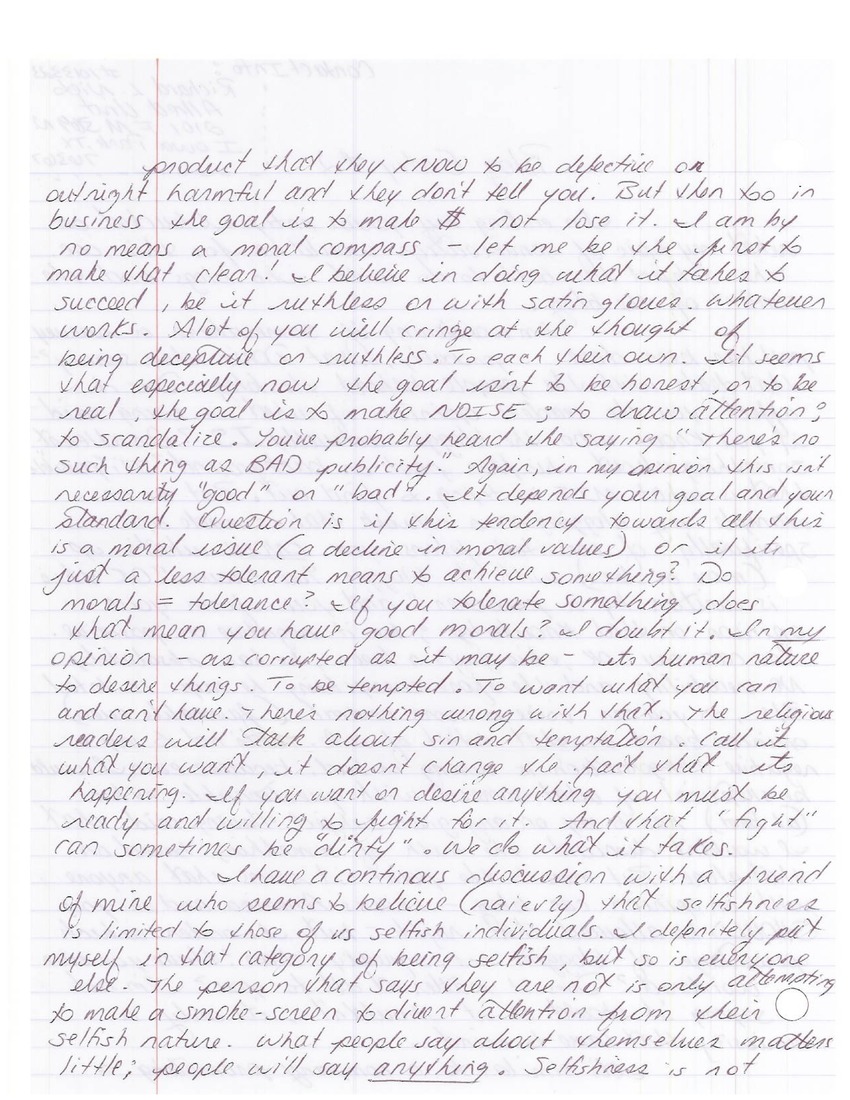 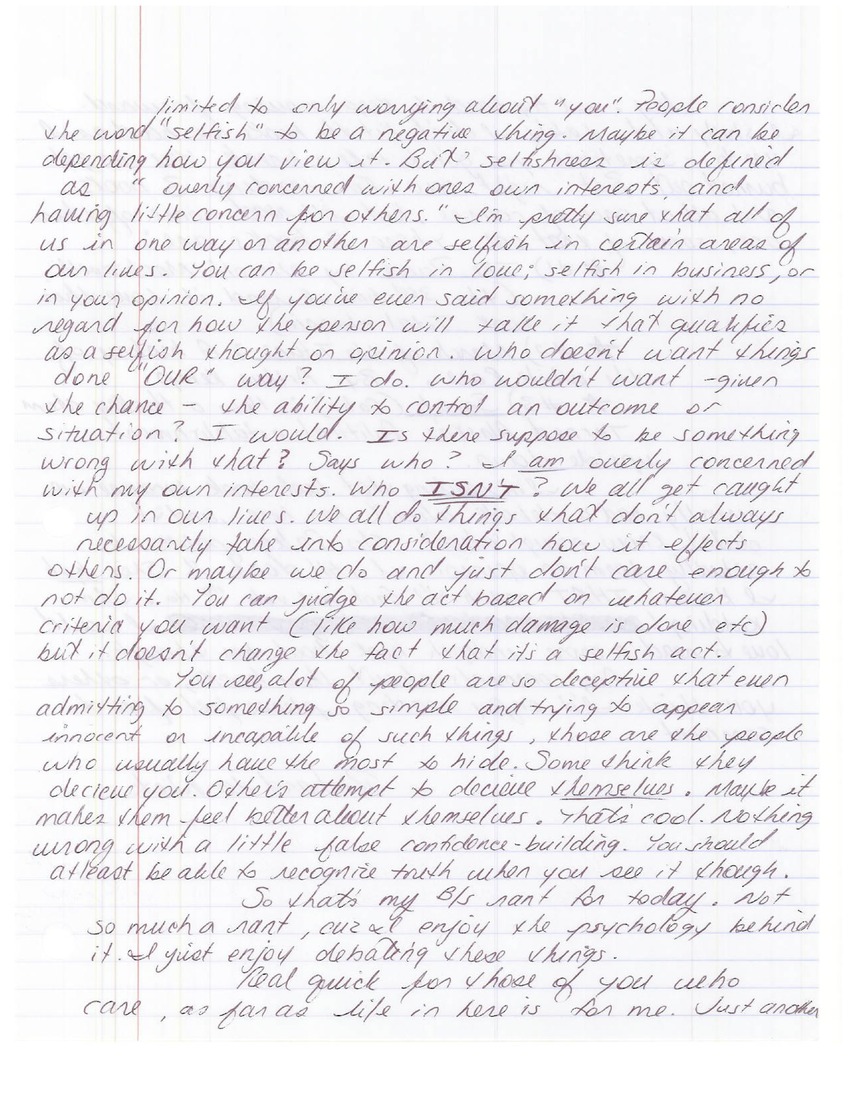 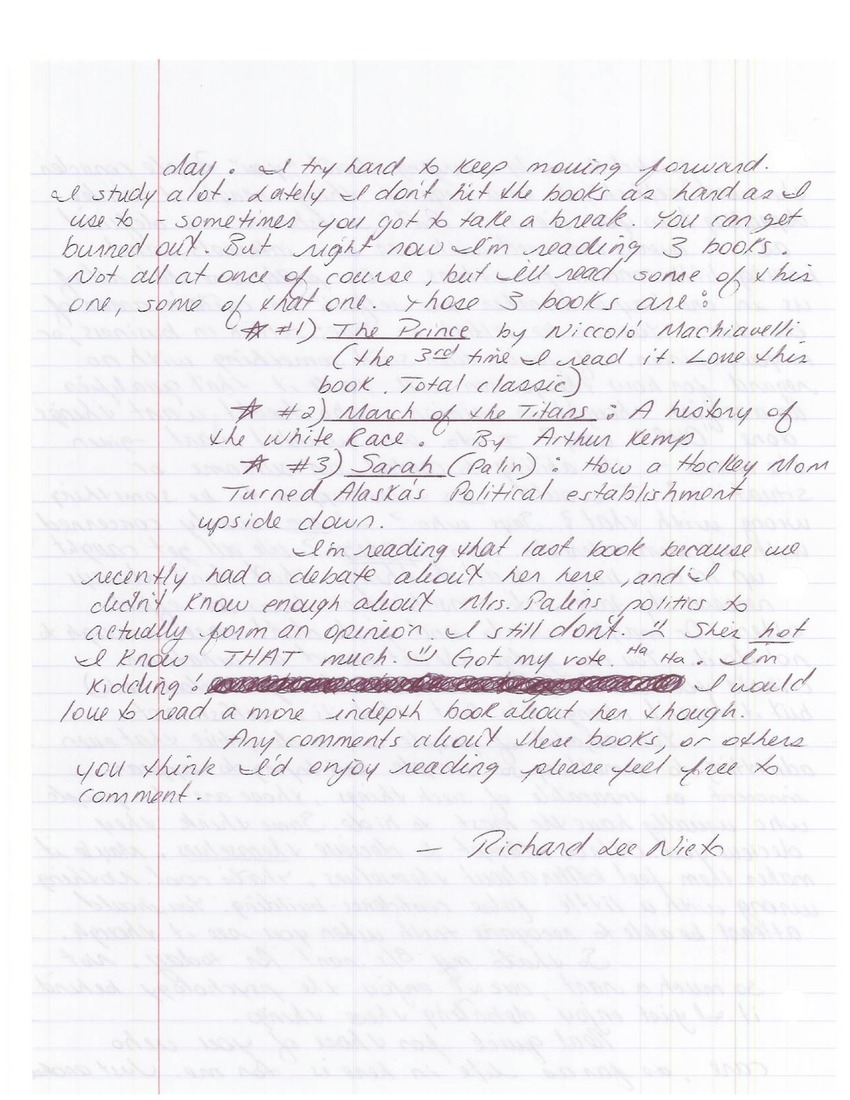 I heard about this blog on the radio, and have some fear about responding. Part of that fear is creating an expectation of an ongoing conversation, and I won't promise that. I've often thought that simple incarceration is a stupid response to crime, in that there's probably not great individual support and motivating factors in prison.

I am impressed with your thoughtfulness and curiosity.

You question about whether people judge the blogger by their history. I try not to. One of the norms at the church I attend is that history is left behind. For example, occupations and incomes are not usually mentioned. A truck driver and a doctor might have a conversation on equal terms. For me, your interest in fascinating books is separate from a crime you committed.

I agree that we're all selfish is some ways. We just hide it in different ways. Recently I recognized another way I seek approval, if I can figure out how to describe it. I was in traffic court and the judge asked a two part question: "Is there anyone who a) came in late or b) whose name wasn't mentioned?" I announced that a) I was on time but b) my name wasn't mentioned. Later I realized that I didn't need to mention that I was on time, but only that my name wasn't mentioned. Since then I've seen more of that kind of behavior in myself, saying something that's irrelevant to the conversation but intended to get credit (acknowledgment, love, etc.)

The rest of MIT might have other motives; but as for me: I work on this project because I want to change the way the general public perceives prisoners. I believe that we're all people, that we all have the possibility of screwing up, and that we all deserve a second chance. I think that punishment-focused incarceration is counter-productive; and social stigmatization of prisoners is even doubly counter-productive, for everyone involved.

That said, I agree that the framing is what it is: this is a blogging platform for prisoners, and each blogger is a prisoner. So people will already be thinking about that when they start reading. My hope is that if people come by and see thoughtful writing like what you have here, they will be surprised, for the better - because it doesn't match their stereotype of prisoners as heartless, thoughtless thugs.

Thanks for making me think!