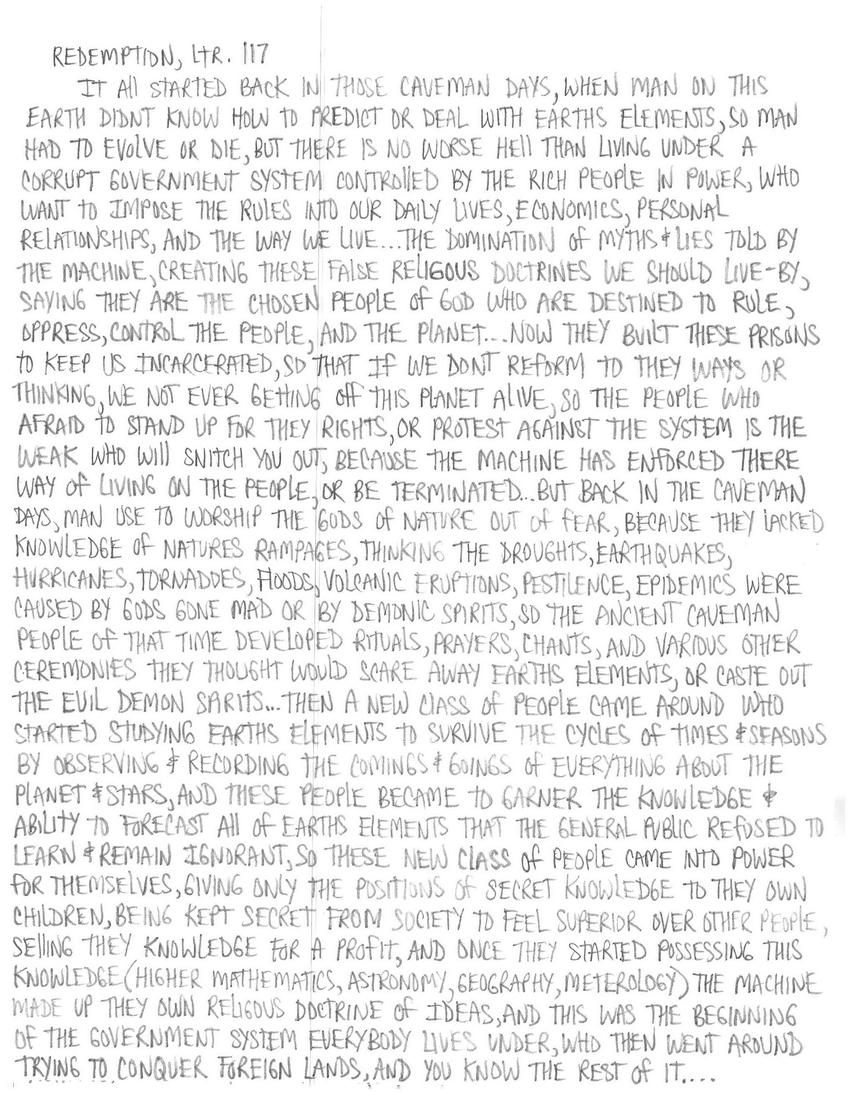 It all started back in those caveman days, when man on this earth didn't know how to predict or deal with earth's elements, so man had to evolve or die; but there is no worse hell than living under a corrupt government system controlled by the rich people in power who want to impose the rules into our daily lives, economics, personal relationships, and the way we live. The domination of myths & lies told by the machine, creating these false religious doctrines we should live by, saying they are the chosen people of God who are destined to rule, oppress, control the people, and the planet.

Now they built these prisons thinking, "We not ever getting off this planet alive," so the people who afraid to stand up for they rights, or protest against the system are the weak who will snitch you out. Because the machine has enforced their way of living on the people or be terminated.

But back in the caveman days, man used to worship the gods of nature out of fear because they lacked knowledge of nature's rampages, thinking the droughts, earthquakes, hurricanes, tornadoes, floods, volcanic eruptions, pestilence, and epidemics were caused by gods gone made or by demonic spirits. So the ancient caveman people of that time developed rituals, prayers, chants, and various other ceremonies they thought would scare aware earth's elements or cast our the evil demon spirits.

Then a new class of people came around who started studying earth's elements to survive the cycles of times & seasons by observing & recording the comings & goings of everything about the planets & stars; and these people became to garner the knowledge & ability to forecast all of earth's elements that the general public refused to learn & remain ignorant. So these new class of people came into power for themselves, giving only the positions of secret knowledge to they own children, being kept secret from society to feel superior over other people, selling they knowledge for a profit, and once they started possessing this knowledge (higher mathematics, astronomy, geography, meterology) the machine made up they own religious doctrine of ideas; and this was the beginning of the government system everybody lives under who then went around trying to conquer foreign lands. And you know the rest of it.

This is written with the assumption that scientists of all studies gained power and kept it secret. This can't be further from the truth.

These people and many more tried to spread their knowledge in one way or another before they died. Often without making a penny for their contributions or being labeled pariahs at one point in their lifetimes for being "strange".

If anything, commercialism in itself could be labeled the bigger villain.