To the Los Angeles Superior Court 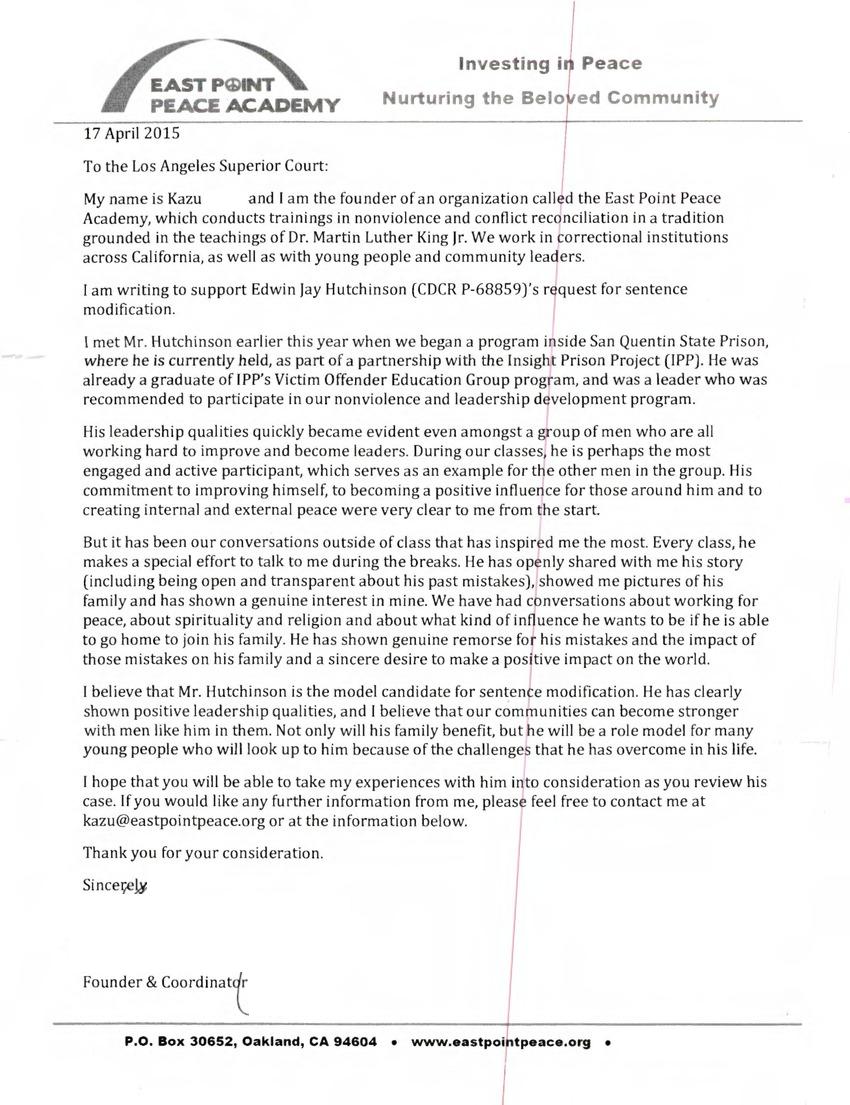 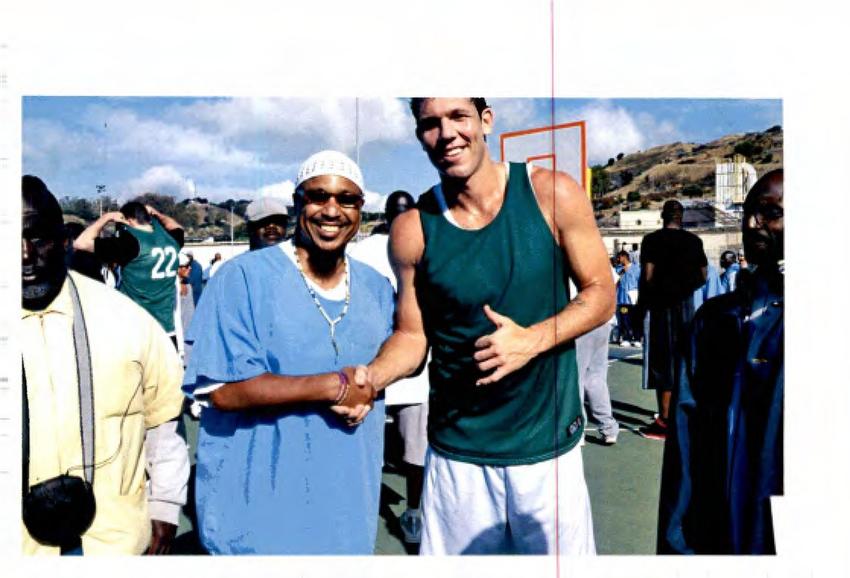 To the Los Angeles Superior Court:

My name is Kazu and I am the founder of an organization called the East Point Peace Academy, which conducts trainings in nonviolence and conflict reconciliation in a tradition grounded in the teachings of Dr. Martin Luther King Jr. We work in correctional institutions across California, as well as with young people and community leaders.

I met Mr. Hutchinson earlier this year when we began a program inside San Quentin State Prison, where he is currently held, as part of a partnership with the Insight Prison Project (IPP). He was already a graduate of IPP's Victim Offender Education Group program, and was a leader who was recommended to participate in our nonviolence and leadership development program.

His leadership qualities quickly became evident even amongst a group of men who are all working hard to improve and become leaders. During our classes, he is perhaps the most engaged and active participant, which serves as an example for the other men in the group. His commitment to improving himself, to becoming a positive influence for those around him and to creating internal and external peace were very clear to me from the start.

But it has been our conversations outside of class that has inspired me the most. Every class, he makes a special effort to talk to me during the breaks. He has openly shared with me his story (including being open and transparent about his past mistakes), showed me pictures of his family and has shown a genuine interest in mine. We have had conversations about working for peace, about spirituality and religion and about what kind of influence he wants to be if he is able to go home to join his family. He has shown genuine remorse for his mistakes and the impact of those mistakes on his family and a sincere desire to make a positive impact on the world.

I believe that Mr. Hutchinson is the model candidate for sentence modification. He has clearly shown positive leadership qualities, and I believe that our communities can become stronger with men like him in them. Not only will his family benefit, but he will be a role model for many young people who will look up to him because of the challenges that he has overcome in his life.

I hope that you will be able to take my experiences with him into consideration as you review his case. If you would like any further information from me, please feel free to contact me at kazu@eastpointpeace.org or at the information below.

Thank you for your consideration.