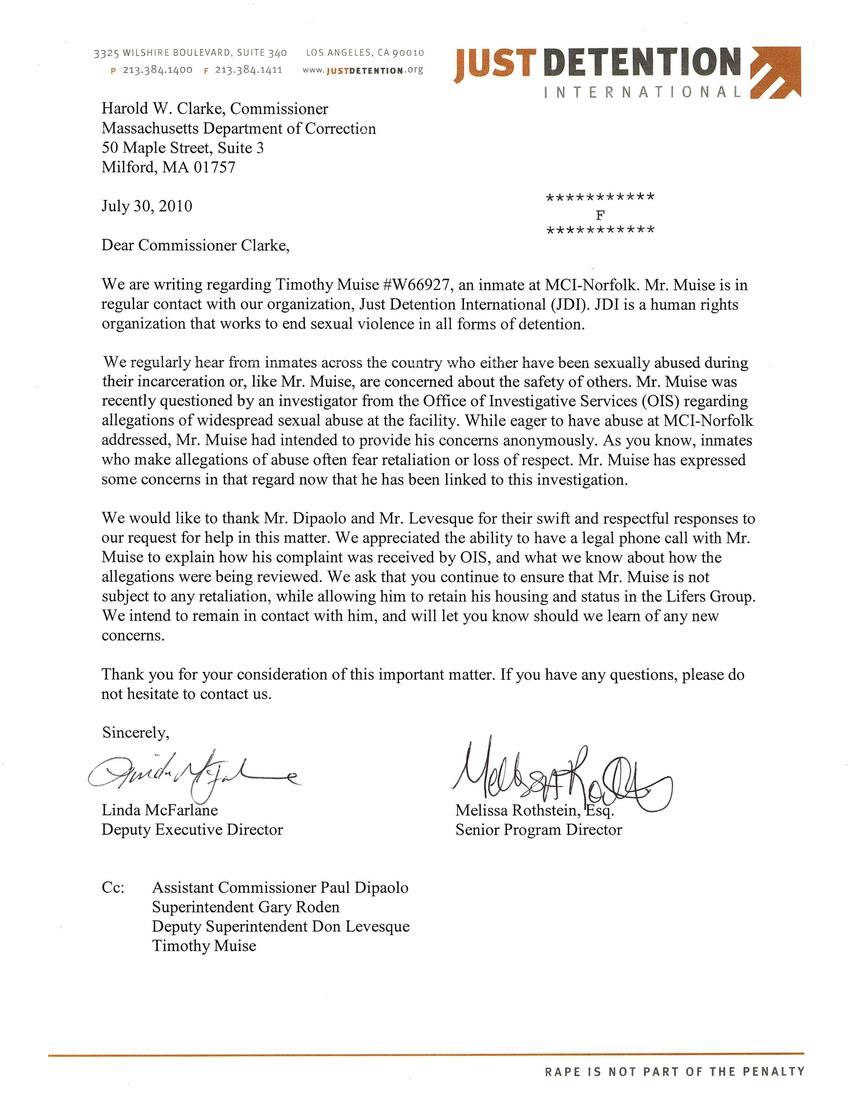 We are writing regarding Timothy Muise #W66927, an inmate at MCI-Norfolk. Mr. Muise is in regular contact with our organization, Just Detention International (JDI). JDI is a human rights organization that works to end sexual violence in all forms of detention.

We regularly hear from inmates across the country who either have been sexually abused during their incarceration or, like Mr. Muise, are concerned about the safety of others. Mr. Muise was recently questioned by an investigator from the Office of Investigative Services (OIS) regarding allegations of widespread sexual abuse at the facility. While eager to have abuse at MCI-Norfolk addressed, Mr. Muise had intended to provide his concerns anonymously. As you know, inmates who make allegations of abuse often fear retaliation or loss of respect. Mr. Muise has expressed some concerns in that regard now that he has been linked to this investigation.

We would like to thank Mr. Dipaolo and Mr. Levesque for their swift and respectful responses to our request for help in this matter. We appreciated the ability to have a legal phone call with Mr. Muise to explain how his complaint was received by OIS, and what we know about how the allegations were being reviewed/ We ask that you continue to ensure that Mr. Muise is not subject to any retaliation, while allowing him to retain his housing and status in the Lifers Group. We intend to remain in contact with him, and will let you know should we learn of any new concerns.

Thank you for your consideration of this important matter. If you have any questions, please do not hesitate to contact us.

RAPE IS NOT PART OF THE PENALTY