It's Time To Start Living Again! 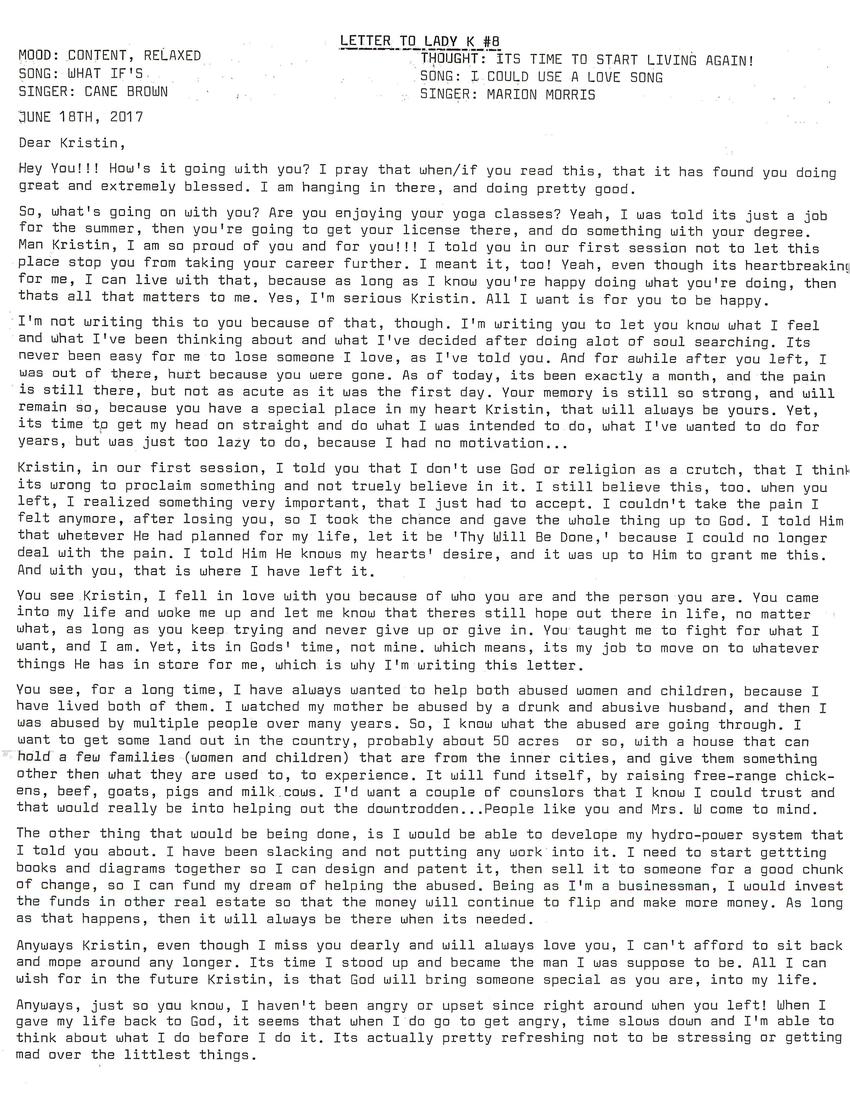 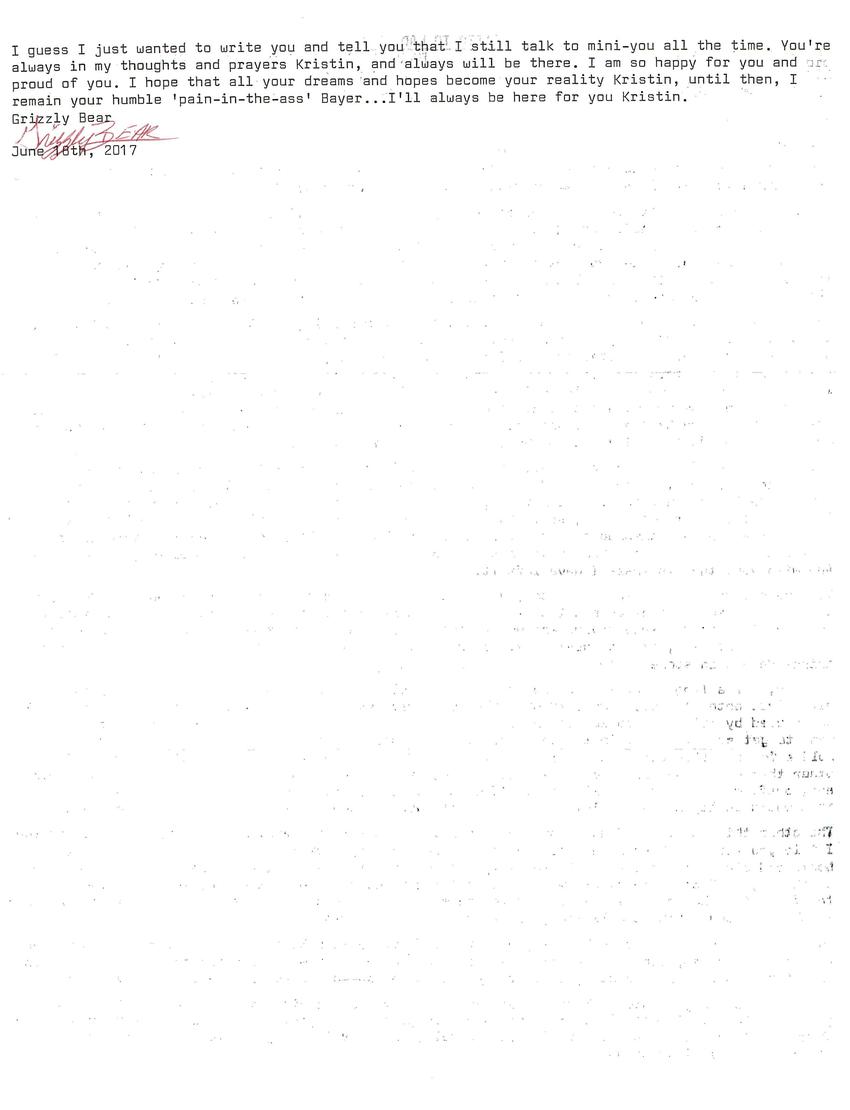 Hey You! ! ! How's it going with you? I pray that when/if you read this, that it has found you great and extremely blessed. I am hanging in there , and doing pretty good.

So, what's going on with you? Are you enjoying your yoga classes? Yea, I was told its just a job for the summer, then you're going to get your license there, and do something with you degree. Man Kristin, I am so proud of you and for you!!! I told you in our first session not to let this place stop you from taking your career further. I meant it, too! Yeah, even though its heartbreaking for me, I can live with that, because as long as I know you're happy doing what your're doing, then that's all that matters to me. Yes, I'm serious Kristin. All I want is for you to be happy.

I'm not writing this to you because of that, though. I'm writing you to let you know what I feel and what I've been thinking about what I've decided after doing a lot of soul searching. Its never been easy for me to loves someone I love, as I've told you. An for a while after you left, I was out there, hurt because you were gone. As of today, its been exactly a month, and the pain is still there, but as acute as it was the first day. Your memory is still so strong, and will remain so, because you have a special place in my heart Kristin, that will always be your. Yet, its time to get my head on straight and do what I was intended to do, what I've wanted to do for years, but was just too lazy to do, because I had no motivation...

Kristin, in our first session, I told you that I don't use God or religion as a crutch, that I think its wrong to proclaim something and not truly believe in it. I still couldn't take the pain I felt anymore, after lousing you, So I took the chance and gave the whole thing up to God. I told him what whatever He had planned for my life, let it be 'Thy will be done,' because I could no longer deal the pain. I told Him He knows my hearts' desire, and it was up to Him to grand me this. And with you, that is where I have left it.

You see Kristin, I fell in love with you because of who you are and the person you are. You came into my life and woke me up and let me know that there's still hope out there in life no matter what, as long as you keep trying and never give up of five in. You taught me to fight for what I want, and I am. Yet, its in God's time, not mine. Which means, its my job to move on to whatever things He has in store for me, which is why I'm writing this letter.

You see, for a long time, I have always wanted to help both abused women and children, because I have lived both of them. I watched my mother be abused by a drunk and abusive husband, and then I was abused by multiple people over many years. So I know what the abuse are going through. I want to get some land outing the country, probably about 50 acres or so, with a host that can hold a few families( women and Children) that are from the inner cities, and give them something other than what they are used to, to experience. It will fund itself, by raising free range chickens, beef, goats, pigs, and milk cows. I'd want a couple of counselor's that I know i could trust and that would really be into helping out downtrodden... People like you Mrs. W come to mind.

The other thing that would being done, is I would be able to develop my hydro- power system that I told you about. I have been slacking and not putting any work into it. I need to start getting books and diagram's together so I can design and patent it, then sell it to someone for a good chunk of change, so I can fund my dream of helping the abused. Being as I'm a businessman, I would invest the funds in other real estate so that the money will continue to flip and make more money. As long as that happens, then it will always be there when its needed.

Anyways Kristin, even though I miss you dearly and will always love you, I can't afford to sit back and mop around any longer. Its time I stood up and became the man I was suppose to be. All I can wish for in the future Kristin, is that God will bring someone special as you are, into my life.

Anyways, just so you know, I haven't been angry or upset since right around you left! When I gave my life back to God, it seems that when I do go to get angry, time slows down and I'm able to think about what I can do before I do it. Its actually pretty refreshing not to be stressing or getting mad over the littlest things. I guess I was just wanted to wright you and tell you that I still talk to mini- you all the time. You're always in my thoughts and prayers Kristin, and always will be there. I am so happy for you and remain your humble ' pain- in- the- ass' Bayer...I'll always be here for you Kristin.
Grizzly Bear