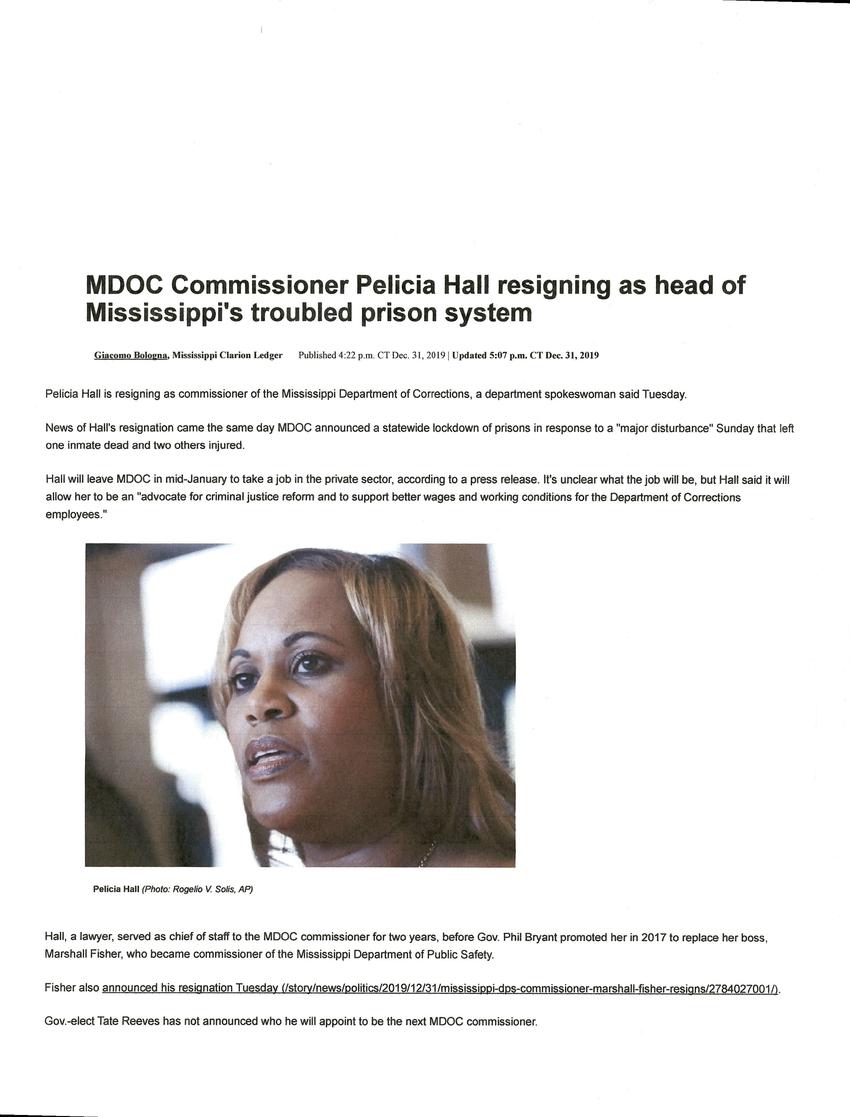 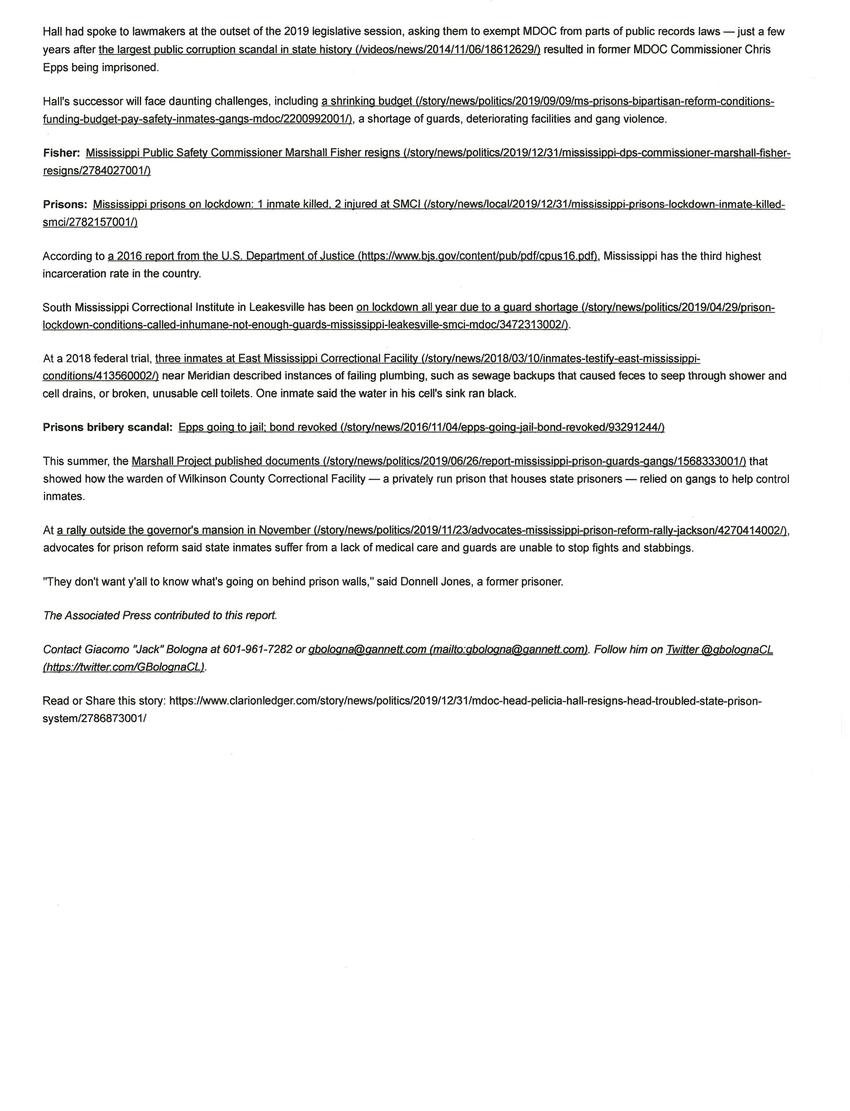 Pelicia Hall is resigning as commissioner of the Mississippi Department of Corrections, a department spokeswoman said Tuesday.

News of Hall's resignation came the same day MDOC announced a statewide lockdown of prisons in response to a "major disturbance" Sunday that left one inmate dead and two others injured.

Hall will leave MDOC in mid-January to take a job in the private sector, according to a press release. It's unclear what the job will be, but Hall said it will allow her to be an "advocate for criminal justice reform and to support better wages and working conditions for the Department of Corrections employees."

Hall, a lawyer, served as chief of staff to the MDOC commissioner for two years, before Gov. Phil Bryant promoted her in 2017 to replace her boss, Marshall Fisher, who became commissioner of the Mississippi Department of Public Safety.

Gov.-elect Tate Reeves has not announced who he will appoint to be the next MDOC commissioner.

Hall had spoke to lawmakers at the outset of the 2019 legislative session, asking them to exempt MDOC from parts of public records laws — just a few years after the largest public corruption scandal in state history resulted in former MDOC Commissioner Chris Epps being imprisoned.

Hall's successor will face daunting challenges, including a shrinking budget, a shortage of guards, deteriorating facilities and gang violence.

According to a 2016 report from the U.S. Department of Justice, Mississippi has the third highest incarceration rate in the country.

South Mississippi Correctional Institute in Leakesville has been on lockdown all year due to a guard shortage.

At a 2018 federal trial, three inmates at East Mississippi Correctional Facility near Meridian described instances of failing plumbing, such as sewage backups that caused feces to seep through shower and cell drains, or broken, unusable cell toilets. One inmate said the water in his cell's sink ran black.

This summer, the Marshall Project published documents that showed how the warden of Wilkinson County Correctional Facility — a privately run prison that houses state prisoners — relied on gangs to help control inmates.

At a rally outside the governor's mansion in November, advocates for prison reform said state inmates suffer from a lack of medical care and guards are unable to stop fights and stabbings.

"They don't want y'all to know what's going on behind prison walls," said Donnell Jones, a former prisoner.

The Associated Press contributed to this report.