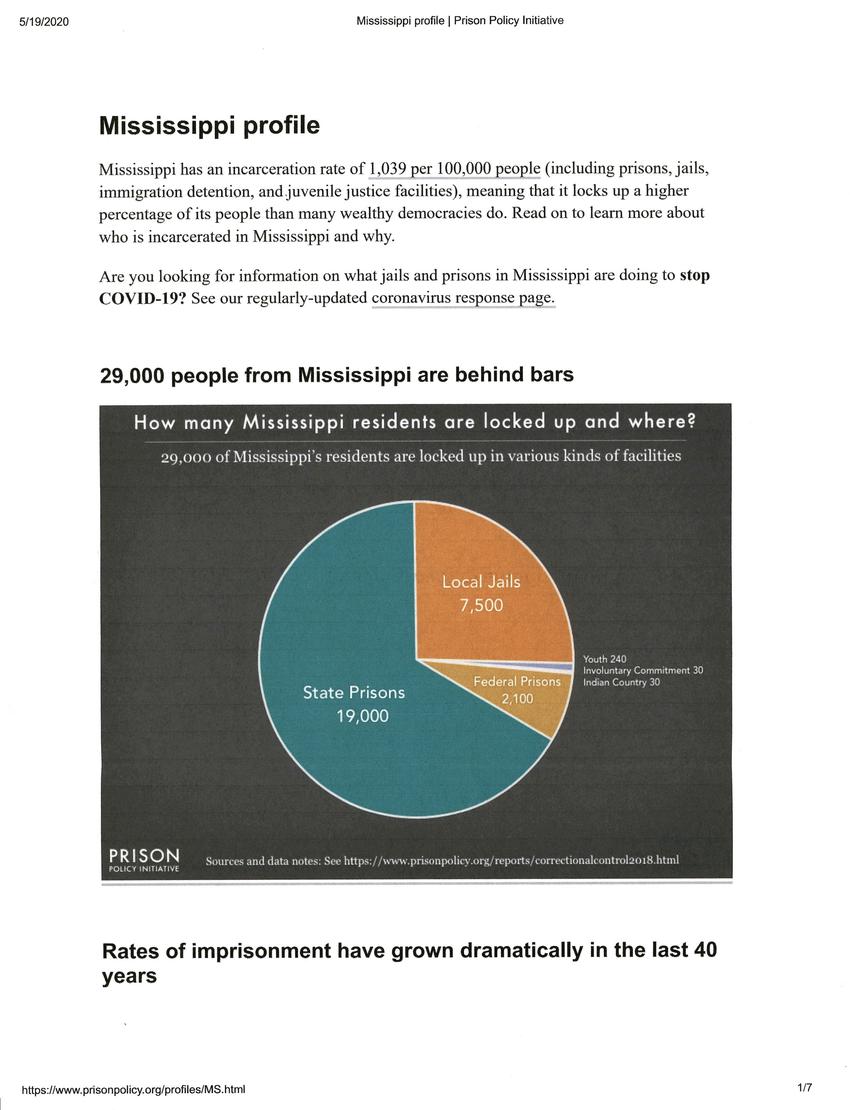 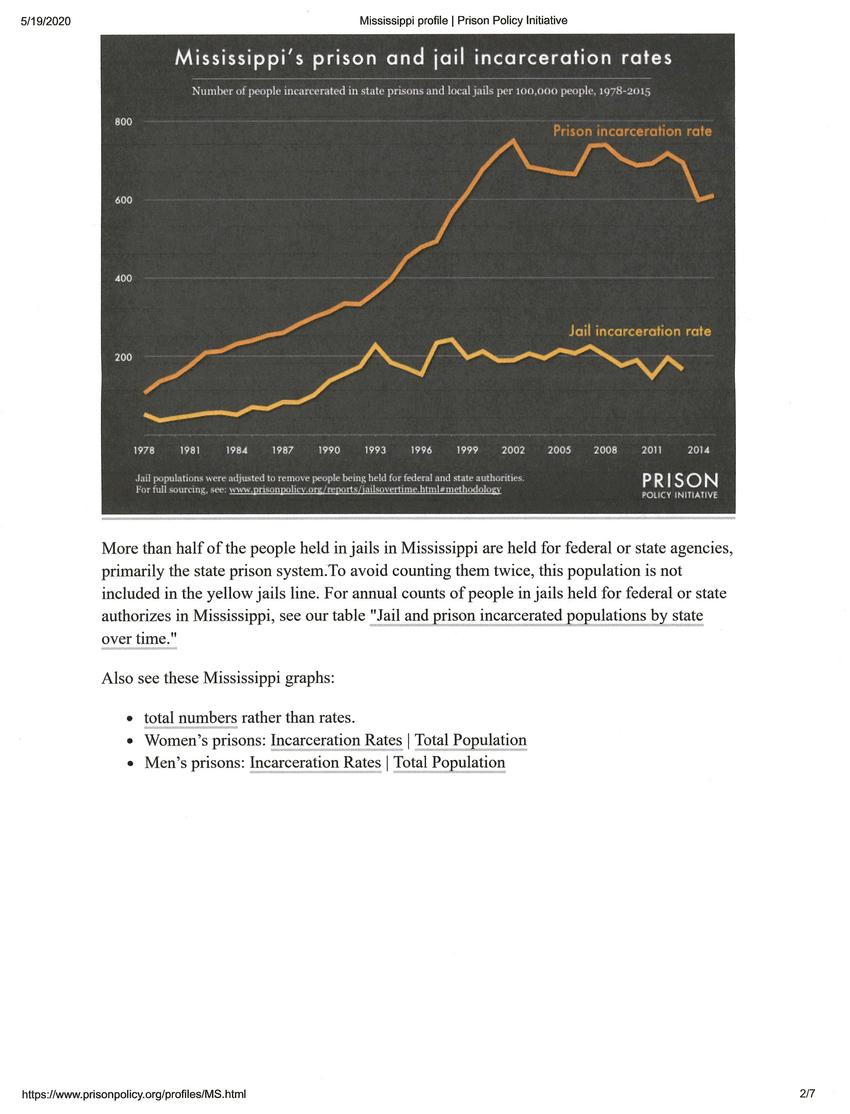 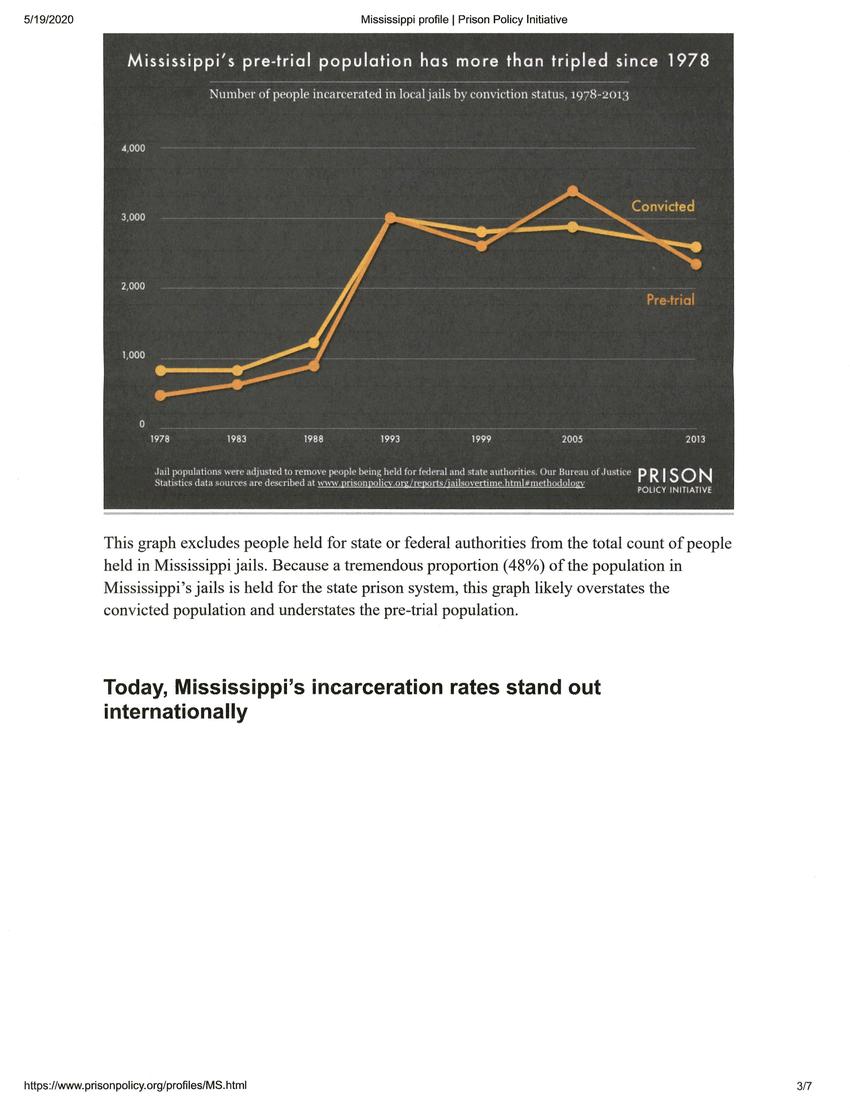 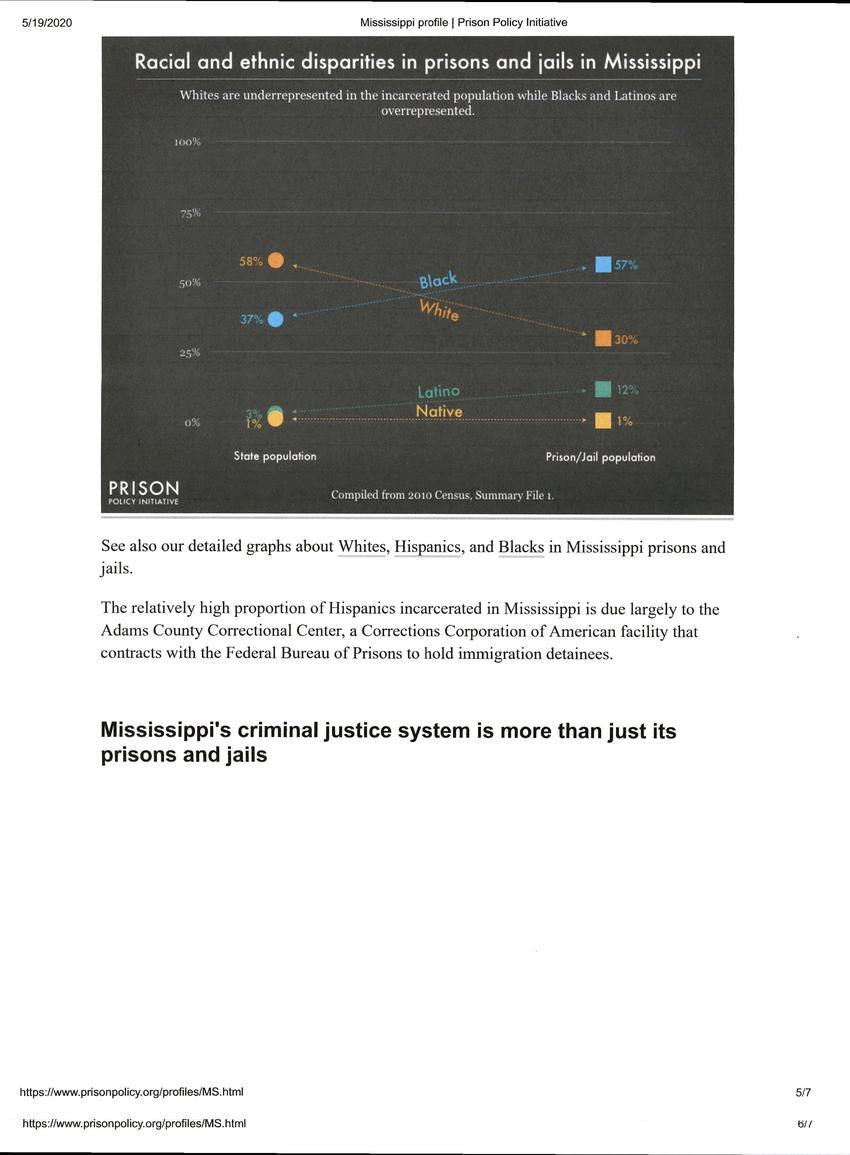 Mississippi profile Tweet this
Mississippi has an incarceration rate of 1,039 per 100,000 people (including prisons, jails, immigration detention, and juvenile justice facilities), meaning that it locks up a higher percentage of its people than many wealthy democracies do. Read on to learn more about who is incarcerated in Mississippi and why.

Are you looking for information on what jails and prisons in Mississippi are doing to stop COVID-19? See our regularly-updated coronavirus response page.

Rates of imprisonment have grown dramatically in the last 40 years
Mississippi's prison and jail incarceration rates
Number of people incarcerated in state prisons and local jails per 100,000 people, 1975-2015
[see graph]

More than half of the people held in jails in Mississippi are held for federal or state agencies, primarily the state prison system.To avoid counting them twice, this population is not included in the yellow jails line. For annual counts of people in jails held for federal or state authorizes in Mississippi, see our table "Jail and prison incarcerated populations by state over time."

Mississippi's pre-trial population has more than tripled since 1978
Number of people incarcerated in local jails by conviction status, 1978-2013
[see graph]

MISSISSIPPI INCARCERATION RATES BY RACE/ETHNICITY, 20100
(Number of people incarcerated per 100,000 people in that racial/ethnic group
[graph]
Source: Calculated from U.S. Census 2010 Summary Pile 1. Incarceration populations are all types of correctional facilities in a state, including federal and state prisons, local jails, halfway houses, etc. Statistics for Whites are for Non-Hispanic Whites.

See also our detailed graphs about Whites, Hispanics, and Blacks in Mississippi prisons and jails.

The relatively high proportion of Hispanics incarcerated in Mississippi is due largely to the Adams County Correctional Center, a Corrections Corporation of American facility that contracts with the Federal Bureau of Prisons to hold immigration detainees.