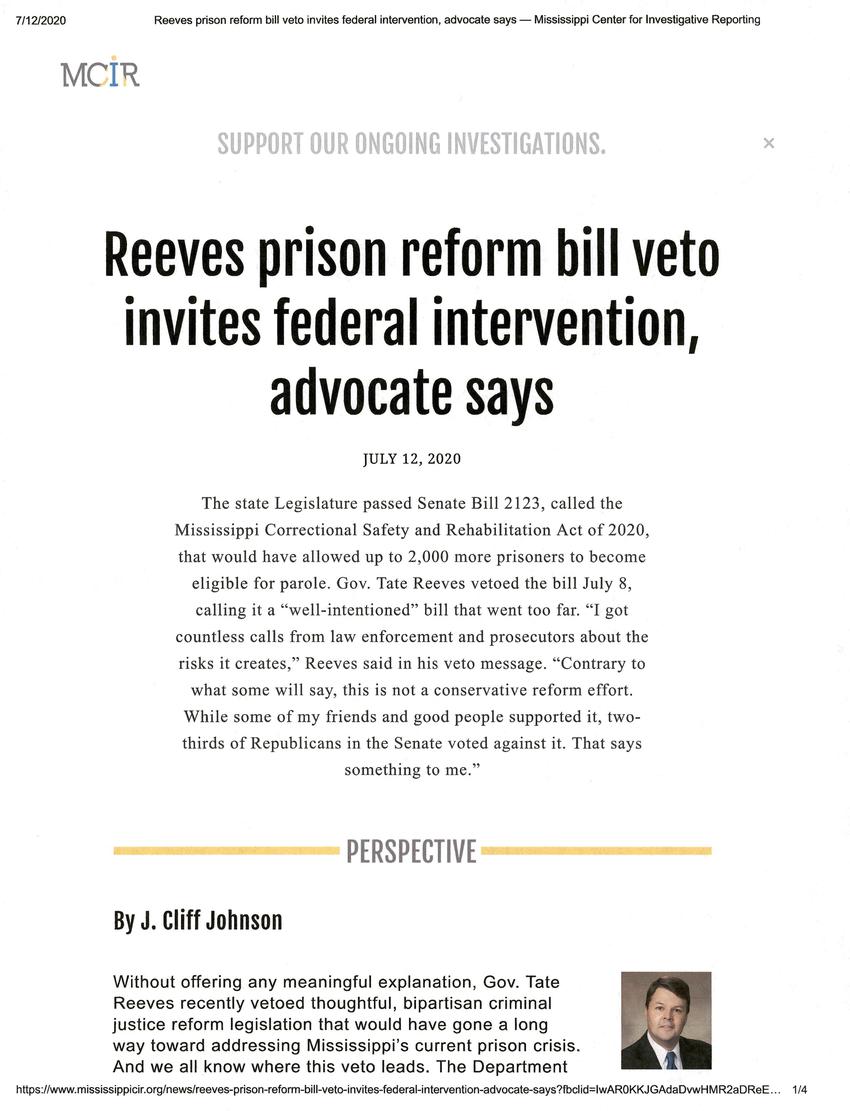 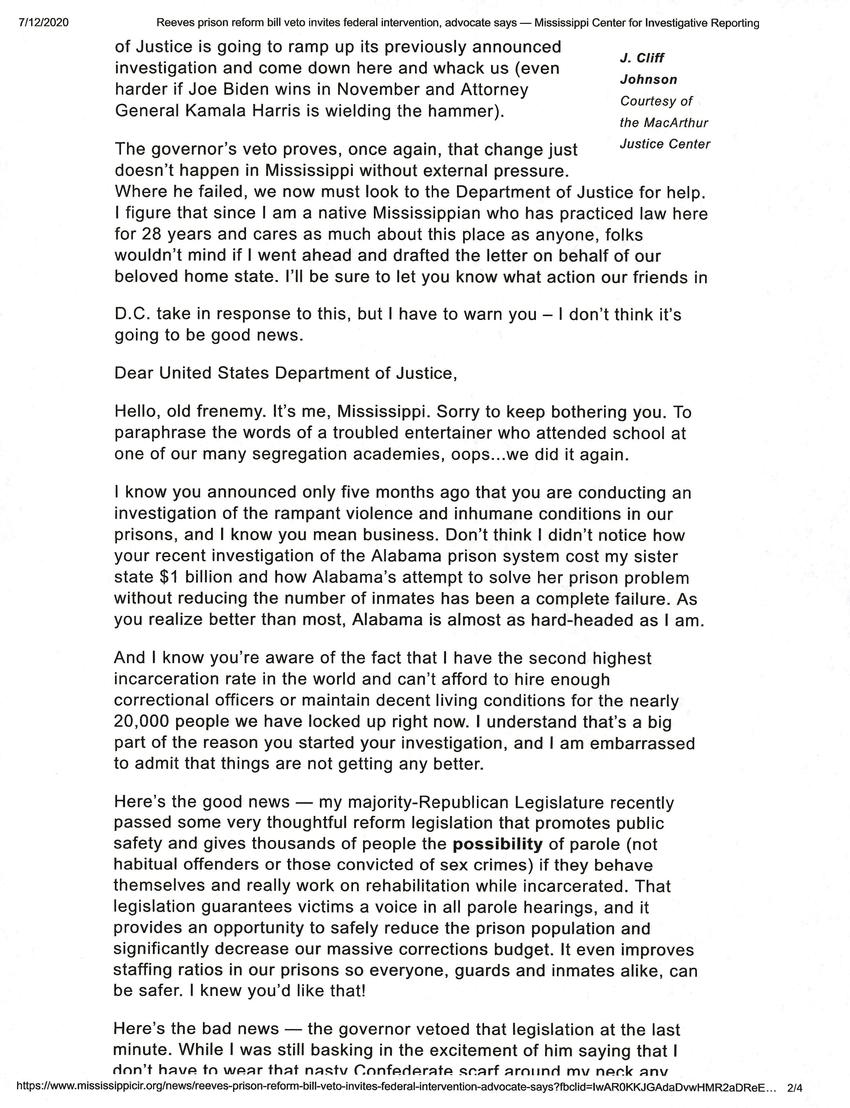 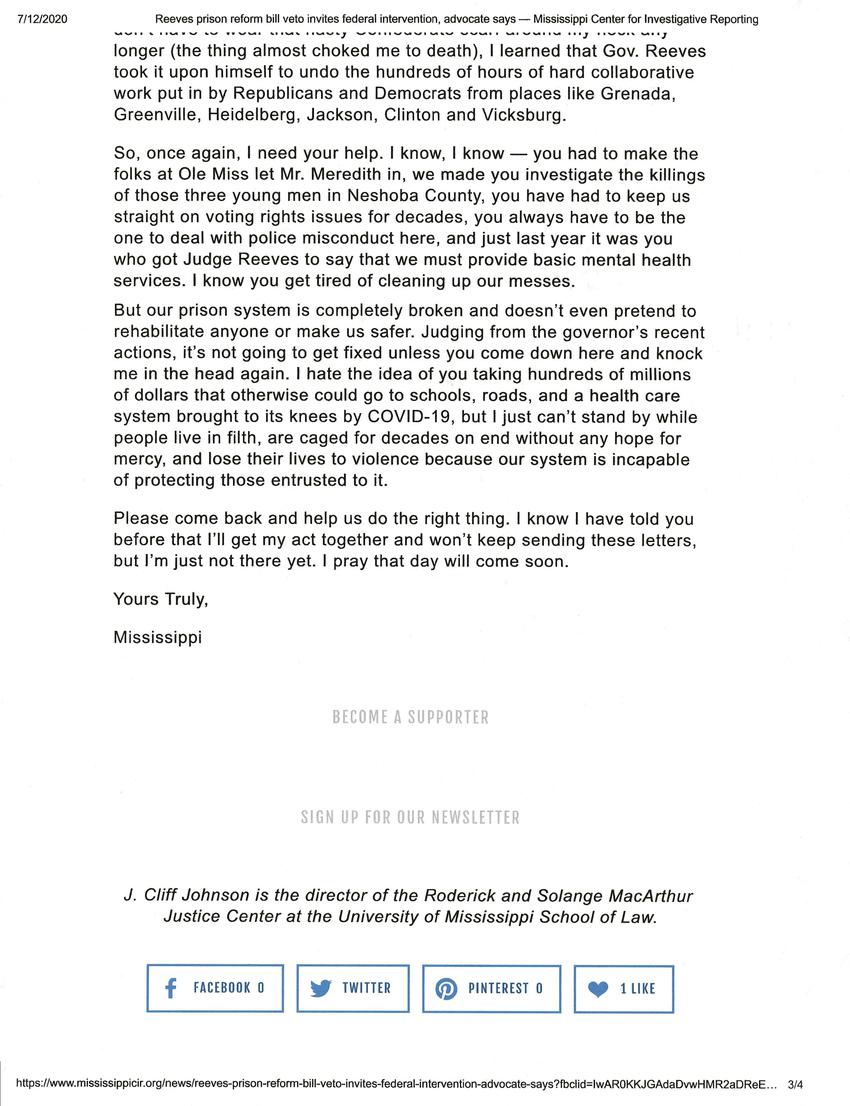 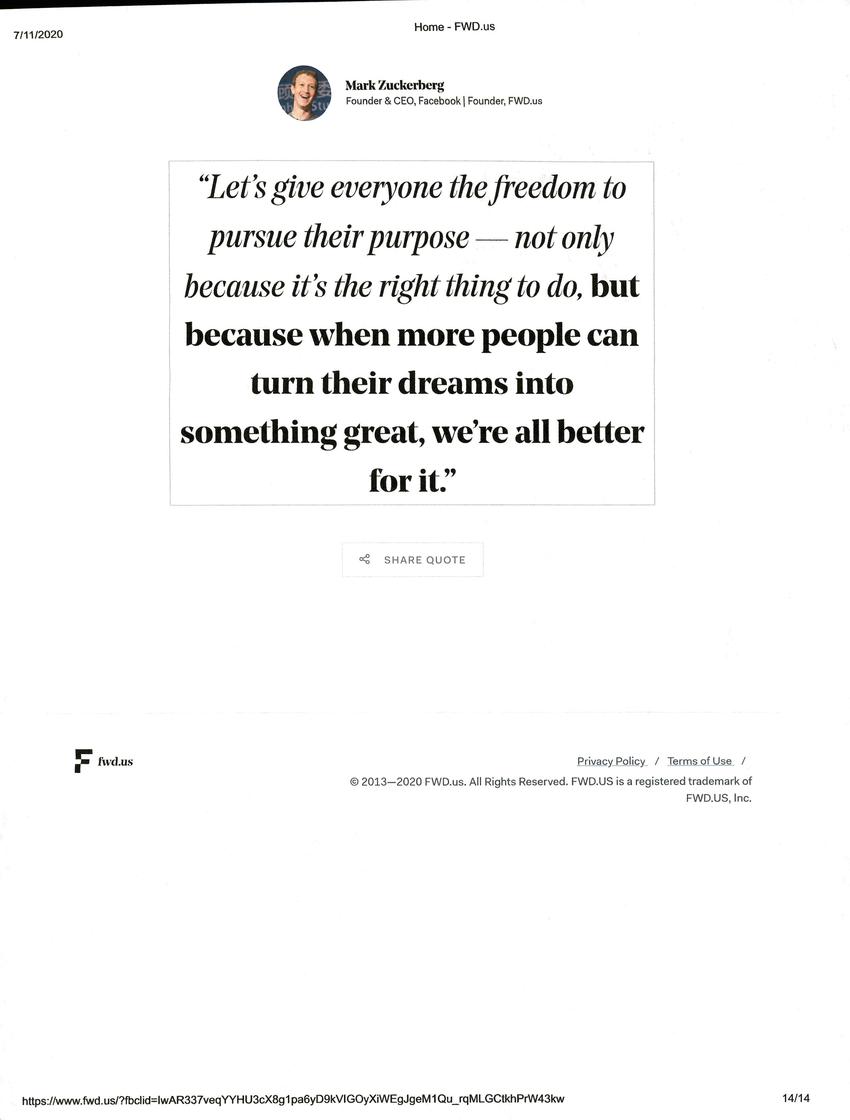 Reeves prison reform bill veto invites federal intervention, advocate says
July 12, 2020
The state Legislature passed Senate Bill 2123, called the Mississippi correctional Safety and Rehabilitation Act of 2020, that would have allowed up to 2,000 more prisoners to become eligible for parole. Gov. Tate Reeves vetoed the bill July 8, calling it a "well-intentioned" bill that went too far. "I got countless calls from law enforcement and prosecutors about the risks it creates," Reeves said in his veto message. "Contrary to what some will say, this is not a conservative reform effort. While some of my friends and good people supported it, two-thirds of Republicans in the Senate voted against it. That says something to me."

Perspective
By J. Cliff Johnson
Without offering any meaningful explanation, Gov. Tate Reeves recently vetoed thoughtful, bipartisan criminal justice reform legislation that would have gone a long way toward addressing Mississippi's current prison crisis. And we all know where this veto leads. The Department of justice is going to ramp up its previously announced investigation and come down here and whack us (even harder if Joe Biden wins in November and attorney General Kamala harris is wielding the hammer). The governor's veto proves, once again, that change just doesn't happen in Mississippi without external pressure. Where he failed, we now must look to the Department of Justice for help. I figure that since I am a native Mississippian who has practiced law here for 28 years and cares as much about this place as anyone, folks wouldn't mind if I went ahead and drafted the letter on behalf of our beloved home state. I'll be sure to let you know what action our friends in D.C. take in response to this, but I have to warn you - I don't think it's going to be good news.
Dear United States Department of Justice,
Hello, old frenemy. It's me, Mississippi. Sorry to keep bothering you. To paraphrase the words of a trouble entertainer who attended school at one of our many segregation academies, oops...we did it again. I know you announced only five months ago that you are conducting an investigation of the rampant violence and inhumane conditions in our prisons, and I know you mean business. Don't think I didn't notice how your recent investigation of the Alabama prison system cost my sister state $1 billion and how Alabama's attempt to solve her prison problem without reducing the number of inmates has been a complete failure. As you realize better than most, Alabama is almost as head-headed as I am. And I know you're aware of the fact that I have the second-highest incarceration rate in the world and can't afford to hire enough correctional officers or maintain decent living conditions for the nearly 20,000 people we have locked up right now. I understand that's a big part of the reason you started your investigation, and I am embarrassed to admit that things are not getting any better. Here's the good news - my majority-Republican Legislature recently passed some very thoughtful reform legislation that promotes public safety and gives thousands of people the possibility of parole (not habitual offenders or those convicted of sex crimes)if they behave themselves and really work on rehabilitation while incarcerated. That legislation guarantees victims a voice in all parole hearings, and it provides an opportunity to safely reduce the prison population and significantly decrease our massive corrections budget. It even improves staffing ratios in our prisons so everyone, guards and inmates alike, can be safer. I knew you'd like that! Here's the bad news - the governor vetoed that legislation at the last minute. While I was still basking in the excitement of him saying that I don't have to wear that nasty confederate scarf around my neck any longer (the thing almost choked me to death), I learned that Gov. Reeves took it upon himself to undo the hundreds of hours of hard collaborative work put in by Republicans and Democrats from places like Grenada, Greenville, Heidelberg, Jackson, Clinton, and Vicksburg. So, once again, I need your help. I know, I know - you had to make the folks at ole miss let Mr. Meredith in, we made you investigate the killings of those three young men in Neshoba County, you have had to keep us straight on voting rights issues for decades, you always have to be the one to deal with police misconduct here, and just last year it was you who got Judge Reeves to say that we must provide basic mental health services. I know you get tired of cleaning up our messes. But our prison system is completely broken and doesn't even pretend to rehabilitate anyone or make us safer. Judging from the governor's recent actions, it's not going to get fixed unless you come down here and knock me in the head again. I hate the idea of you taking hundreds of millions of dollars that otherwise could go to schools, roads, and a health care system brought to its knees by COVID-19, but I just can't stand by while people live in filth, are caged for decades on end without any hope for mercy, and lose their lives to violence because our system is incapable of protecting those entrusted to it. Please come back and help us do the right thing. I know I have told you before that I'll get my act together and won't keep sending these letters, but I'm just not there yet. I pray that day will come soon.
Yours Truly,
Mississippi
J. Cliff Johnson is the director of the Roderick and Solange Macarthur Justice Center at the University of Mississippi School of Law

Mark Zuckerberg Founder & CEO, Facebook| founder, FWD.us
"Let's give everyone the freedom to pursue their purpose - not only because it's the right thing to do, but because when more people can turn their dreams into something great, we're all better for it."