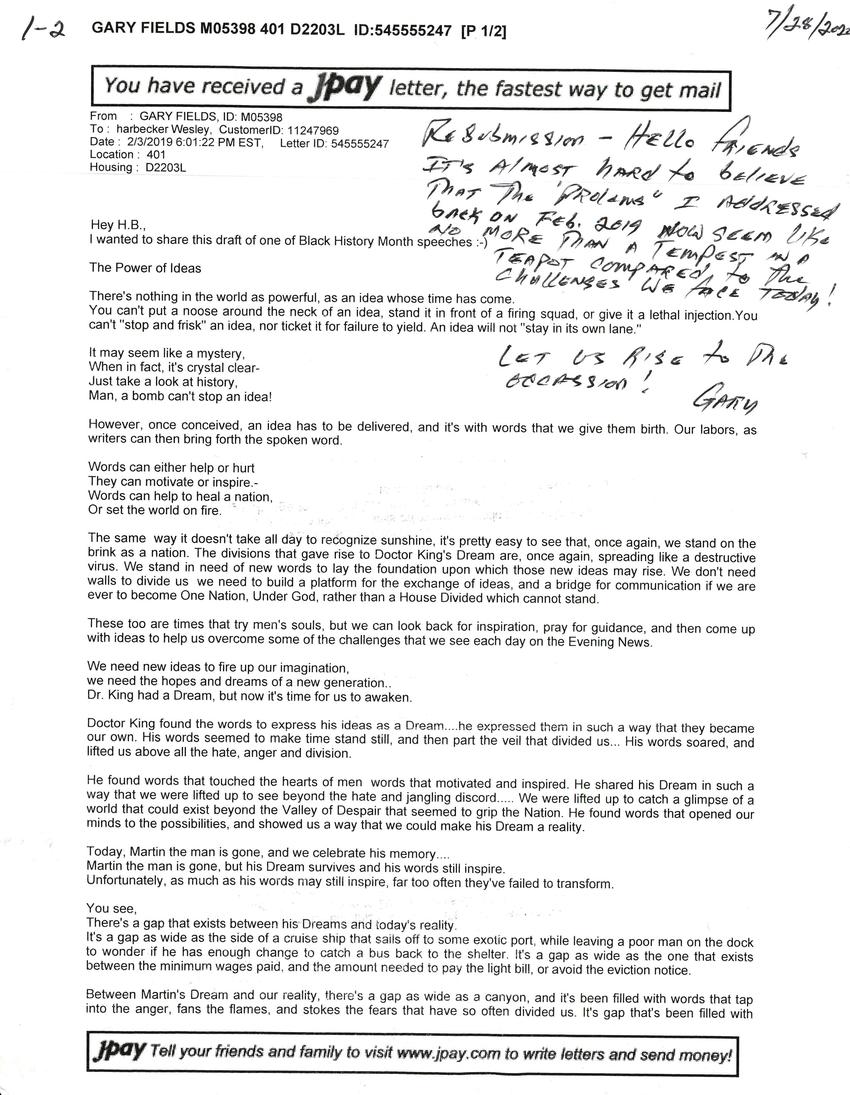 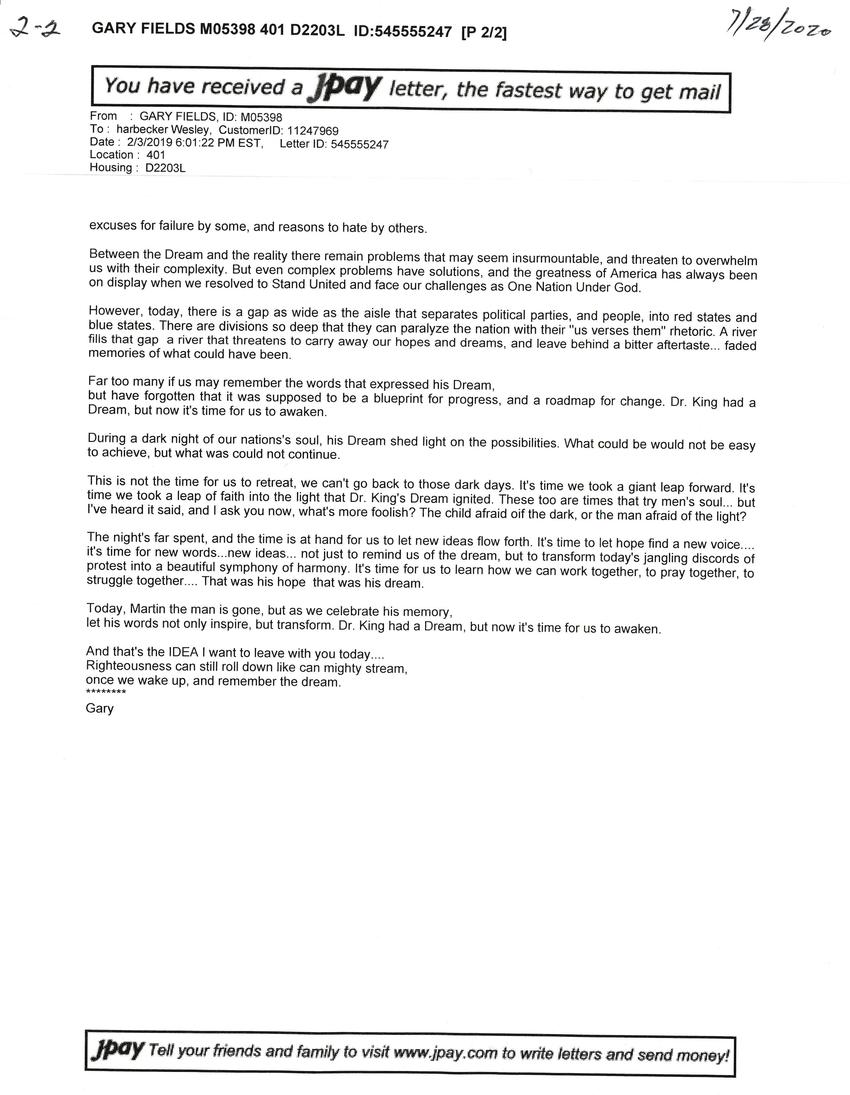 Hey H.B.,
I wanted to share this draft of one of Black History Month speeches :-)

The Power of Ideas

There's nothing in the world as powerful, as an idea whose time has come
You can't put a noose around the nect of an idea, stand it in front of a firing squad, or give it a lethal injection. You
can't "stop and frisk" an idea, nor ticket it for a failure to yield. An idea will not "stay in its own lane."

It may seem like a mystery
When in fact, it's crystal clear-
Just take a look at history,
Man, a bomb can't stop an idea!

However, once conceived, an idea has to be delivered it's with words that we give them birth. Our labors, as
writers can then bring forth the spoken word.

Words can either help or hurt
They can motivate or inspire.-
Words can help to heal a nation,
Or set the world on fire

The same way it doesn't take all day to recognize sunshine, it's pretty easy to see that, once again, we stand on the
brink as a nation. The divisions that gave rise to Doctor King's Dream are, once again, spreading like a destructive
virus. We stand in need of new words to lay the foundation upon which those new ideas may rise. We don't need
walls to divide us we need to build a platform for the exchange of ideas, and a bridge for communication if we are
ever to become One Nation, Under God, rather than a House Divided which cannot stand.

These too are times that try men's souls, but we can look back for inspiration, pray for guidance, and then come up
with ideas to help us overcome some of the challenges that we see each day on the Evening News.

We need new ideas to fire up our imagination,
we need the hopes and dreams of a new generation..
Dr. King had a Dream, but now it's time for us to awaken.

Doctor King found the words to express his ideas as a Dream.....he expressed them in such a away that they became our own. His words seemed to make time stand still, and then part the veil that divided us... His words soared, and lifted us above all the hate, anger and division.

He found words that touched the hearts of men words that motivated and inspired. He shared his Dream in such a way that we were lifted up to see beyond the hate and jangling discord..... We were lifted up to catch a glimpse of a world that could exist beyond the Valley of Despair that seemed to grip the Nation. He found words that opened our minds to the possibilities, and showed us a way that we could make his Dream a reality.

You see,
There's a gap that exists between this Dreams and today's reality.
It's a gap as wide as the side of a cruise ship that sails off to some exotic port, while leaving a poor man on the dock
to wonder if he has enough change to catch a bus back to the shelter. It's a gap as wide as the one that exists
betwwen the minimum wages paid, and the amount needed to pay the light bill, or avoid the eviction notice.

Between Martin's Dream and our reality, there's a gap as wide as a canyon, and it's been filled with words that tap
ino the anger, fans the flames, and stokes the fears taht have so often divided us. It's gap that's been filled with
excuses for failure by some, and reasons to hate by others.