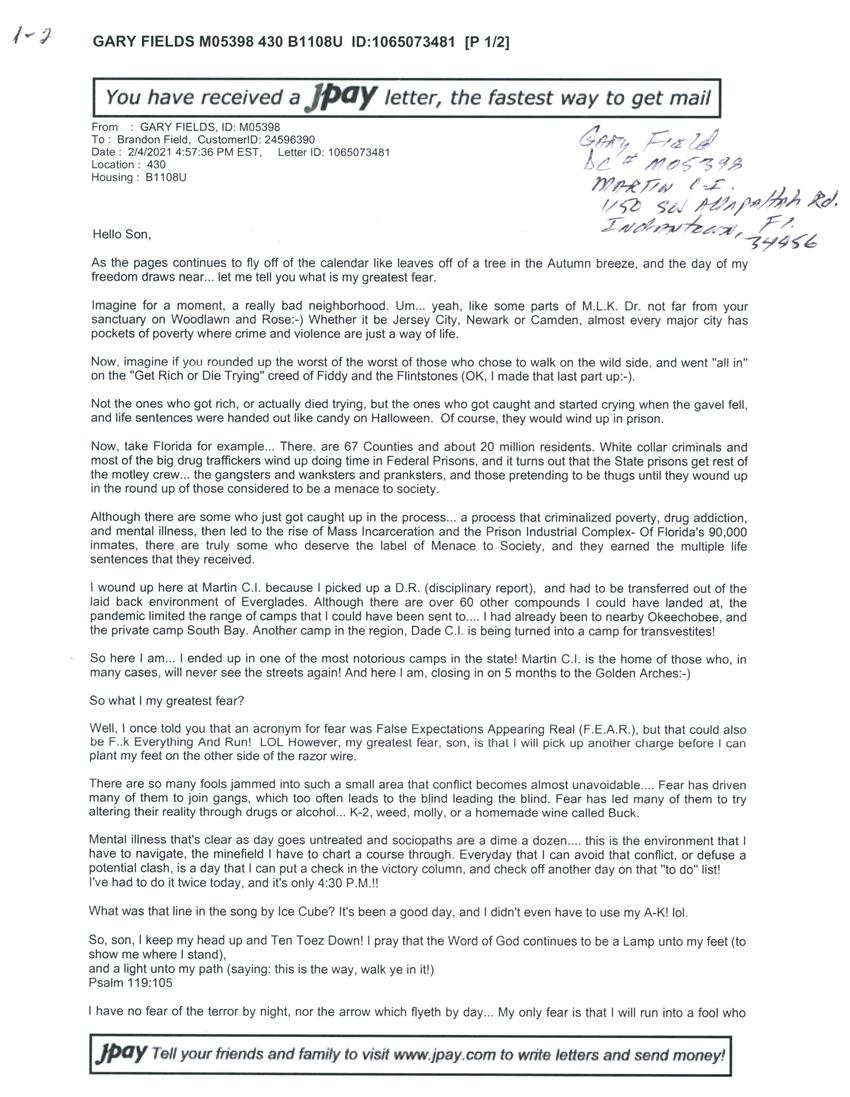 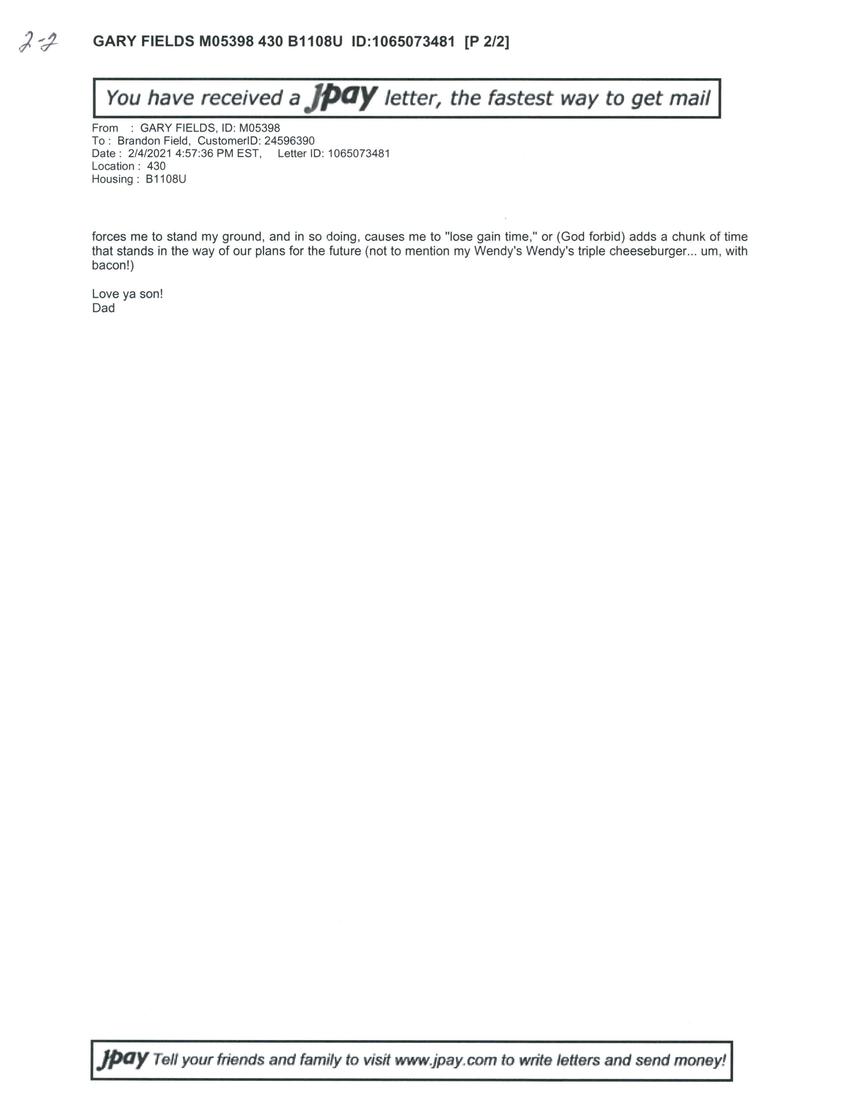 You have received a jpay letter, the fastest way to get mail

As the pages continues to fly off the calendar like leaves off of a tree in the Autumn breeze, and the day of my freedom draws near... let me tell you what is my greatest fear.

Imagine for a moment, a really bad neighborhood. Um... yeah, like some parts of M.L.K. Dr. not far from your sanctuary on Woodlawn and Rose:-) Whether it be Jersey City, Newark or Camden, almost every major city has pockets of poverty where crime and violence are just a way of life.

Now, imagine if you rounded up the worst of the worst of those who chose to walk on the wild side, and went "all in" on the "Get Rich or Die Trying" creed of Fiddy and the Flintstones (OK, I made that last part up:-).

Not the ones who got rich, or actually died trying, but the ones who got caught and started crying when the gavel fell, and life sentences were handed out like candy on Halloween. Of course, they would wind up in prison.

Now, take Florida for example... There are 67 Counties and about 20 million residents. White collar criminals and most of the big drug traffickers wind up doing time in Federal Prisons, and it turns out that the State prisons get rest of the motley crew... the gangsters and wanksters and pranksters, and those pretending to be thugs until they wound up in the round up of those considered to be a menace to society.

Although there are some who just got caught up in the process... a process that criminalizes poverty, drug addiction, and mental illness, then led to the rise off Mass Incarceration and the Prison Industrial Complex- Of Florida's 90,000 inmates, they are truly some who deserve the label of Menace to Society, and they earned the multiple life sentences that they received.

I wound up here at Martin C.I. because I picked up a D.R. (disciplinary report), and had to be transferred out of the laid back environment of Everglades. Although there are over 60 other compounds I could have landed at, the pandemic limited the range of camps that I could have been sent to... I have already been to nearby Okeechobee, and the private camp South Bay. Another camp in the region, Dace C.I. is being turned into a camp for transvestites!

So here I am... I ended up in one of the most notorious camps in the state! Martin C.I. is the house of those who, in many cases, will never see the streets again! And here I am, closing in on 5 months to the Golden Arches:-)

So what is my greatest fear?

Well, I once told you that an acronym for fear was False Expectations Appearing Real (F.E.A.R.), but that could also be F..k Everything and Run! LOL However, my greatest fear, son, is that I will pick up another charge before I can plant my feet on the other side of the razor wire.

There are so many fools jammed into such a small area that conflict becomes almost unavoidable... Fear has driven many of them to join gangs, which too often leads to the blind leading the blind. Fear has led many of them to try altering their reality through drugs or alcohol... K-2, weed, molly, or a homemade wine called Buck.

Mental illness that's clear as day goes untreated and sociopaths are a dime a dozen... this is the environment that I have to navigate, the minefield I have to chart a course through. Everyday that I can avoid that conflict, or defuse a potential crisis, is a day that I can put a check in the victory column, and check off another day on that "to do" list! I've had to do it twice today, and it's only 4:30 P.M.!!

What was that line in the song by Ice Cube? It's been a good day, and I didn't even have to use my A-K! lol.

I have no fear of the terror by night, nor the arrow which flyeth by day... My only fear is that I will run into a fool who forces me to stand my ground, and in so doing, causes me to "lose gain time," or (God forbid) adds a chunk of time that stands in the way of our plans for the future (not to mention my Wendy's Wendy's triple cheeseburger... um, with bacon!)