My Journey of Personal Growth 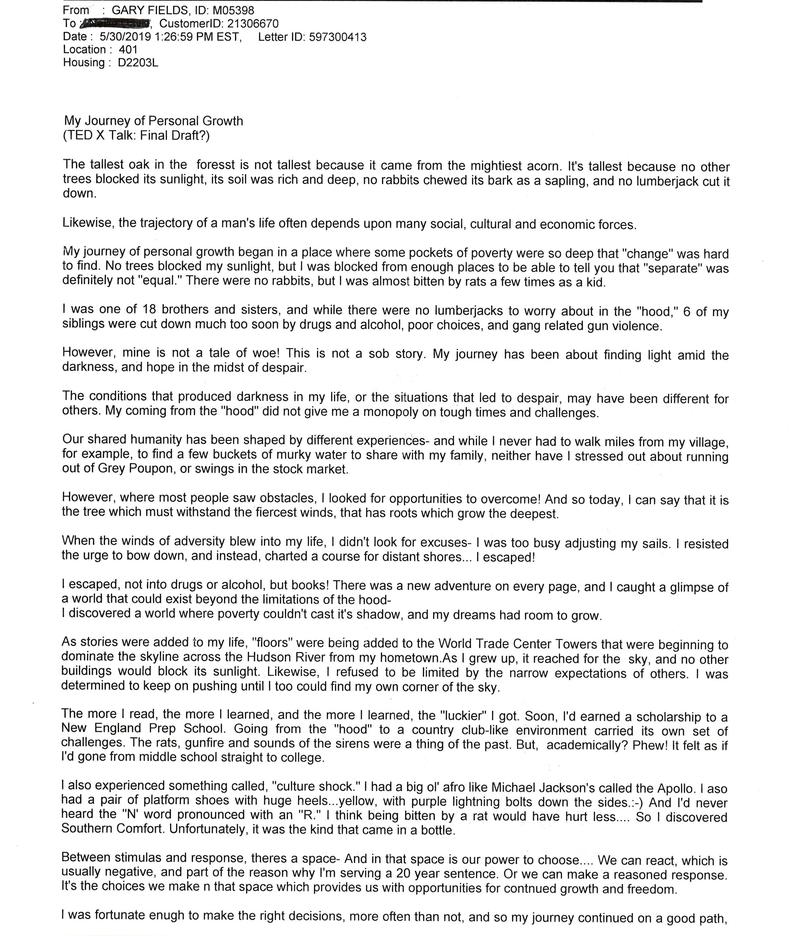 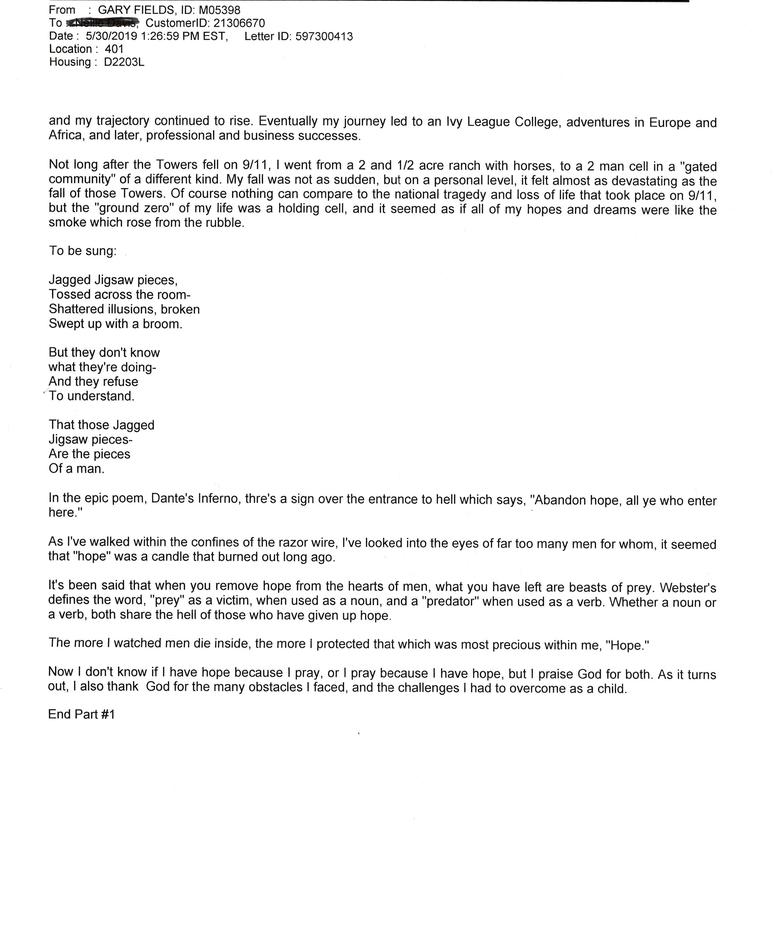 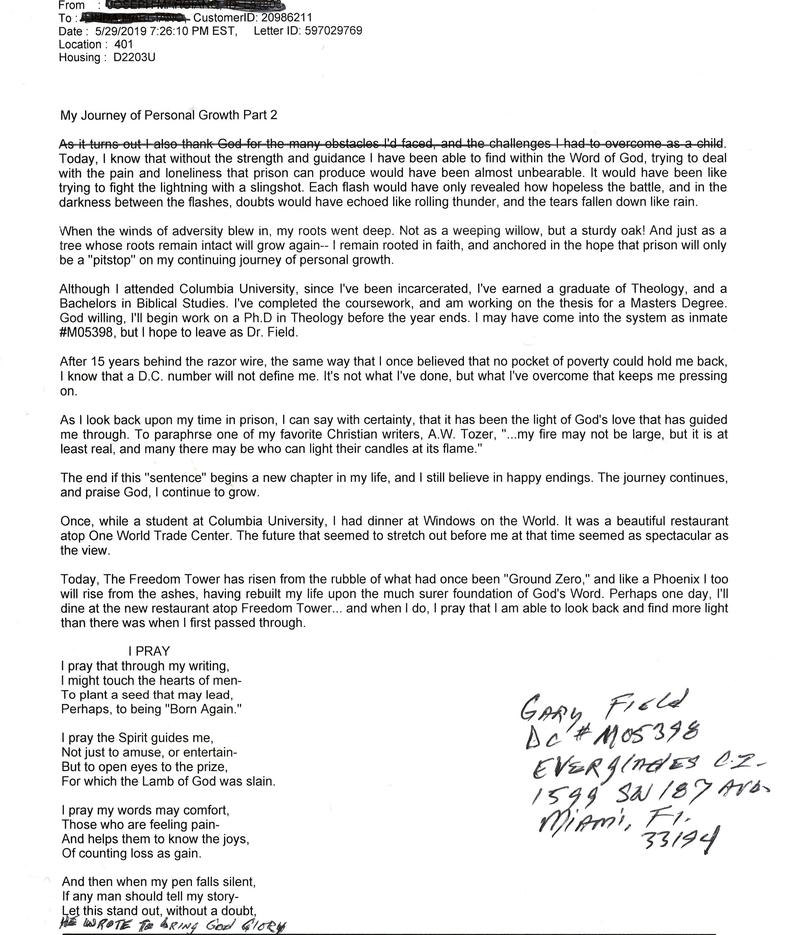 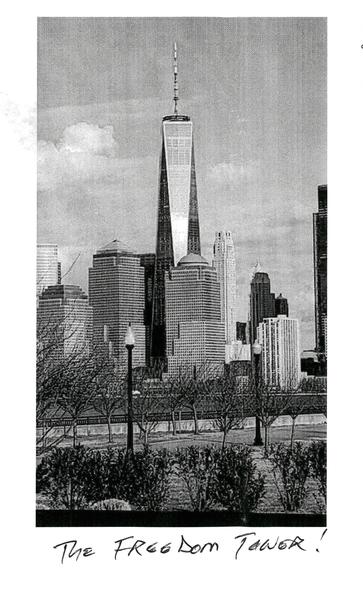 The tallest oak in the foresst is not tallest because it came from the mightiest acorn. It's tallest because no other trees blocked its sunlight, its soil was rich and deep, no rabbits chewed its bark as a sapling, and no lumberjack cut it down.

Likewise, the trajectory of a man's life often depends upon many social, cultural and economic forces.

My journey of personal growth began in a place where some pockets of poverty were so deep that "change" was hard to find. No trees blocked my sunlight, but I was blocked from enough places to be able to tell you that "separate" was definitely not "equal." There were no rabbits, but I was almost bitten by rats a few times as a kid.

I was one of 18 brothers and sisters, and while there were no lumberjacks to worry about in the "hood," 6 of my siblings were cut down too much too soon by drugs and alcohol, poor choices, and gang related gun violence.

However, mine is not a tale of woe! This is not a sob story. My journey has been about finding light amid the darkness, and hope in the midst of despair.

The conditions that produced darkness in my life, or the situations that led to despair, may have been different for others. My coming from the "hood" did not give me a monopoly on tough times and challenges.

Our shared humanity has been shaped by different experiences- and while I never had to walk miles from my village, for example, to find a few buckets of murky water to share with my family, neither have I stressed out about running out of Grey Poupon, or swings in the stock market.

However, where most people saw obstacles, I looked for opportunities to overcome! And so today, I can say that it is the tree which must withstand the fiercest winds, that has roots which grow the deepest.

When the winds of adversity blew into my life, I didn't look for excuses- I was too busy adjusting my sails. I resisted the urge to bow down, and instead, charted a course for distant shores... I escaped!

I escaped, not into drugs or alcohol, but books! There was a new adventure on every page, and I caught glimpse of a world that could exist beyond limitations of the hood-
I discovered a world where poverty couldn't cast it's shadow, and my dreams had room to grow.

As stories were added to my life, "floors" were being added to the World Trade Center Towers that were beginning to dominate the skyline across the Hudson River from my hometown.As I grew up, it reached for the sky, and no other buildings would block its sunlight. Likewise, I refused to be limited by the narrow expectations of others. I was determined to keep on pushing until I too could not find my own corner of the sky.

The more I read, the more I learned, and the more I learned, the "luckier" I got. Soon, I'd earned a scholarship to a New England Prep School. Going from the "hood" to a country club-like environment carried its own set of challenges. The rats, gunfire and sounds of the sirens were a thing of the past. But, academically? Phew! It felt as if I'd gone from middle school straight to college.

I also experienced something called, "culture shock." I had a big ol' afro like Michael Jackson's called the Apollo. I also had a pair of platform shoes with huge heels...yellow, with purple lightning bolts down the sides.:-) And I'd never heard the "N" word pronounced with an "R." I think being bitten by a rat would have hurt less.... So I discovered Southern Comfort. Unfortunately, it was the kind that came in a bottle.

Between stimulas and response, theres a space- And in that space is our power to choose.... We can react, which is usually negative, and part of the reason why I'm serving a 20 year sentence. Or we can make a reasoned response. It's the choices we make n that space which provides us with opportunities for continued growth and freedom.

I was fortunate enough to make the right decisions, more often than not, and so my journey continued on a good path,

and my trajectory continued to rise. Eventually my journey led to an Ivy League College, adventures in Europe and Africa, and later, professional and business successes.

Not long after the Towers fell on 9/11, I went from a 2 and 1/2 acre ranch with horses, to a 2 man cell in a "gated community" of a different kind. My fall was not sudden, but on a personal level, it fell almost as devastating as the fall of those Towers. Of course nothing can compare to the national tragedy and loss of life that took place on 9/11, but the "ground zero" of my life was a holding cell, and it seemed as if all of my hopes and dreams were like the smoke which rose from the rubble.

Jagged Jigsaw pieces,
Tossed across the room-
Shattered illusions, broken
Swept up with a broom.

But they don't know
what they're doing-
And the refuse
To understand.

That those Jagged
Jigsaw pieces-
Are the pieces
Of a man.

In the epic poem, Dante's Inforno, there's a sign over the entrance to hell which says, "Abandon hope, all ye who enter here."

As I've walked within the confines of the razor wire, I've looked into the eyes of far too many men for whom, it seemed that "hope" was a candle that burned out long ago.

It's been said that when you remove hope from the hearts of men, what you have left are beasts of prey. Webster's defines the word, "prey" as a victim, when used as a noun, and a "predator" when used as a verb. Whether a noun or a verb, both shared the hell of those who have given us hope.

The more I watched men die inside, the more I protected that which was most precious within me, "Hope."

Now I don't know if I have hope because I pray, or I pray because I have hope, but I praise God for both. As it turns out, I also thank God for the many obstacles I faced, and the challenges I had to overcome as a child.

My Journey of Personal Growth Part 2

A̶s̶ ̶i̶t̶ ̶t̶u̶r̶n̶s̶ ̶o̶u̶t̶ ̶I̶ ̶a̶l̶s̶o̶ ̶t̶h̶a̶n̶k̶ ̶G̶o̶d̶ ̶f̶o̶r̶ ̶t̶h̶e̶ ̶m̶a̶n̶y̶ ̶o̶b̶s̶t̶a̶c̶l̶e̶s̶ ̶I̶'̶d̶ ̶f̶a̶c̶e̶d̶,̶ ̶a̶n̶d̶ ̶t̶h̶e̶ ̶c̶h̶a̶l̶l̶e̶n̶g̶e̶s̶ ̶I̶ ̶h̶a̶d̶ ̶t̶o̶ ̶o̶v̶e̶r̶c̶o̶m̶e̶ ̶a̶s̶ ̶a̶ ̶c̶h̶i̶l̶d̶.̶ Today, I know that without the strength and guidance I have been able to find within the Word of God, trying to deal with the pain and loneliness that prison can produce would have been almost unbearable. It would have been like trying to fight the lightning with a slingshot. Each flash would have only revealed how hopeless the battle, and in the darkness between the flashes, doubts would have echoed like rolling thunder, and the tears fallen down like rain.

When the winds of adversity blew in, my roots went deep. Not as a weeping willow, but as a sturdy oak! And just as a tree whose roots remain intact will grow again-- I remain rooted in faith, and anchored in the hope that prison will only be a "pitstop" on my continuing journey of personal growth.

Although I attended Columbia University, since I've been incarcerated, I've earned a graduate of Technology, and a Bachelors in Biblical Studies. I've completed the coursework, and am working on the thesis for a Masters Degree. God willing, I'll begin work on a Ph.D in Theology before the year ends. I may have come into the system as an inmate #M05398, but I hope to leave as Dr. Field.

After 15 years behind the razor wire, the same way that I once believed that no pocket of poverty could hold me back, I know that a D.C. number will not define me. It's not what I've done, but what I've overcome that keeps me pressing on.

As I look back upon my time in prison, I can say with certainty, that it has been the light of God's love that has guided me through. To paraphrase one of my favorite Christian writers, A.W. Tozer, "...my fire may not be large, but it is at least real, and many there may be whom can light their candles at its flame."

The end if this "sentence" begins a new chapter in my life, and I still believe in happy endings. The journey continues, and praise God, I continue to grow.

Once, while a student at Columbia University, I had dinner at Windows on the World. It was a beautiful restaurant atop One World Trade Center. The future that seemed to stretch out before me at that time seemed as spectacular as the view.

Today, The Freedom Tower has risen from the rubble of what had once been "Ground Zero," and like a Phoenix I too will rise from the ashes, having rebuilt my life upon the much surer foundation of God's Word. Perhaps one day, I'll dine at the new restaurant atop Freedom Tower... and when I do, I pray that I am able to look back and find more light than there was when I first passed through.

I PRAY
I pray that through my writing,
I might touch the hearts of men-
To plant a seed that may lead,
Perhaps, to being "Born Again."

I pray the Spirit guides me,
Not just to amuse, or entertain-
But to open eyes to the prize,
For which the Lamb of God was slain.

I pray my words may comfort,
Those who are feeling pain-
And helps them to know the joys,
Of counting loss as gain.

And then when my pen falls silent,
If any man should tell my story-
Let this stand out, without a doubt,
He wrote to bring God glory